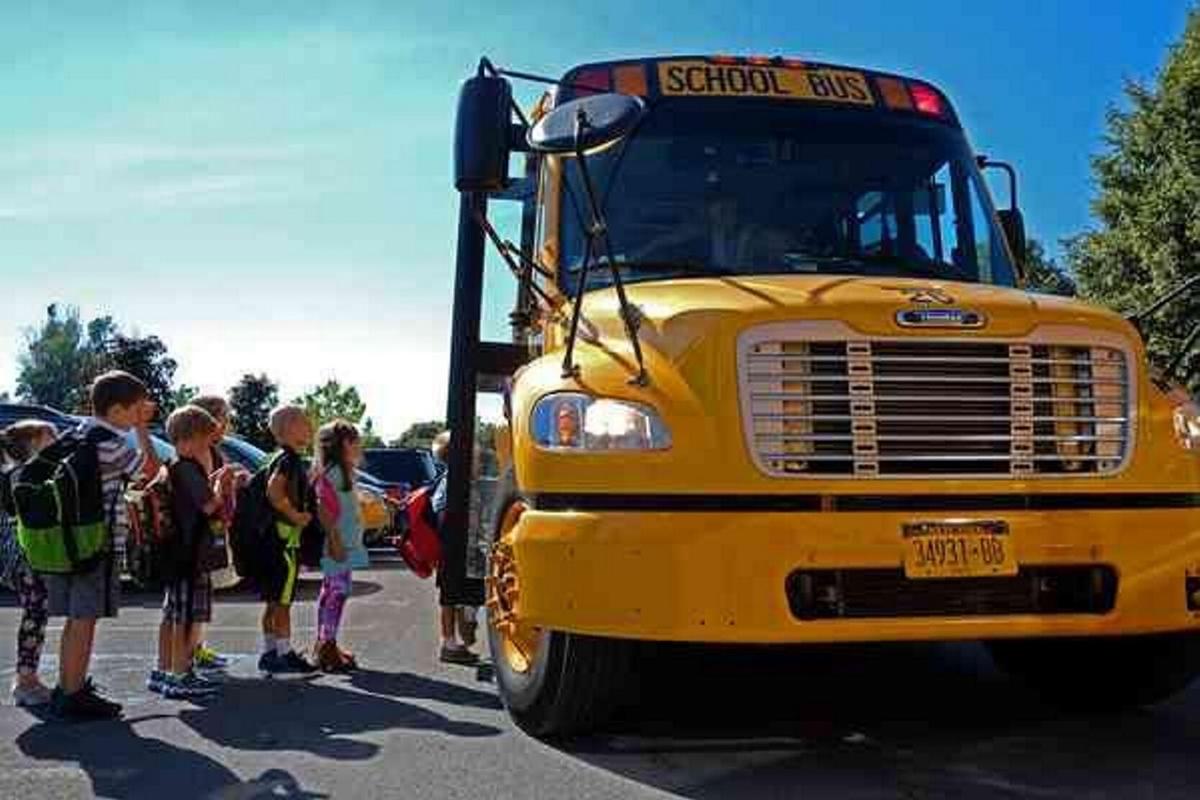 Children wait in line to board the school bus on the first day of classes in 2018 at Knickerbocker School in Watertown. Watertown Daily Times 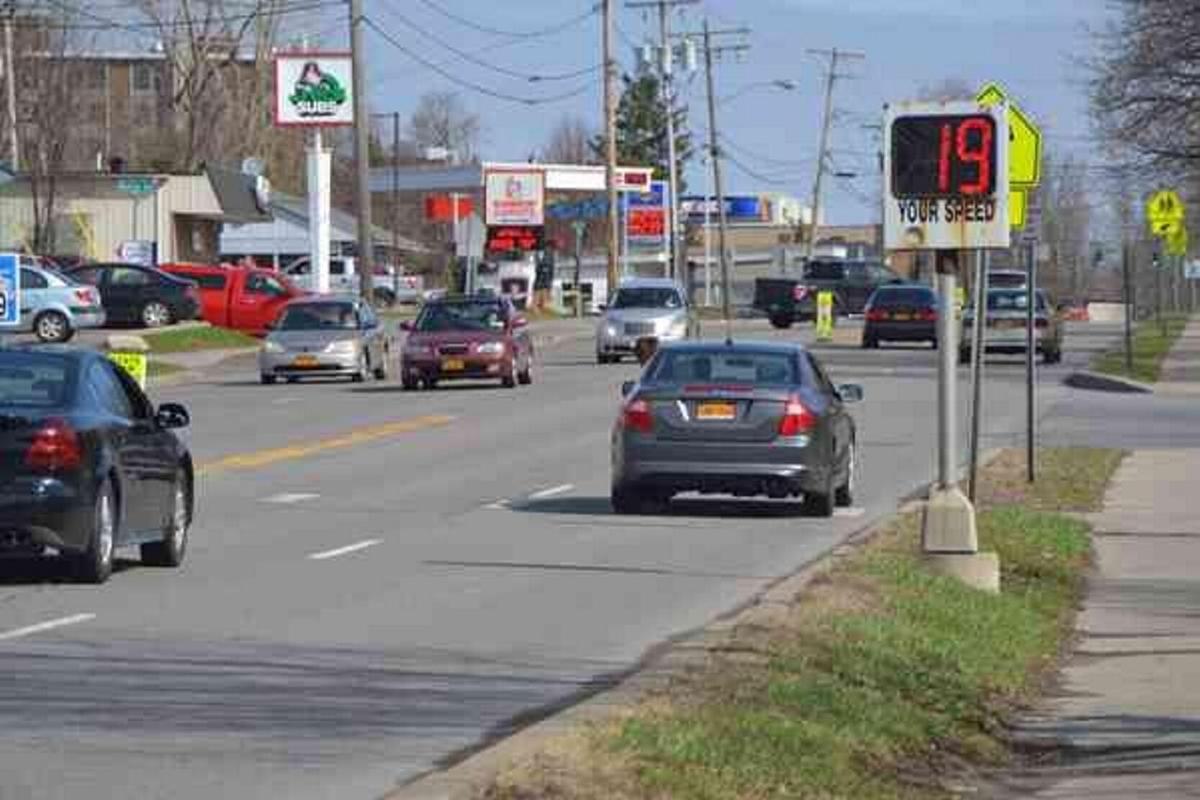 A digital sign alerts drivers to how fast they’re traveling through a school zone on Washington Street in Watertown. Jerry Moore/Watertown Daily Times

Children wait in line to board the school bus on the first day of classes in 2018 at Knickerbocker School in Watertown. Watertown Daily Times

A digital sign alerts drivers to how fast they’re traveling through a school zone on Washington Street in Watertown. Jerry Moore/Watertown Daily Times

As summer comes to a close, an old ritual has returned to the north country.

Streets and sidewalks are crowded with children going to school. So with the beginning of a new academic year, motorists should take precautions to ensure the safety of students waiting along roadways, riding their bikes or walking.

“School days bring congestion: School buses are picking up their passengers; kids on bikes are hurrying to get to school before the bell rings; harried parents are trying to drop their kids off before work,” according to information on the website for the National Safety Council. “It’s never more important for drivers to slow down and pay attention than when kids are present — especially before and after school.”

Motorists should take note of where children congregate while waiting for school buses.

And adhere to laws pertaining to school bus safety.

It is illegal for vehicles to pass school buses that come to a halt and flash their red lights. A first conviction for violating this law carries a fine of between $250 and $400 and up to 30 days imprisonment. Penalties increase from this point, so breaking the law is dangerous for pedestrians and can be costly for offenders.

“According to research by the National Safety Council, most of the children who lose their lives in bus-related incidents are 4 to 7 years old, and they’re walking,” the NSC reports on its website. “They are hit by the bus or by a motorist illegally passing a stopped bus.”

The NSC recommends the following:

n Don’t block the crosswalk when stopped at a red light or waiting to make a turn, forcing pedestrians to go around you; this could put them in the path of moving traffic.

n In a school zone when flashers are blinking, state law mandates that drivers stop and yield to pedestrians crossing the crosswalk or intersection.

n Always stop for a school patrol officer or crossing guard holding up a stop sign.

n Take extra care to look out for children in school zones, near playgrounds and parks and in all residential areas.

n Don’t honk or rev your engine to scare a pedestrian, even if you have the right of way.

Parents or guardians driving children to school should familiarize themselves with drop-off/pick-up regulations. The NSC advises the following measures:

n Don’t double park; it blocks visibility for other children and vehicles.

n Don’t load or unload children across the street from the school.

n Carpool to reduce the number of vehicles at the school.

“On most roads, bicyclists have the same rights and responsibilities as vehicles, but bikes can be hard to see,” according to the NSC. “Children riding bikes create special problems for drivers because usually they are not able to properly determine traffic conditions. The most common cause of collision is a driver turning left in front of a bicyclist.”

The organization suggests the following:

n When passing a bicyclist, proceed in the same direction slowly, and leave 3 feet between your car and the cyclist.

n When turning left and a bicyclist is approaching in the opposite direction, wait for the rider to pass.

n If you’re turning right and a bicyclist is approaching from behind on the right, let the rider go through the intersection first, and always use your turn signals.

n Watch for bike riders turning in front of you without looking or signaling; children especially have a tendency to do this.

n Watch for bikes coming from driveways or behind parked cars.

n Check side mirrors before opening your door.

Observing common-sense rules will help benefit everyone sharing our roadways. Drivers should plan to take a little extra time for their commutes. We all need to make sure that children arrive at their schools safe and sound.