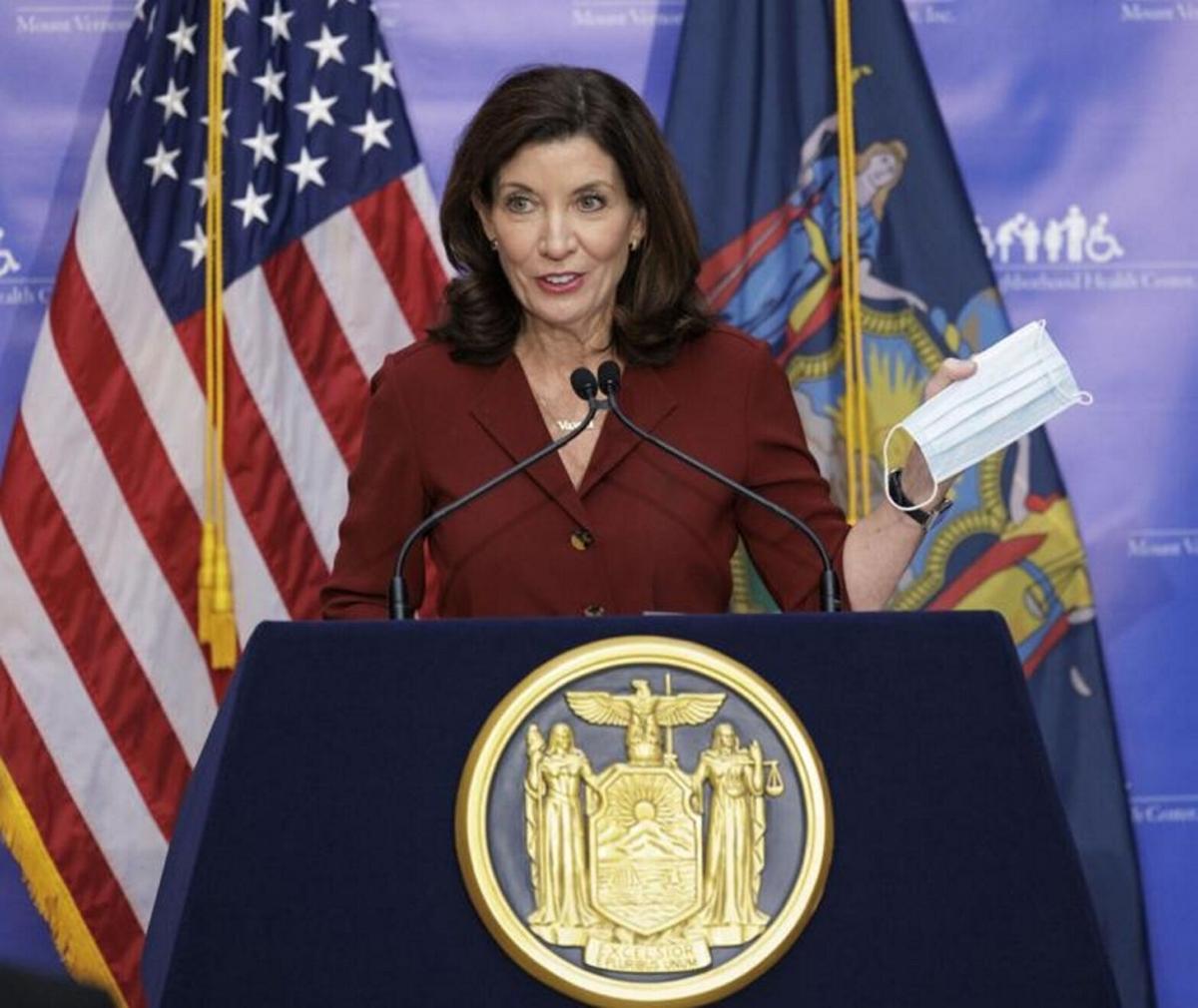 Gov. Kathy Hochul has downplayed the need for an investigation into how the Cuomo administration handled the novel coronavirus pandemic. Courtesy of Gov. Kathy Hochul’s office 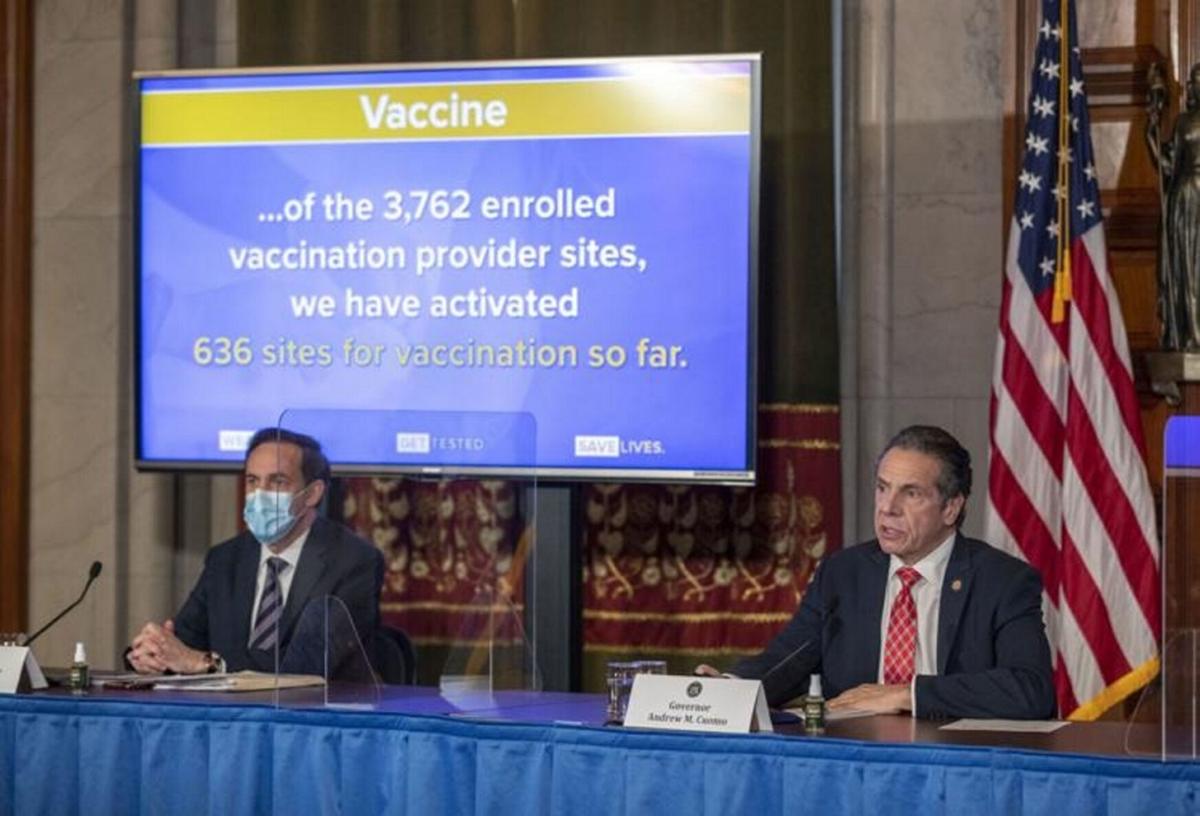 Gov. Kathy Hochul has downplayed the need for an investigation into how the Cuomo administration handled the novel coronavirus pandemic. Courtesy of Gov. Kathy Hochul’s office

Transcripts recently released pertaining to an investigation of former Gov. Andrew Cuomo provided some troubling details about his administration.

State Attorney General Letitia James made more than 500 pages of testimony available to the public Nov. 10 along with some exhibits. They pertained to the investigation overseen by her office into allegations of sexual harassment and assault made by 11 women against Cuomo.

Much of what was revealed in the transcripts was already widely known. But the testimony of one public health official raised new concerns. Dr. Elizabeth Dufort, the former director of epidemiology for the state Health Department, said Cuomo thwarted staff members from collaborating with their counterparts in local government agencies.

“Former Gov. Andrew Cuomo’s need for control hampered health officials’ COVID response, according to a former top state Health Department infectious disease expert. The Cuomo administration actively barred state health officials from collaborating with their local counterparts in [New York City] during the height of the pandemic and forced nearly all decisions to be routed through the executive chamber, Dr. Elizabeth Dufort, the former medical director of the state health department’s office of epidemiology told investigators probing sexual harassment allegations against Cuomo,” according to a story published Nov. 12 by the New York Daily News. “The claims were buried in reams of testimony released earlier this week by Attorney General Letitia James’s office, which oversaw the independent investigation into Cuomo’s behavior. She recounted former superintendent of the state Department of Financial Services Linda Lacewell berating a health official over COVID testing and webinars with local health departments being prohibited. … The edicts from on high came as Cuomo publicly clashed with Mayor de Blasio over mask mandates and shutdowns, their longstanding feud seemingly exacerbated by the pandemic. Dufort said that the Cuomo administration’s micromanaging often delayed important information from reaching local health departments and providers. … Dufort, who left her job with the state last year, also noted that dozens of top-level health officials had left during the course of the pandemic amid concerns about how the Cuomo administration handled data regarding nursing home deaths and other matters. She said she knew of at least 28 ‘highly experienced individuals’ who had exited.”

Anne McCloy, a news anchor for WRGB-TV is Albany, asked Gov. Kathy Hochul on Monday if she believes an investigation into the previous administration’s conduct is warranted. Sadly, Hochul danced around the issue and indicated that a probe of the incidents described wasn’t necessary.

“If you’re talking about an investigation on top of an investigation, I’m not sure what purpose that serves. The Department of Health under my administration knows they’re expected to be fully transparent,” Hochul said. “It’s not whether there’s another pandemic; it’s who in charge of the state that has changed. That’s the difference.”

This response is unacceptable. It’s obvious that staff members of the state DOH know they should be fully transparent. And it’s also obvious that someone else is overseeing the executive branch of state government.

State officials and legislators have a horrendous habit of concealing the less honorable aspects of government operations. Many sexual scandals have been swept under the rug with back door deals and hush money.

By promising to be more open going forward, Hochul is reverting back to this infuriating trend of trying to keep dirty laundry under wraps. She insists we don’t need to peek at what went on under Cuomo because she’s now in charge of the Executive Chamber.

Yes, we need an extensive look into how the Cuomo administration handled the pandemic. The former governor and other officials made some dreadful decisions that lost numerous lives. Many unanswered questions about these choices should be addressed.

State authorities must not be allowed to slap a smiley face on the ugly parts of operations in Albany and tell us there’s nothing to see. Hochul has to trust us enough to make that determination for ourselves.

When she took over as governor after Cuomo resigned, Hochul said she would clean house. But if refusing to recommend an investigation into a legitimate controversy over public health is part of her cleaning strategy, she needs a stronger disinfectant.

I guess the usual commenters are inly concerned about Elise, not the Cuomo. The hypocrisy is truly immeasurable