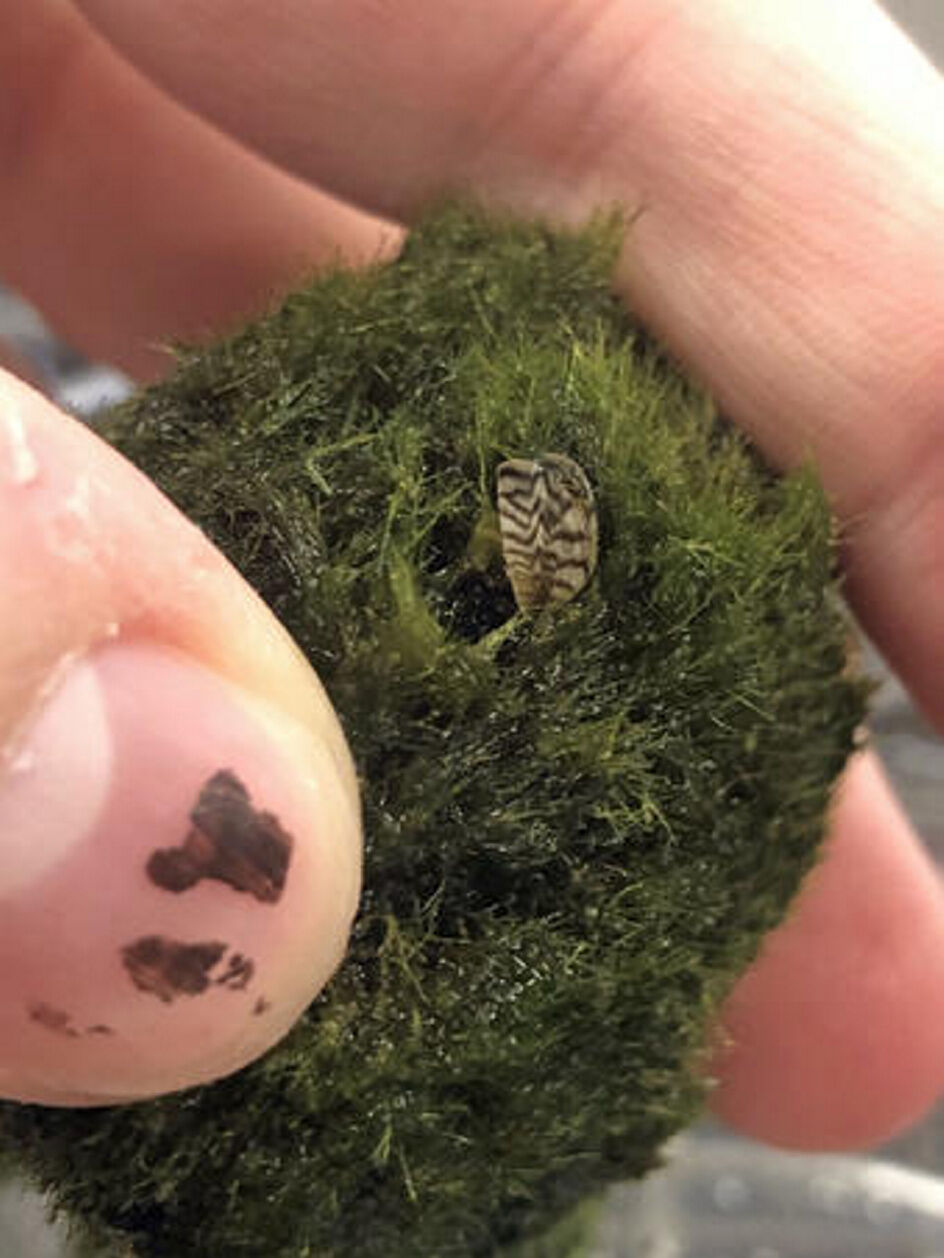 The state Department of Environmental Conservation issued a warning that zebra mussels were being found in moss balls being used for aquariums. Screenshot

The state Department of Environmental Conservation issued a warning that zebra mussels were being found in moss balls being used for aquariums. Screenshot

While it’s the size of a fingernail, the zebra mussel can cause a lot of havoc in local waterways.

Governmental authorities recently warned that the invasive species has been found in moss balls purchased at various pet stores dozens of states including New York. Moss balls are used as aquarium plants, and zebra mussels can attach themselves to or burrow inside the moss balls. The first report came last month from a PetCo in Seattle.

“The New York State Department of Environmental Conservation is urging pet and aquarium stores and consumers to immediately remove and properly dispose of commercially purchased ‘moss balls’ for aquariums after invasive zebra mussels were discovered inside and on some of these products, as reported by the U.S. Fish and Wildlife Service. Consumers should be advised that moss ball products purchased from PetSmart and Petco may be subject to a voluntary product recall. Zebra mussels are an aquatic invasive species that can cause environmental and economic harm. Several species of algae comprise moss balls, which are 2 to 5 inches in diameter. Zebra mussel larvae are so small that people cannot see them. If released, these larvae can cause great harm to waterbodies,” according to a news release issued March 9 by the state Department of Transportation. “Zebra mussels can quickly take over once established in a waterbody. These invasive pests will disrupt the food chain, change water chemistry and clog water intake and delivery systems for drinking water, irrigation and hydro power. Live mussels released into a storm drain or flushed could be introduced into a waterway, starting a new population and causing significant damage.

“AIS are non-native aquatic plants and animals that can cause environmental and economic harm, as well as harm to human health. New Yorkers can help protect the state’s waters by preventing AIS from entering lakes, rivers and ponds from aquarium releases.”

Vigilance is needed to ensure troublesome pests are prevented from being introduced into waterways. The state DEC created the Watercraft Inspection Steward Program, through which boats are inspected upon entry and exit.

The state DEC offers the following advice on disposing of zebra mussels:

“Dispose of moss balls removed from tanks in a sealed garbage bag. Other aquarium plants should also be disposed of as they may harbor zebra mussels. To disinfect a tank after safely removing any animals, apply household bleach — one cup of bleach per gallon of water — and let it sit for 10 minutes before disposing of water down the sink or toilet.

“Disinfect filters, gravel and structures with a solution of bleach. Water from filters must also be treated with household bleach before disposing of water down the sink or drain. For larger tanks that cannot be easily drained, email isinfo@dec.ny.gov for instructions.

“If zebra mussels are in a tank or on a moss ball, take a photo if possible and report the observation via email isinfo@dec.ny.gov or by phone, 518-402-9405. And be advised, just because zebra mussels might not be seen does not mean their larvae are not present.”

People with aquariums are urged to familiarize themselves with the facts of this recent discovery. Anyone who uses moss balls should dispose of them according to the recommended procedures. Visit https://www.invasivespeciesinfo.gov/zebra-mussels-found-aquarium-moss-balls or https://www.dec.ny.gov/press/122505.html for more information.