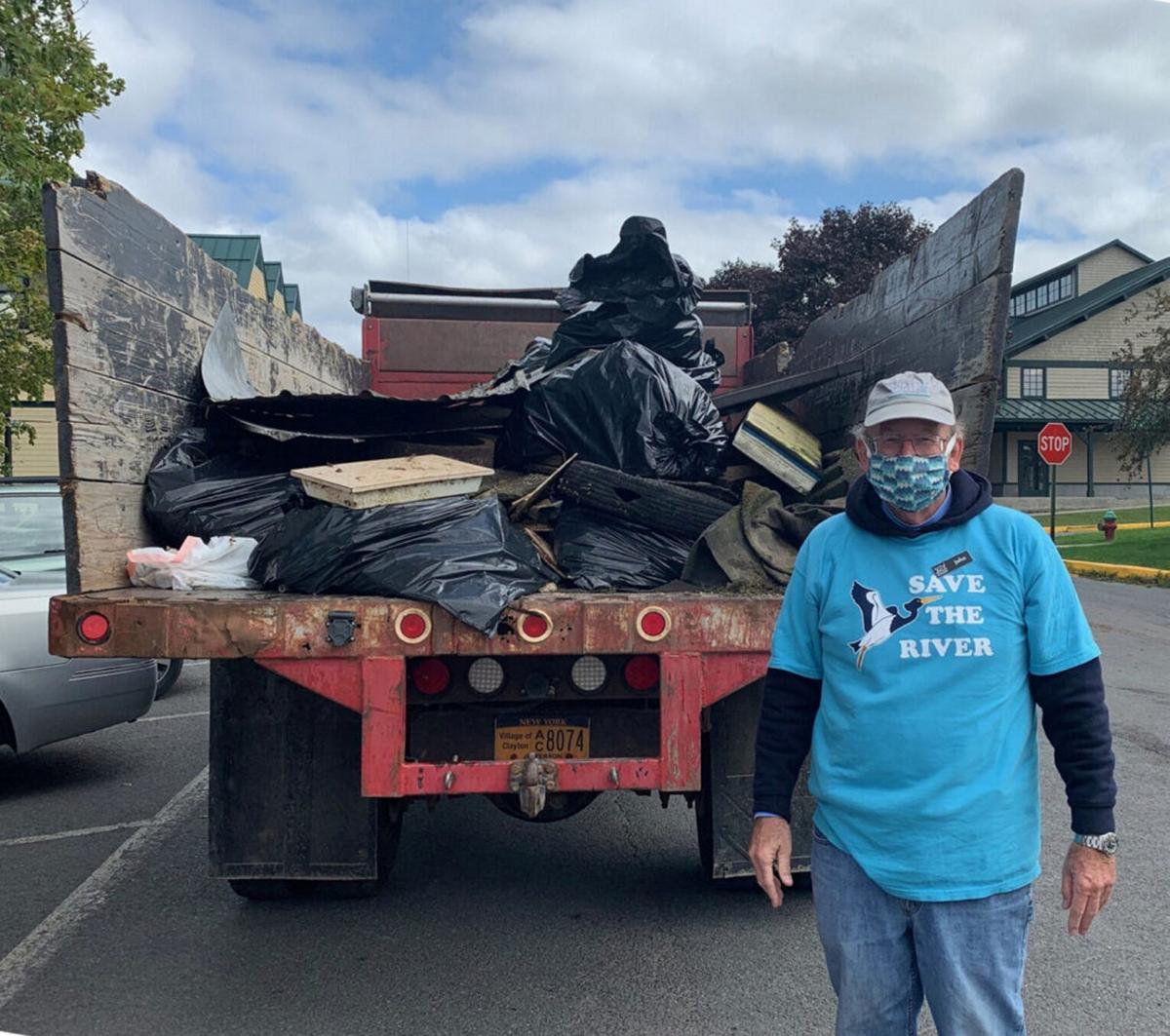 John M. Peach, executive director of Save the River, stands next to a truck piled with bags of trash that he and a team of volunteers removed from the St. Lawrence River along Clayton on Sept. 17. Photo provided 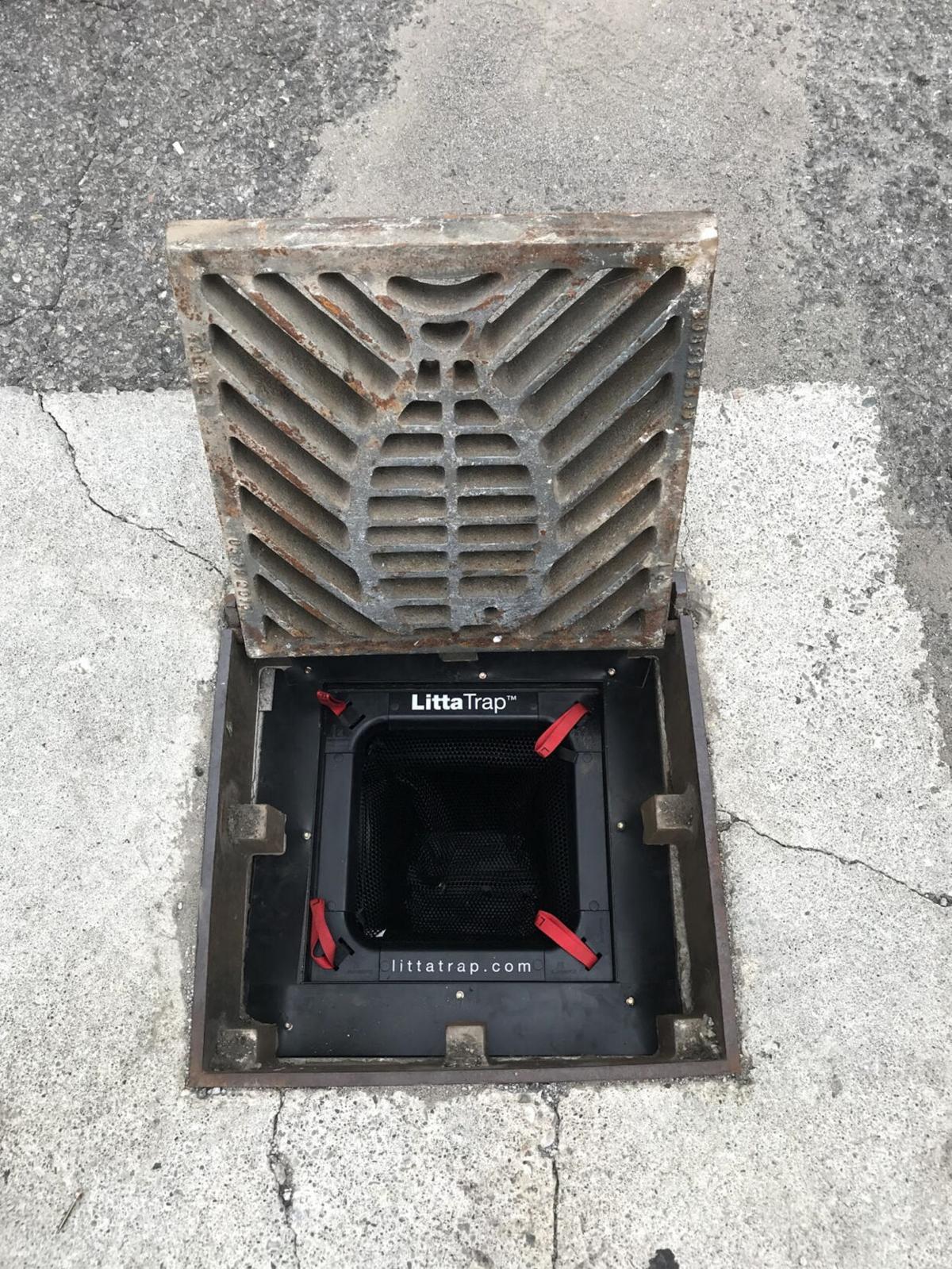 A LittaTrap installed in a sewer grate shows how the device captures trash. Photo provided

John M. Peach, executive director of Save the River, stands next to a truck piled with bags of trash that he and a team of volunteers removed from the St. Lawrence River along Clayton on Sept. 17. Photo provided

A LittaTrap installed in a sewer grate shows how the device captures trash. Photo provided

The Save the River organization wants to remove trash collecting in the St. Lawrence River along Clayton.

Based in the village, Save the River holds an annual Trash Free River Cleanup event. Last year, the group collected three truckloads of trash removed from the St. Lawrence River.

Members of the organization want to do more. Executive Director John M. Peach said the group wants to purchase specific items to help volunteers keep the waterways free from pollution.

“Mr. Peach said the group is looking to install SeaBins and LittaTraps in and around the village to catch most of the litter that ends up in the water. SeaBins are floating plastic garbage traps, Mr. Peach said,” according to a story published Thursday by the Watertown Daily Times. “LittaTraps, Mr. Peach explained, are essentially nets that can be installed in storm water runoff drains along the street. The netting catches any trash that washes into the grate before it can make it into the sewer system or the river. They can also be installed in the sewage pipes in an area where the water flows directly into the river. Mr. Peach said Save the River has already received some interest from local businesses, including a number of marinas, and from the village to have the devices installed.

“Mr. Peach said he was seeking a grant to purchase the equipment this year, which fell through, but is optimistic they will find the necessary funding soon,” the article reported. “The SeaBins cost about $6,000 per unit, while the LittaTraps can run for about $500 per unit. Mr. Peach said he has no real idea yet of how many would be necessary, but his initial plan was to order as many as the grant the organization receives would allow. SeaBins have received a lot of international attention due to their widespread use in Australia and Europe. Recently, ecological groups and local governments in Canada began installing SeaBins as well, including in the waters of Lake Ontario along Toronto’s shoreline.”

Members of Save the River would need to work out some issues over how to best deploy the SeaBins under specific circumstances. The main obstacle now is funding for the items the group needs to put its plan into action. We hope the organization is able to secure the money it needs to carry on with this project.

Another aspect of this is the volunteer help that would be needed. Save the River has a way for residents to assist with this and other endeavors.

“You can help be our eyes and ears out on the river by joining the Riverkeeper Monitoring Program,” according to information on Save the River’s website. “Volunteers learn about how to identify wildlife and pollution issues and how to report pollution problems.”

Save the River performs a vital function in ensure our waterways remain as habitable as possible.

“Since 1978, Save the River has been the leading grass-roots advocacy organization working to protect the St. Lawrence River,” its website said. “As the region’s only environmental watchdog group, Save the River takes an active role in river policy issues. Over the years, Save the River has fought to stop winter navigation, expansion of the St. Lawrence Seaway infrastructure, pressed for better spill response planning and sought public accounting of shipping accidents and campaigned for better water levels management.”

We all need to support organizations such as Save the River to preserve a clean environment. Visit its website at www.savetheriver.org/, or call 315-686-2010 for more information.