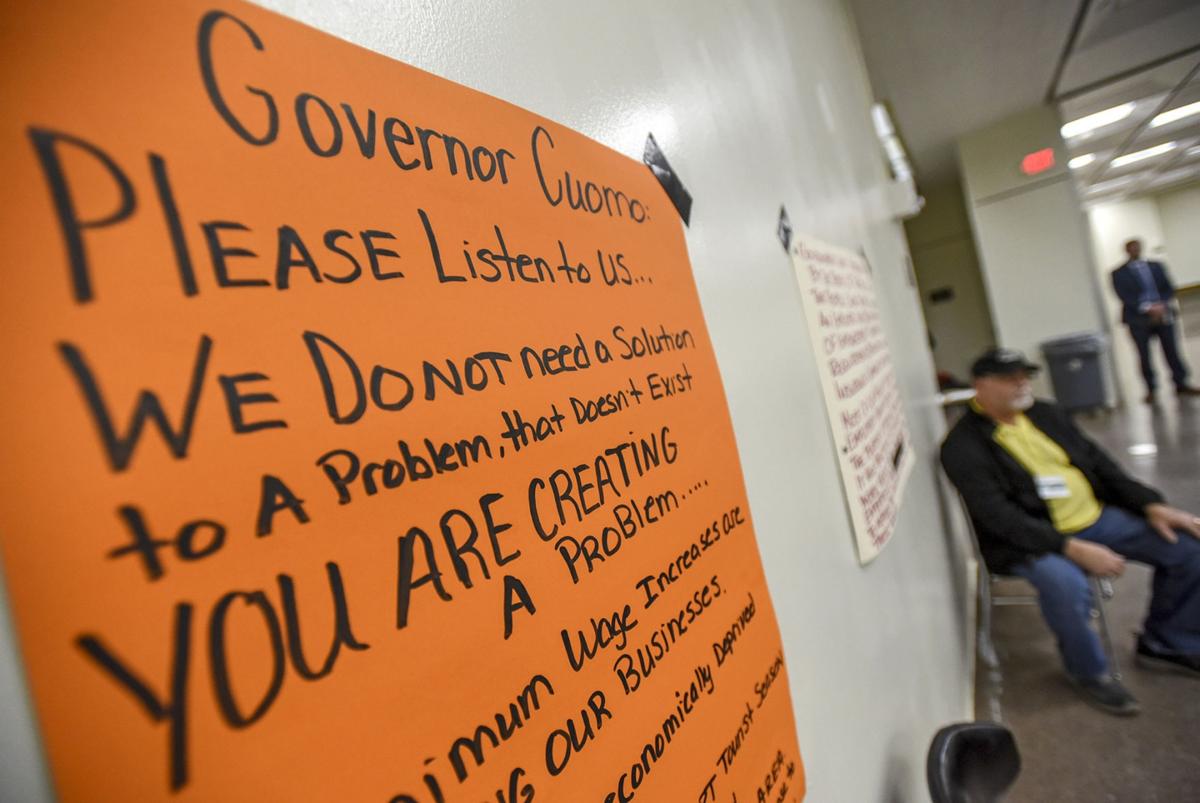 An open letter to Gov. Andrew M. Cuomo is taped to the wall at a subminimum wage hearing at the Dulles State Office Building in Watertown on April 25, 2018. Watertown Daily Times 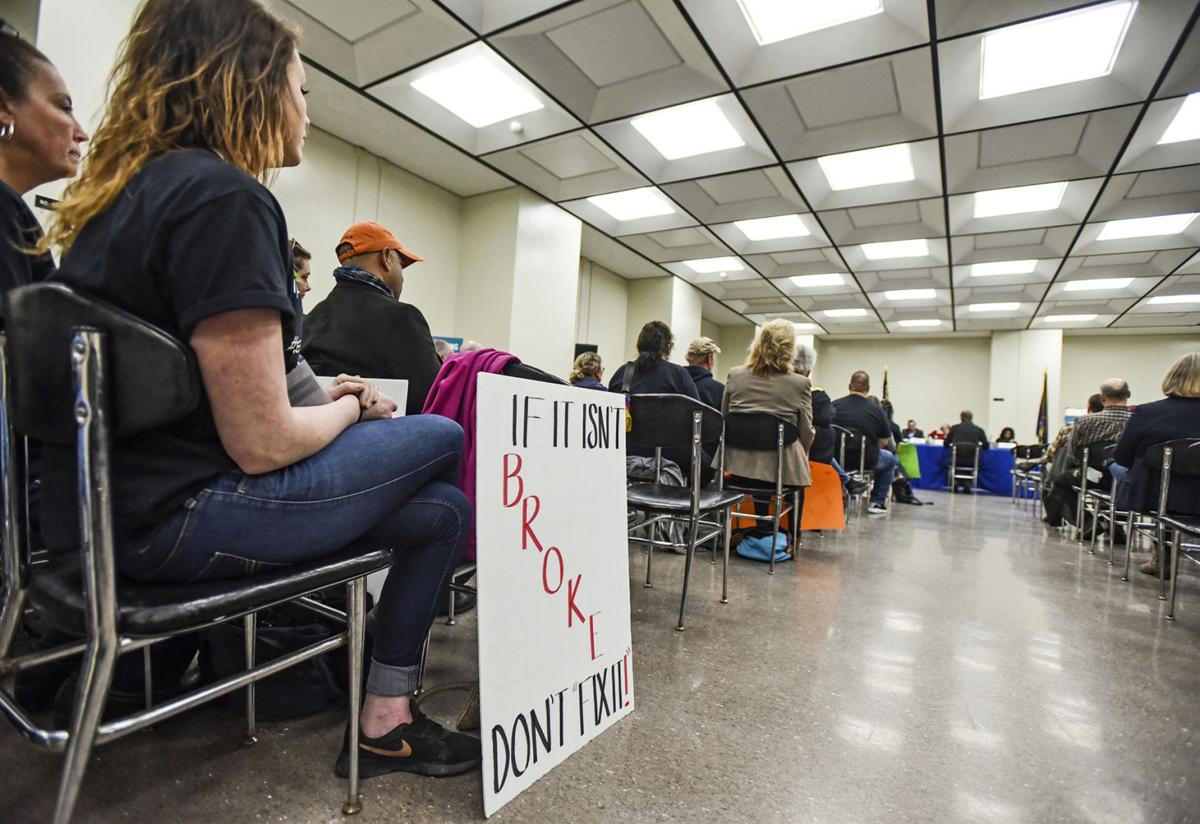 Servers, restaurant owners, local officials and other community members listen to testimony offered by individuals during a subminimum wage hearing at the Dulles State Office Building in Watertown on April 25, 2018. Watertown Daily Times

An open letter to Gov. Andrew M. Cuomo is taped to the wall at a subminimum wage hearing at the Dulles State Office Building in Watertown on April 25, 2018. Watertown Daily Times

Servers, restaurant owners, local officials and other community members listen to testimony offered by individuals during a subminimum wage hearing at the Dulles State Office Building in Watertown on April 25, 2018. Watertown Daily Times

For several years, we have spoken out on this page against Gov. Andrew M. Cuomo’s habit of manipulating the wages required to be paid to certain employees in certain industries.

With little regard for the financial strains they confront, Mr. Cuomo has at times unilaterally decided that merchants make enough money to pay wages that are more to his liking. This is but one example, we’ve previously reminded readers, of how New York is not open for business.

More than two years ago, Mr. Cuomo took issue with the tip credit paid to many people who work in food service and hospitality jobs. This is the difference between the minimum wage and the cash wages offered to employees who receive tips. If workers earn enough in tips, their employers can pay wages below the minimum wage.

“At the end of day, this is a question of basic fairness. In New York, we believe in a fair day’s pay for a fair day’s work and that all workers deserve to be treated with dignity and respect,” Mr. Cuomo said in a news release issued by his office Dec. 17, 2017. “There should be no exception to that fairness and decency.”

The governor directed the state Department of Labor to hold hearings on the issue. And a funny thing happened during the one at the Dulles State Office Building in Watertown in April 2018.

Many restaurant employees whose interests Mr. Cuomo claimed to be protecting told authorities they prefer the system the way it is. They can actually make more money than they could with a standard wage set up law.

Last month, the state Department of Labor announced that the subminimum wage was being eliminated. Once again, Mr. Cuomo has chosen to act as the chief financial officer for New York businesses — he does this without the possibility of suffering any consequences in how his decisions will affect these companies.

Fortunately, this announcement wasn’t as bad as it could have been. Servers and other employees of the hospitality industry who receive tips will not be affected.

“The state will phase in the change with two steps. The subminimum wage will increase to $10.90 per hour for many low tip workers and $10.35 for many high tip workers by June 20, but then both workers will receive minimum wage by Dec. 31, 2020, which will equal $12.50 for upstate New York workers,” a story published Thursday by the Watertown Daily Times reported. “The minimum wage has increased annually for the past several years. The subminimum wage has been increasing over the years. Restaurateurs will pay tipped food service workers $7.85 per hour, so long as they receive at least another $3.95 per hour in tips, but will have to pay them $8.35 per hour by Dec. 31, 2020, so long as they earn at least another $4.15 per hour in tips, according to the Labor Department.”

Food service employees expressed themselves at the state hearings, and thankfully the people in charge listened to them. We could use more of this attitude in Albany, but this is a good start.