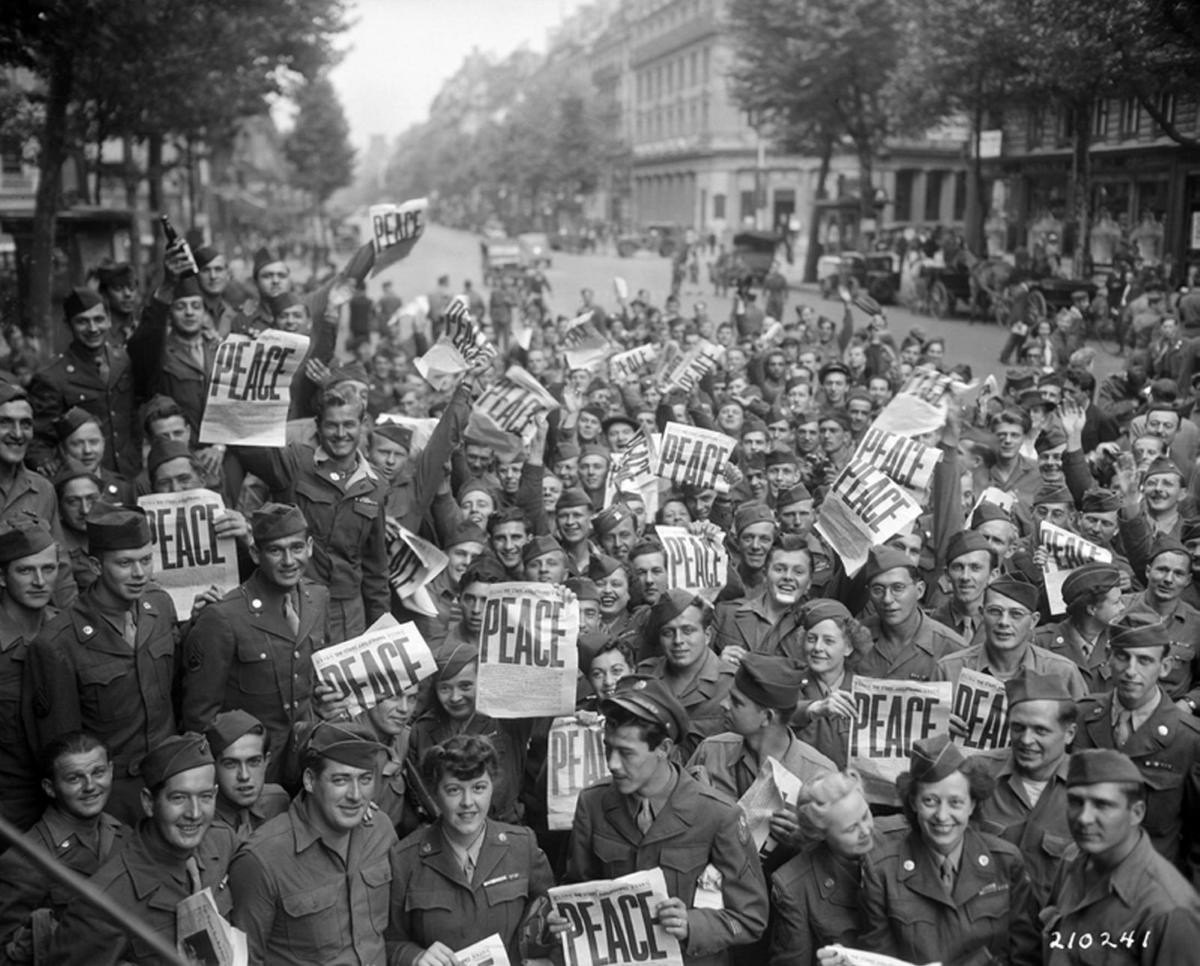 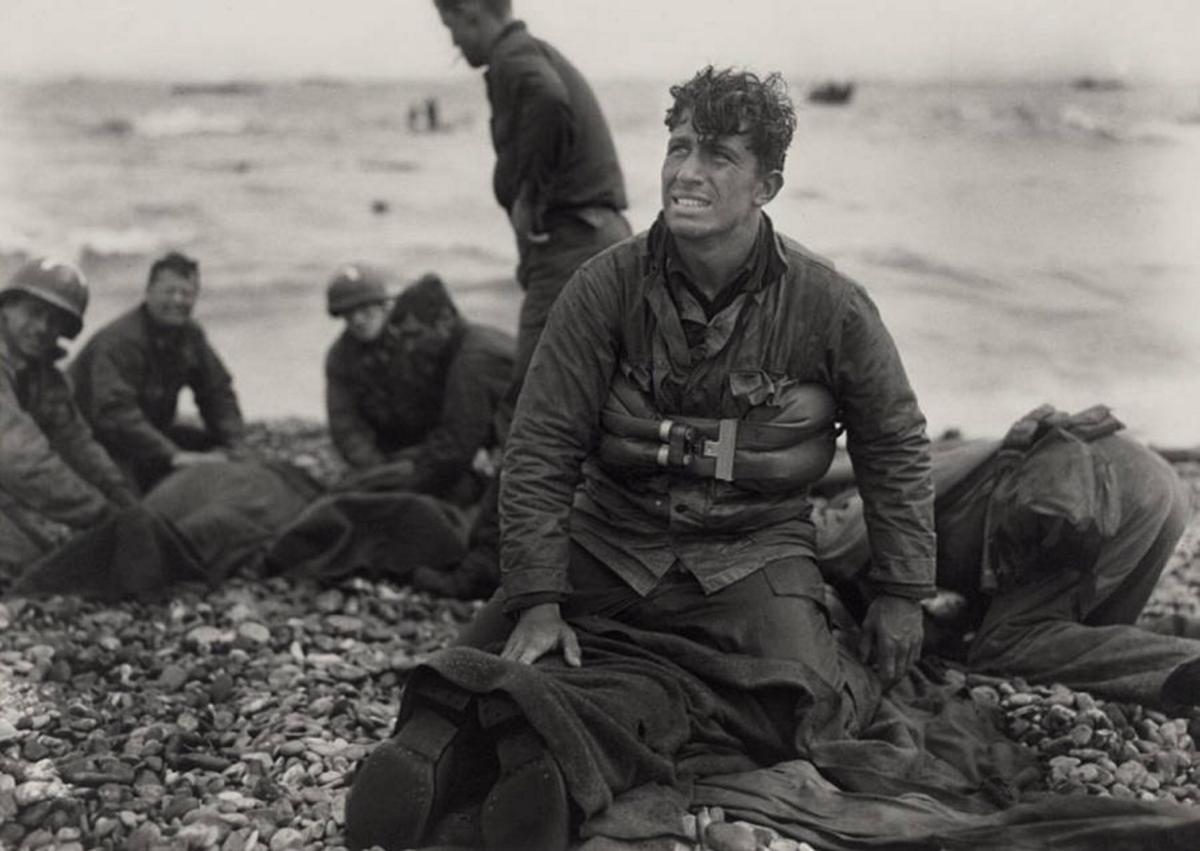 U.S. soldiers recover the dead on Omaha Beach following the completion of the initial assault of Operation Overlord, when Allied troops opened another front in Normandy, France, on D-Day in June 1944. Walter Rosenblum/Library of Congress/Wikimedia Commons

U.S. soldiers recover the dead on Omaha Beach following the completion of the initial assault of Operation Overlord, when Allied troops opened another front in Normandy, France, on D-Day in June 1944. Walter Rosenblum/Library of Congress/Wikimedia Commons

The stakes for the Allied forces in securing victory during World War II could not have been higher.

They confronted malevolent ideologies enforced by powerful and determined militaries (Germany and Italy in Europe, and Japan in the Pacific). The lives of millions of people across the globe were put at great peril.

What would all the nations involved look like had the Axis powers won? How would relations between the many cultures engaged in the struggle been altered?

Seeing the evil carried out in the name of conquest, it is a horror to contemplate such a result. Humanity itself hung in the balance.

The governments prosecuting the war on the Allied side had dirty hands themselves in some respects. Black Americans, for example, were proud to serve the United States in this conflict — only to be relegated to second class citizenry once they returned home. We as a society are still fighting some of these battles.

But forcing numerous people worldwide to live under the tyranny of the Axis forces was unacceptable. We needed to defeat this wickedness for good.

And we did achieve victory, but it came at a frightful cost in human lives. According to the National WWII Museum’s website, about 45 million people — military personnel and civilians — died during the war. Of those, about 418,500 were Americans.

The individuals who died came from all across the country. They were united in their resolve to help restore liberty to people around the world and, thus, preserving it here.

It was a noble cause, but that likely was small comfort to all those who lost loved ones. Many people mourned the death of their children, siblings, spouses, parents, relatives and friends.

World War II ended 75 years ago. Victory in Europe Day was observed May 8, and Victory over Japan Day will be marked Aug. 15.

We witnessed the worst of human cruelty against other humans during this period. Carried out with depraved efficiency by the Nazis, the Holocaust resulted in the systematic slaughter of at least 6 million Jewish people.

How did the world get to the point where this atrocity was even possible? Why did so many stay silent and let it happen?

Such questions haunt us to this day, and we may never answer these questions. That being the case, it’s our moral obligation to oppose any attempt to rekindle the evil that prompted it.

We owe a tremendous debt to the men and women who contributed to the efforts to halt the forces of oppression in World War II. And over the Memorial Day weekend, it’s fitting for us to pay special attention to all those who made the ultimate sacrifice: their lives.

Andy Rooney, who regularly appeared on CBS’s “60 Minutes,” summarized what’s most important about this occasion in 2005:

“For too many Americans, Memorial Day has become just another day off. There’s only so much time any of us can spend remembering those we loved who have died. But the men, boys really, who died in our wars deserve at least a few moments of reflection during which we consider what they did for us. They died. We use the phrase ‘gave their lives,’ but they didn’t give their lives. Their lives were taken from them. There is more bravery at war than in peace, and it seems wrong that we have so often saved this virtue to use for our least noble activity — war. The goal of war is to cause death to other people,” said Mr. Rooney, who served as a correspondent for Stars and Stripes during World War II. “Remembering doesn’t do the remembered any good, of course. It’s for ourselves, the living. I wish we could dedicate Memorial Day, not to the memory of those who have died at war but to the idea of saving the lives of the young people who are going to die in the future if we don’t find some new way — some new religion maybe — that takes war out of our lives. That would be a Memorial Day worth celebrating.”

My father was a Navy ship's surgeon during WWII. He spoke about the atomic bomb dropped on Nagasaki, in particular, and operating on sailors injured by Japanese suicide bombers. They disfigured and upended my understanding of war. I mean, aren't atomic bombs and suicide bombers particularly heinous, violent, and shocking methods of combat? Not in the context that all methods of combat maim and kill.

Why are maiming and killing in peacetime universally regarded as heinous crimes but deemed acceptable at wartime? The "leap" defies reason and morality. We rationalize the "leap" via patriotism, freedom, protection and safety, democracy, etc. In our minds, they right the wrong, clear our consciences, and assuage our war-discomfort. We conclude that, under certain circumstances, it's rational and moral to maim and kill. They are uncivilized in peacetime and civilized in wartime.

Andy Rooney is looking for "some new way-- some new religion maybe-- that takes war out of our lives." No. If we want war out of our lives, we have to get rid of an old way and an old religion-- patriarchy. As long as the voices, lenses, stereotypes, and inclinations confronting conflict are male, war will persist.

War exists because (1) a small percentage of people are born psychopaths and sociopaths (2) a larger percentage are amenable to recruitment by them and (3) an even larger percentage can be bullied into playing along. Playing with memes won't work (isn't it funny how the concept of memes got dememed and the concept of social engineering got social engineered?). Social structures need to be created that prevent war. Multilateral agreements: if any country is aggressive, all the others gang up. It's easier to get a couple of hundred countries to play along than billions of individuals. And it only takes one psychopath.

There is a reason why this generation has the distinction of being referred to as, “The Greatest Generation”...

Counterfeit "Holmes" -- please do tell us what you know about this. Expound, from your vast experiential knowledge base.

Have you been venturing out more now that more businesses are reopening?