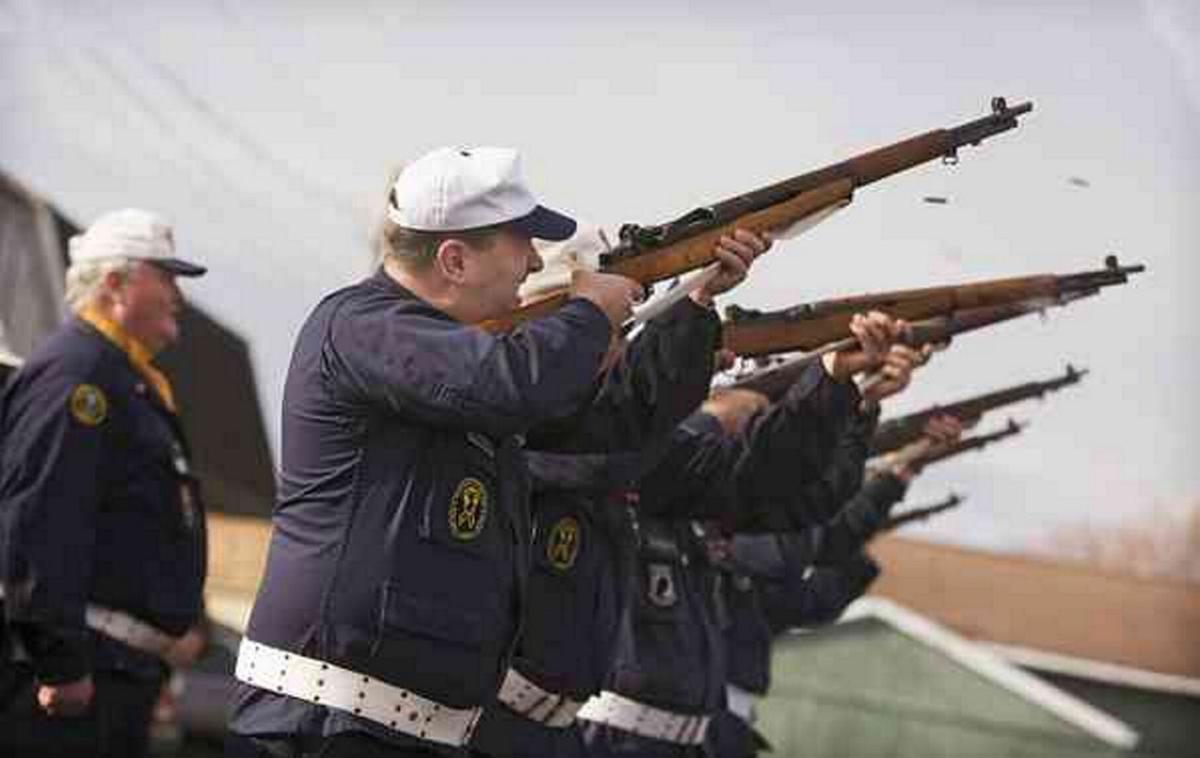 Joe Bartenstein of Potsdam joins other veterans in firing rifles during a Veterans Day ceremony held in 2015 at the Veterans of Foreign Wars Post 1231 in Canton. Watertown Daily Times 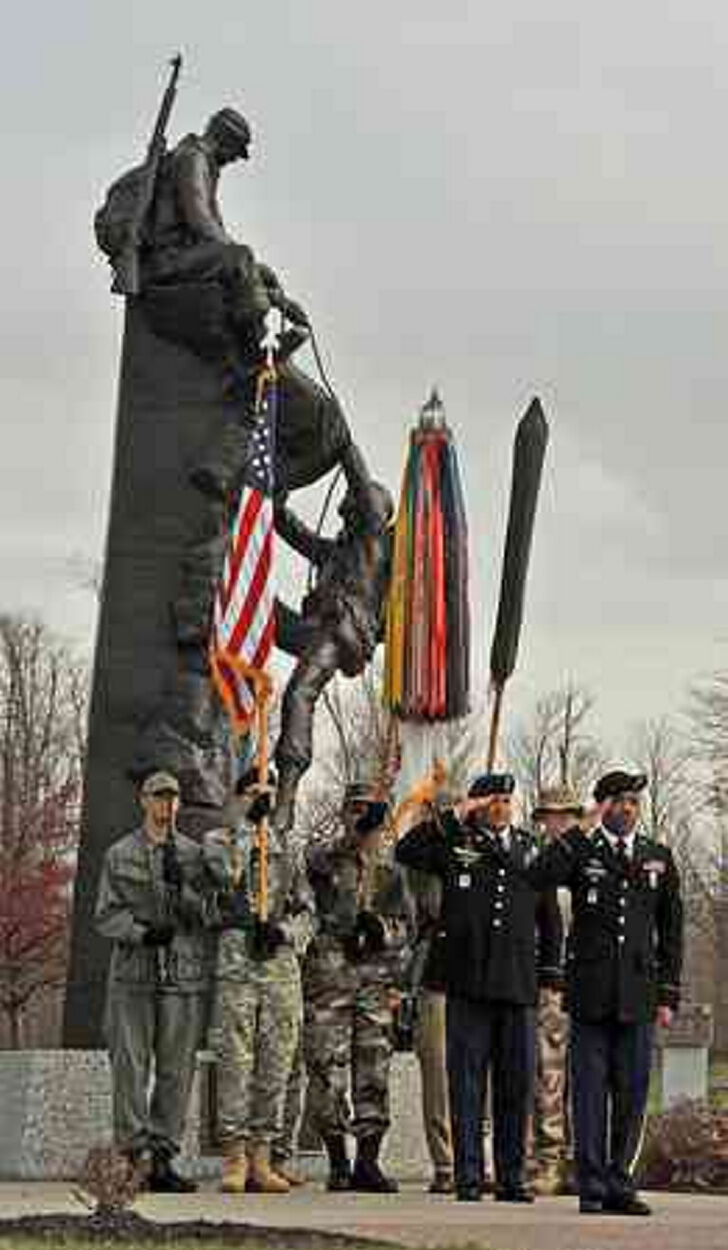 Soldiers salute the U.S. flag during the national anthem at the Veterans Day ceremony at Fort Drum in 2015. Watertown Daily Times

Joe Bartenstein of Potsdam joins other veterans in firing rifles during a Veterans Day ceremony held in 2015 at the Veterans of Foreign Wars Post 1231 in Canton. Watertown Daily Times

Soldiers salute the U.S. flag during the national anthem at the Veterans Day ceremony at Fort Drum in 2015. Watertown Daily Times

In reflecting on the American Civil War, Mill declared that he could not “join with those who cry peace, peace.” Months after the war began, he recognized the tragedy unfolding here in the United States but believed it would ultimately serve a noble objective.

“I cannot wish that this war should not have been engaged in by the North or that, being engaged in, it should be terminated on any conditions but such as would retain the whole of the territories as free soil,” he wrote in an essay titled “The Contest in America,” published in the February 1862 edition of Fraser’s Magazine. “I am not blind to the possibility that it may require a long war to lower the arrogance and tame the aggressive ambition of the slave owners to the point of either returning to the Union or consenting to remain out of it with their present limits.”

Mill, however, turned his attention to the notion of a just war. The moral quest of eliminating slavery justified the cruelty of battle. He wrote:

“But war, in a good cause, is not the greatest evil which a nation can suffer. War is an ugly thing but not the ugliest of things: The decayed and degraded state of moral and patriotic feeling which thinks nothing worth a war is worse. When a people are used as mere human instruments for firing cannon or thrusting bayonets in the service and for the selfish purposes of a master, such war degrades a people. A war to protect other human beings against tyrannical injustice; a war to give victory to their own ideas of right and good and which is their own war, carried on for an honest purpose by their free choice is often the means of their regeneration. A man who has nothing which he is willing to fight for, nothing which he cares more about than he does about his personal safety, is a miserable creature who has no chance of being free unless made and kept so by the exertions of better men than himself. As long as justice and injustice have not terminated their ever-renewing fight for ascendancy in the affairs of mankind, human beings must be willing, when need is, to do battle for the one against the other.”

Taking up arms against another country is a sobering prospect. It must be the option of last resort if diplomacy deteriorates. No one should be eager to see war commence as it will result in horrendous violence.

But as Mill pointed out, there are times when it is necessary. We have confronted instances where more lives would be lost by turning away from war than by engaging in it.

It is humbling to consider that so many men and women are willing to put themselves in peril against those who would do us harm. They believe that protecting the well-being of their fellow citizens is more important than their comfort, their safety and even their lives.

They strive to keep the peace by preparing for to go to war. And if we demonstrate the full strength of our military and our willingness to employ it, war will often be avoided.

Veterans Day is an occasion to honor all those who serve our nation in uniform.

We pay tribute to the numerous sacrifices they make to preserve our liberties.

This is especially important for those of us in Northern New York as we host Fort Drum, home of the 10th Mountain Division.

Expressing our deep gratitude will never pay the debt we owe our veterans. The best we can do is to ensure our military personnel have all the resources they need — and to do our part to bring any way in which we engage to a swift end.

How much do you plan to spend more on gifts for the holidays this year?