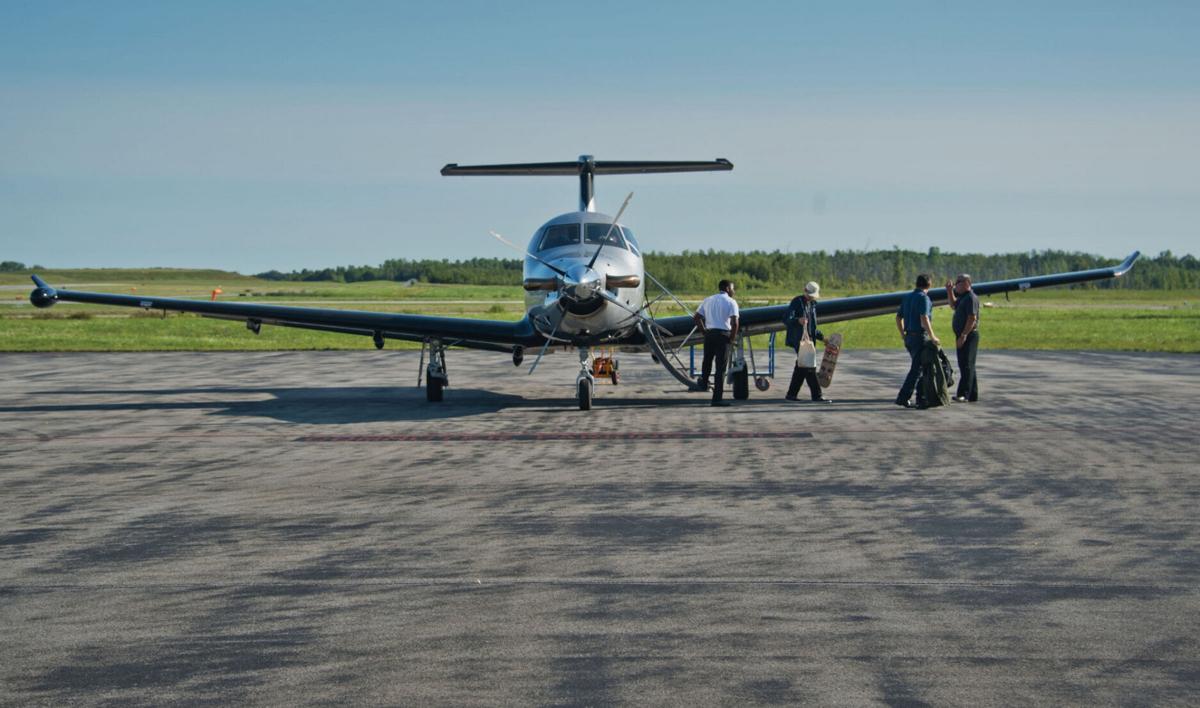 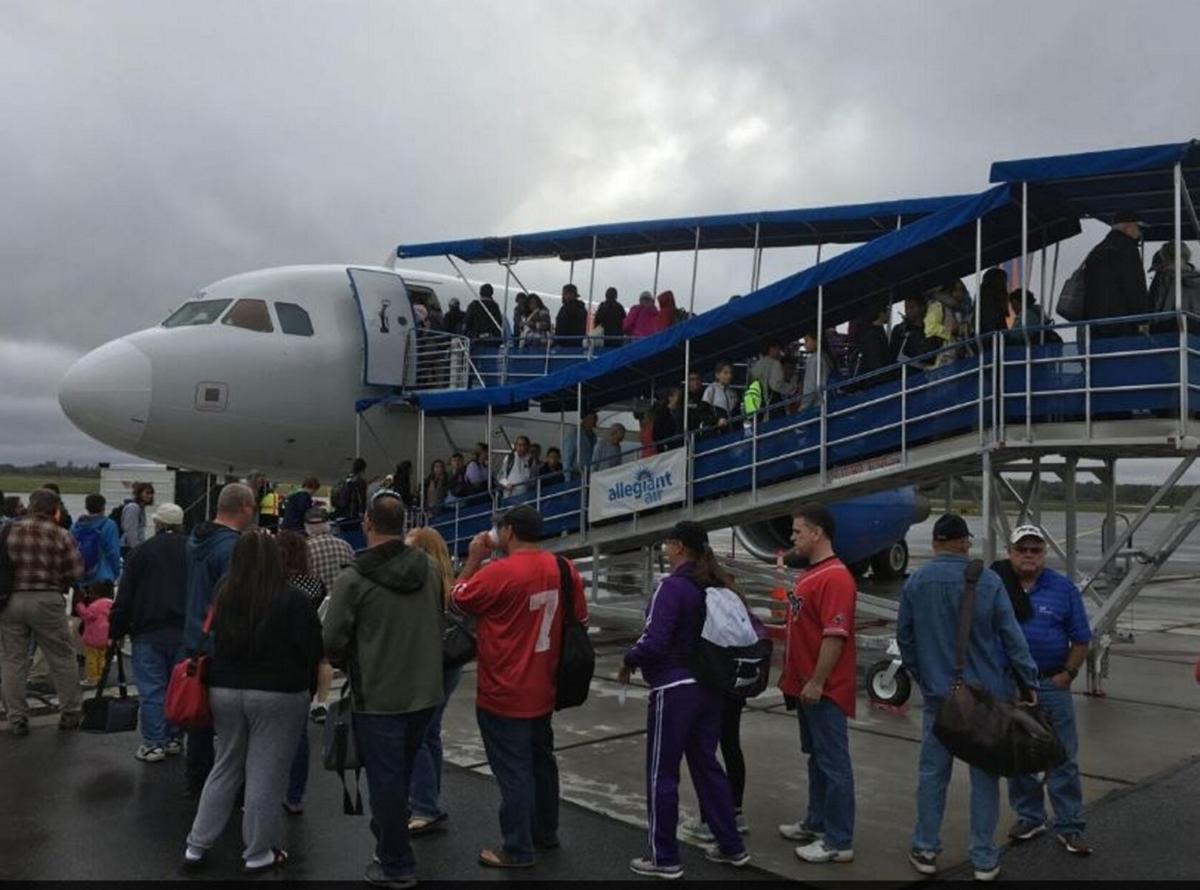 Due to a substantial drop in the number of passengers, Allegiant Air ceased operations at Ogdensburg International Airport. This decrease resulted from tighter restrictions placed on cross-border traffic with Canada. Christopher Lenney/Watertown Daily Times

Due to a substantial drop in the number of passengers, Allegiant Air ceased operations at Ogdensburg International Airport. This decrease resulted from tighter restrictions placed on cross-border traffic with Canada. Christopher Lenney/Watertown Daily Times

Greater border restrictions between Canada and the United States have led to a decrease in demand for air service in Northern New York.

The two nations limited back-and-forth movement earlier this year due to the novel coronavirus pandemic. One consequence of this has been a reduction of passengers using Ogdensburg International Airport.

Allegiant Air offered seasonal flights to Florida, and many Canadians took advantage of cheaper ticket prices in Ogdensburg than they could find at airports in either Montreal of Quebec. So they willingly made the trip to the north country for a flight so they could swap a Canadian winter for the Sunshine State’s warmth.

But Allegiant Air experienced a loss of demand last month, according to a story published Oct. 9 by the Watertown Daily Times. Stephanie Sarraco, manager of Ogdensburg International Airport, said that early bookings looked good for the return of seasonal flights to Florida that the airline had scheduled for Oct. 3.

But numerous cancellations were made in late September, Ms. Sarraco said. Less than total 300 passengers used the airport last month.

Allegiant Air announced Oct. 8 that it was scrubbing its October flights and taking a hiatus from Jan. 2 through Feb. 11. A week later, it decided to pull out of Ogdensburg entirely.

SkyWest Airlines, operated by United Airlines, continues to offer flights out of Ogdensburg to Washington, D.C., and Chicago. It received approval last year from the U.S. Department of Transportation to participate in the federal Essential Air Service program through Ogdensburg.

It’s good that these flights have continued. But the loss of Allegiant Air greatly reduces options for travelers from Northern New York.

Boutique Air, which provides service at Massena International Airport, has offered to fill in some of the gaps. Passengers who take one of its daily flights to Boston will now be able to change planes once there and fly to several destinations in Florida through United Airlines, according to a story published Oct. 20 in the Watertown Daily Times.

People who boarded a United flight in Boston used to have to fly to one of the airline’s hub cities. But the new arrangement between Boutique Air and United now allows them to fly directly from Boston to Fort Lauderdale, Fort Myers, Orlando or Tampa. It also steamlines the process of changing planes.

Boutique Air also is considering switching one of its three daily Boston flights from Massena to Baltimore-Washington International Airport, according to a story published Wednesday in the Watertown Daily Times. This would leave two daily, round-trip flights to Boston while adding a route to Baltimore.

Massena Town Council member Samuel D. Carbone Jr. said that Boutique been a “positive addition to the airport” and that “fuel sales, landing fees and hangar rentals helped them turn a $50,000 profit last year,” the Oct. 20 article in the Times reported.

“Boutique Air began serving the Massena International Airport in mid-April 2017 when it took over as the town’s new Essential Air Service provider at an annual subsidy of $2.9 million,” according to the story. “It replaced Cape Air, which held the EAS contract in Massena for the previous eight years and had offered flights to Albany and Boston. It was awarded the Essential Air Service contract again in March 2019. That contract runs from April 1, 2019, through March 21, 2021, with a first-year annual subsidy of $3.1 million and a second-year annual subsidy of $3.2 million.”

The coronavirus pandemic has forced all of us to make substantial adjustments to our daily routine. So we commend Boutique Air for exhibiting some flexibility to accommodate air passengers who need alternatives.