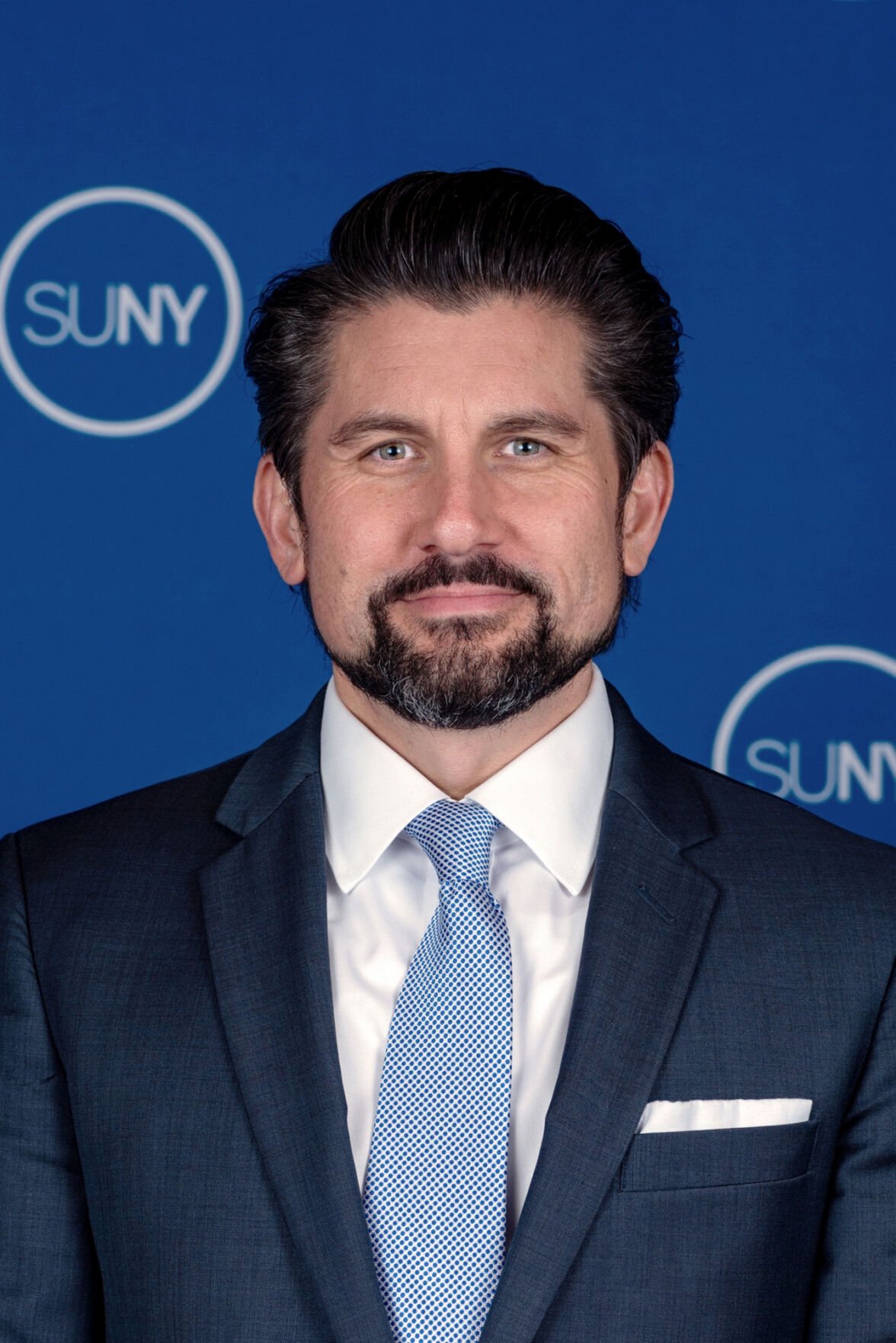 A growing number of state officials are calling for SUNY Chancellor James Malatras to resign or be removed from his position. Courtesy of SUNY 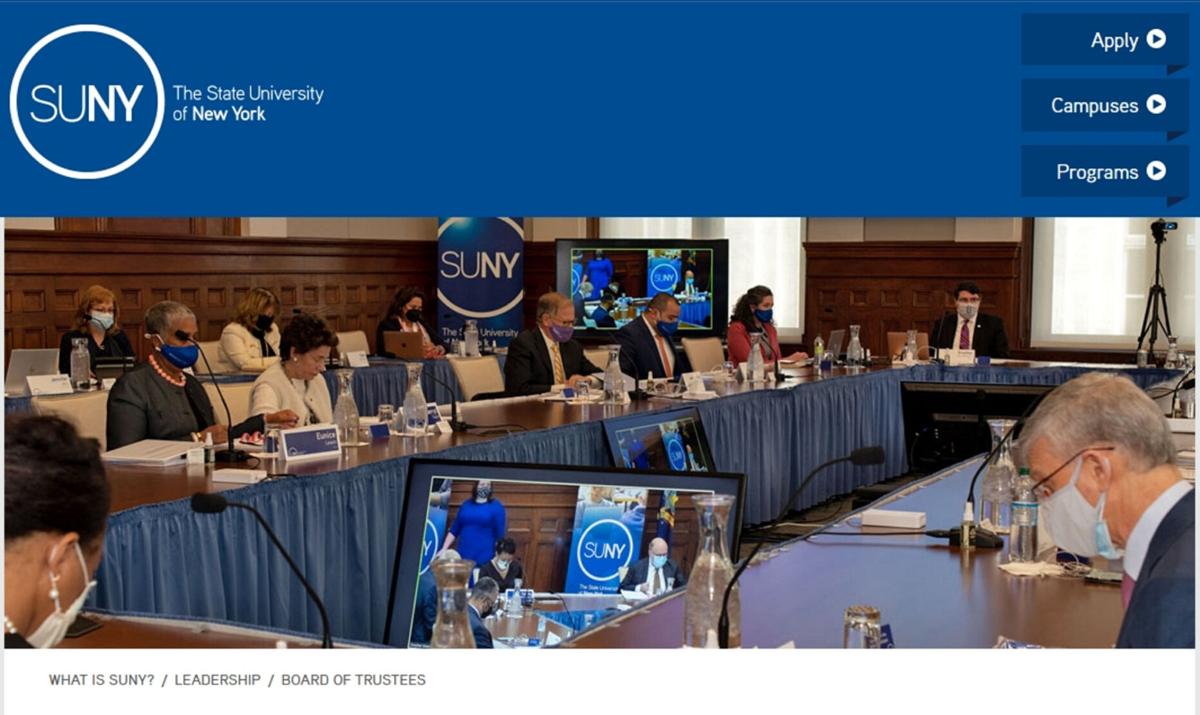 Members of the SUNY Board of Trustees said they see no need to remove James Malatras from his position as SUNY chancellor. Screenshot

A growing number of state officials are calling for SUNY Chancellor James Malatras to resign or be removed from his position. Courtesy of SUNY

Members of the SUNY Board of Trustees said they see no need to remove James Malatras from his position as SUNY chancellor. Screenshot

Gov. Kathy Hochul must make a difficult but necessary decision regarding the head of the State University of New York system.

SUNY Chancellor James Malatras needs to go, and he needs to go now. Hochul should demand his immediate resignation or push for the SUNY Board of Trustees to remove him if he doesn’t leave voluntarily.

Malatras has earned a reputation as a verbally abusive individual; allegations of him demeaning employees have followed him at his various state posts. In story published Tuesday, the Times Union in Albany reported that he told a woman employee at SUNY’s Rockefeller Institute of Government, “You’re a misery.”

The woman, who worked for 22 years at the institute, handled finances and grant requests for the organization. She at some point began recording her conversations with Malatras upon the recommendation of her United University Professions union representative, according to the Times Union.

“You have a f---ing bad attitude on everything, lady,” Malatras told her. “You’re goddamn impossible all the time. ... You drive people crazy!”

This revelation coincides with a growing chorus of calls for Malatras to go.

“Malatras is again facing scrutiny and calls to resign over text messages he sent in 2019 when he was transitioning from his role at the Institute to SUNY Empire. The messages show the future chancellor disparaging a former colleague, Lindsey Boylan, after she spoke out about an allegedly toxic work culture in the Executive Chamber,” the Times Union reported. “The correspondence between Malatras and members of the governor’s inner circle became available last week when the office of state Attorney General Letitia James released additional transcripts and evidence associated with its investigation into sexual misconduct by the former governor. In the exchange, he refers to Boylan as hated by her colleagues and urges the release of her ‘cray’ (slang for crazy) emails. ‘Malatras to Boylan: Go f--- yourself,’ he wrote in a group text to other Cuomo aides.”

Some people questioned why Malatras was chosen last year to become SUNY chancellor.

“Malatras had just three years of experience in academic leadership when he was installed as chancellor by the SUNY Board of Trustees in August 2020,” according to the Times Union. He had spent most of his two-decade career in politics, and was a top policy adviser and aide to former Gov. Andrew M. Cuomo. Breaking with past practice, the SUNY board declined to conduct a national search to find the system’s next leader. The move prompted a vote of ‘no confidence’ in the board by faculty groups.”

While serving as lieutenant governor, Hochul raised a concern about a joke that Malatras made pertaining to Jeff Lewis, her chief of staff. A story published Aug. 13 by the New York Post revealed that Hochul took offense to the remark Malatras made a few years ago at a holiday party.

In repeated incidents, Malatras has shown himself to be an extension of the toxic workplace environment to which so many employees of the Executive Chamber were subjected. He was in Cuomo’s inner circle, and the former governor pulled strings to get plum jobs for his loyal aide.

There’s no question that Malatras has had accomplishments at SUNY. But he betrayed his status as a leader by harassing employees.

This is unacceptable. Hochul must demonstrate that she wants to distance herself from such repulsive behavior.

More state officials have called for Malatras to resign, and it’s obvious that he’s lost the support of numerous people within New York government. But the SUNY Board sees no need to make a change.

Reviewing Malatras’s rocky history, this is an appalling position for the SUNY Board to take. Staff members and students deserve better, so Malatras needs to leave — either at will or by force.

That didn’t take long, did it?