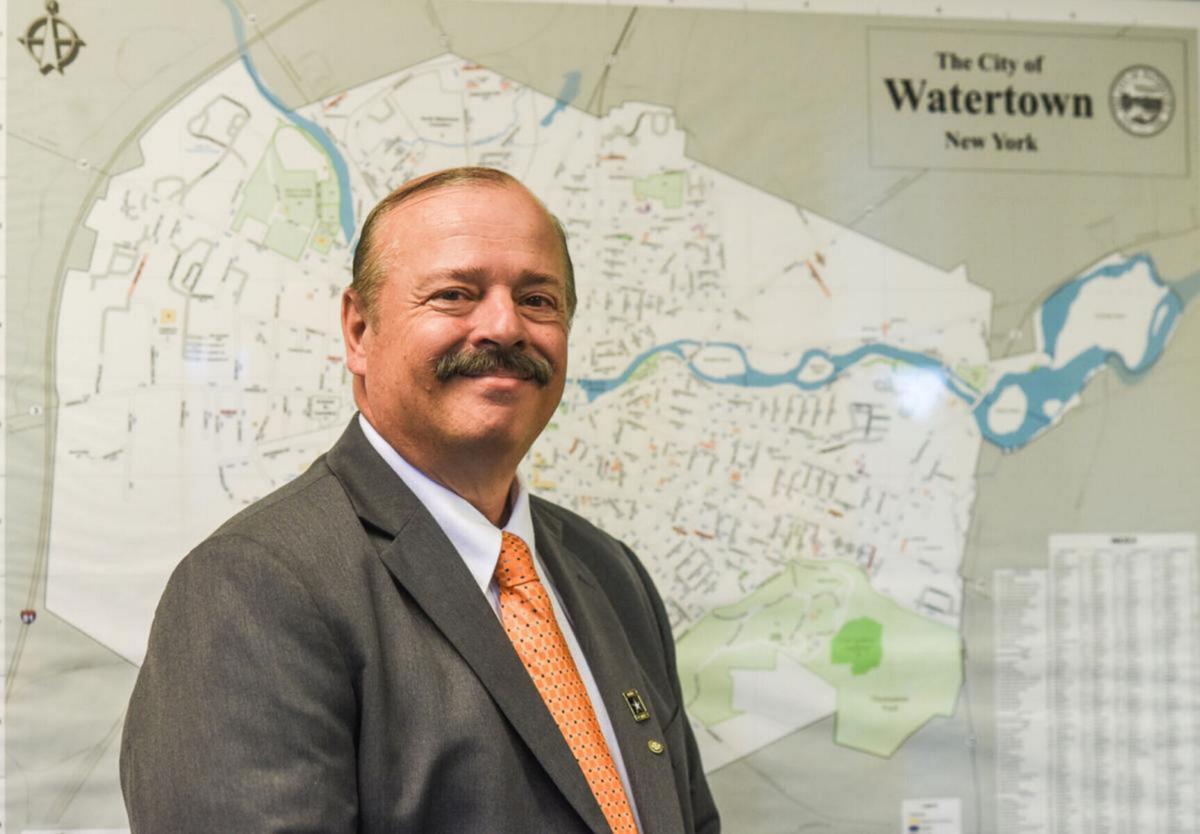 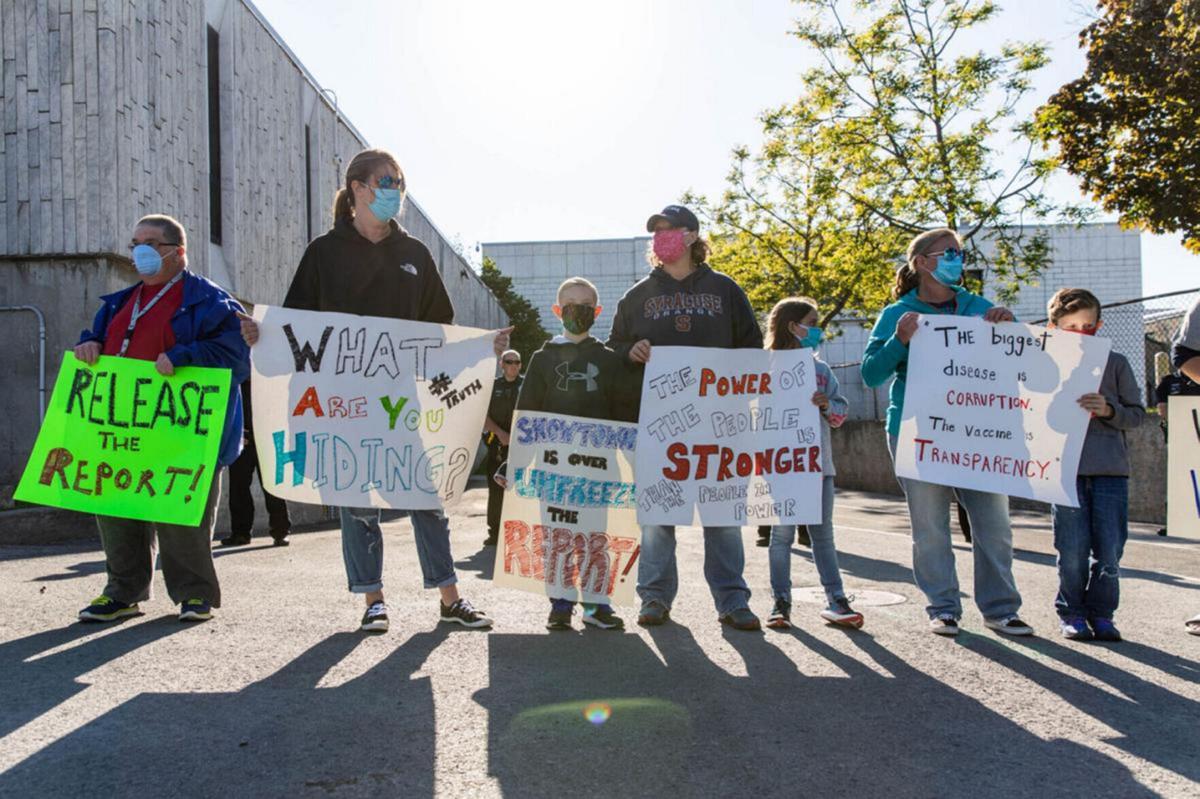 A court of law ruled last year that Watertown erred when it chose not to release a report it commissioned on former City Manager Richard M. Finn.

So the city persuaded state Supreme Court Judge James M. McClusky to allow it to redact certain names from the document and then release it. McClusky agreed, and the report was finally entered into the public realm.

But now the city wants to appeal a ruling by McClusky compelling it to pay $10,000 in legal fees incurred by Gray Media Group, which owns WWNY-TV/7 News, to gain access to the report. Officials are arguing that they shouldn’t have to pay this money.

This is a bewildering assertion. McClusky ruled the report should have been made public from the beginning. The city’s reluctance to release it as part of a FOIL request resulted in Gray Media Group using its own money to force the city to do the right thing, so Watertown needs to compensate at least some of what the station paid in legal fees.

This is not a controversial concept. In fact, it’s very common in legal matters. When one party’s wrongdoing compels another party to spend money to address a problem, the first party usually has to pay this money back.

And the city is fortunate that it only has to pay $10,000. This is a portion of the more than $120,000 spent by Gray Media Group to have the report released, so Watertown got a huge discount.

This all began when the City Council hired Public Sector HR Consultants in Glenville to investigate a complaint lodged against Finn in 2019 by former Parks and Recreation Superintendent Erin E. Gardner. The firm submitted its report in January 2020. After meeting in executive session with the City Council, Finn resigned shortly thereafter.

The city denied FOIL requests made by the Watertown Daily Times and WWNY to review the report.

Gray Media Group sued the city last year, resulting in McClusky’s ruling that the report should be made public.

That Gray Media Group had to spend its own money to push the city in the right direction shows the primary problem with the state’s FOIL and Open Meetings Law. There is no formal mechanism for investigating wrongdoing when it comes to these two statutes.

The only way to compel governmental bodies to adhere to these laws is for private citizens or organizations to bring legal action themselves. So they must finance the effort to force public officials to finally work in the interests of their constituents.

And if they lose in court, they won’t recoup any legal fees. Many people and groups don’t have the money to risk bringing civil suits against public bodies, so they must accept a violation of state laws. Where’s the justice in this?

Other states have better systems for enforcing their sunshine laws. For example, Connecticut has a state agency called the Freedom of Information Commission. It investigates complaints, makes rulings on alleged violations and enforces judgments for wrongdoing.

New York should adopt something similar. It’s in everyone’s interest to have governmental bodies publicize as much of the business they do as possible.

There are times when they’re permitted to conduct meetings behind closed doors and keep certain records confidential. But these are the exceptions, not the rule. Such instances need to be kept to a minimum.

Ensuring transparency in government operations is critical to sustaining our form of democracy. Sunshine laws help us all stay better informed on what public officials are doing on our behalf. This ultimately affects the decisions we’ll make once we step inside a voting booth.

If a system like the one used in Connecticut was developed here, that would go a long way toward ensuring open government in New York. And organizations such as Gray Media Group wouldn’t need to shell out their own money just to thrust elected officials into complying with the law.

The city spent public money and then hid the results from that study. The city was protecting it’s council members not the residents. They need to pay and be more transparent.

Mallow 53 what council members were they protecting? I read the report and watched the media coverage... the council had nothing to do with this except for not releasing the report

Did McClusky take into consideration whether the legal fees incurred by Gray Media Group were customary, routine and established for the corporation? In other words, is it customary for Gray Media Group to hire lawyers of the calibre it hired, charging fees that correspond to their expertise, or isn't it? I think Gray Media Group has a right to be represented by the calibre of lawyers it is accustomed to. Assuming the lawyers it hired to sue the city are customary, then Judge McClusky should have ordered the city to pay the media group's entire legal bill.

When Gray Media Group came to Watertown, I think it expected to operate according to its customary corporate standards and practices. Assuming it did when it hired lawyers to sue the city, Judge McClusky's decision said, in effect, to Gray Media Group, your customary corporate standards and practices aren't ours, yours exceed ours, and, when you stray from ours, you'll pay for it!

The only bad apple in this saga is the city. Why, then, is Gray Media Group essentially paying for it? Where is the justice, Judge McClusky?