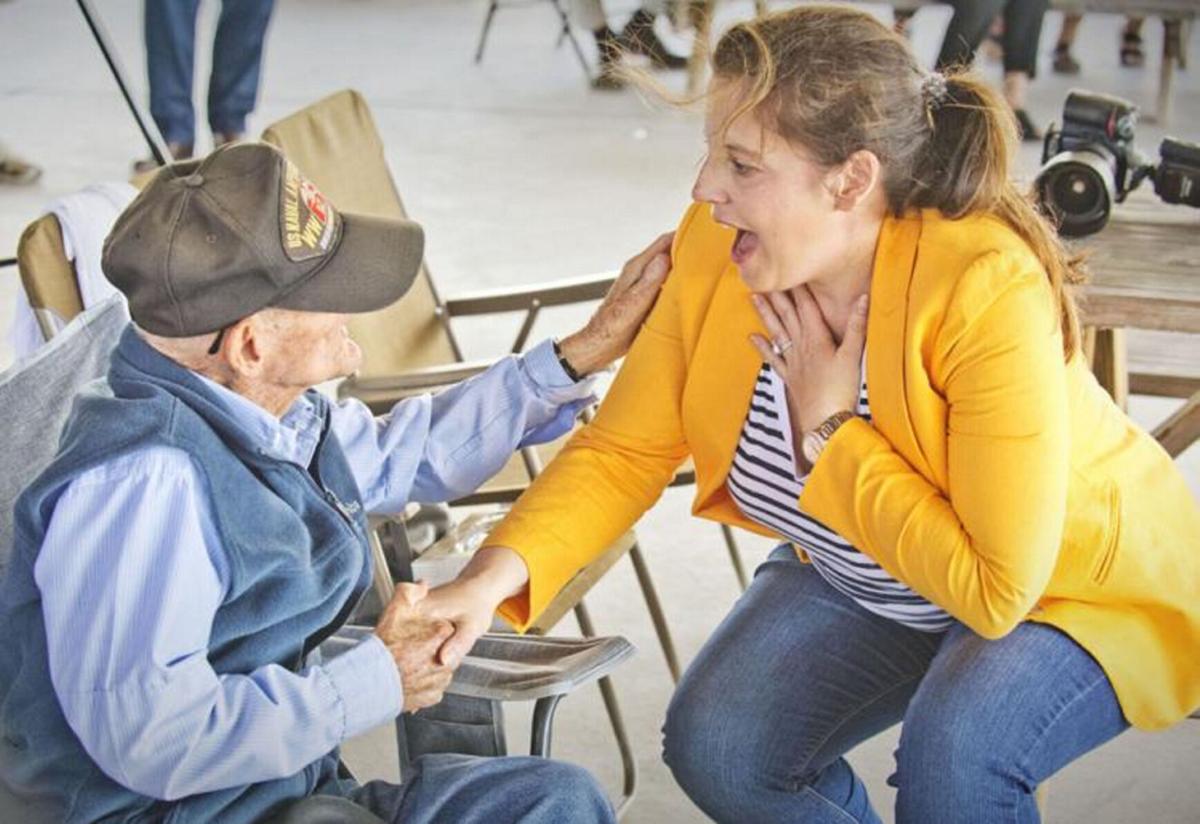 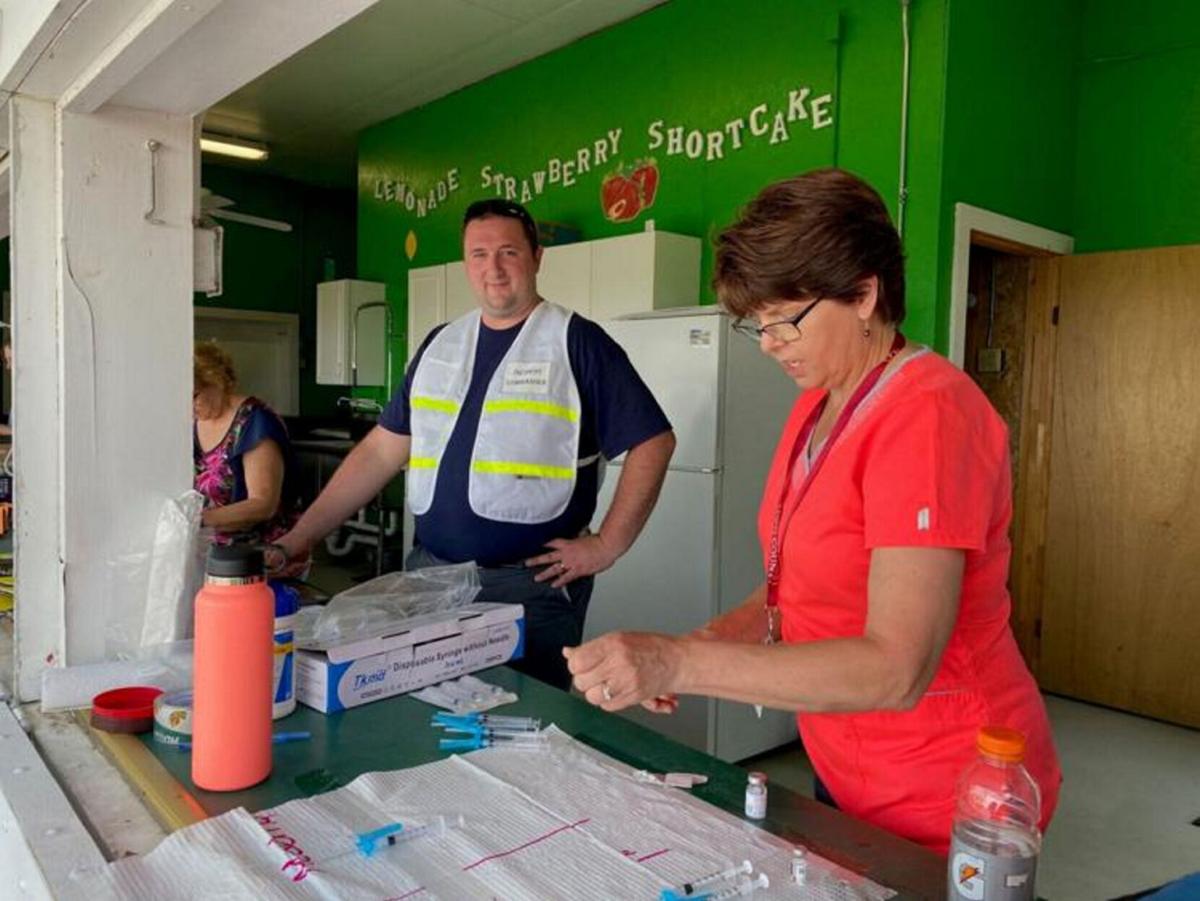 Public health authorities, such as those representing Lewis County, have expanded their efforts to make getting the COVID-19 vaccination as easy as possible for residents. Facebook photo

Public health authorities, such as those representing Lewis County, have expanded their efforts to make getting the COVID-19 vaccination as easy as possible for residents. Facebook photo

Should Rep. Elise Stefanik do more to encourage people in her district to be vaccinated against COVID-19?

Since the novel coronavirus pandemic forced the closure of the Canadian/U.S. border to all nonessential traffic, New York authorities have been working to see restrictions loosened.

U.S. Rep. Elise Stefanik, R-Schuylerville, has repeatedly urged Canadian and U.S. officials to reopen the border. Last month, she recommended that the Biden administration should act unilaterally. And she recently sent a letter to each Canadian provincial and territorial premier seeking help in getting traffic flowing between the two countries again.

We have supported efforts to lift at least some of these measures. The economy of Northern New York depends significantly on cross-border interaction. In addition, many people have been prevented from visiting family members or traveling to residences they own on the other side.

Canadian Prime Minister Justin Trudeau said he wouldn’t consider easing restrictions until at least 75% of his country’s citizens receive at least one dose of the COVID-19 vaccination. As of Friday, 68.49% of all Canadians have been given at least one shot, according to COVID-19 Tracker Canada.

So while Canadian public health authorities are making progress, they still have some work to accomplish before their border will reopen. Persuading those who remain hesitant about getting the vaccine has become difficult.

Trudeau is obviously worried about the well-being of his nation’s residents who will encounter Americans once the border reopens. Having enough of them vaccinated will make it safer for U.S. citizens to cross over.

Getting more Americans vaccinated could alleviate some of Trudeau’s concerns. And if Stefanik understands the importance of reopening the border and wants to move this goal forward, here’s how she could help.

Stefanik spends an inordinate amount of her time highlighting partisan issues. Her social media accounts and frequent appearances on conservative news outlets sometimes focus on topics of limited relevance to those of us living within her district.

Stefanik needs to know when to put her culture warrior antics aside and act in the best interests of her constituents. She can do this by spending time here encouraging residents to get vaccinated.

Vaccination rates are all over the place in Northern New York. It’s uncertain why local residents have held out.

But nationally, resistance to the vaccine comes largely from Republicans. A Washington Post/ABC News poll conducted in late June found that only 45% of people who identify as Republicans have gotten at least one shot. Of those polled, 47% of Republicans said they are unlikely to be vaccinated and 38% of them said they will definitely not receive any doses.

This is incredibly disturbing, and Stefanik should make an effort to address this. She needs to mount a campaign here to confront whatever hesitancy exists and urge residents to do the right thing by being vaccinated. As the new chairwoman of the House Republican Conference, she’s in a unique position to use her influence and make a real difference in a district with a clear majority of GOP voters.

Increasing these numbers would go a long way toward persuading the Canadians that we’re serious about improving conditions for safer travel. This could help get the border reopened sooner, reviving our economic and social ties.

But infected illegals pouring through the border is good.

Trust me I would not allow my Family to go vacation to an area with the vaccination rates that much of the north country has. Maybe that is what Trudue should do, limit travel to ONLY those Counties where the vaccination rate is at least close to 70 percent. He should REFUSE to allow visitors from the many ( Southern ) States who are under vaccinated.

Just rereading this article and it’s better the second time through.

Looking at that state map and the stats above is so clear that the vaxx difference matches where there are more Dems and where there are more Reps. Clinton, Essex and Warren are all more heavily Democratic. Lewis, Jefferson and the counties west of Clinton are, of course, more Republican. At least it’s not at the level of some of the southern areas. I saw one in Alabama that was at 17%.

It’s so weird to see everyone around here acting like the pandemic is over which for the vaccinated, it is. Then, in Missouri you’ve got hospitals filling and ventilator shortages.

In Dec. 2020, Stefanik's office reported she would postpone receiving the vaccine until Jan. 2021, prioritizing distribution to healthcare workers, first responders, law enforcement, and the vulnerable.

In March 2021, in response to a CNN poll, she indicated she had not been vaccinated.

She has been pregnant for several months now. (The CDC recommends Covid vaccines for pregnant women.)

How can she address vaccine hesitancy if she is not?

Why did you support such an irresponsible person, Stefanik, in the last election?

Elise's actions are not "antics". The culture War is a real effort by forces (to include the WDT Editorial Staff)to usher in a new era free from thousands of years of tradition. I'm not surprised to see you minimize it and maximize a transient disease.

Stefanik needs to know when to put her culture warrior antics aside and act in the best interests of her constituents. She can do this by spending time here encouraging residents to get vaccinated.

Thank you. I’ve been harping on this for quite awhile now. Obviously, I’m a partisan and haven’t liked her since she ran her first two campaigns on taking away my health insurance and that of millions of others.

I suppose if you see someone drowning and you’re holding a life preserver you’re under no legal obligation to throw it to them. Republican pols and rightwing media are playing a game where they don’t tell their followers not to get vaccinated. They just do this callous shtick of defending their right to not get the shots. I guess that gives them some deniability. I wouldn’t want to have to explain it to God, tho.

Thank you for pointing out the vaxx rates by county. It’s just as clear as it is across the country. The more Democrats, the more vaxxed. I have a real hard time seeing the benefit, political or otherwise, of letting your base die or at least get long term health consequences.

Some of these southern states are on their way to third world status. Their hospitals are going to be wrecked in addition to the human toll. Also, what businesses are going to want to locate in those areas. Meanwhile, as the disinformation flows, Republican politicians do nothing more than preen before the camera and see who can display the most loyalty to a losing presidential candidate.