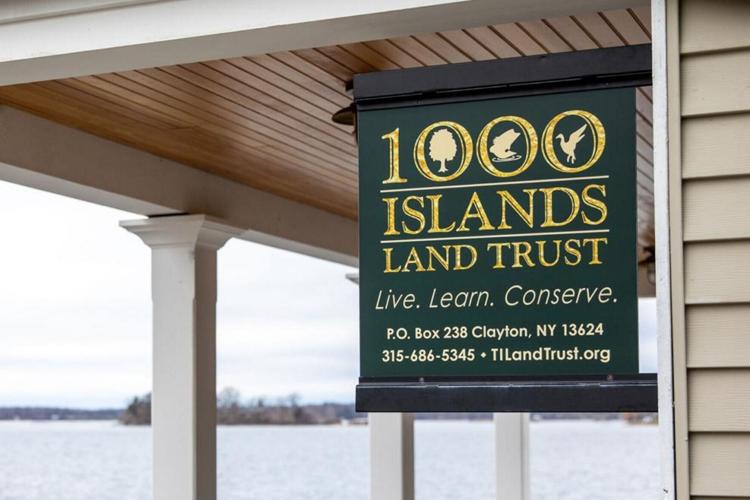 The Thousand Islands Land Trust in Clayton announced Wednesday that it intends to purchase property on Blind Bay in Fishers Landing that had been under consideration for use by U.S. Customs and Border Protection for a new facility. Kara Dry/Watertown Daily Times 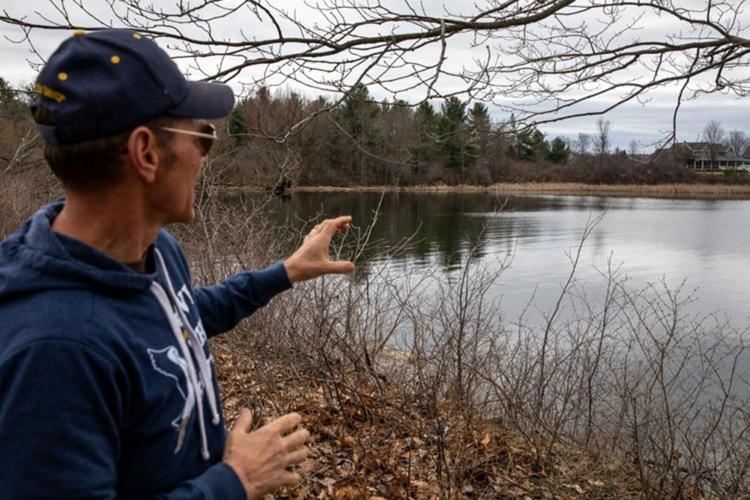 Save the River Board President Jeffrey T. Garnsey looks out Wednesday afternoon on a marsh that serves as prime spawning grounds for muskie on Blind Bay in Fishers Landing. Kara Dry/Watertown Daily Times

The Thousand Islands Land Trust in Clayton announced Wednesday that it intends to purchase property on Blind Bay in Fishers Landing that had been under consideration for use by U.S. Customs and Border Protection for a new facility. Kara Dry/Watertown Daily Times

Save the River Board President Jeffrey T. Garnsey looks out Wednesday afternoon on a marsh that serves as prime spawning grounds for muskie on Blind Bay in Fishers Landing. Kara Dry/Watertown Daily Times

By agreeing to acquire some property in Fishers Landing, a local conservation group is accomplishing two worthwhile objectives.

The Thousand Islands Land Trust, based in Clayton, announced Wednesday that it would buy land on Blind Bay. Blind Bay Associates LLC, which owns the property, had previously been in discussions with U.S. Customs and Border Protection to concerning the land. CBP wanted to construct 48,000-square-foot facility to replace one it now uses on Wellesley Island.

“Since 1985, the Thousand Islands Land Trust has helped safeguard the regional landscape of the 1000 Islands by accepting conservation easements, acquiring property and by establishing accessible areas available for public enjoyment,” according to information on TILT’s website. “Currently, TILT protects [more than] 11,000 acres of land, both fee-owned land and conservation easements, including important wetland, grassland and woodland habitat. This includes 10 Signature Preserves and 21 miles of trails that are open to the public year-round. During the year, we host our annual TILTreks, KidsTreks and TILTKids Day Camp programs, which promote living, learning and conserving in the 1000 Islands.”

So obtaining this land on Blind Bay further’s TILT’s mission of conserving areas in their natural settings. It also halts a proposal that drew numerous objections since it was announced.

Gulf South Research Corp. prepared a draft Environmental Assessment for the U.S. Department of Homeland Security on the needs of local CBP staff members. The reported stated that “the new station is considered a need by the Department of Homeland Security because the Wellesley Island border patrol station has outlived its usefulness. The environmental review states that the island station is operating at three times its designed capacity, isn’t appropriately located to uniformly protect regional borders and has become structurally unsound,” according to a story published Feb. 25 by the Watertown Daily Times.

“The property is owned by Blind Bay Associates LLC, which according to Jefferson County property records, has a secondary owner name listed as Dennis G. Weller with a Clayton post office box. County records show the property spans 37.63 acres,” the article reported. “The proposed station would provide space for 75 Border Patrol agents in a 17,300-square-foot main administrative building, with another 15,800 square feet of ‘support space.’ There would be a 15,100-square-foot parking garage for 33 vehicles, as well as a canine kennel, storage for 12 ATVs or snowmobiles, marine storage for four boats, a 30- to 40-foot dock and ramp, enclosed vehicle wash station, fuel island, communication tower and backup generator, all behind a perimeter fence. … Local environmental groups are vehemently opposed to the new station on Blind Bay.”

Building such a facility on the waterfront would significantly harm the local eco-system. In a March 8 letter, the state Department of Environmental Conservation took issue with the federal government’s conclusion that no significant environmental impact would result from the Blind Bay complex.

U.S. Sen. Charles E. Schumer, D-N.Y., joined state Assemblyman Mark C Walczyk, R-Watertown, and Jefferson County Legislator Philip N. Reed, R-Alexandria Bay, in calling on the CBP to find another location. Since TILT stated that it would purchase the land, Schumer said he would work with the CBP to identify a more suitable site for its new facility.

We commend everyone involved in opposing this plan. Grass-roots activism works well when people unite for a worthy cause. We urge officials to continue helping CBP to find a better spot for its facility, one that would serve everyone’s needs better.

This whole deal doesn’t pass the sniff test. Saving the “ecosystem is questionable but taking it out off the private sector isn’t. Another out of control non-profit using the “environment” to justify their existence.

What do you think of projections that White people in the U.S. will make up less than half the population within 20-30 years?