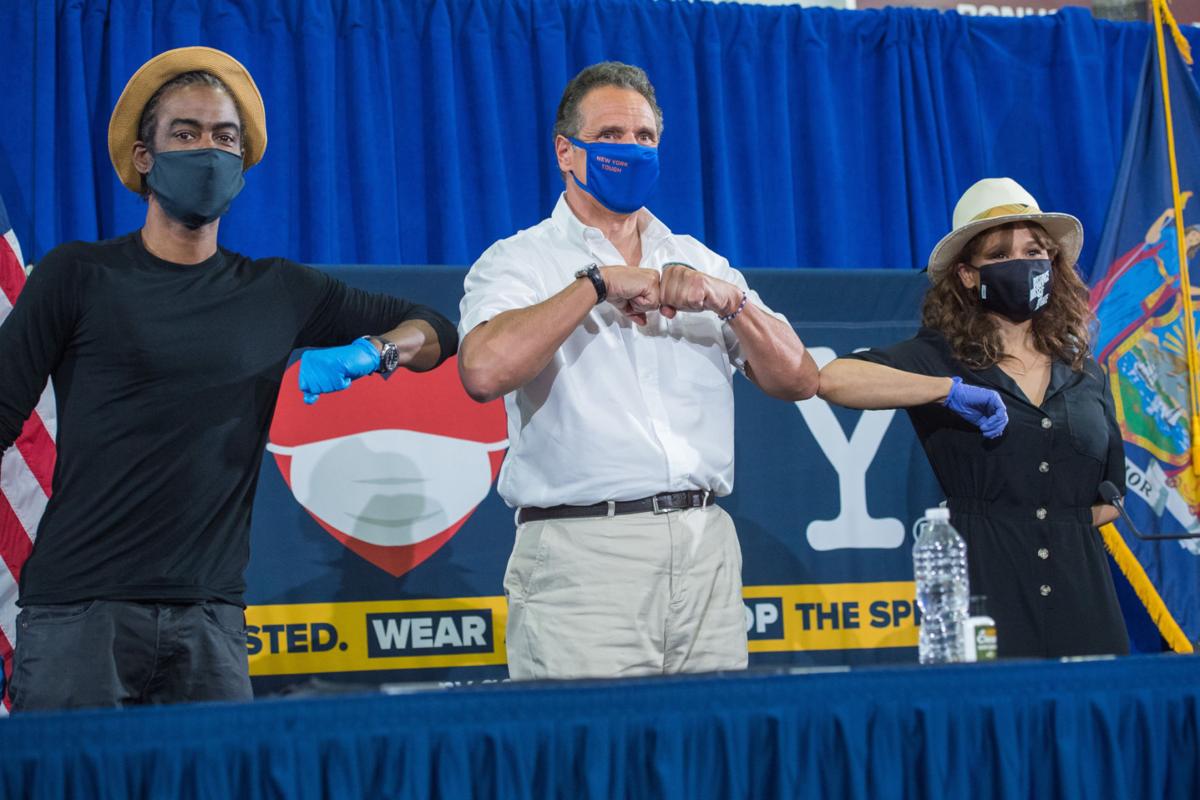 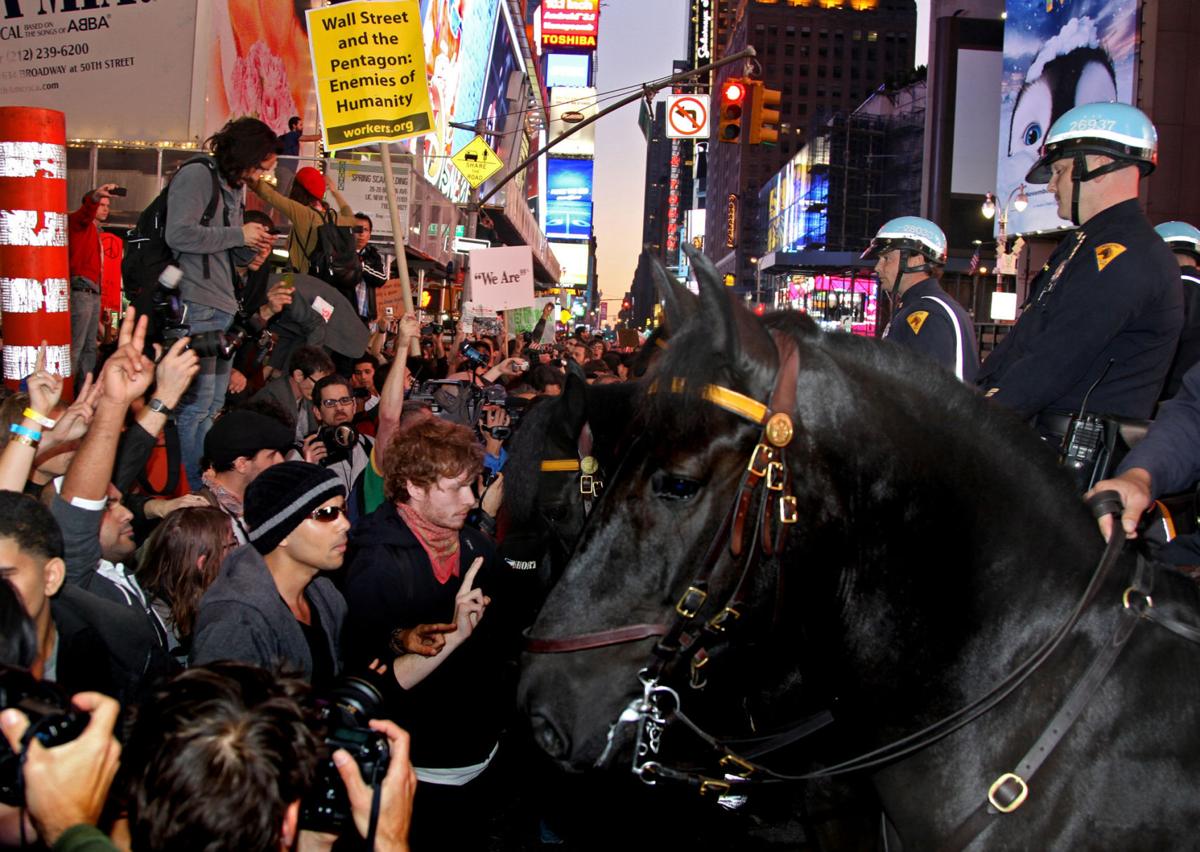 Demonstrators with the Occupy Wall Street movement face off with members of the New York Police Department in New York City on Oct. 15, 2011. Government authorities prosecuted some protesters for covering their faces using an anti-mask law. Craig Ruttle/Newsday/Tribune News Service

Demonstrators with the Occupy Wall Street movement face off with members of the New York Police Department in New York City on Oct. 15, 2011. Government authorities prosecuted some protesters for covering their faces using an anti-mask law. Craig Ruttle/Newsday/Tribune News Service

Who knew it was until last week illegal for masked New Yorkers to loiter?

Well, not Gov. Andrew M. Cuomo. In light of the novel coronavirus pandemic, he signed two executive orders in April: one requiring people ages 2 and older to cover their faces in public when not observing social distancing rules, and another mandating that essential workers who interact with the public wear masks.

But not so fast! Attorney General Letitia A. James reminded Albany leaders that a law on the books would make criminals of some people adhering to this law.

New York Penal Law § 240.35(4) prohibits an individual “being masked or in any manner disguised by unusual or unnatural attire or facial alteration loiters, remains or congregates in a public place with other persons so masked or disguised, or knowingly permits or aids persons so masked or disguised to congregate in a public place.” The only exemption was a masquerade party formally regulated by a locality. Scofflaws could face up to 15 days in prison.

On May 11, Ms. James wrote a letter advising that the two executive orders dealing with face coverings could lead people to break this law. She pledged her support for some legislative measure to resolve this problem. The state Legislature addressed the issue Thursday by repealing it.

We can forgive legislators for not being aware of this law. It’s been on the books since 1845 and has an interesting history. The provision was used to clamp down on Hudson Valley farmers who disguised themselves and attacked police officers.

“Known as the ‘anti-rent movement’ in New York history, tenants on huge manorial estates rose up to challenge their ‘leases in fees.’ They required the tenants to pay their landlords rent and render them annual services for an indefinite term. In addition, a ‘quarter sale’ provision in the lease called for the tenant to pay the landlord one-fourth of the sale price if the tenant sold the farm,” according to an article published Oct. 30, 2013, on the New York Almanack’s website. “When wheat prices fell and the soil became less productive, many tenants were unable to pay their rent and became indebted to their landlords. A crisis occurred in 1839 when Stephen Van Rensselaer IV, owner of a 375,000-acre estate located in today’s Albany County, demanded payment of back rent owed and sought to evict farmers who did not pay. They fought back by organizing anti-rent associations, which lobbied state legislators for relief and attacked the validity of the leases in court. When law enforcement officers were sent to serve farmers with legal process and conduct distress sales of the farmers’ property, heavily armed bands of ‘Indians’ thwarted them. Organized by the anti-renters, the Indians were boys and young men disguised in calico gowns and masks of sheepskin or painted muslin. They threatened and assaulted the law enforcement officials and robbed them of their legal papers. Violence escalated. Some process servers were tarred and feathered. And by 1845, three people had been killed, including a sheriff. Soon, the anti-rent movement spread into 11 counties and claimed up to 60,000 supporters.”

The legislation passed by the state Assembly and Senate was signed into law Jan. 28, 1845, by Gov. Silas Wright. It was wielded against Ku Klux Klansmen in 1999 and Occupy Wall Street protesters in 2011.

While upheld as constitutional, this law has been for dubious purposes. While we may not agree with their messages, we must uphold the First Amendment rights of all demonstrators.

It’s good that legislators have now fixed this problem. Unless they’re engaging in violence, protesters should be free to express themselves however they see fit. Now let’s keep an eye out for other outdated laws that should be repealed.

How well do you think people in Northern New York are following mask guidelines?