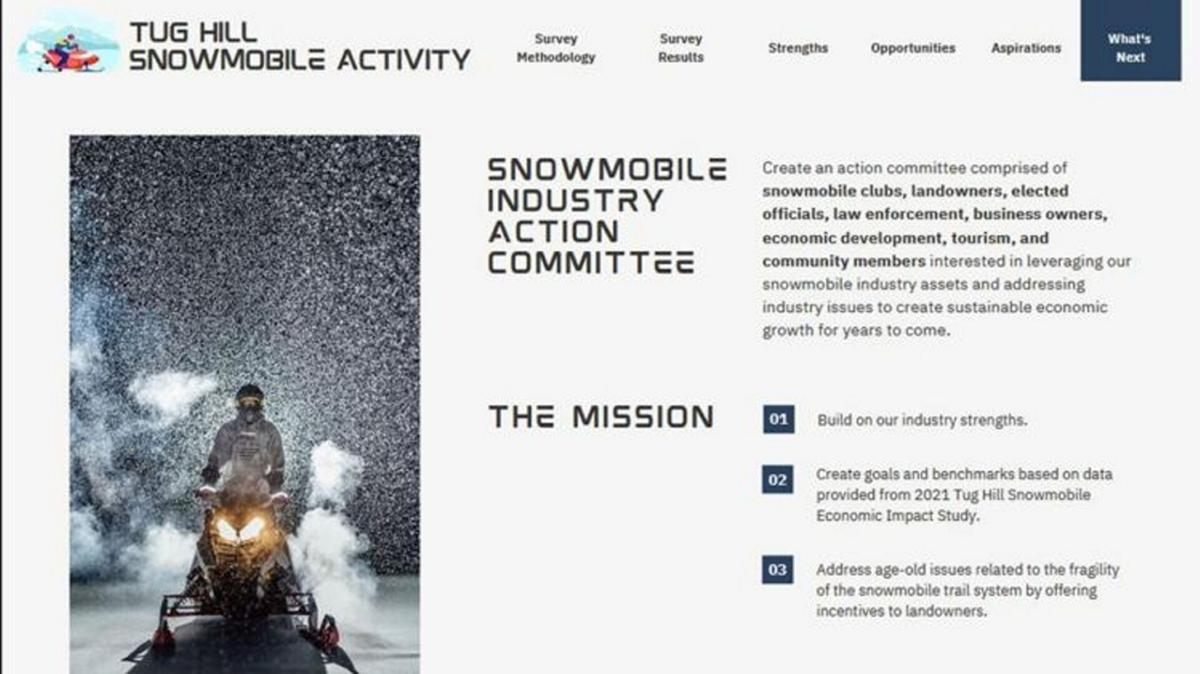 As part of her presentation this week to the Lewis County Board of Legislators on a Snowmobiling Economic Impact Study, county Chamber of Commerce Director Kristen Aucter called on lawmakers to form a committee representing snowmobile clubs, businesses, landowners and law enforcement to troubleshoot issues that could challenge the longevity of the county’s snowmobiling industry. Provided image 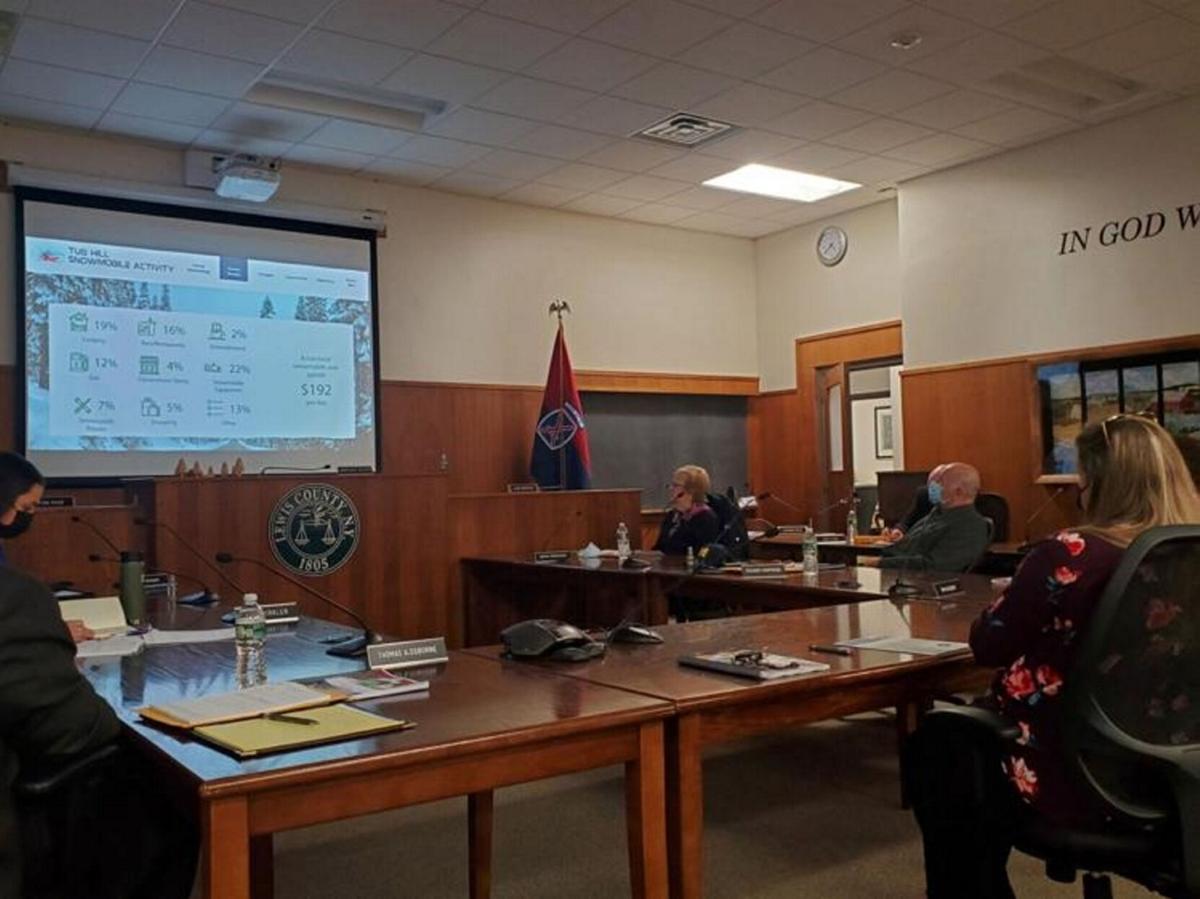 As part of her presentation this week to the Lewis County Board of Legislators on a Snowmobiling Economic Impact Study, county Chamber of Commerce Director Kristen Aucter called on lawmakers to form a committee representing snowmobile clubs, businesses, landowners and law enforcement to troubleshoot issues that could challenge the longevity of the county’s snowmobiling industry. Provided image

Given that businesses in the Tug Hill area rely so much on snowmobiling each year, addressing the problems that come with it is essential.

So it’s good that Lewis County Chamber of Commerce Director Kristen Aucter and Turin Ridge Riders President Chris Skipper made a presentation to members of the Lewis County Board of Legislators on this issue. They offered information from the Snowmobile Economic Impact Study, which was conducted last winter.

Aucter and Skipper discussed how Tug Hill attracts people from other parts of the state. They enjoy the area’s value to snowmobilers and boost Tug Hill’s economy.

But regular usage has its downsides. Skipper asked Lewis County lawmakers to form a committee to look into ways to remedy some of the concerns pertaining to snowmobilers. He wisely recommended that this committee have representatives of snowmobile clubs, the county, tourism businesses, trail landowners and law enforcement agencies.

“The focus of the committee would be to find ways to strengthen sledding in the county by ensuring the trail system stays intact, finding a way to compensate landowners who volunteer to allow trails on their property and promoting more policing on the trails to crack down on extreme speeding and [drunken] driving,” according to a story published Tuesday by the Watertown Daily Times. “To put the economic impact study in context, he said that in other areas of the state where snowfall is not as reliable and doesn’t last for as long as it does in Lewis County, especially on the Tug Hill Plateau, investment in snowmobile-related businesses is not as viable or likely. … According to the survey, there are 35,254 individual, ‘unique’ Tug Hill snowmobile trail users every year, 52% of whom come from outside of the Tug Hill area. The out-of-town riders spend a combined equivalent of 347,337 days snowmobiling in the Tug region every year and spend about $192 per day. That spending is for everything from lodging and food to snowmobile equipment and repairs as well as gas, shopping and entertainment, among other things. The survey findings indicate that 866 jobs, earning those employees a combined total of $28.8 million annually, is a result of the snowmobile tourist spending, with sales adding up to about $81.58 million across Tug Hill, Mrs. Aucter said. Annual sales tax revenue adds up to about $444,000 for Tug Hill counties.”

Most legislators agreed that the committee proposed by Skipper should be formed, and this is would be a sensible move. It would allow stakeholders to examine the concerns of snowmobiling in the Tug Hill region and develop ways to mitigate problems.

Various governmental entities and private organizations commissioned the Center for Community Studies at Jefferson Community College in Watertown and consulting firm Camoin 310 in Saratoga Springs to conduct this survey. This was an ambitious undertaking that yielded excellent results. It’s good these groups pooled their resources to have this study done.

Those overseeing the recreational use of Tug Hill have a strong incentive to minimize any problems caused by snowmobilers. This area is a true gem in Lewis County, and the number of people it attracts each year is a testament to its value. We commend everyone involved in addressing concerns and ensuring Tug Hill remains a cherished asset for years to come.