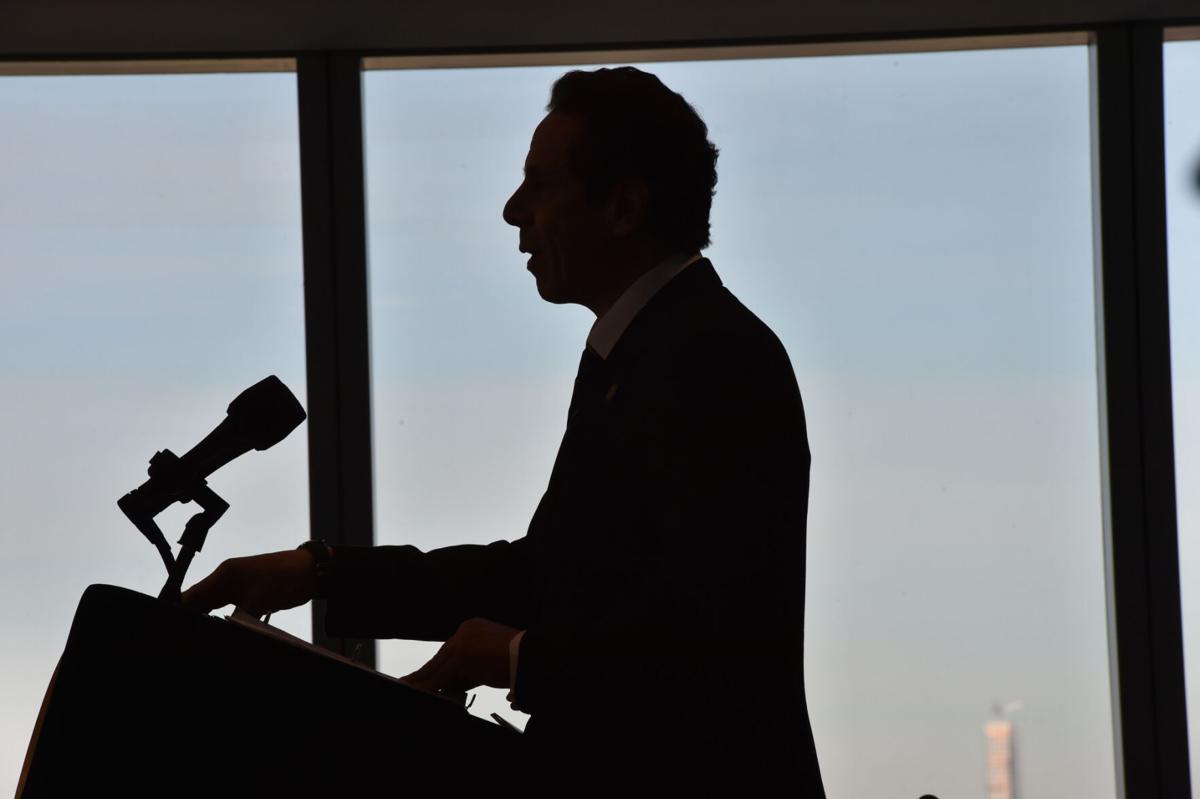 Kevin P. Coughlin/Office of the Governor Andrew Cuomo has cast a long shadow over New York state government. The scandals of his administration finally caught up with him as he announced Aug. 10 that he will leave office Aug. 24. 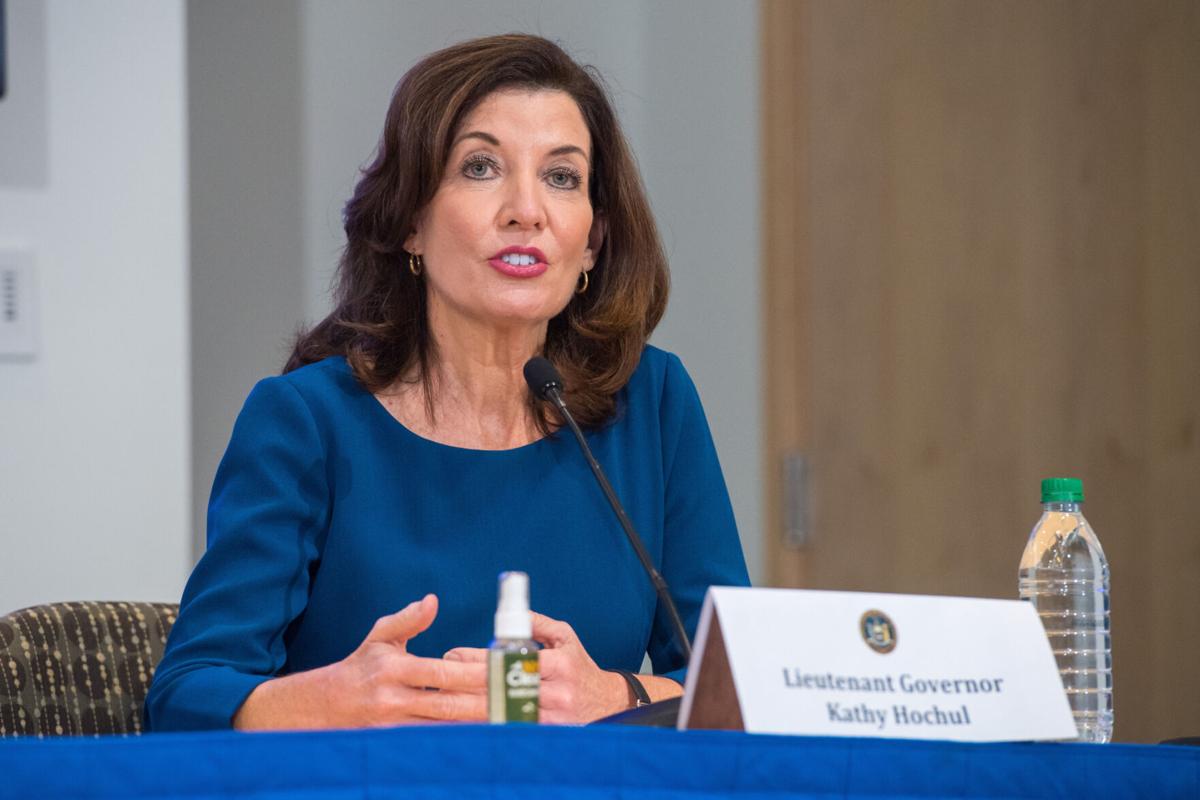 Kevin P. Coughlin/Office of the Governor Andrew Cuomo has cast a long shadow over New York state government. The scandals of his administration finally caught up with him as he announced Aug. 10 that he will leave office Aug. 24.

Andrew Cuomo certainly isn’t the first public figure to allow hubris to get the better of him.

In fact, New York state has more than its share of arrogant elected officials who believed they could ignore the law and do as they please. Cuomo is merely the latest to be added to a rogue’s list of individuals whose thirst for power overwhelmed their sense of duty.

Following a blistering report issued by the office of state Attorney General Letitia James last week, Cuomo announced Tuesday that he was resigning as governor. The investigation confirmed the credibility of accusations of sexual harassment made against Cuomo by multiple women and declared that he violated state and federal laws while doing so.

In addition, state legislators said they were proceeding with plans to carry out an impeachment process against Cuomo. This investigation has centered on other scandals pertaining to the Executive Chamber, including how it dealt with the deaths of nursing home residents from COVID-19.

Curiously, Cuomo said his resignation wouldn’t take effect until Aug. 24. That’s a lengthy period for a lame duck governor who’s potentially facing criminal charges to mill around Albany. Members of the state Legislature need to let him know they’re keeping a close watch to ensure he resists the temptation to engage in mischief.

Lt. Gov. Kathy Hochul will become governor once Cuomo leaves; her ascendance to this position will be a breath of fresh air. She’ll be the first woman to lead New York.

And as a native of Buffalo, she’ll be the first governor since George Pataki who wasn’t from New York City (Pataki was born in Peekskill, in Westchester County). As governor, she’ll offer an independent political perspective in Albany — one that wasn’t formed by or isn’t focused on the five boroughs of The Big Apple.

Hochul must clean house when she assumes control of the Executive Chamber in two weeks. James’s report labeled the Cuomo administration as one “rife with fear and intimidation.” This is no way to run an essential branch of government.

Hochul needs to restore people’s confidence in the governor’s office, and we firmly believe she’s up to the task. Constituents and state workers alike should have faith that the Executive Chamber is being used to serve the interests of all New Yorkers, not just to pursue personal ambitions of power.

This is the trap that the governor’s office has become. Cuomo is the third consecutive governor to leave under a cloud of scandal, and he’s the second of the past three to resign mid-term.

To his credit, Cuomo has some noteworthy accomplishments to proclaim. He signed the Marriage Equality Act in 2011 and implemented the Downtown Revitalization Initiative, which has provided millions of dollars to communities to carry out economic redevelopment. He also served as a calming presence during the novel coronavirus pandemic, speaking knowledgeably about this health care crisis to residents statewide and laying out how we can curb the spread of infection.

However, these achievements do not erase the fact that Cuomo frequently abused his authority to the detriment of others. He often governed in an autocratic manner, and this is unacceptable. Our brand of democracy demands limits on the power of elected officials, but Cuomo at times didn’t want to recognize such restrictions.

What’s worse is that far too many people in state government allowed him to get away with this. State legislators must stop acting as a rubber stamp for a dictatorial personality and reassert their role as a check against the excesses of the executive branch.

The state Legislature can — and should — proceed with the impeachment process. The controversies involving Cuomo’s administration deserve to be thoroughly explored.

Lawmakers must expose these abuses and go on the record with how they plan to hold the Executive Chamber accountable in the future. They also need to ensure that Cuomo is never able to hold public office again.

In addition, the investigations by law enforcement agencies into Cuomo’s reported crimes should proceed. If they find that he broke any laws, he must be charged and face punishment.

Much work needs to be done to restore dignity to the Executive Chamber. Cuomo’s resignation is a good start, but that’s only the beginning. The legislative and judicial branches have roles to play in demonstrating that public officials will be held accountable for egregious behavior — and that includes governors.

In addition, the investigations by law enforcement agencies into Cuomo’s reported crimes should proceed. If they find that he broke any laws, he must be charged and face punishment.

They can skip that. Stefanik has already found him guilty. Off with his head!

It’s probably hoping for a lot from a politician, but maybe Hochul has her ego a little more in check than the gentlemen who’ve preceded her.