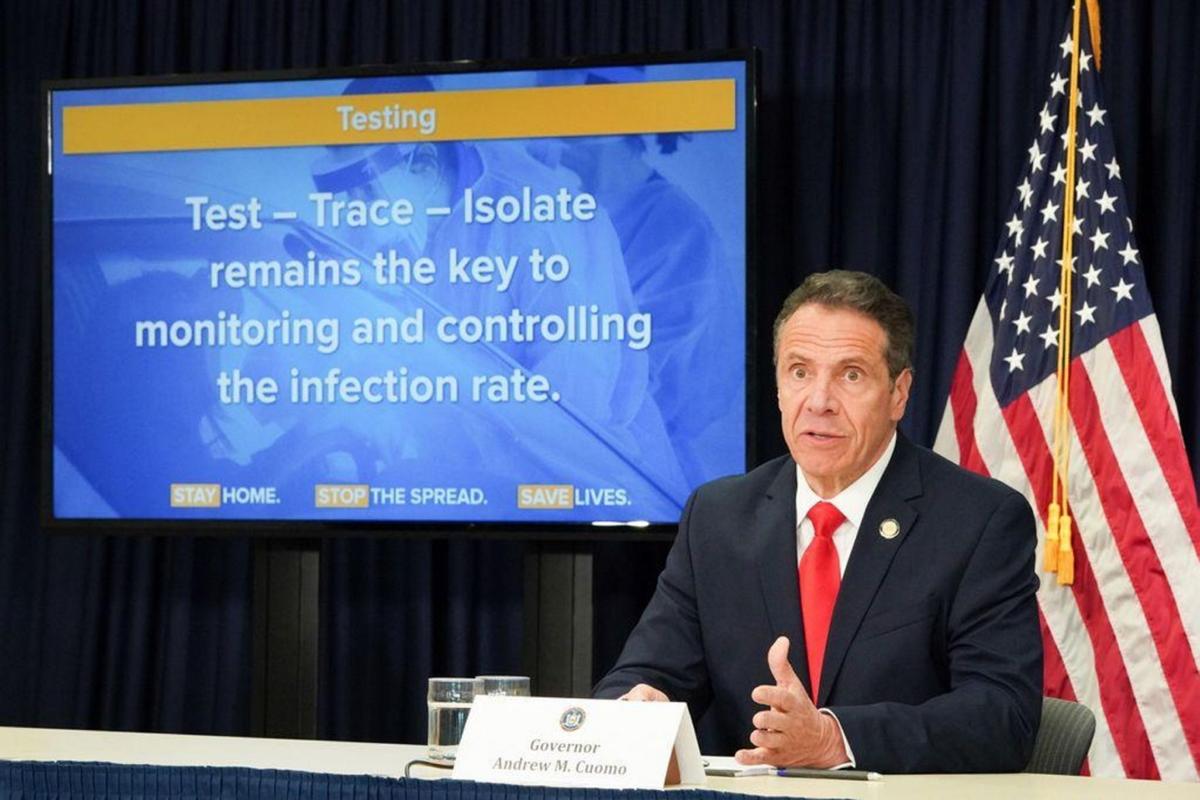 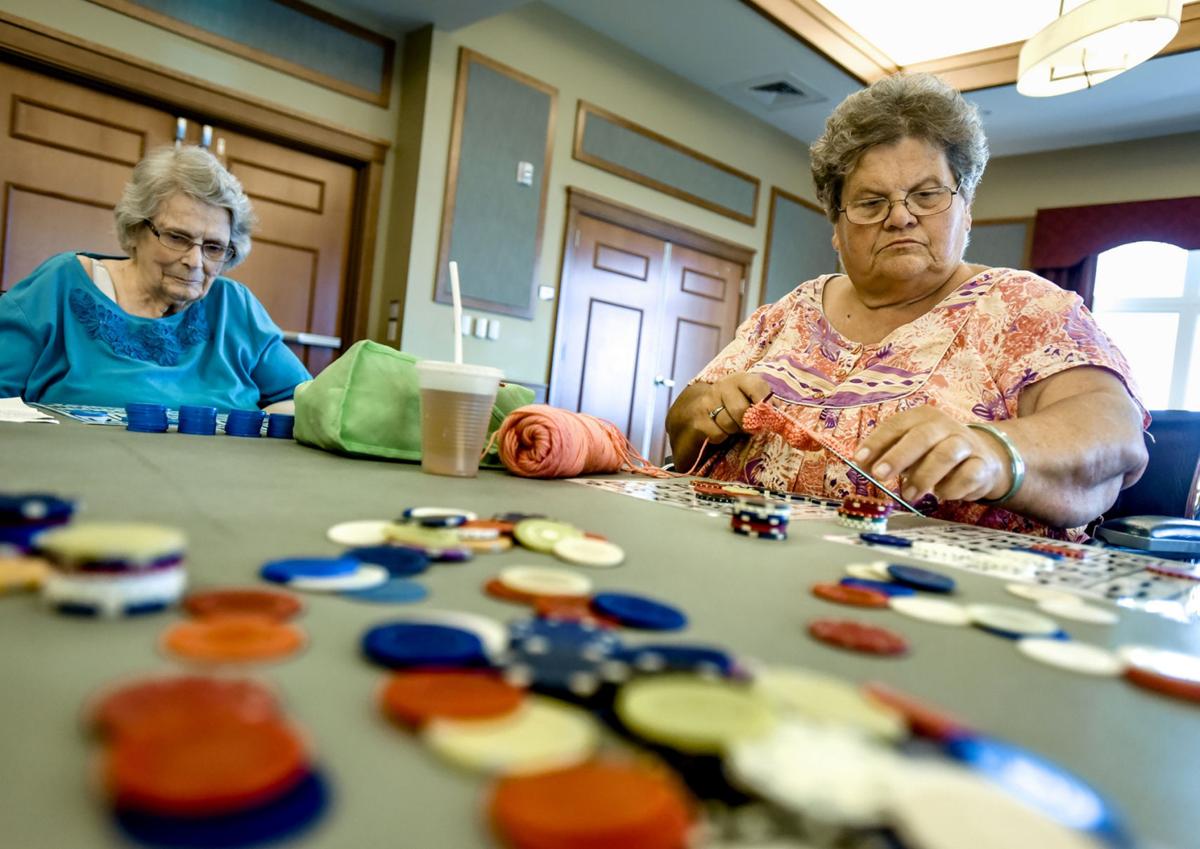 Those who operate residential facilities, such as Samaritan Summit Village in Watertown, wonder how they’ll pay for the new state mandate to test all their employees twice a week. Watertown Daily Times

Those who operate residential facilities, such as Samaritan Summit Village in Watertown, wonder how they’ll pay for the new state mandate to test all their employees twice a week. Watertown Daily Times

In dealing with the devastating effects of the novel coronavirus pandemic, many aspects of life have been put on hold.

One thing that has continued, however, is the inclination of the state government to pass out unfunded mandates. A recent one comes from an executive order signed by Gov. Andrew M. Cuomo on May 10, which will hit the budgets of nursing homes.

Mr. Cuomo’s executive order directs “all nursing homes and all adult care facilities, including all adult homes, enriched housing programs and assisted living residences to test or make arrangements for the testing of all personnel, including all employees, contract staff, medical staff, operators and administrators …” Facilities failing to comply with this order may have their operating certificate suspended or revoked. Personnel who refuse to be tested in accordance with their company’s plan “shall be considered to have outdated or incomplete health assessments and shall therefore be prohibited from providing services to such nursing home or adult care facility until such testing is performed.”

The costs for these tests will strain the financial resources of these facilities.

“The twice-weekly novel coronavirus testing for nursing home staffs are intended to help prevent further spread of COVID-19 to vulnerable residents, but many facilities are concerned about the substantial cost that falls squarely on their shoulders,” a story published May 17 by the Watertown Daily Times reported. “While it was not explicitly stated in the executive order issued on May 10 by Gov. Andrew M. Cuomo, nursing homes and adult care facilities ‘are responsible for providing testing for their employees, including assuming responsibility for the costs of testing,’ according to the first ‘Frequently Asked Questions’ directive dated May 12, fleshing out the order’s details. That cost, which was about $51 per test as of May 1, is now up to $100 at LabCorp, the most commonly used ‘reference lab’ by north country facilities.

“For the Lewis County Residential Facility — the Lowville nursing home run by the county Healthcare System — that will mean finding on average $48,000 weekly to test its 240 employees, according to Chief Executive Officer Gerald R. Cayer,” the Times article reported. “At this point, the order is scheduled to remain in place until June 9. Between now and then, at least six staff testing rounds will be performed, bringing the cost to $147,000 for that period — a figure that is not budgeted. If this testing becomes part of the ‘new normal’ for testing requirements, the county hospital will have to find about $2.5 million every year to cover it, Mr. Cayer said in a Thursday email.”

The five nursing homes and two adult homes in St. Lawrence County have staffs ranging in size from about 25 to 254 employees, according to the story. The largest facility, located in Ogdensburg, would need to allocate at least $152,600 from now until June 9.

“Two of the largest nursing homes in the north country, Samaritan Keep and Samaritan Summit Village, are both part of Samaritan Medical Center and have about 700 staff members between them, according to Samaritan’s director of public relations Leslie DiStefano,” the Times article reported. “The costs for testing at those facilities will not be defrayed by the center’s ability to analyze tests in-house, Ms. DiStefano said, because they do not have enough supplies. The center will also be using LabCorp for the 1,400 tests weekly, which will cost about $420,000 for the order’s duration.”

This is obviously a response to the criticism Mr. Cuomo received for ordering nursing homes in March to accept patients who tested positive for the virus. The state has recorded thousands deaths of nursing home residents from COVID-19, and the governor has since revised his order.

So it’s good that his administration wants to control the spread of infection among nursing home residents and staffers. But Mr. Cuomo’s latest directive will cost these facilities an enormous amount of money, and many aren’t sure where these funds will come from. Legislators need to look for ways to help nursing homes pay for these tests to avoid their closure, which would deepen this health care crisis even further.

I feel this editorial is just another jab at Cuomo.

The federal government should pay for it... and will.

Have the fiscally conservative members of the WDT editorial board ever considered what it's like for your spouses and family members to live with you?

Oh the fear and dread! Oh the long and worried faces! Oh the indigestion!

The world is coming to an end.

Padding the body count will get you more Federal money.

Padding the census with illegal aliens will get you more electoral votes, more representatives in the House, and more Federal money.

Some call it "gaming the system" actually it's called democrats....

too much conspiracy theorizing will get you in a padded cell.

the federal government has enormous untapped fiscal capacity. congress and the president should be moving right now to backstop state and local governments with more funding.

Hmmm, just where do you think the “ enormous untapped fiscal capacity” comes from? Why should fiscal responsible red states have to support states like NY that where billions in debt prior to CoViD? Cuomo has been screaming ‘states rights’, handle it then...

state and local governments all over the country, in red places and in blue places, are soon going to find themselves in crisis. the federal government needs to step in to prevent needless suffering. if some states get even more aid than they need, then they can simply cut their own taxes. on the other hand, blue states tend to be net makers and red states tend to be net takers, so there's nothing unfair about this at all.