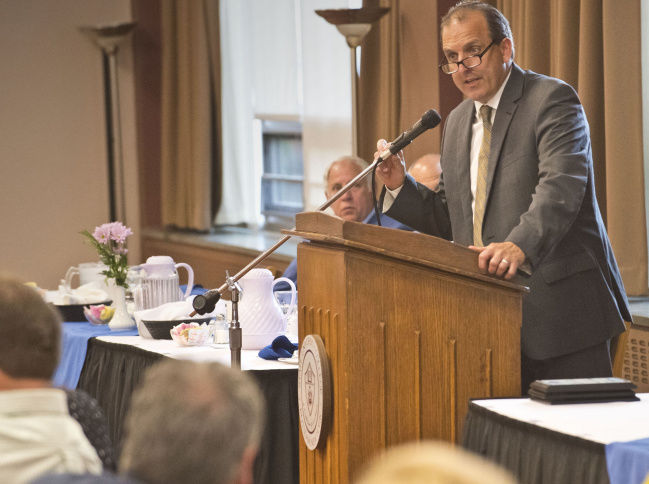 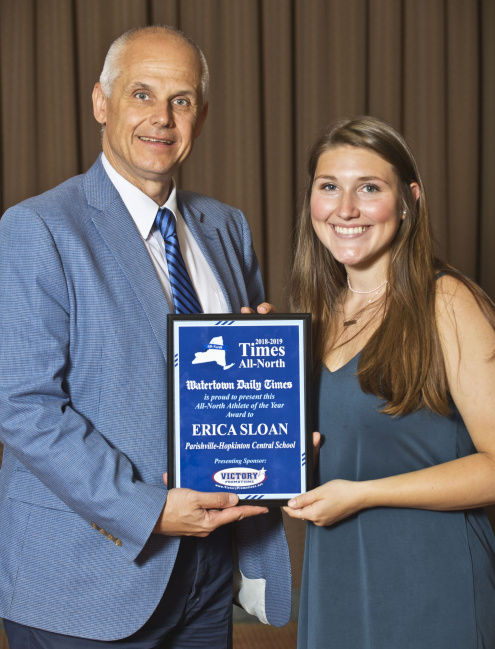 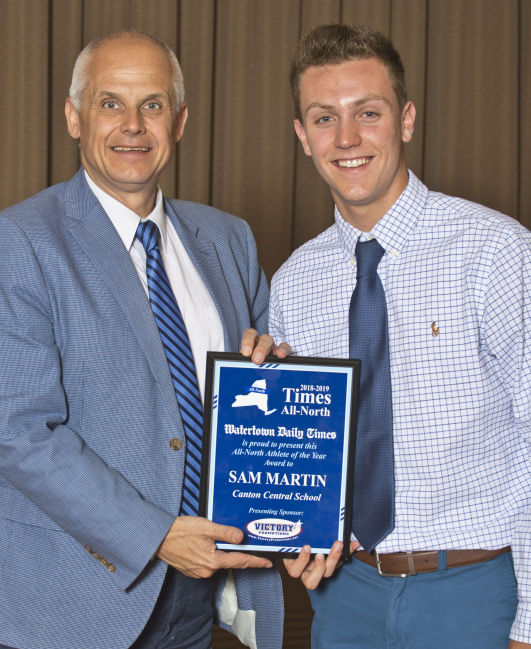 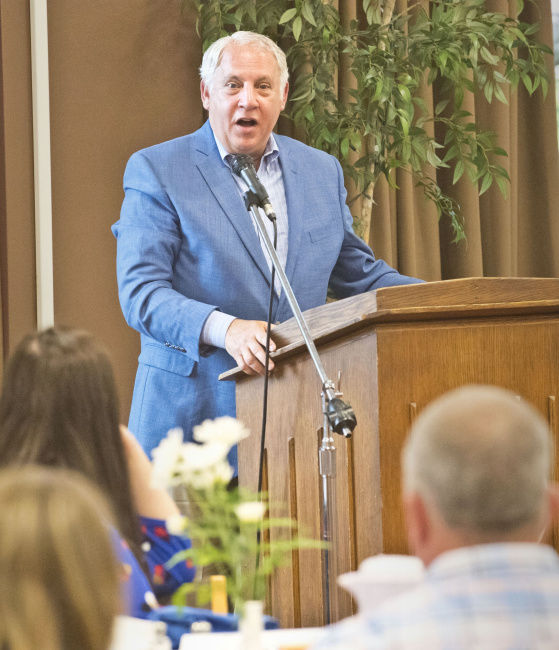 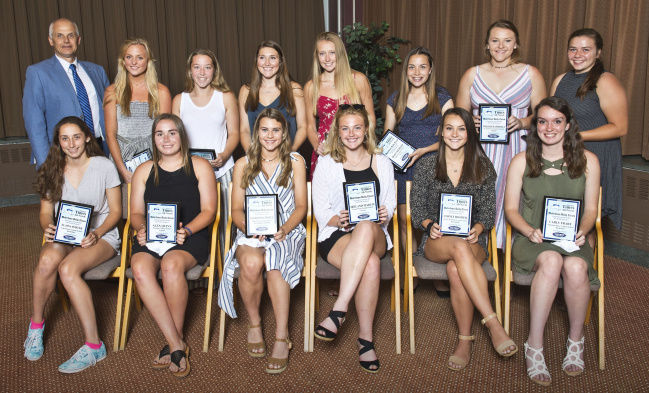 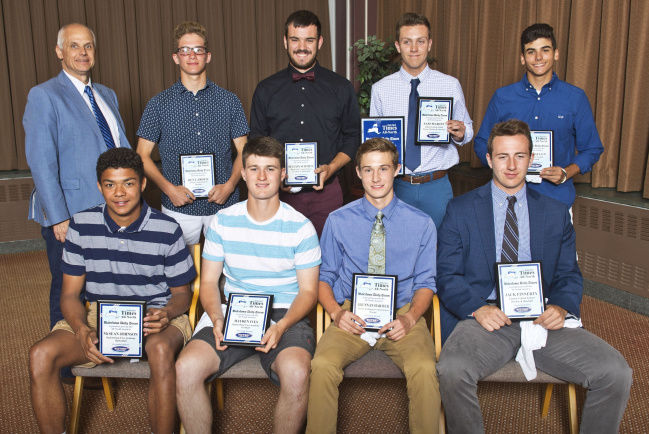 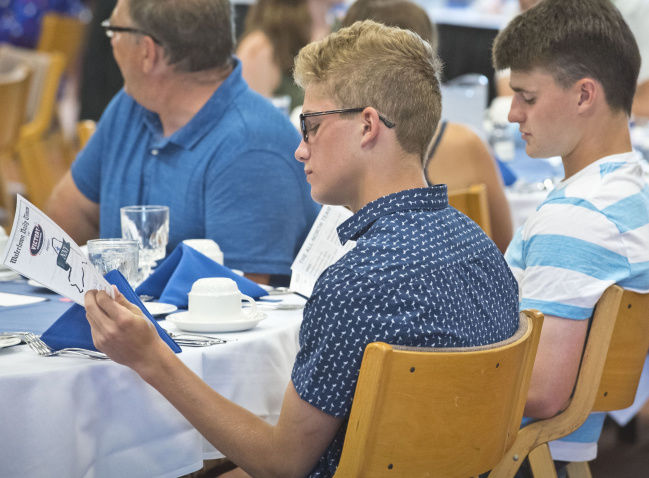 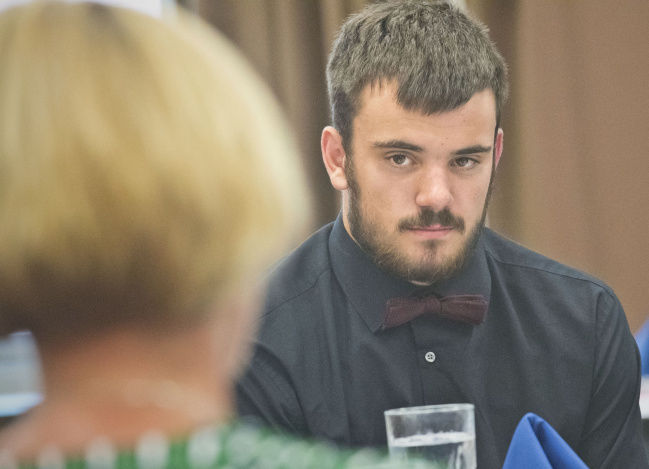 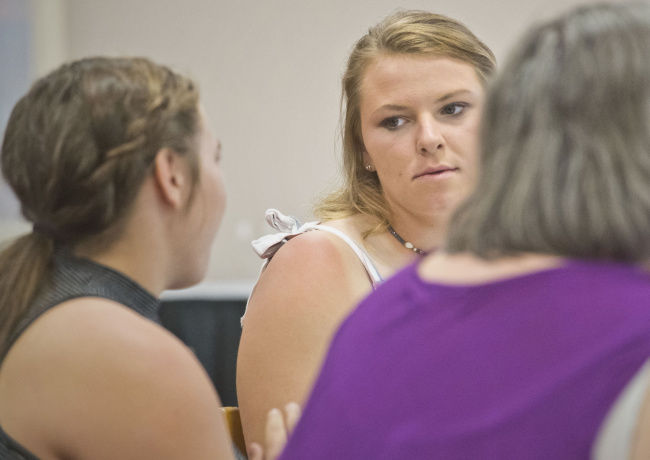 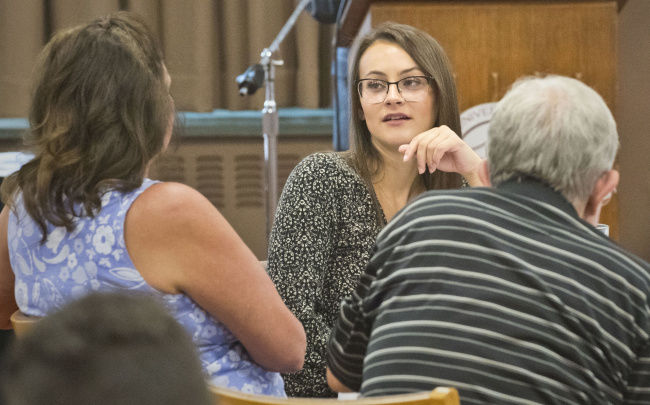 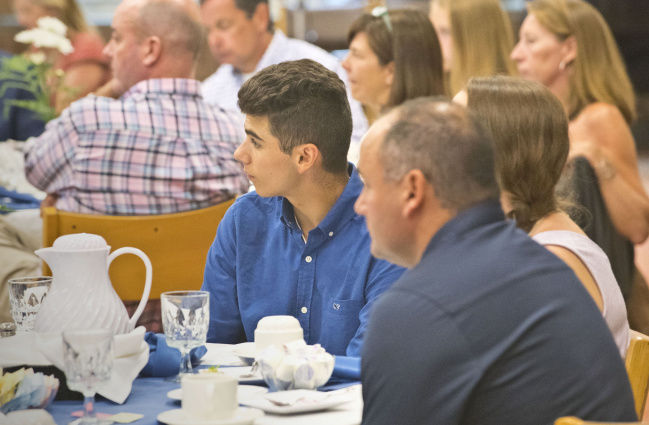 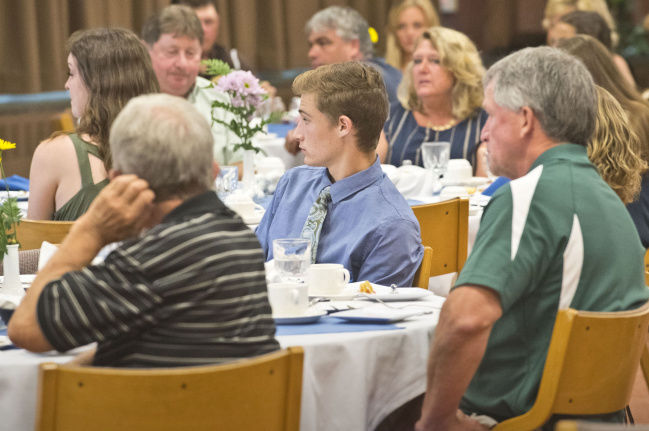 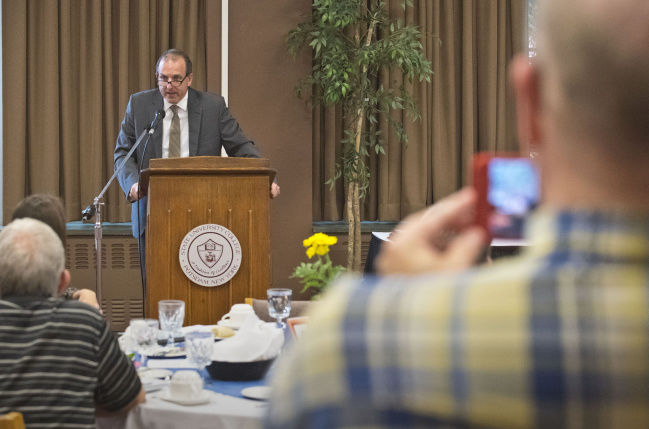 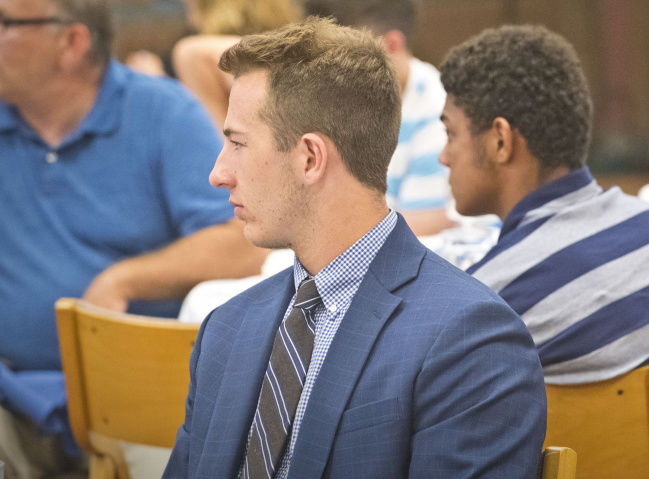 POTSDAM — The best high school athletes in the Northern Athletic Conference got some advice from two men who have become successful in hockey at the fifth Times All-North NAC banquet Monday night at SUNY Potsdam.

Clarkson University men’s hockey coach Casey Jones and Potsdam native Gavin Regan, who is Massena’s athletic director and an executive with USA Hockey, shared their advice with the all-stars.

One of the things Jones stressed for the seniors was when they join a new team next year to listen, be seen and not heard.

“You want to look around and you want to navigate,” Jones said. “Then you are going to see who is successful and who gets it. Who are the people who are high achievers there? Follow those people.”

Martin, who is going to Elmira to play soccer and lacrosse, said afterward that was the piece of advice that most applies to his going from a senior star in high school to a freshman.

“Starting over again is going to be weird,” Martin said. “I will have to listen a lot more than I spoke this year.”

Jones stressed what is really important about sports and how it leads to successes in other areas of life.

“It gives you a foothold and you find people that are like yourself, whether its (college) intramurals or on a team. It’s an unbelievable feeling to give yourself up to be part of something that’s greater than you. That’s what team sports is all about. I think we forget what sports are all about. It’s about life lessons and being part of something bigger than yourself.”

Jones also stressed a big part of sports and being successful, is learning how to work with people you may not like.

“Not everybody has the same passion for things you do,” Jones said. “You have to navigate that. They are part of your team. You are going to find a coach that’s difficult to deal with. Maybe what you do, he doesn’t really like, and you’re going to fight through some stuff.”

Regan talked about how his athletic ambitions ended in his freshman year at Norwich, where he suffered a bad Achilles tendon injury that ended his career. He shared what he’s observed over the years working with both the U.S. men’s and women’s national and Olympic teams.

“One thing that is a common thread is the player’s will to succeed,” Regan said. “They are very competitive, academically. Our national development program, we literally make them go to study halls at night. The other thing that really sticks out with our elite athletes is their self-development.”

“People can drive you to a camp or drive you to practice, or you can go to wherever you want, but that will only get you so far. It’s the hours you’ll put in while people aren’t watching, whether it’s in the weight room, shooting baskets, hitting baseballs or softballs. Self-development will get you over the hump. Our players are doing so much on their own when people aren’t watching.”