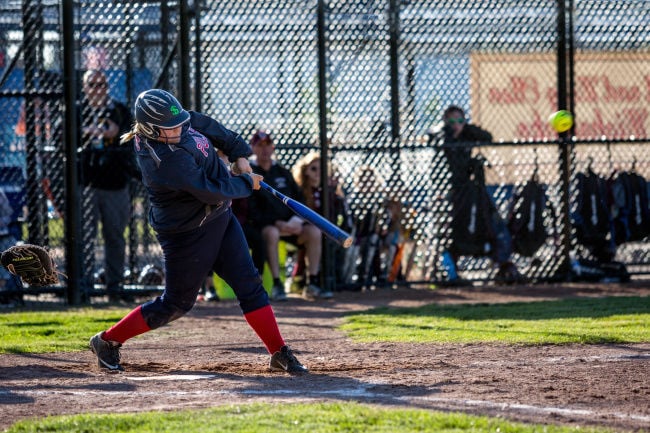 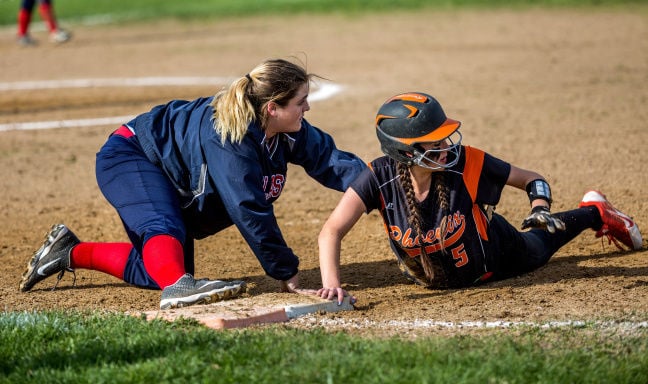 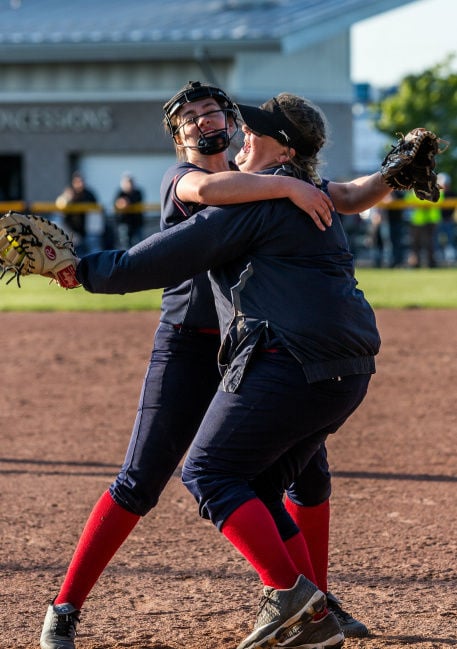 PULASKI - Kaitlyn Birmingham was left stunned by a softball accolade for the second time in the span of a month when she was selected to the NYSCCOGS All-State Softball Class C second team as a first baseman.

The recent Pulaski graduate was hanging out in her backyard when her parents came outside to deliver the news on June 23, and after initial feelings of shock and disbelief, Birmingham said she ran inside to confirm that her name was part of the team that was posted on the New York State Sportswriters website.

Fulton junior shortstop Madison Gilmore was named to the Class A sixth team to round out the all-state softball selections from Oswego County. All-state selections for baseball along with boys and girls lacrosse are expected to be unveiled later this month.

“I think it was a lot of hard work and a lot of effort, and listening to everyone around me who would give me advice,” said Birmingham, a four-year varsity softball standout for the Blue Devils that plans to continue playing the sport at Jefferson Community College next spring.

“The all-state team means a whole lot,” she added. “When my parents first told me that I made it, I didn’t believe them, but then when I went online and saw myself, I was ecstatic. I was so happy.”

Birmingham helped guide the Blue Devils (16-5 overall) to the Section 3 Class C championship and led the team in batting average (.571) and total hits (32), according to stats reported to syracuse.com.

The highlight of her strong senior campaign came during fourth-seeded Pulaski’s resounding 19-9 victory over No. 2 Oriskany in the sectional championship game on June 3 at Carrier Park in Syracuse. Birmingham sparked a relentless hitting attack by finishing 5-for-5 with two triples, a double, and a pair of singles to go with six runs batted in and three runs scored.

Pulaski amassed 23 hits to secure the third sectional title in program history and the first in 11 years.

“Winning our sectional championship will stay forever in my mind,” Birmingham said. “It was amazing, we were all speechless, including me, because I never thought that we would make it to that point but we did.”

The bounceback campaign, which was preceded by a five-win 2018 season, provided the exclamation point on the four-year varsity careers of Birmingham and classmates Chelcie Oakes, Kalista Kimball, and Lauren Denny.

“I’m just really proud of myself and everyone that was on the team for how hard we worked to get where we did,” Birmingham said. “It stunk that we didn’t continue on (in the state playoffs) but we made it farther than anyone thought we would. I’m so happy that we did for my senior year.”

Birmingham was also a member of the Pulaski volleyball and cheer teams before shifting her sole focus to her favorite sport of softball.

She honed her skills during each offseason by playing for travel teams and taking part in hitting lessons at Hazen’s Athletic Center in Central Square. She played for the CNY Monsters travel squad for four years before moving to the St. Lawrence Thunder ahead of her senior season.

Birmingham credited her parents, Jenny Reakes and Jeremy Birmingham, for helping her develop as a softball player.

“They would take me to my hitting lessons and pay for them, and they would push me through travel at those times that I didn’t really want to play, and I’m glad that they did because those were some of the best experiences I had,” Birmingham said.

The Birmingham family figures to remain a staple of Pulaski softball into the foreseeable future with Kaitlyn being the oldest of three sisters in the program.

Emilie Birmingham started as a freshman on varsity last season, and she went 3-for-5 with a pair of doubles in the sectional championship game. Their youngest sister, Danielle, played for the Blue Devils modified softball team last year and will enter the eighth grade this fall.