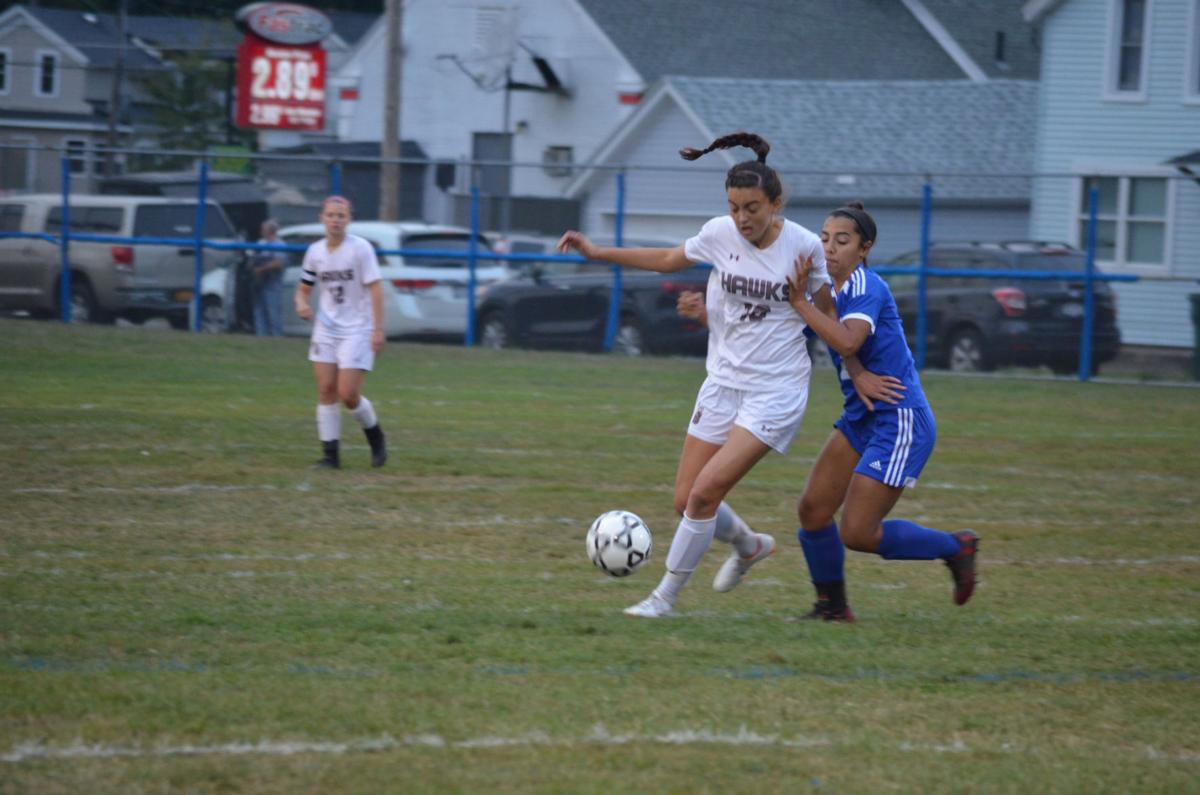 PROVIDED BY ANGELO CARROCCIOCentral Square junior forward Emma Herrmann controls the ball during a 2018 regular-season game. She will help lead a strong returning offense for the Redhawks this season. 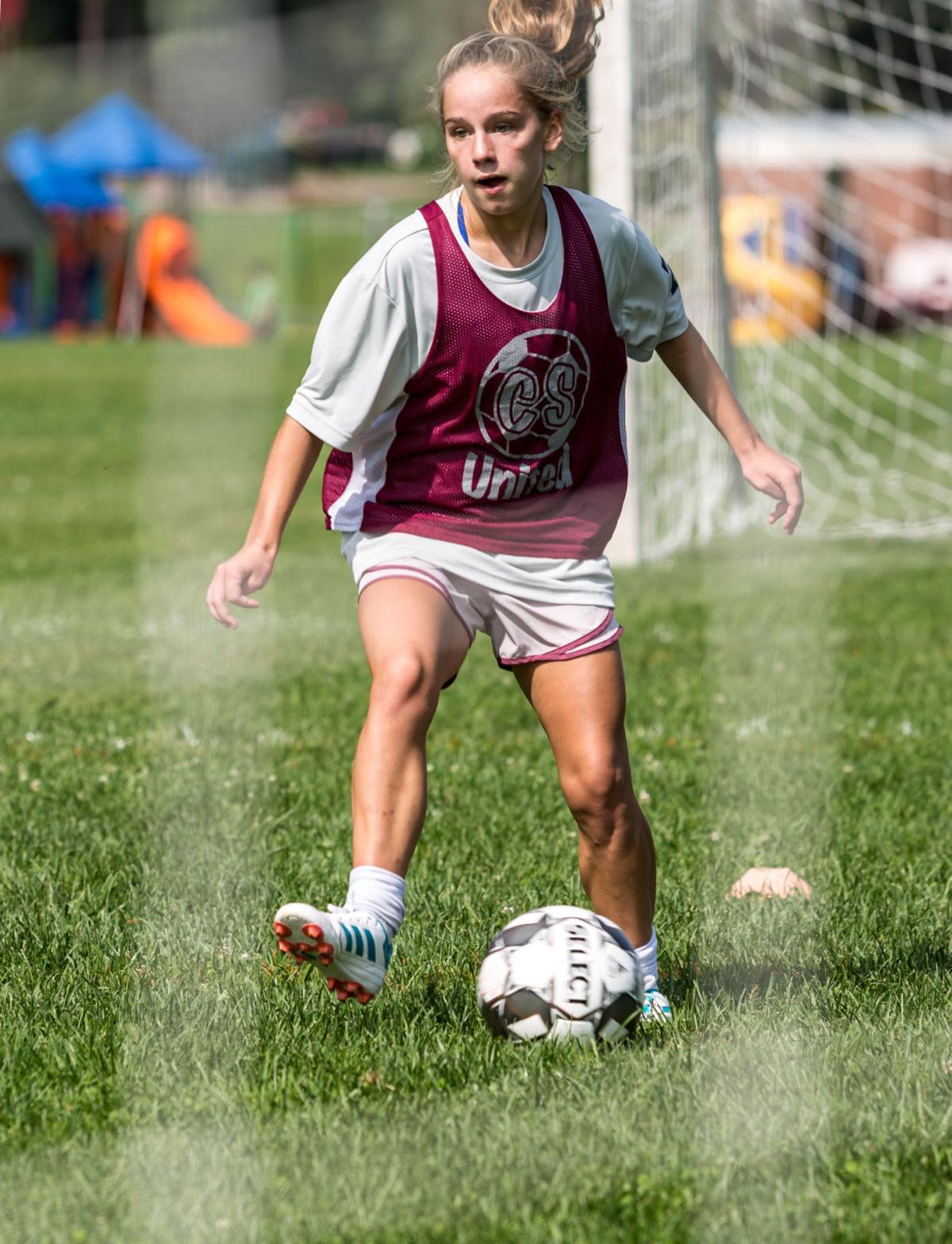 STEVEN J. PALLONECentral Square midfielder Allyson Isereau prepares to pass a soccer ball during a 2018 practice in this file photo. Isereau will be a senior and one of several returning standouts this season. 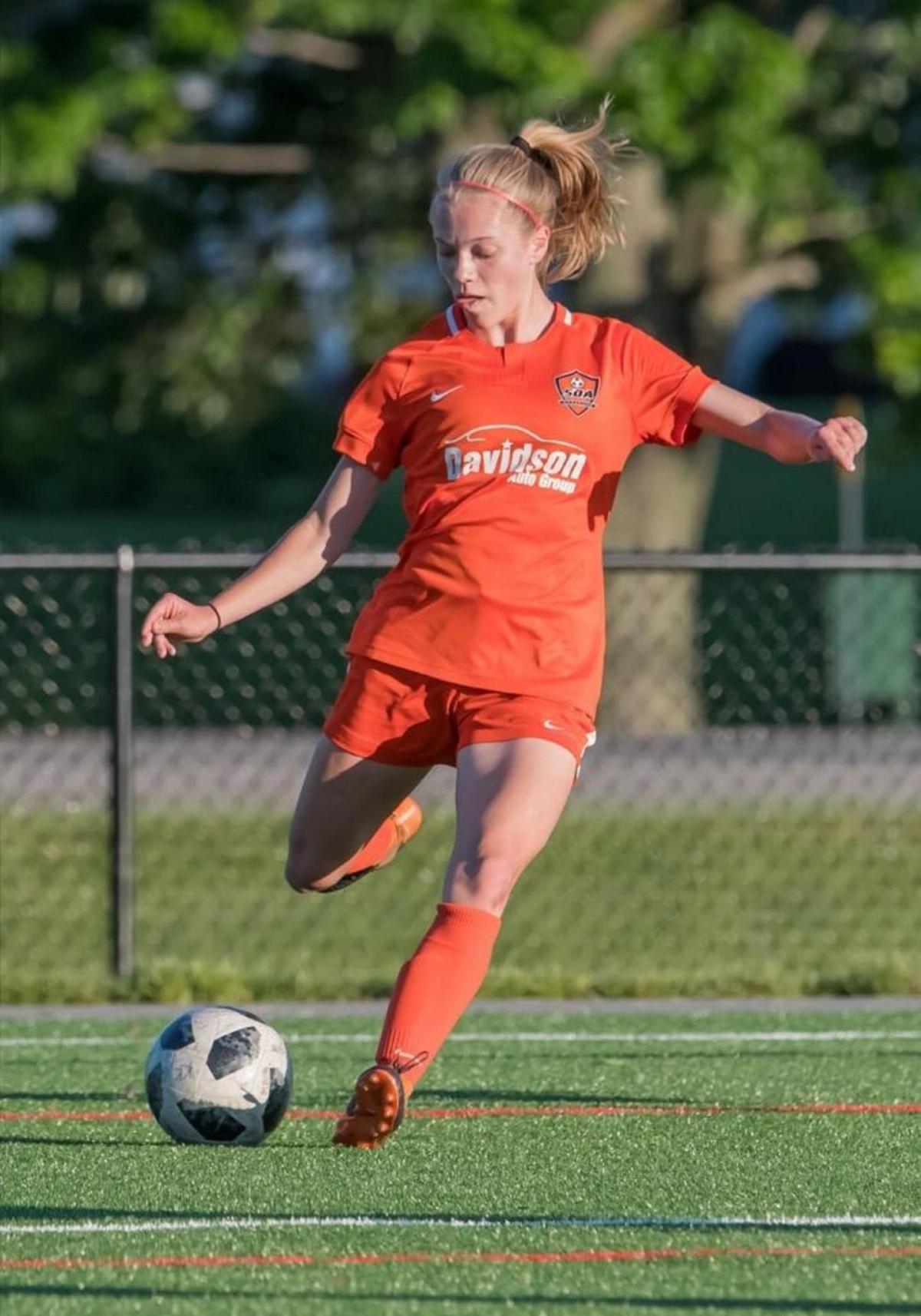 PROVIDED BY ANGELO CARROCCIOCentral Square junior midfielder Cora Keohane prepares to pass a soccer ball during a summer tournament for the Syracuse Development Academy. She will help lead the Redhawks in 2019.

PROVIDED BY ANGELO CARROCCIOCentral Square junior forward Emma Herrmann controls the ball during a 2018 regular-season game. She will help lead a strong returning offense for the Redhawks this season.

STEVEN J. PALLONECentral Square midfielder Allyson Isereau prepares to pass a soccer ball during a 2018 practice in this file photo. Isereau will be a senior and one of several returning standouts this season.

PROVIDED BY ANGELO CARROCCIOCentral Square junior midfielder Cora Keohane prepares to pass a soccer ball during a summer tournament for the Syracuse Development Academy. She will help lead the Redhawks in 2019.

CENTRAL SQUARE — The Central Square girls soccer team remains unsatisfied following the program’s most successful regular season in more than a decade, and is aiming even higher for the upcoming year with its entire offensive core back in place.

The Redhawks finished 12-5 overall and 10-4 in the Salt City Athletic Conference last season for their highest win total in more than 10 years, and only the program’s third season with a winning percentage above .500 since 2007.

Central Square brings back all six players that scored multiple goals last season under second-year coach Angelo Carroccio, including juniors Emma Herrmann and Core Keohane, who combined for 28 goals in 2018 and trained with the Syracuse Development Academy throughout the past year.

The Redhawks were scheduled to open the season earlier this week along with the rest of the girls soccer teams in Oswego County.

“I think we’re setting our goals high but we’re training really hard at practice because, together this year, everyone has the same goal in mind,” said Keohane, a junior midfielder. “I think we have a chance at winning some of those big games, sectionals and things like that, so we’re definitely trying to achieve those goals and working hard to do it.”

Herrmann (15 goals-9 assists) and Keohane (13-11) are just two of the returning offensive standouts set to fuel a potentially potent attack. Senior midfielder Allyson Isereau, who scored four goals and added four assists last year to rank third on the team in each category, is also back along with sophomore midfielder Allie Bateson, coming off a four-goal freshman campaign.

“It’s really nice because we can pick up where we left off last year, and the new players are now getting a feel for what varsity soccer is like,” Isereau said. “The push level is a lot better than some years in the past, everyone is trying to push to that next level to become a better soccer player.”

The Redhawks will be without Kaylie Isereau, Allyson’s identical twin sister, for the second straight season after she suffered a torn anterior cruciate ligament. Kaylie Isereau suffered the same injury in the opposite knee during the 2018 summer to force her to the sidelines for all of last season.

Allyson Isereau said that she will play in tribute to her twin sister this season, the duo was promoted to varsity together during their freshmen year. The rest of the team will hope to benefit from Kaylie Isereau’s leadership and knowledge of the game while rallying around her unfortunate setback.

“That’s tough because she’s such a great kid and a hard worker, and she’s part of the heart of our program,” Carroccio said. “It’s unfortunate. You don’t like to see that happen to any kid, especially knowing her and coaching her the last couple of years, and knowing what kind of kid she is.”

The Redhawks will also be without 2018 starting defender Courtney Fox, a varsity mainstay that Carroccio described as one of the best leaders he has ever coached, and a total of six other former seniors that graduated in June, most of whom contributed defensively.

Freshman goalie Samantha Haley will help lead the back-end for Redhawks after a establishing her starting spot during a breakthrough eighth-grade season last year.

“We have a lot of raw talent and I think there is a lot of potential on this team,” said Herrmann, an All-State fifth-team selection in Class A last year. “We have some new people that didn’t play last year and I think they’re going to help us grow.”

Central Square placed third in the SCAC Empire Division last season and secured the third seed for the Section 3 Class A playoffs before suffering a 3-2 loss to No. 6 Whitesboro in the quarterfinals.

With a collective mission to improve upon each of those finishes, Carroccio said that his summer workouts and offseason training sessions were highly-attended and preseason practices featured a cohesive focus.

“The players work hard and they’re behind (the recent success),” Carroccio said. “They’re self-driven and self-motivated. There is no eye-rolling and we all have the same goal.”

He added: “We have new players and some of the players back from last year will be playing different positions, so you start fresh and you keep working. We’re optimistic but at the same time, we understand that we haven’t done anything yet.”