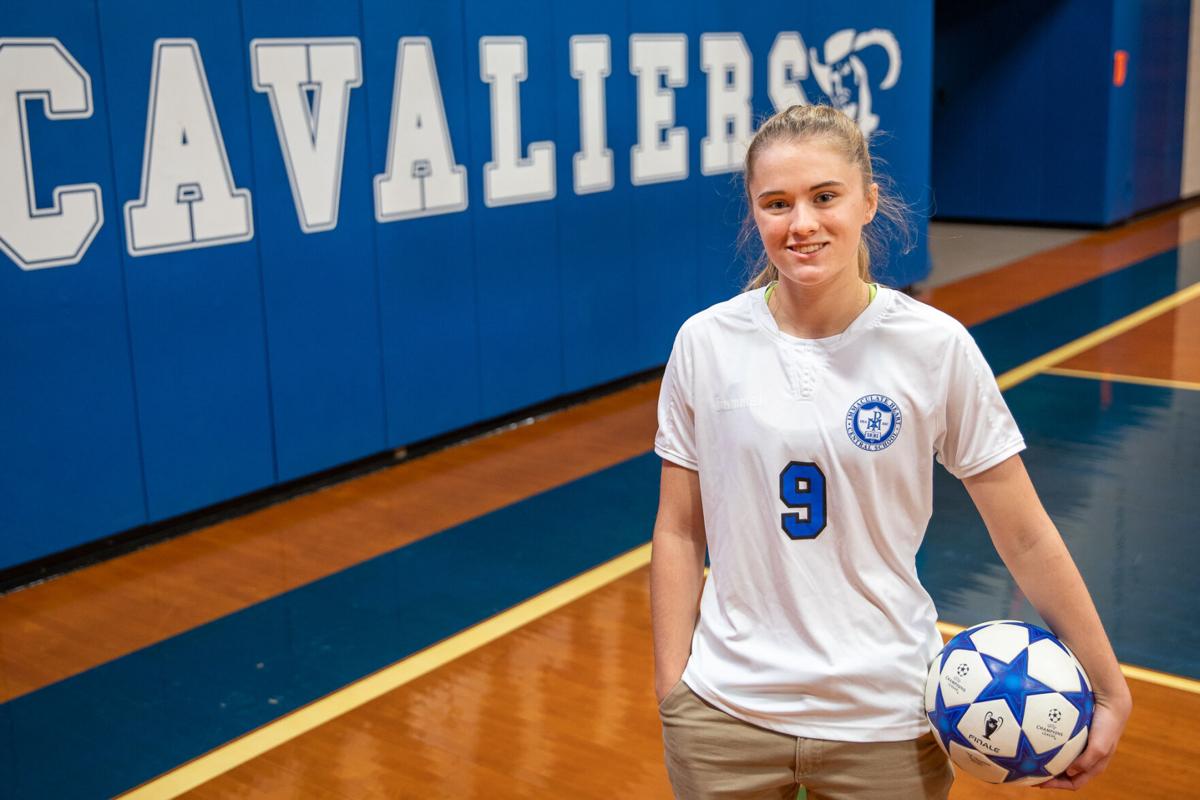 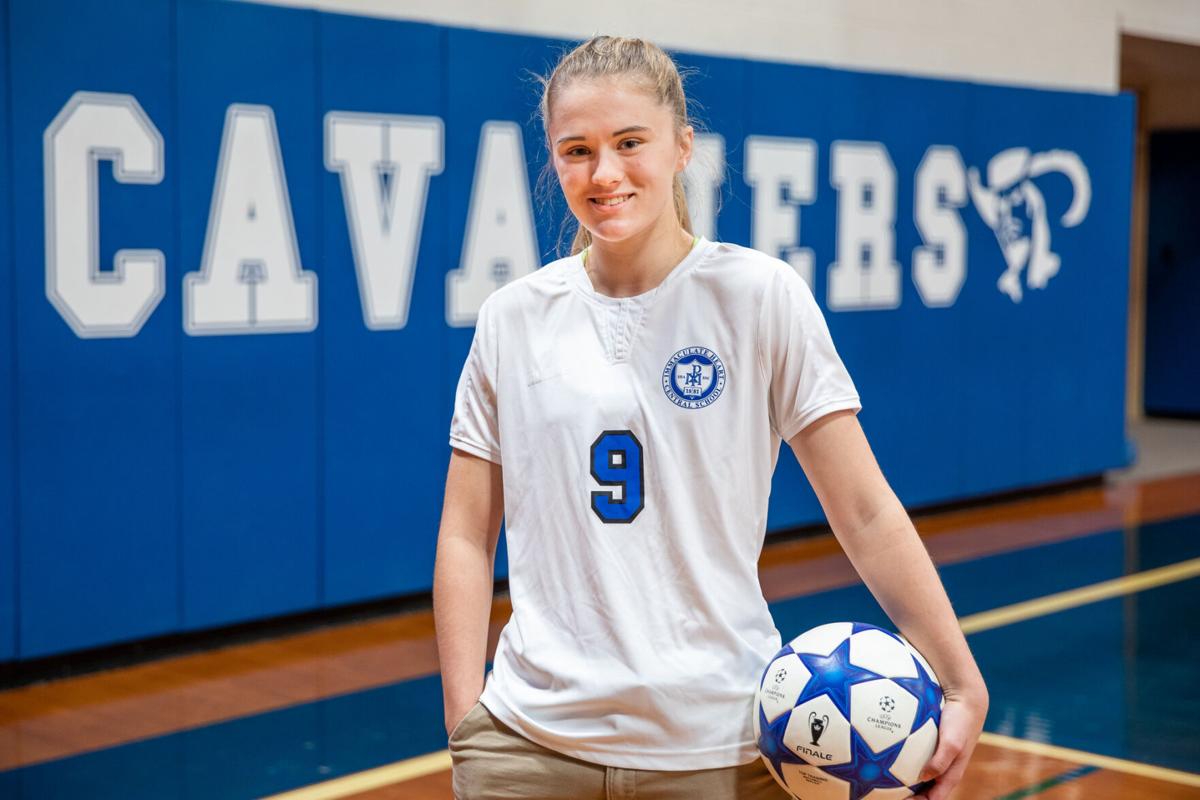 Kat Probst already ranks among the best players he’s coached and she one season left to go.

The Cavaliers junior striker recorded 35 goals and seven assists for 77 points to lead Frontier League scorers across all divisions. Probst helped guide IHC to the Section 3 Class C semifinals and a 14-4 mark.

For those efforts, Probst is our 2021 Times All-North Frontier League Most Valuable Player in girls soccer.

Probst generated five games with at least three-plus goals to lead Section 3 for the most goals and points. She’s gained high praise from her coach and that’s something she’s proud of.

“It feels pretty nice to get that kind of compliment from him,” Probst said. “He’s seen a lot of soccer and I owe him a lot for helping me become a better player.”

Robbins, who completed his 22nd season, compares Probst to standout players such as his daughter and former All-North MVP Kristin Robbins as well as Elysa Doldo, who was an NJCAA All-American with Jefferson Community College.

Probst has become one of the best scorers in the area thanks to working at being able to shoot with both feet. Many top coaches stress players who can use both feet generate more offense.

“She makes it hard to defend her by being so good with her left foot,” Robbins said. “Her left foot makes her so dangerous.”

She’s even surprised opposing coaches with her ability to shoot and control the ball with both feet. It’s a skill that she’s been working on since she was 10 years old.

“Sometimes I can hear someone to try to get me to go left, but that makes me want to score with that foot more,” Probst said. “When I get to celebrate with my teammates after (a) left-footed goal, we have a little chuckle.”

Probst is also traveling the state and the country to become a more complete player. She travels to Rochester during the week to play with Empire United Soccer Academy and is going to a showcase in California next week. She has also played for Black River Valley Academy, the Olympic Development Program and Syracuse Development Academy in her pursuit to become a better player.

“She’s a great worker and she’ll do anything to help us win,” Robbins said. “She’s just so coachable and that makes an MVP.”

She is also willing to go back and play defense if needed, like she did against perennial Section 2 power Schoharie in the Hall of Fame Classic early in the season. IHC won a tough and physical game against one of the state’s better teams, 3-2.

“That was a crazy game,” Probst said. “They were very physical, but I was going to do anything to help us win.”

Probst is also unselfish off the field, volunteering as a junior firefighter for her hometown Plessis Fire Department. She’s also helps out with the Indian River Ambulance Squad and has Basic Life Support skills.

“She’s the type of her person you want your daughter to be like,” Robbins said.

The 2021 fall season capped off a wild calendar year where IHC played an abbreviated fall sports II schedule that saw it play in the snow. Probst was happy to be back on the soccer field back then, but the weather was typical of the area at that time.

“It was so cold when we were practicing,” Probst said. “We’d get to the locker room and we’d ask if anyone had extra hoodies.”

The young Cavaliers team only loses one senior, but is looking to improve from the sectional semifinal defeat. Probst and the team are already working for next season by hitting the weight room to add some strength.

“I feel like this year was great, but I know I can do better,” Probst said. “We could have done so much better.”

Robbins added “She wants to win in the worst way. We don’t want to just get to the sectional finals. We aspire to win them.”