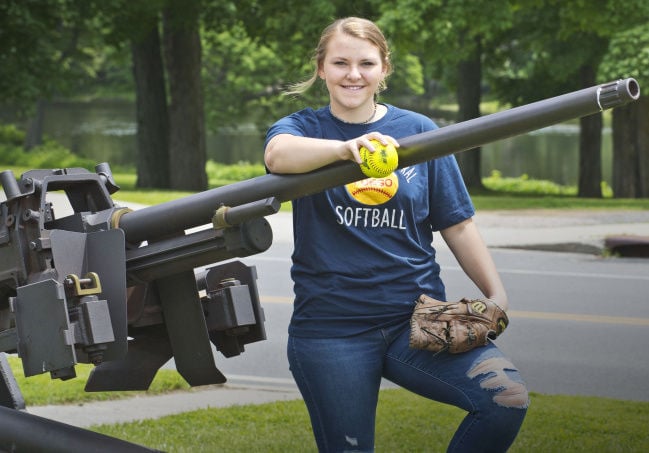 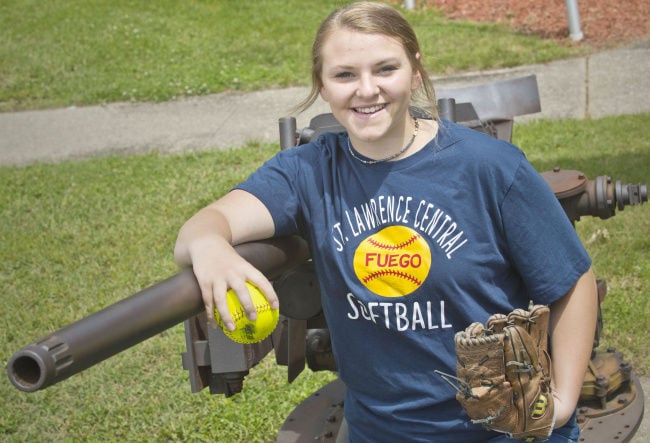 Pretty much everything worked out the way St. Lawrence Central pitcher Makiah Ramsdell planned during her final season of high school softball.

Ramsdell led the Larries to another Northern Athletic Conference Central Division title, another Section 10 Class C championship and, for the first time since 1987, a spot in the state Class C semifinals.

But the best thing for Ramsdell was the return of her classmate Kelsy Waite, a catcher who missed her junior season while recovering from a knee injury sustained in soccer season.

Ramsdell, who repeats as the Times Northern Athletic Conference Most Valuable Player on the All-North softball team, finished the season with an 18-2 record, a 0.62 earned-run average, 271 strikeouts, a no-hitter and a .368 batting average.

“It was amazing to have (Waite) back,” Ramsdell said. “It definitely changed how I threw this year. We know each other very well. She’s been catching for me since I was nine, so she knows exactly what my ball does.”

The Larries’ best moment of the year came in a 3-2 win over Section 2’s Chatham at SUNY Potsdam to earn their spot in the final four. SLC (18-2 overall, 14-0 division) rallied with three runs in the bottom of the seventh inning to win the game.

“It’s going to be a little weird, especially when we face each other and she’s in the box,” Ramsdell said.

The duo was asked who they think will have the upper hand next year when they face each other in a game.

“I know where she can’t hit,” Ramsdell said.

Said Waite, “I’d like to see her try. I like to joke with her that I’m going to (hit a home run) off her one day.”

Ramsdell did consider remaining a teammate with Waite in the future but in the end she decided to stay in the area.

“The atmosphere (at SUNY Potsdam), I liked it a lot,” Ramsdell said. “I looked at Plattsburgh, and that’s a really good school too, but I want to be a teacher and this program felt more at home to me. My biggest (college) challenge is the hitters are going to be a lot better, and I’m just going to have to learn how to be a pitcher and not just a thrower.”

Ramsdell was the only pitcher St. Lawrence Central had in 2019, and she toughed out a stretch late in the season where the Larries played six straight games. In the final game of that stretch, against Canton, she had a blister on one of her pitching fingers but still managed to strike out 20.

“It was a challenge,” Ramsdell said. “You just have to fight through it. There’s no one else (to pitch). When I’m throwing I can’t feel where I’m hurting. It’s just after (the game). I guess it was just adrenaline.”

Said Larries coach Tim Brown, “Every pitch comes off that (middle) finger. She managed to get 20 strikeouts in that last game and that shows how much of a competitor she is, and how much heart she has.”

Ramsdell already knew heading into this season that she was a dominant pitcher in Section 10, but it was in other areas where she wanted to develop.

“I think I improved as a leader more this year,” Ramsdell said. “I did get a little more (pitching) speed. My changeup also got a lot better.”

Along with what they did statistically, the Larries battery set a tone that will pay off in future years for the program’s younger players.

“They are both competitors, but they don’t take things out on their teammates,” Brown said. “If (the team) makes mistakes, they come right back, they do their part and try to get the other one’s to do their’s. Everything starts with them. They know the job is to get (opponents) out.”

Said Ramsdell, “This is the best senior year I could have possibly asked for, because we went so far. (The final four) was just exciting, just to have something I can put my name on.”