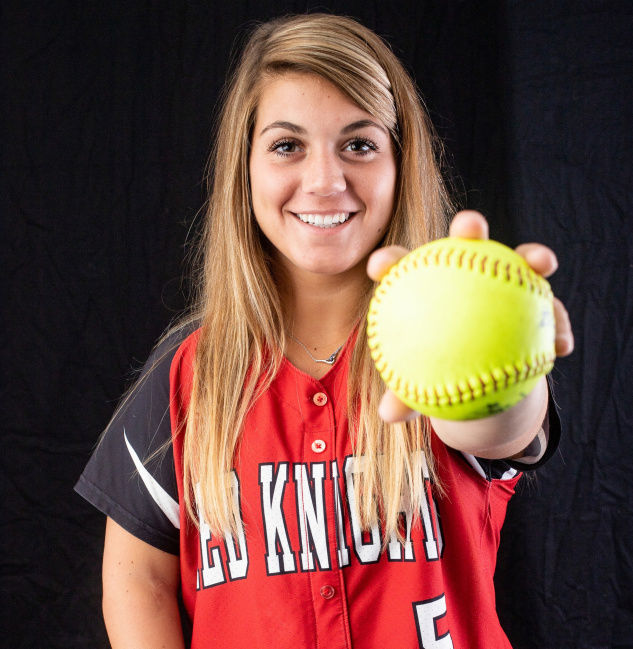 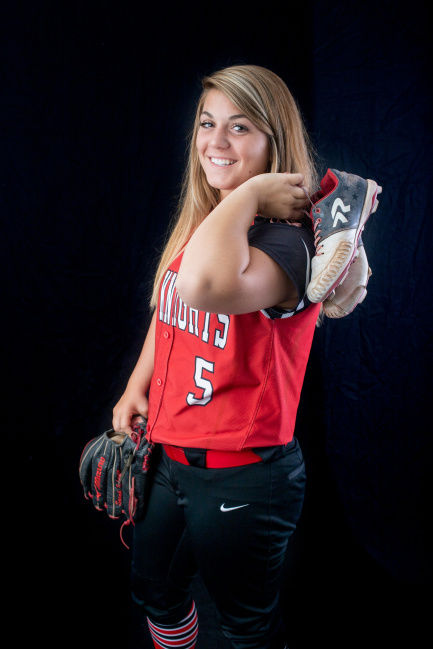 LAFARGEVILLE — Sarah Johnson cried for a while after the final out of LaFargeville’s loss to Deposit in last week’s state semifinals. Under a tree rooted beyond left field, the team convened and collectively cried, she hugged her teammates, her family and her coaches, tears still streaming down her face.

For Johnson, the past five years have all been about LaFargeville athletics, particularly softball and particularly pitching.

As her coach Danielle Wallace put it, “she wore that one on her shoulders.”

The Red Knights made it further than any LaFargeville team before them, and at the center of it, quite literally, was Sarah Johnson, pitching her team to the state final four.

Saturday’s loss marked the completion of five years of pitching for the Red Knights. In that span, Johnson struck out 660 batters including the 156 this year.

As a result she was named the 2019 Times All-North Frontier League MVP.

There’s no undervaluing Johnson’s contributions as a pitcher and a hitter at the top of the lineup. But arguably just as significant is her personality.

“I have a strong personality,” Johnson said. “So I always try to stay up and positive and laughing and always cheering for my teammates.”

Johnson has been a captain since her freshman year because of her passion for the game and her desire to not only improve herself, but her teammates.

“Sarah isn’t the type of person that is looking for personal accolades or recognition of her stats,” Wallace said. “She very much prefers how the team does as a whole.”

As she struggled against Deposit, she remained positive and energetic in the dugout.

Johnson’s words carry a ton of weight, part of why she is a captain is because Wallace views her as an extension of herself. But Johnson’s impact on the team goes beyond her words. Her determination to improve motivates her teammates.

Being born with Erb’s Palsy, an injury that affects her right arm, Johnson has always had the mind set of a workhorse.

“I just had to figure everything out,” Johnson said. “What I couldn’t do I figured out how to do it. I never said that I couldn’t do anything. I always did what my friends did and I worked really hard at doing it.”

When she pitches she holds her glove in her right hand and immediately shifts it on to her left after she releases the ball. The injury has also shaped her mindset.

“It definitely put a mark on me as a person,” Johnson said. “My dad and my mom have always taught me to be confident and make sure that I know that I can do whatever my friends can do. And to never give up, I think that’s a big reason why I have a strong personality.”

Johnson’s personality and work ethic has left an impact on her teammates.

“I think the other kids on the team have played up to Sarah’s potential, she has elevated everyone else’s game,” Wallace said. “I think if I was a kid out there on the field playing I would feel more relaxed if I had Sarah out there pitching in front of me.”

Johnson has formed a relationship with each one of her teammates, the majority of them have played all sorts of sports together for years. But her most bond is between her and catcher Izzy Soluri.

Johnson and Soluri’s friendship dates back to preschool, and Soluri was Johnson’s first catcher when they both started playing softball in youth commission.

“My parents would tell her to throw it back as hard as she could at me so I could get used to people throwing it back and me getting ready to catch it,” Johnson said.

When Johnson travels down to Hazen’s Athletic Center in Central Square to take pitching lessons from Heidi Hazen, Soluri accompanies her, helping Johnson while improving her own catching skills.

“I think they’re one of the most special relationships of any in the Frontier League,” Wallace said. “They couldn’t be anymore compatible than any other pitcher-catcher combination out there. Pat [Labiendo] usually calls the pitches for her and there are times Izzy will come in and say ‘this pitch isn’t working, we might as well not bother with it today,’ that’s how well Izzy knows Sarah and vice versa.

“Izzy has to get a little bit of the credit for how well Sarah has done. She’s been a phenomenal catcher and a phenomenal friend to her.”

The two best friends will continue their streak of playing together next year at Jefferson Community College.

At JCC, Johnson will study childhood education, continuing to put her skills as a personable individual to good use.

But she’ll return to LaFargeville, watching and encouraging the next group of Red Knights as they try follow up the 2018-2019 seniors.