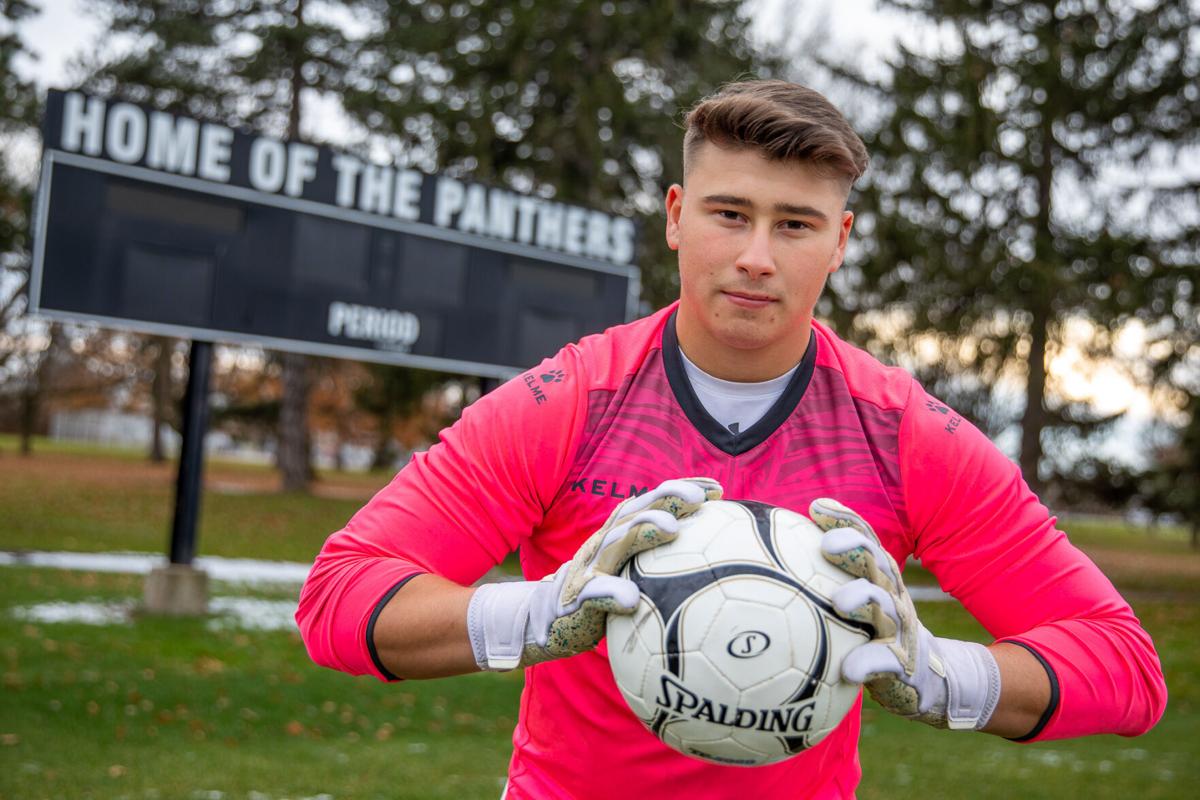 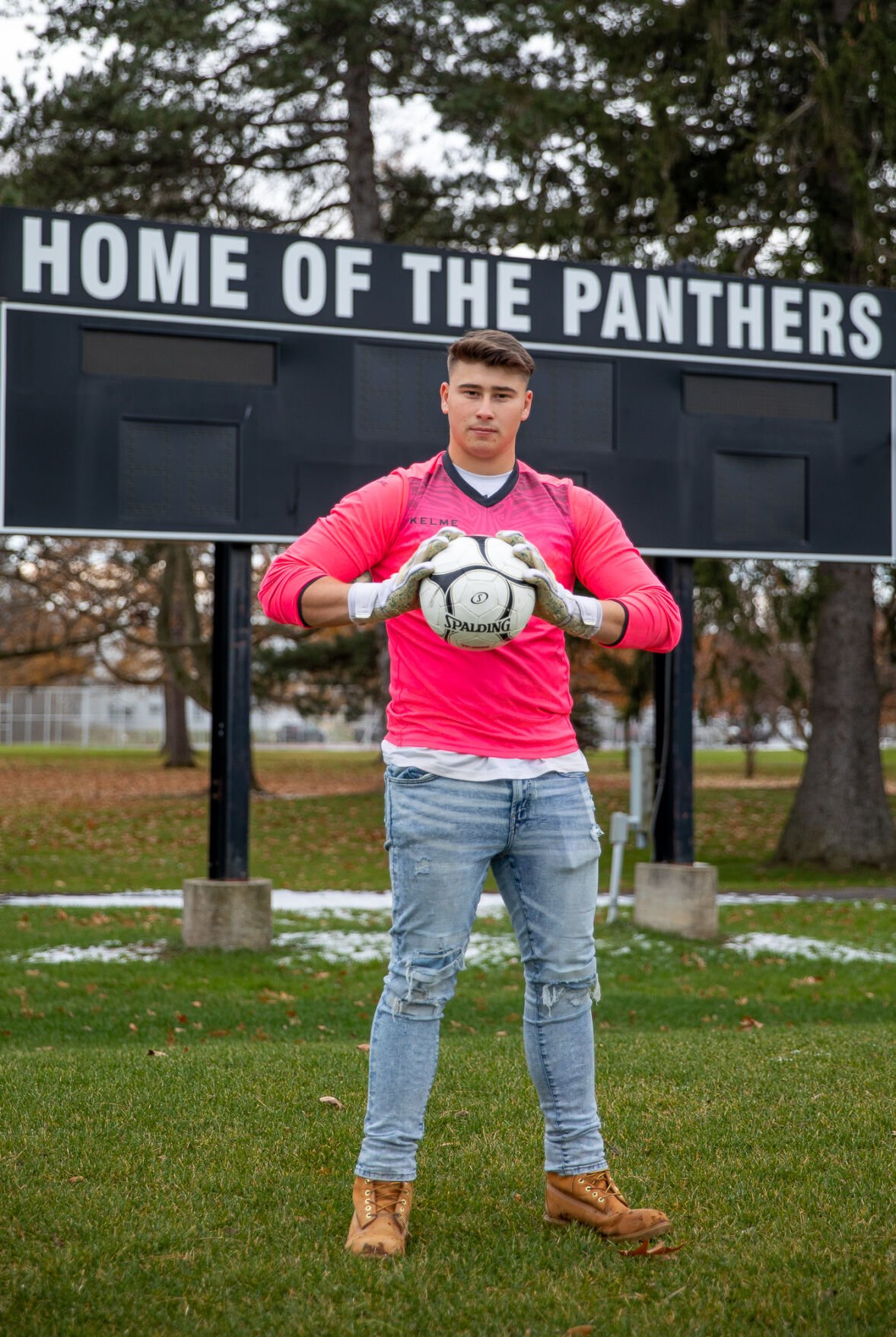 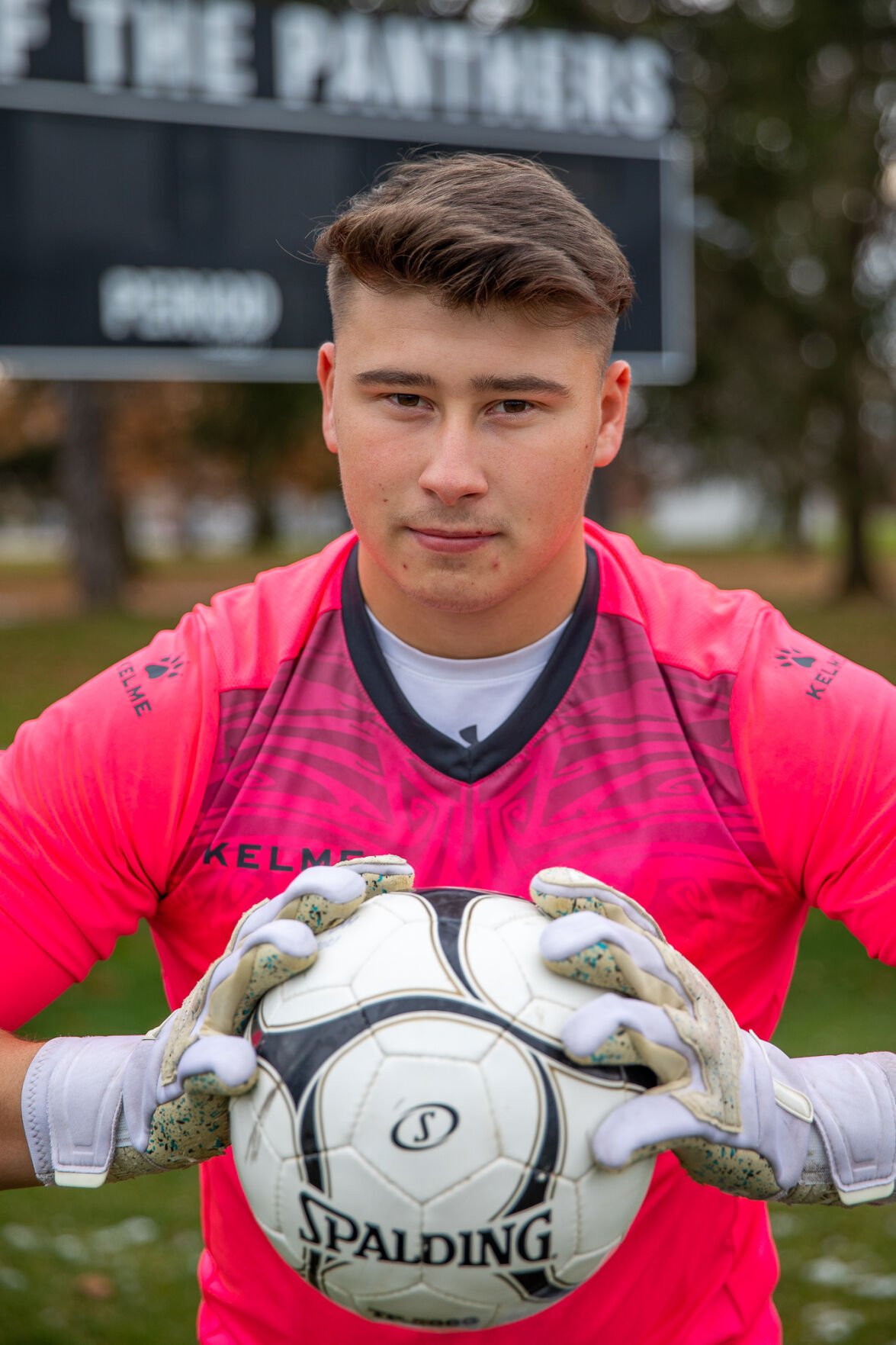 BELLEVILLE — During most of the season, a cornfield stands adjacent to Belleville Henderson’s soccer fields.

The members of the Panthers’ boys soccer team took it upon themselves to recreate their own version of Field of Dreams as prior to a home game, the team emerged from the corn stalks, hoping to bond even further.

One of those seniors participating was goalkeeper Jeremy McGrath, who helped guide Belleville Henderson to what no soccer team at the school has achieved before — a Section 3 championship.

“We were a couple games in and it was good,” McGrath said. “It was a great photo that they took and we have a great team. It was a great idea, because this is corn country, man, this is where we’re from. Just a great area.”

McGrath, one of the top goalies in the section, has been selected as the Times All-North MVP from the Frontier League.

“It was amazing, the best experience I could ask for as a senior,” McGrath said. “It was like the perfect way to go out as sectional champions, we’ve been working for that, and first time in school history. It just feels amazing to finally bring that home for the school and the community, actually.”

One of 10 seniors on the Panthers’ team this autumn, McGrath has played on the varsity team as a goalie ever since his eighth grade season.

“I could see the talent when I first saw him play in modified, that’s where it all began,” Belleville Henderson boys soccer coach Shawn Maloney said. “You can tell if an athlete has the skill set to overcome and rise up to the challenge and Jeremy was one of those guys.”

McGrath and his fellow seniors vowed before the season began that their ultimate goal was to win a sectional title, something that had eluded the program.

“We wanted to win the league, but we’ve always had that one thing that was always out of our grasp and that’s a sectional title,” McGrath said. “And to finally get it, it’s just the best thing that could ever happen for this community and us. This whole community is just a family and it really showed like when they would travel three hours just to watch us play.”

Both in McGrath’s freshman and sophomore years, the Panthers reached sectionals, only to be turned away, including in 2019, when they faced Lyme in the quarterfinals, and their rival advanced to the semifinals on penalty kicks.

After a shortened spring season in which Belleville Henderson went 1-1, it finished undefeated in the league at 13-0 to claim it’s third “D” Division crown over the course of the past three league seasons.

The Panthers then won two playoff games to reach the first sectional final in program history, where they defeated top-seeded Cincinnatus, 4-3, on Nov. 2 at Vernon-Verona-Sherrill High School.

Belleville Henderson allowed the first goal and trailed 2-1 at halftime before rallying for the win.

“That game, I’m not going to lie, I was a little worried for a little bit there,” McGrath said. “But we did it before, we came back in the semifinal game against (Manlius-Pebble Hill) and we also came back in a lot of our games this season. So I knew our team was a second-half team, I knew we would battle back and I knew we would fight hard against them, no team scares us.”

McGrath made 14 saves to secure the win, with senior forward Kyle Moyer scoring three goals, including the deciding goal on a header in the 66th minute.

“Very intense, very tough game, nerves are a big factor,” McGrath said. “But I energized those nerves into positive thoughts, so it was a very good experience, too, to have just to play in a sectional championship against that caliber of a team, too.”

Those goals allowed were just three of 11 yielded by McGrath all season. In all, he recorded 10 shutouts and finished with a .907 save percentage, as he totaled 107 saves on the campaign.

“Those numbers are just phenomenal,” Maloney said. “I would also say his defense really backed him up on that a lot, but I’m not taking anything away from Jeremy. He did his job as he planned to.”

“It’s really fun, I mean diving is fun,” McGrath said. “It is, but it hurts, it does hurt after a while. But it’s a fun position, you get to see the whole field, it’s basically like watching a game and being spectator. But you’re talking to your teammates, it’s a good experience. But to make those saves and then hear the crowd, it something special.”

Moyer was also instrumental in the Panthers’ success this season as he scored a league-leading 28 goals and also recorded a league-best 65 points.

“Kyle, he’s one of the best guys in our division the whole Frontier League at scoring,” McGrath said. “He can pull goals out of nowhere, you think he has no chance and it goes in, and it’s like ‘wow.’”

The Panthers’ season came to an end in 1-0 loss to Section 4 champion South Kortright on Nov. 6 in Oneonta on a goal scored in the first half in the program’s first ever state playoff game.

It marked the only loss of the season for Belleville Henderson which finished at 17-1.

“It was a rough way to go out,” McGrath said. “In my head, I did not think that was going to be the last goal to win the game in my opinion. But it happens, I slipped and couldn’t get over in time and it just went in the side netting. But the team fought hard until the end.”

McGrath is grateful to Maloney for his influence on the goalkeeper over the years.

“Coach Maloney, he pushed me and he used to play goalie,” McGrath said. “He used to be one of the best and I love to have him teach me because he knows the game and he knows about being a keeper and knows everything. He’s my motivation to be a better player and a better person.”

“He is second to none in his work ethic and he strives to be the best in what he does,” Maloney said about McGrath. “His senior season was phenomenal.”

“Ten seniors, it’s an older team, and I’m just glad that us seniors could bring home title for this school,” McGrath said. “And hopefully teach the younger guys coming up how to play the game right and just give it your all.”