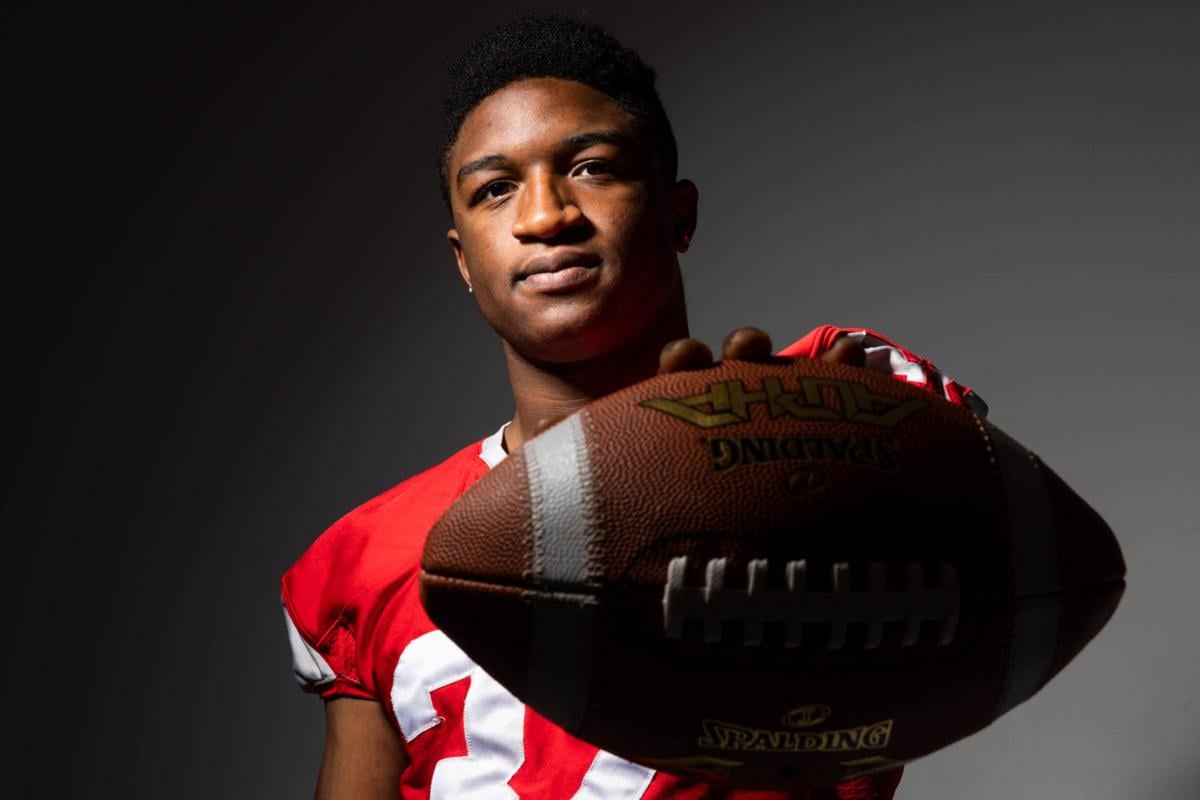 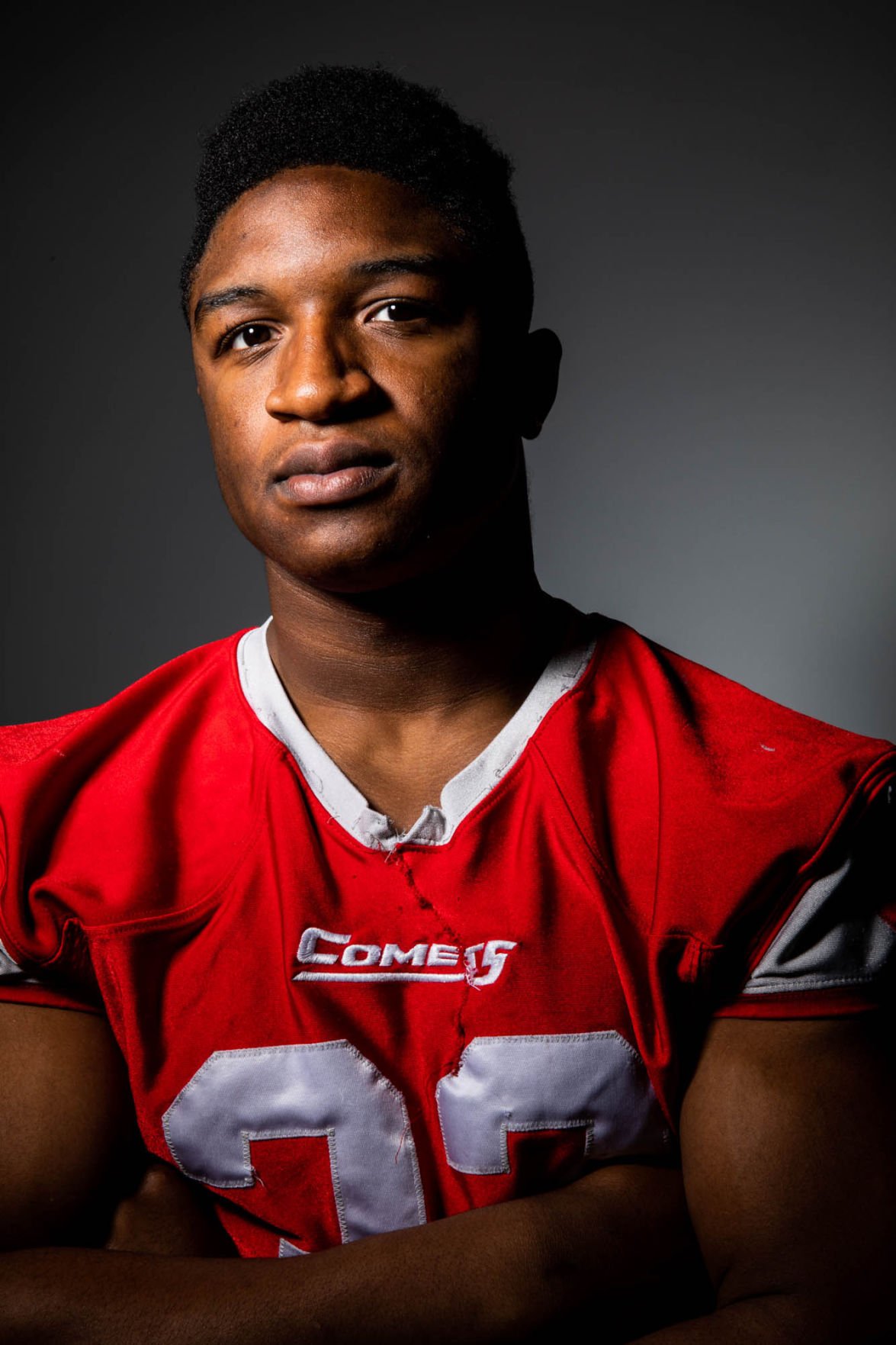 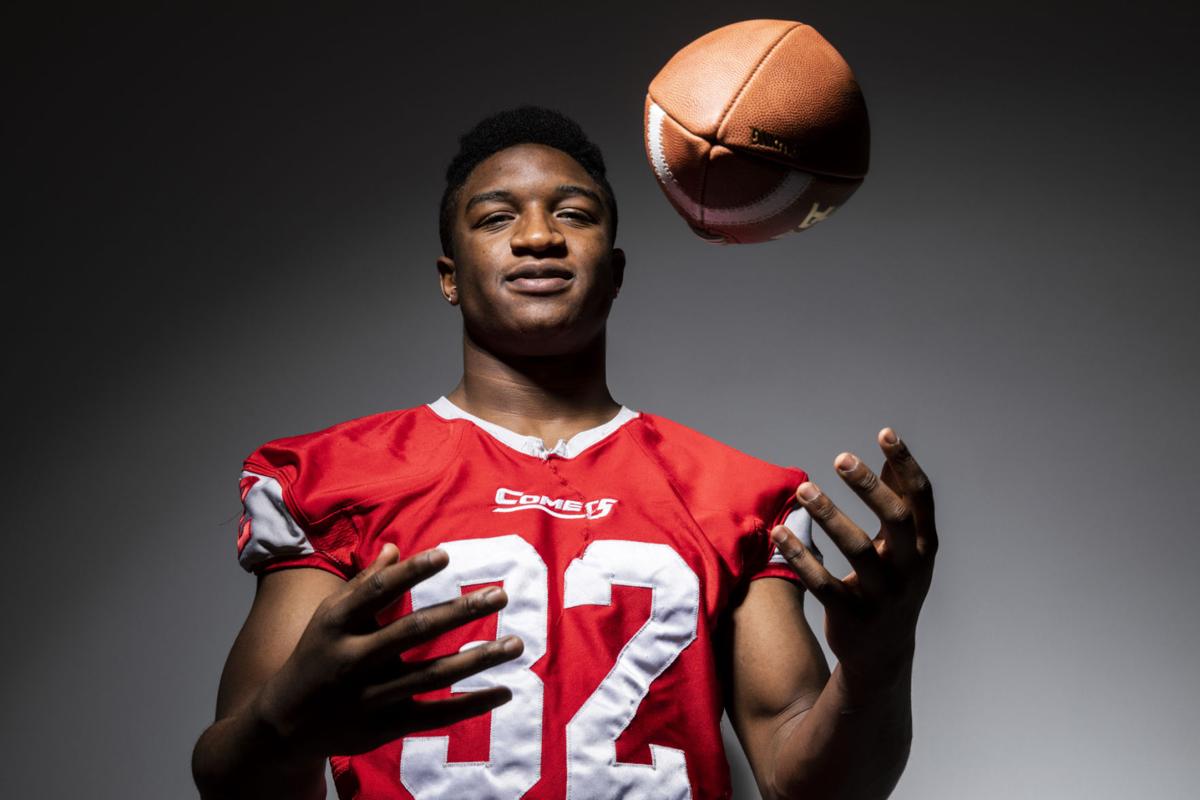 CARTHAGE — For as long as people remember the 2019 Carthage Comets, they’ll remember Fombo Azah: the senior running back with a chantable first name who started the season with a six-touchdown performance in the Carrier Dome against Maine-Endwell and ended it with 2,552 rushing yards, 36 rushing touchdowns and as Times All North Frontier League Co-MVP.

It qualifies as a breakout season for Azah even though he’s been around the varsity squad for awhile now.

When he came up as a sophomore he was viewed more as a defensive player. His offensive production came as the secondary ball carrier behind Jake Demko.

But week by week in 2019, Azah proved how valuable he was to the Comets’ success as the RB1. Carthage coach Jason Coffman knew the role Azah would play if the Comets were to make a playoff run.

“We talked about it with him constantly: ‘You have to push it more than anybody else because when the chips are down, you’re going to be the one getting the ball for us,’” Coffman said. “‘You have to make sure you’re in great shape and ready to go.’ And he took that to heart and he got stronger and did every sprint hard. He did everything we asked him to do and prepared himself for it.”

Spending two varsity seasons, watching and learning in a smaller role, Azah came into his senior year prepared for the challenges it was bound to bring.

“I felt so ready, I felt like I was ready last year,” Azah said. “This year I felt super confident along with all the other guys who had been on varsity for a while, I was ready.”

He’s been asked the same question every soon-to-be-graduate dreads, “what’s next?” One of those questions came following the Comets’ loss to Cornwall in the state championship at the Carrier Dome. He was honest.

Azah’s had his priorities straight for a while, playing college football would be great — he would like to continue his playing career — but getting a good education and pursuing a career in criminal justice is the top priority.

This isn’t to say he hasn’t loved playing football.

“I don’t need football of course, but it’s done a lot for me,” Azah said. “I’ve used it to build character, same with all my other sports. But as for in my future, to be realistic, I’m not going to use it to make a life out of anything or be able to sustain myself and stuff like that.”

Even if Azah doesn’t find himself getting a college offer, he hasn’t ruled out the possibility of walking on to a team.

“I can do that, I was thinking about that first because there’s a chance I’m not going to get an offer and there’s also a chance that I might want to play football, too,” Azah said. “If I don’t get a scholarship, I was just thinking about not playing football and just focusing on academics. But, a part of me might miss football, so I don’t know. As of right now, the college I go to has to have criminal justice.”

Coming from a military family, criminal justice has been a passion of Azah’s for a while. Even before he started playing football he wanted to be a police officer.

“Whatever I can do in law enforcement,” Azah said. “I try to be a morally straight guy, so I just want to do my part in the world and help other people.”

It’s been well-documented how well this Carthage team clicked throughout the season. Jason Coffman has said that connection and fondness for one another played a major role in the team’s success.

Azah was a big part of that.

One day Azah may be officer Azah, agent Azah or something similar, but in Carthage, he’ll always be Fombo, chanted proudly.