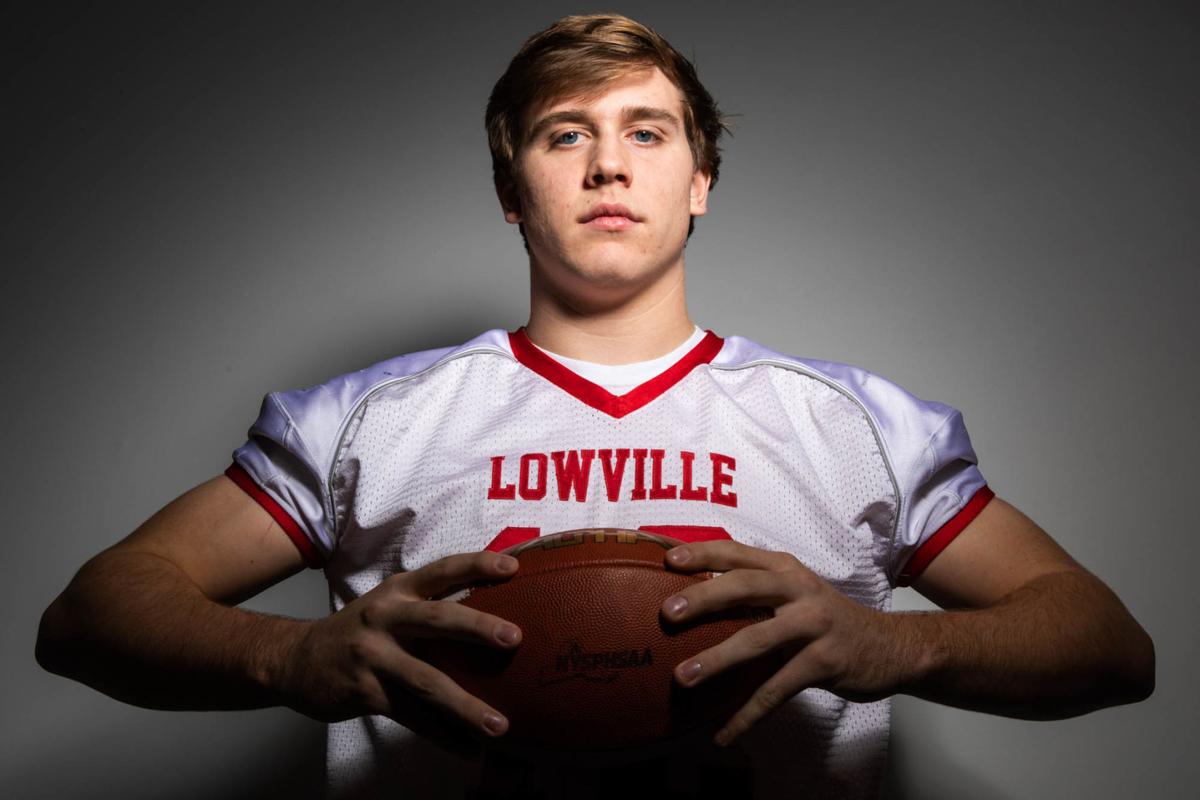 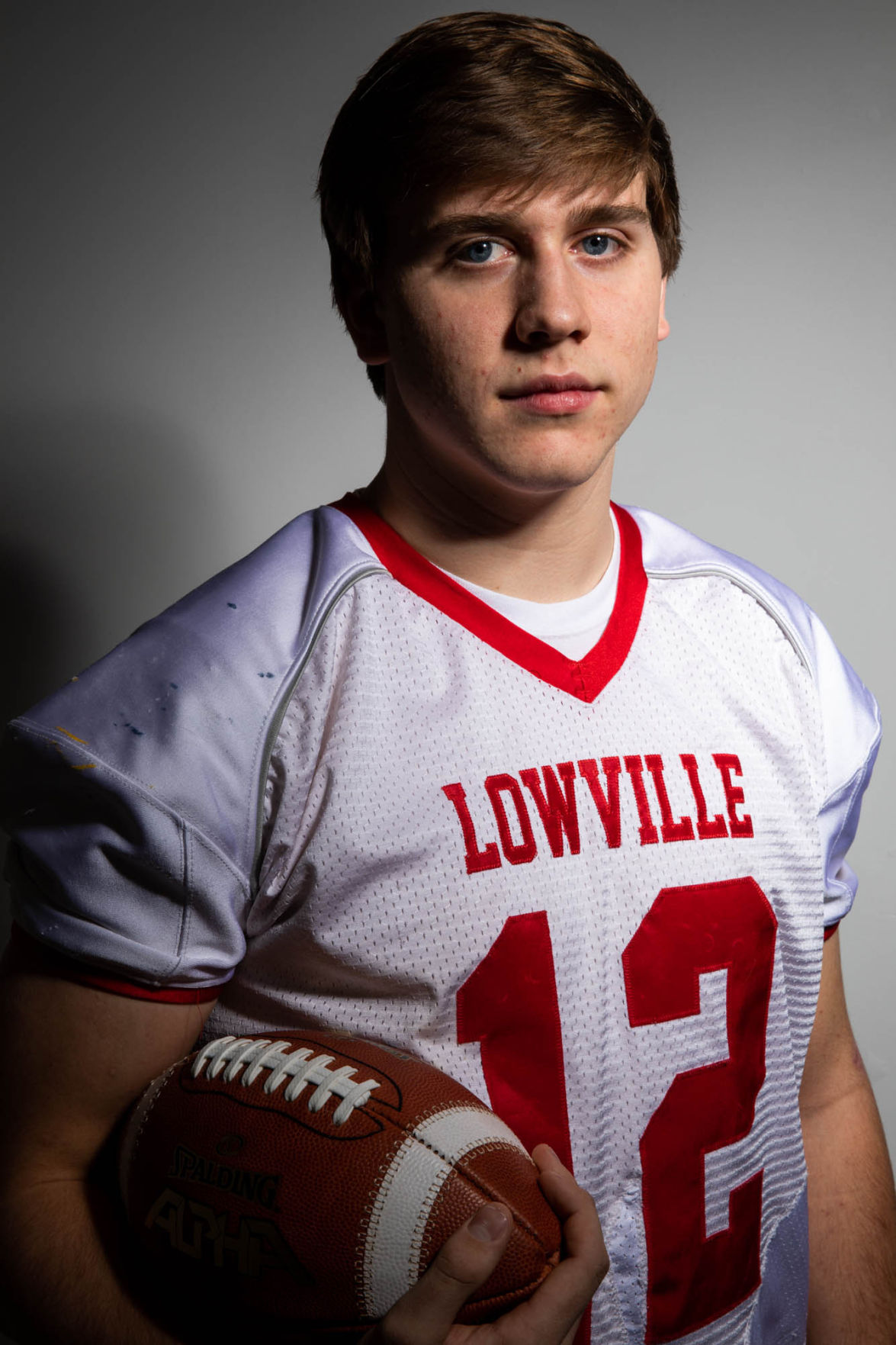 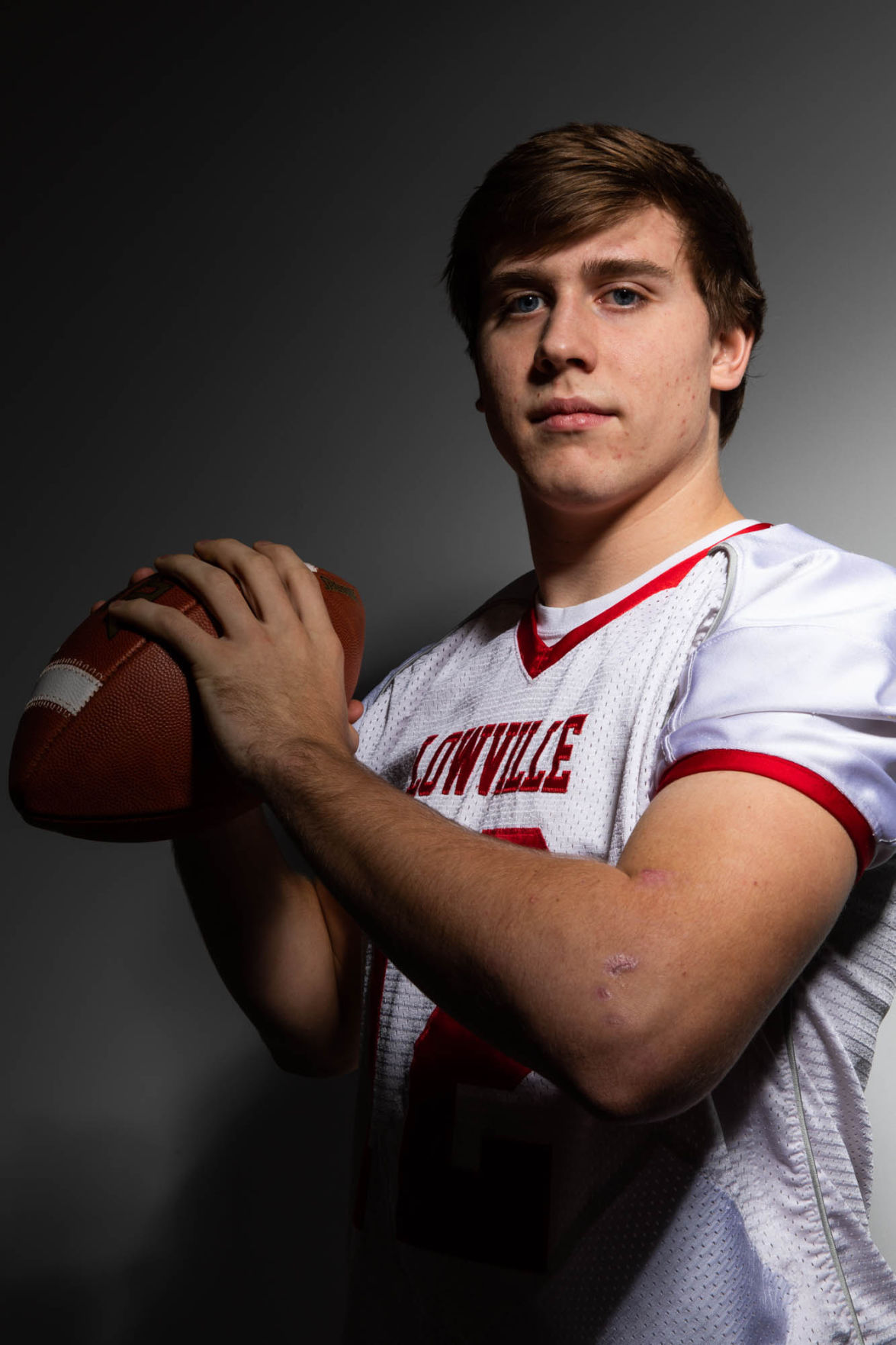 LOWVILLE — The day after Susquehanna Valley eliminated Lowville from the state tournament, Chad Bach sat in his house and looked up digitalgameday.com.

Sore and bruised, the senior quarterback of the Red Raiders, and the 2019 Times All North Co-MVP, still wanted to watch film even though he knew that Saturday’s game was the last time he’d ever strap on football pads or slide a helmet over his blonde hair.

He watched on his own, no teammates, no coaches, just Bach taking in a third-person view of his own performance.

He wasn’t caught off-guard by anything that he saw. The game played out on his screen pretty much how he remembered it: a battle of two heavyweights who traded devastating blows through the very end.

Considering the stakes and opposition, it was one of Bach’s best performances of the season. He threw for 333 yards and five touchdowns and ran for 127 yards on 23 carries.

Only one moment forced Bach to roll his eyes as he watched the game on his computer screen. At the start of the fourth quarter, with the ball backed up inside the Lowville 20, Bach looked right to pass for a quick 10-yard gain, but Susquehanna Valley’s James Cortese read the route perfectly and jumped in to make the interception.

“That one kind of stung a little bit,” Bach said. “I don’t know, there’s nothing I can do now about it.”

Bach knew he didn’t have to watch film. There would be no football practice on Tuesday or ever again.

“For me watching film, it just brings back everything that I had forgotten about,” Bach said. “I enjoy watching football, it doesn’t matter what game it is, I love to watch it.”

Most people familiar with north country sports are familiar with Chad Bach. Not only is he the quarterback, he’s a starting basketball forward and lacrosse midfielder. Come September, he will attend Hobart and play Division I men’s lacrosse there.

The name “Bach” has been written and spoken over and over again through the course of multiple different sports seasons, but even he will tell you that there is something different about football.

“It’s just the Friday night lights, there’s just something about it that’s really special, to be out there every Friday,” Bach said. “Obviously our community supports us in everything we do, but football, it’s an old-time sport. People love to watch it, people love to play it, it’s different.”

Bach has known for a while that this would be his final season playing football. In the summer before his junior year he decided that college lacrosse would be the best route for him. But he didn’t approach the school year any differently, his objective was to simply give as much as he could to a program and school that’s been a part of him for most of his life.

The results suggest he did. This past football season Bach put together awe-inspiring performances week in and week out that left opposing coaches without a solution to stop him.

“It is almost across the board, every coach would say something to the effect of ‘he’s a beast,’” Lowville coach Josh Coffman said. “That was literally almost to the word of how they would describe him.”

He was also a force on defense, finishing with 68 total tackles and three interceptions. In order to keep his quarterback healthy, Coffman played Bach sparingly when the offense wasn’t on the field. By the time most second halves began, Bach had been given defensive series off.

Still, it is a defensive play that sticks out most to Coffman when he thinks of Bach’s elite senior year.

“In the Skaneateles game, we had the pick-six, Colton (Friedersdorf) returned it, and then Andrew Beyer had a great hit on the kickoff return. Then on second down, Chad had an unbelievable diving play where he almost picked it,” Coffman said. “And I just remember the video footage, we had showed (Skaneateles’) sideline and it was almost like complete defeat, like ‘what are we going to do right now?’”

Bach is still a few months and a couple of sports seasons away from calling his Lowville career a wrap. While he’s excited to move on to Hobart and to Division I lacrosse, he’s not going to rush out of high school.

“What I’ve always taken to heart is making sure you don’t have any regrets when you leave,” Bach said. “Because when it’s done, it’s done and you can never go back.”

While watching film of his final football game, Bach, still disappointed, realized how well of a game Lowville played. It was an honorable end to an unforgettable season that featured a section title, an MVP award, and no regrets.