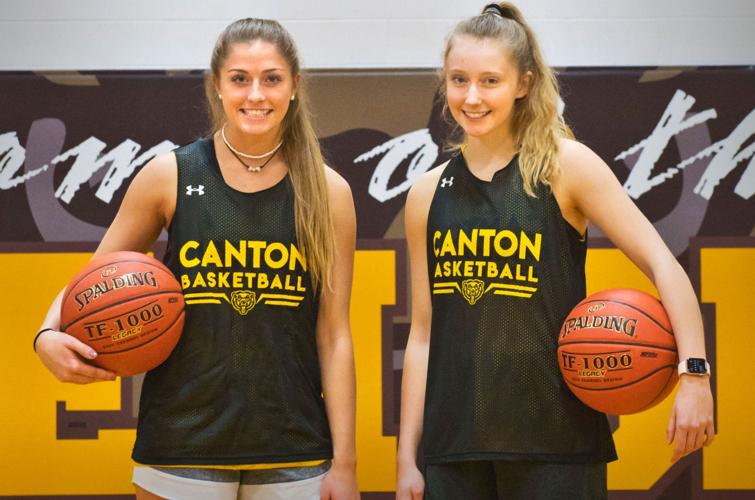 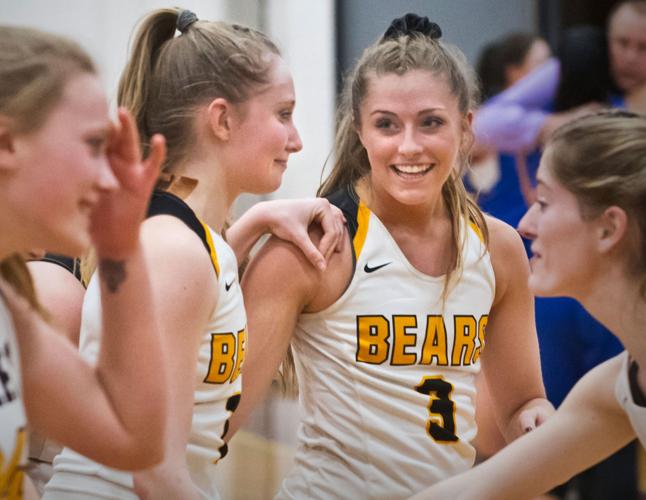 CANTON — Canton seniors Sarah Sieminski and Katie Chisholm have played basketball together since they were in elementary school and often have the same outlook.

Their similar approach was evident in their reaction to how the Golden Bears’ season ended this year, with a 58-43 loss to Section 2’s Mechanicville in an opening-round game of the state Class B playoffs. Canton, which finished with a 21-4 record, was hoping to make a return trip to the state final four.

The cancellation put things in perspective for Canton’s duo, who are the co-Most Valuable Players for Section 10 in the Times All-North girls basketball team.

“Obviously I didn’t want to lose,” Sieminski said. “But I would have been so crushed knowing we could have gone back to where we were last year. To be robbed of that chance would have been heartbreaking. I also was close to 1,000 points (30 away). If I couldn’t get that because of the pandemic, I’d be crushed.”

Said Chisholm, “It would have been awesome to win (against Mechanicville), but knowing everything got canceled, if we were to lose a year in the state (tournament), this would be the year to lose.”

Canton went 14-0 in the Northern Athletic Conference Central Division this year and won a Section 10 championship for the eighth straight season. Canton has won seven straight Class B titles and won a Class C title to start the run.

“Their leadership is identical,” Canton coach Jim DiSalvo said. “The team respects them both the same way. They are great leaders on the floor. The younger players look up to them. Their skills as guards, and on defense, are similar. I coach one probably the same way as the other.”

Sieminski’s mother, Mary Beth (Carvel), is a former Canton standout and a member of the school’s Athletic Hall of Fame.

“The program is so strong,” Sieminski said. “Eight (championships) in a row is incredible. To wear the jersey is amazing, it’s such a good program. It meant a lot to wear that jersey and play for my hometown and this basketball team that was so good this past year.”

Said Sieminski of Canton, “It’s very nice how everyone knows each other. It’s also a very safe community. I almost never feel like I’m in danger, knowing everyone is so nice. Whenever I go out, I always see someone I know.”

“It’s honestly been so amazing,” Chisholm said of her career. “We all get along so well and our coaches have been our coaches forever. We’ve made so many memories and I’m definitely going to miss it. I know (SLU) will be a much faster pace. I have to get used to that and work on everything a bit more. I’m excited for something new.”

Giving up competitive basketball was tough for Sieminski, who said she may try to start a club team at Bucknell if none exists.

“I love the sport so much and it’s brought me so much happiness in my life,” Sieminski said. “I think at some point it hit me that playing basketball wouldn’t be the same without all the girls I grew up playing with since I was in the fourth grade. I felt like I should leave my basketball years in high school.”

As for Chisholm, next year she’ll see new faces feeding her passes for layups.

“It will be weird,” Chisholm said. “I’ll get used to it eventually. (Sieminski) always just finds me and I finish a layup. We’ve always worked together, being friends off the court certainly helps. I always knew where she’d be or what she was doing, even if I couldn’t see her.”