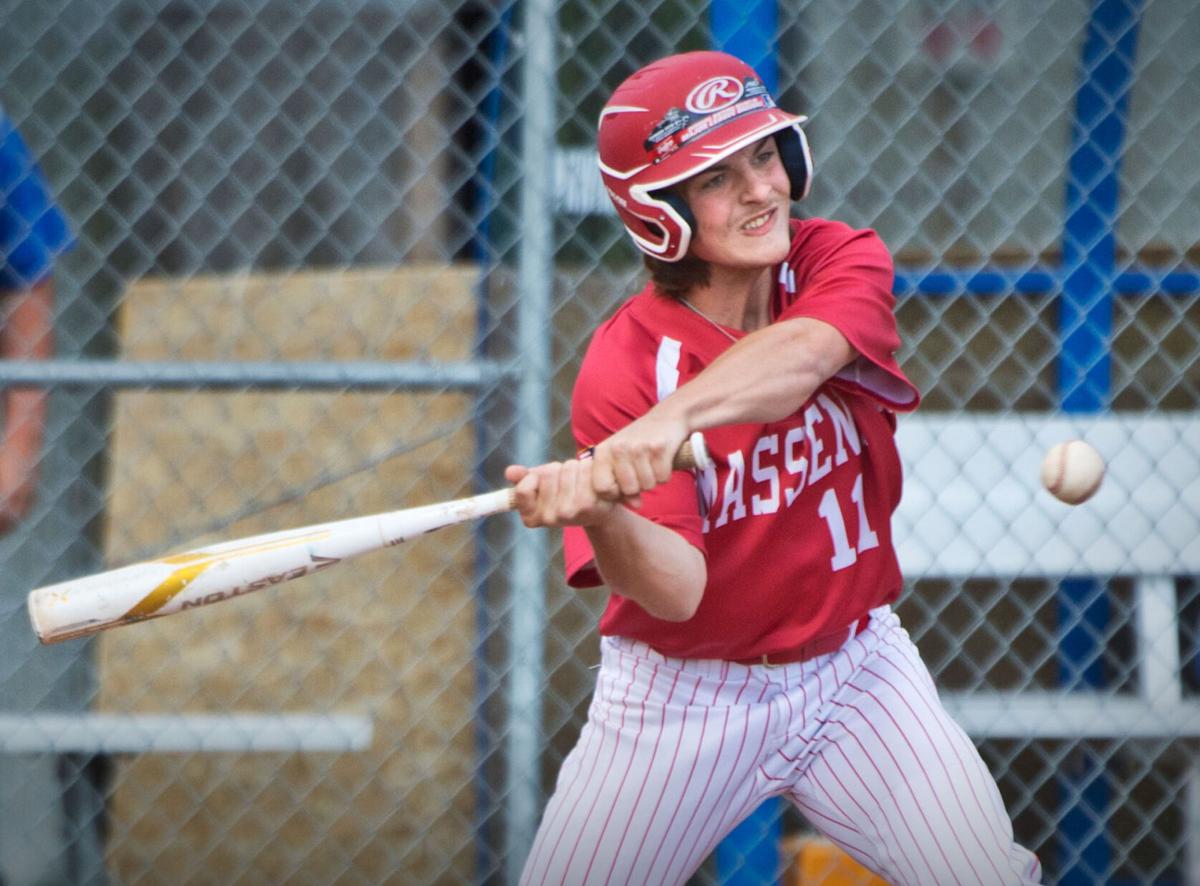 Massena’s David Dubray swings at a pitch this season. Dubray is the NAC Times All-North MVP and will continue his career at Jefferson CC. Christopher Lenney/Watertown Daily Times 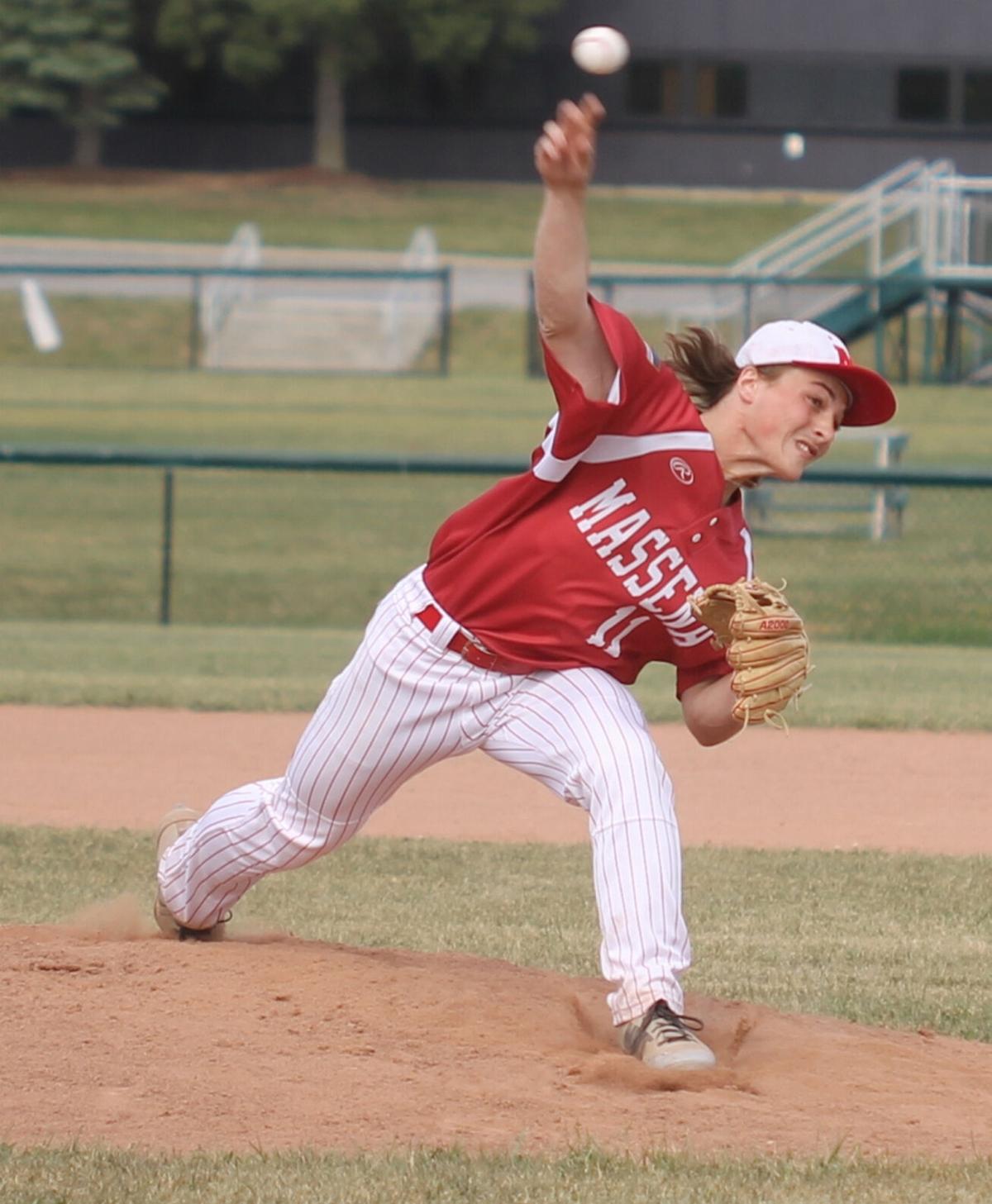 Massena’s David Dubray delivers a pitch during the season. He posted a 0.29 earned-run average this year. Alain St. Pierre/Courier Observer

Massena’s David Dubray swings at a pitch this season. Dubray is the NAC Times All-North MVP and will continue his career at Jefferson CC. Christopher Lenney/Watertown Daily Times

Massena’s David Dubray delivers a pitch during the season. He posted a 0.29 earned-run average this year. Alain St. Pierre/Courier Observer

So on May 7 he drove to a game against Ogdensburg Free Academy and Dubray threw a one-hitter, striking out 19 of 21 batters, losing a possible no-hitter in the seventh inning.

“That was an added plus, to come watch it,” said Noble, a former Potsdam High School player. “One thing that kind of sticks out is (Dubray’s) lower-half strength. Being a little on the shorter end, he makes up for that with his lower-half strength. That plays into his fastball.”

Dubray led Massena to the Section 10 overall and Class A championships in his senior year, finishing with a 10-0 record. He threw two no-hitters, finished with a 0.29 earned-run average and struck out 112 in 59 innings. When he didn’t pitch, he was an outfielder for Massena and batted .340.

Before the season ended, Dubray signed to play for Noble at JCC next season and he is the Northern Athletic Conference Most Valuable Player on the Times All-North team.

Dubray said what he liked about JCC is that the school has pitching coaches, players are able to access the facilities during the winter and the program has strict throwing programs and records athletes pitching to study their releases.

“(Noble) reached out to me and he was very friendly and gave me the rundown of recruiting and everything,” Dubray said. “He talked to me about how much he liked me and thought I could develop as a player.”

Dubray is the first of what Noble, a former JCC player himself, hopes will be many Section 10 standouts who choose JCC in the coming years.

“It’s a goal of mine to highlight those top Section 10 players,” Noble said. “I never really thought of JCC as an option (when he played at Potsdam). The more I learned about it, I had this option to go compete right away and play right away and save money and get away from home a little bit, but still be close enough. There’s a good opportunity a lot of Section 10 players don’t know about yet. If Dave does well, he will be able to show those players behind him that type of route.”

Dubray is a smart pitcher who doesn’t rely on overpowering hitters to achieve success. He’s able to consistently pitch to the corners of the plate and does not offer a batter much to hit.

“As a pitcher, throughout the year he’s grown,” said Massena coach Greg Paquin. “He’s worked on developing that curveball and slider he’s got, as well. From a leadership perspective, I was happy with his year. I like his attitude and how positive he is with the guys. He doesn’t get down on himself, he just keeps pumping away at it. He surprises people with his jump on his fastball and how well he can spot it. He uses his body so well as a pitcher, especially his lower body and his legs.”

Dubray has also shown an interest in the history of the Massena baseball program, which produced former Major League Baseball pitcher Jim Deshaies.

“It’s a really good fan-base,” Dubray said of Massena. “It’s a small town, but everybody comes to games. It’s more of a hockey and football town, but more and more people came to baseball games this year. They definitely support the school. For the next two years Watertown will become Dubray’s baseball hometown, and he has aspirations of someday making the roster of the Watertown Rapids summer league team.

“I would definitely like to,” said Dubray, when asked about being on the Rapids. “That’s a great league to be in. There are lot of kids from all college levels. It’s a great experience.”

Said Paquin, “I think (JCC) will help him continue to grow, not only as a player but as a student. He’s made great strides as a student. I think Brandon Noble will do a great job with him. I remember Brandon contacted me last year and I said, ‘This will be a kid who is perfect for you’.”