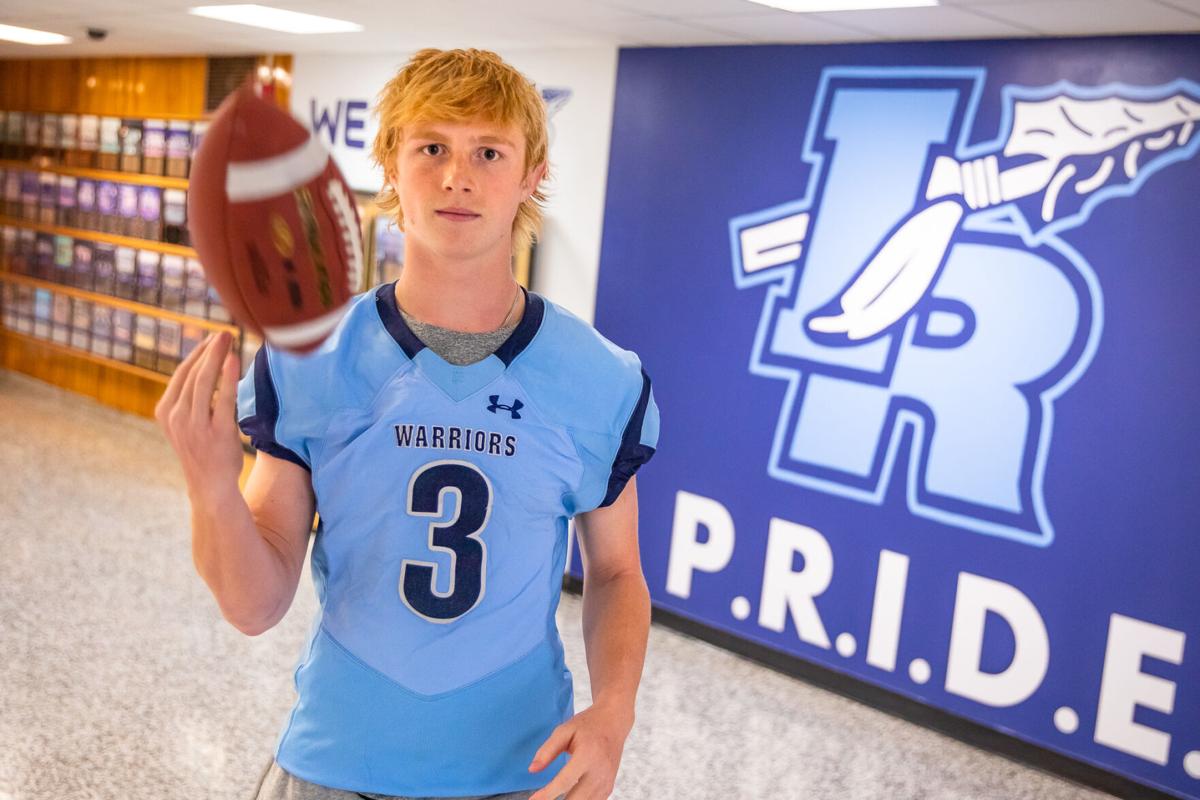 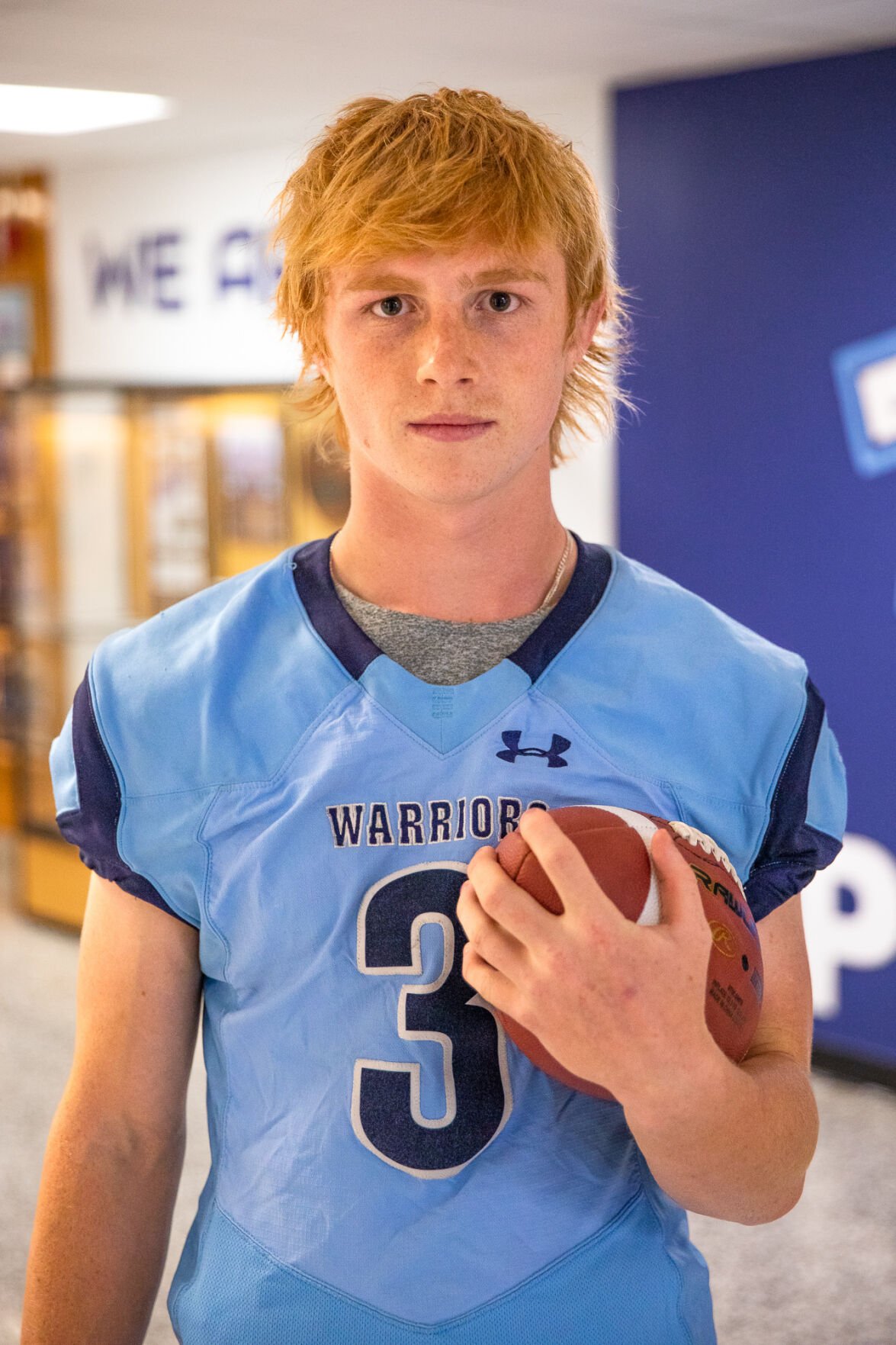 PHILADELPHIA — Even with all of his success as one of the top runners in Section 3 this season, Rowan Marsell is quick to credit his teammates, especially his offensive linemen.

“We couldn’t ask for a better line, they made my job easy,” Marsell said. “They were day-in, day-out working out, putting in work on the field and in the weight room, in the film room. And those seven guys up front, they had a chemistry that was unreal.

“They always stuck together and they were the staple to our team, they were what brought us together, definitely.”

Marsell, a relentless runner for the Warriors over his varsity career, points out that the line has opened up the path to success for both him, and fellow senior running backs Gabe Lynch and Michael Davis.

“Team-wise, they’re the best teammates you can have,” Marsell said. “They’re brothers out there and if you go out, you want to go out with them.”

Marsell, one of 19 seniors on the team, helped guide Indian River to a sectional championship game in Class A, and has been selected as the Times All-North most valuable player from Section 3.

“I remember when I was wicked little watching the kids on the football field with my dad and I just couldn’t wait until I could get out there and play,” Marsell said. “It’s a big part of our school, community, it’s football, so being able to go out there and play, it was really cool.”

In seven games this season, Marsell totaled 1,356 rushing yards on 137 carries, scoring 16 touchdowns on the ground, as well as passing for another.

“Smash-mouth football, we’ve never not done that at Indian River, so this year was just another year, but a successful one,” Marsell said.

“And it’s a good balance I think to have all three of us, that’s a tough combo to game plan for defensively,” Marsell said.

Marsell also gave this pair their due, as the Warriors stormed through much of the season by relying on its stalwart running game.

“Gabe’s pound-for-pound crazy good,” Marsell said. “He’s not huge, but he’s such a tough runner, he’s hard to bring down and it takes multiple guys to bring him down.

“And Michael’s a one cut, he’s a tough runner, he’s got really good vision, he’s got really good speed,” Marsell continued. “So when he sees a hole, he hits it hard. I’m more about speed, I’m not too hard to bring down. So I rely on making guys miss and being able to outrun them, which is different from those two.

As impressive as Marsell’s numbers were, he was more concerned about winning and guiding the Warriors back to the Carrier Dome.

“I do what I can so that as a team we can win and that’s all that matters to me is winning,” Marsell said. “And if we win, it means other guys are doing their thing, which is even better, seeing my teammates succeed.”

The Warriors navigated a challenging regular season as four games were postponed because of various reasons, mostly because of COVID, as the team’s second game was called off after close to half the team was placed in quarantine during training camp at the end of August.

“He was anxious not being able to go out and play, it was tough on him,” Marsell said of his dad and Indian River coach Cory Marsell. “I think everybody was, we were doing what we could do to get ourselves ready for a chance for us to play.”

After faring 4-0 in the regular season, Indian River then stormed into the playoffs, defeating Auburn in a home quarterfinal game.

The Warriors then rolled past West Genesee, 30-8, in a semifinal at home on Nov. 5.

But Indian River was stunned by eventual state champion Christian Brothers Academy, 61-26, the next Friday night in the Dome.

“They were a different breed in the playoffs,” Marsell said of CBA. “They clicked, they were unstoppable, there’s nothing we could have done.”

Marsell experienced a career day during an abbreviated spring season when the team went, 5-1, as he rushed for 538 yards and nine touchdowns in a 86-48 win over East Syracuse-Minoa on April 28.

“That was special, it was a once in a lifetime thing,” Marsell said. “Just the way it all played out, we had one play they couldn’t stop and we kept going at it. Our linemen did their thing and it just happened.”

In those six games in the spring, Marsell rushed for 1,102 yards and 15 touchdowns on 78 carries.

Overall in 22 games as a varsity starter, with the Warriors winning 18 of those games, Marsell totaled 2,458 yards on the ground on 213 carries and 31 touchdowns.

On defense, Marsell played linebacker the past two seasons, totaling 33 tackles and one interception in his latest campaign.

Even with all his successes, football isn’t even Marsell’s main sport, as he’ll attend the University of Delaware to play Division I lacrosse.

“The pace of the game, the intense practices and the competing, it’s you and your team against another team and you’re going out there and battling for the whole game,” Marsell said of lacrosse.

Cory Marsell has coached Indian River varsity team as a head coach since 2006, guiding the 2014 team to a state championship.

“The family chemistry that we had and being able to play for my dad was something that not a lot of kids get to experience,” Rowan Marsell said. “So it was definitely awesome.”

Rowan Marsell may have been held to a higher standard on the gridiron by his dad, but he used this as even further motivation.

“It’s definitely been great,” Cory Marsell said. “The thing is, there’s been ups and downs, for sure, he’ll tell you that. I’ve got on him, there’s times I’m yelling at him, and he’s like ‘dad you’re not yelling at anybody else.’ But I’m expecting him, he knows what I’m looking for, he’s been around the program long enough, so I’m expecting him to take the leadership role, and he definitely responded.

Cory Marsell added: “So it was a great experience, I definitely wouldn’t trade it for anything, for sure.”