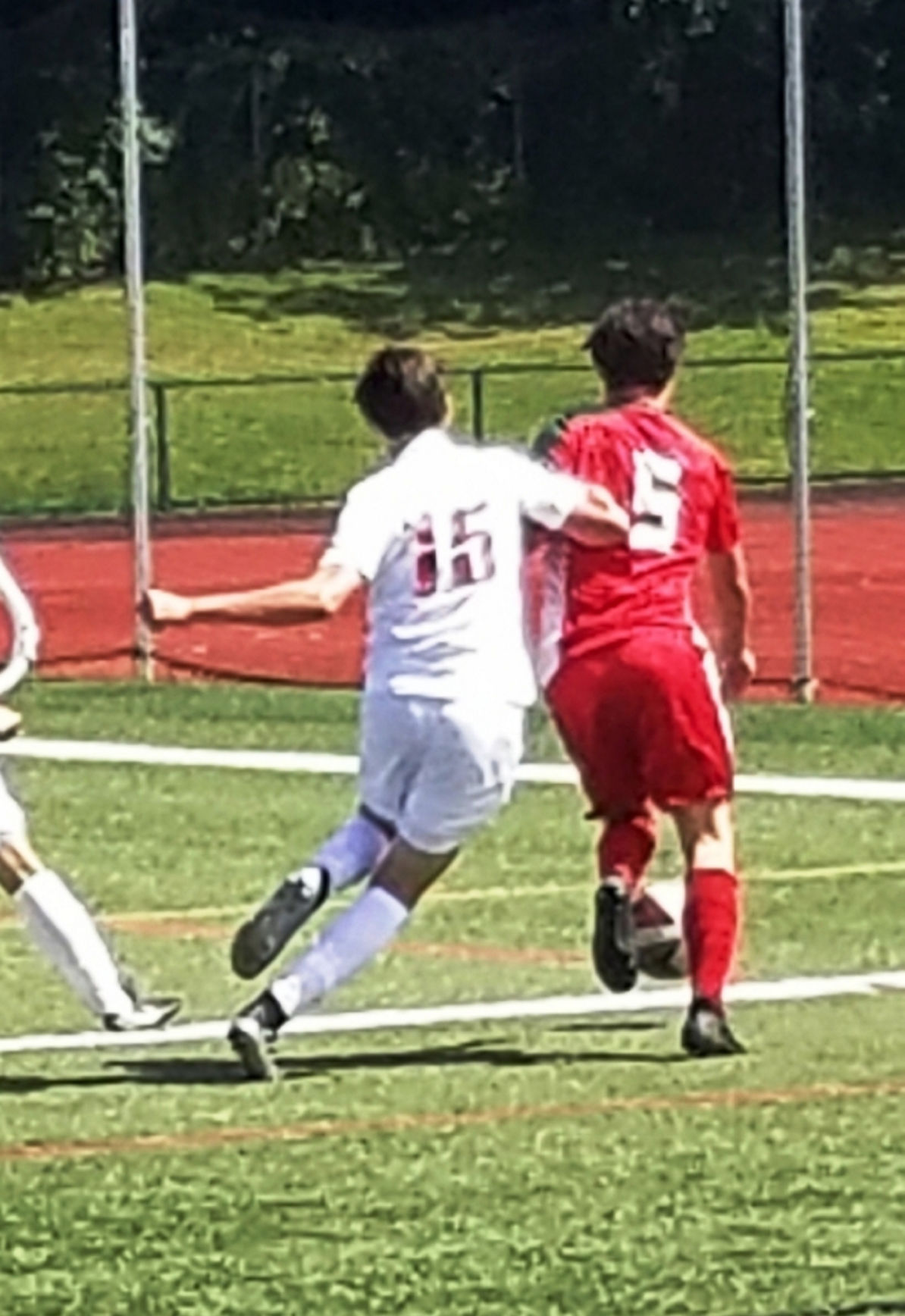 JOSH ST.CROIXA Fulton boys soccer player tries to work past a Jamesville-DeWitt defender during the Aug. 29 season opener for both teams. 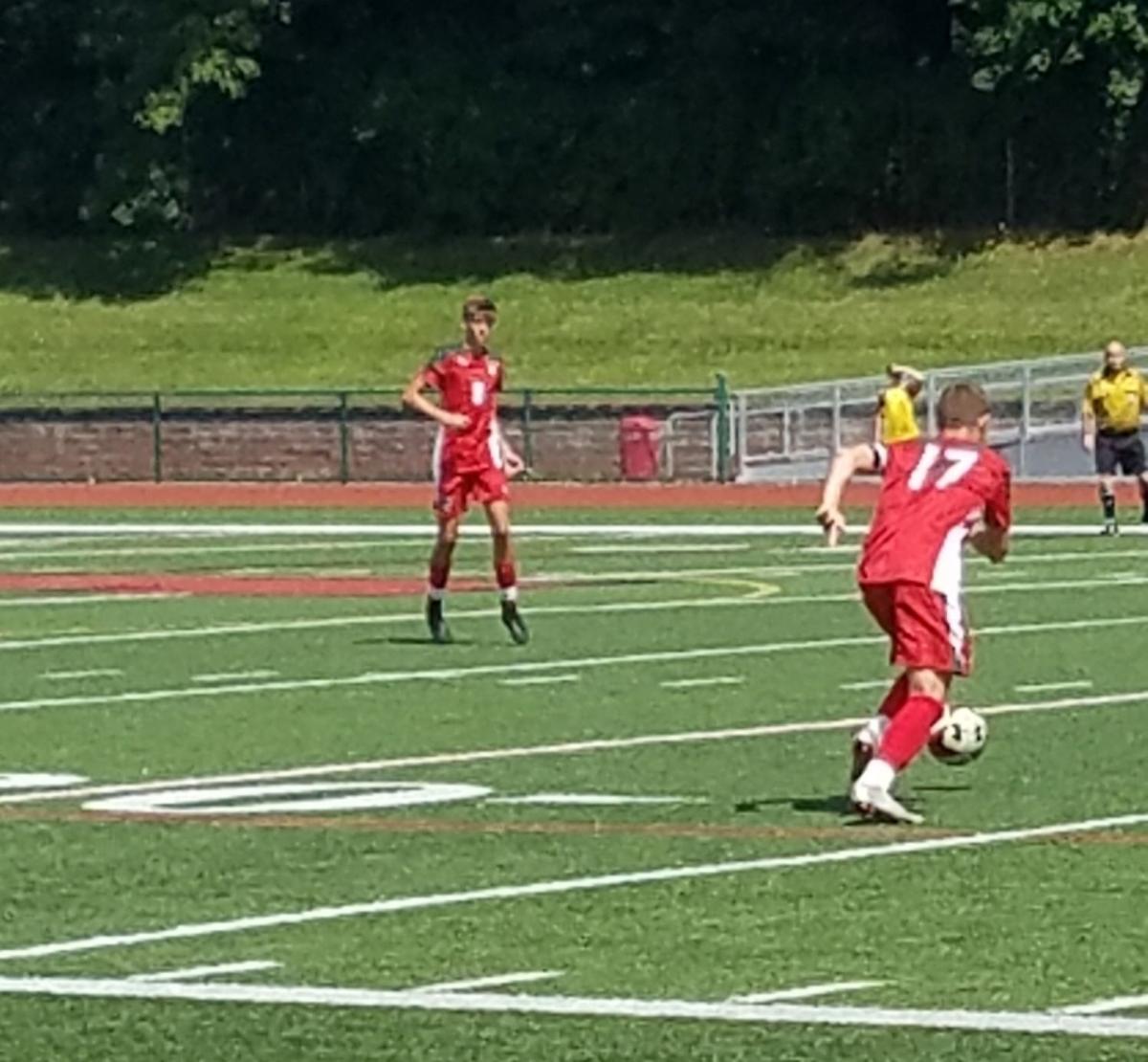 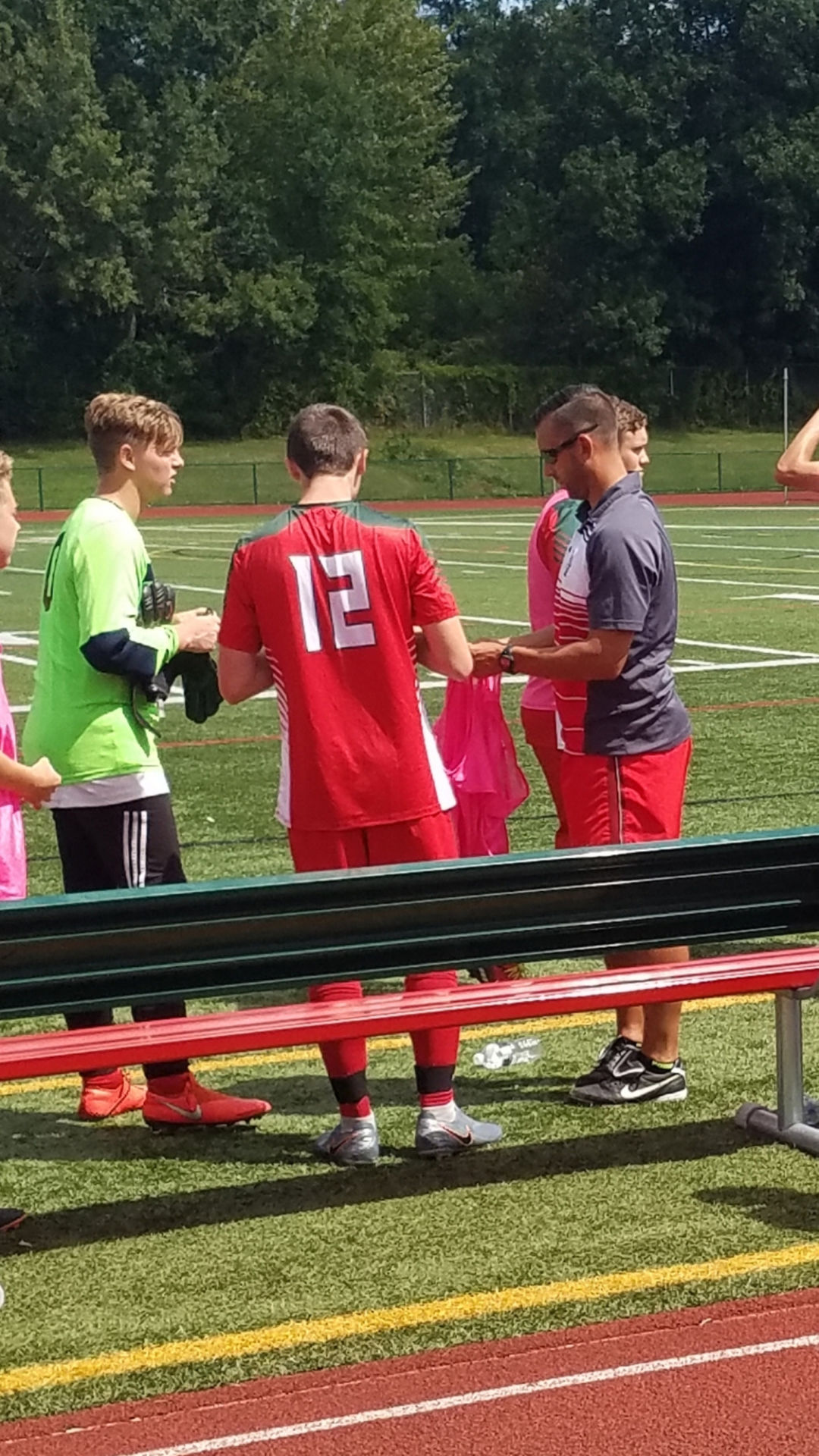 JOSH ST.CROIXA Fulton boys soccer player tries to work past a Jamesville-DeWitt defender during the Aug. 29 season opener for both teams.

FULTON — The Fulton boys soccer team walked off the field dejected following its recent season-opening loss, but coach Nathan Murray and returning captains believe that the early setback could help reset the focus and determination of a young squad eager to follow up a championship campaign.

The Red Raiders opened their Salt City Athletic Conference schedule on Aug. 29 with a 1-0 loss to Jamesville-DeWitt, surrendering the decisive goal four minutes into the second half. League play for all Oswego County boys soccer teams was scheduled to begin throughout the past week.

Fulton won the Section 3 Class A championship as the sixth seed last season to claim the program’s third sectional crown and first since 2008, and with just eight total players and half of the starting lineup back from that triumph, Murray and team veterans have worked to ensure the celebratory mindset doesn’t extend into the new season.

“One of the things that I am trying to do, and I’m not doing a very good job of it, is to stop talking about last year because it’s over and we are totally different,” said Murray following the opening match to his eighth season as head varsity coach. “Even if we lost one player from last year, our team is different, and we lost 13.”

He added: “As satisfying and gratifying as that was, I want this program to be at that level every year. We’re making strides to be there, we’re in sectional play really every year, and we’re in the semis and in the finals, and closing the deal is tough so we have to move on from that. This is a whole new set of challenges and a whole new group, and we have to rally from that and I look forward to seeing how we do that.”

Murray will look to his four captains — seniors Mark Tallents and Sam Cary along with juniors Donovan Duell and Ethan Caruana — all of whom contributed to the memorable 2018 title run that culminated with a 3-2 victory over Syracuse-Christian Brothers Academy.

Fulton finished with a 16-5 overall record to post its third season of 14 wins or more in the last four years, and went 11-3 in the SCAC Empire Division.

The Red Raiders will need to overcome the loss of its two leading scorers from last year, Cameron Stuart (11 goals-10 assists) and Connor Wilde (9-5). Wilde graduated while Stuart is playing for a soccer academy in Rochester that prohibits him from playing for the varsity team. Fulton also lost starting goalie Connor Ware to graduation.

Caruana is back to help lead the offense after scoring eight times as a sophomore last year, while classmate Duell headed home the game-winning goal with less than 10 minutes to play in the sectional final victory over Syracuse-CBA.

Carey and Tallents are other returning starters that will look to help guide a young group of newcomers looking to continue the program’s recent success.

“We’re trying not to think about that this year, we’re starting fresh because it doesn’t matter at this point, we’re coming out as a new team,” Cary said.

“We’re definitely a young and inexperienced group and we have to learn,” he added. “This (loss to J-D) was definitely a good learning point right here. We have to string some better possessions together and work a little harder at the end of the game.”

The Red Rams are expected to be among Fulton’s toughest challenges in the SCAC Empire Division throughout the season, along with returning league champion East-Syracuse Minoa.

“You learn a lot about where you’re at (after the season opener) and where you need to go,” Murray said. “The talent is there and I think within the mind, the desire to get back to where we were last year is there, we just don’t know how to put that together yet. But I’m not worried, there’s a long way to go and that will come.”