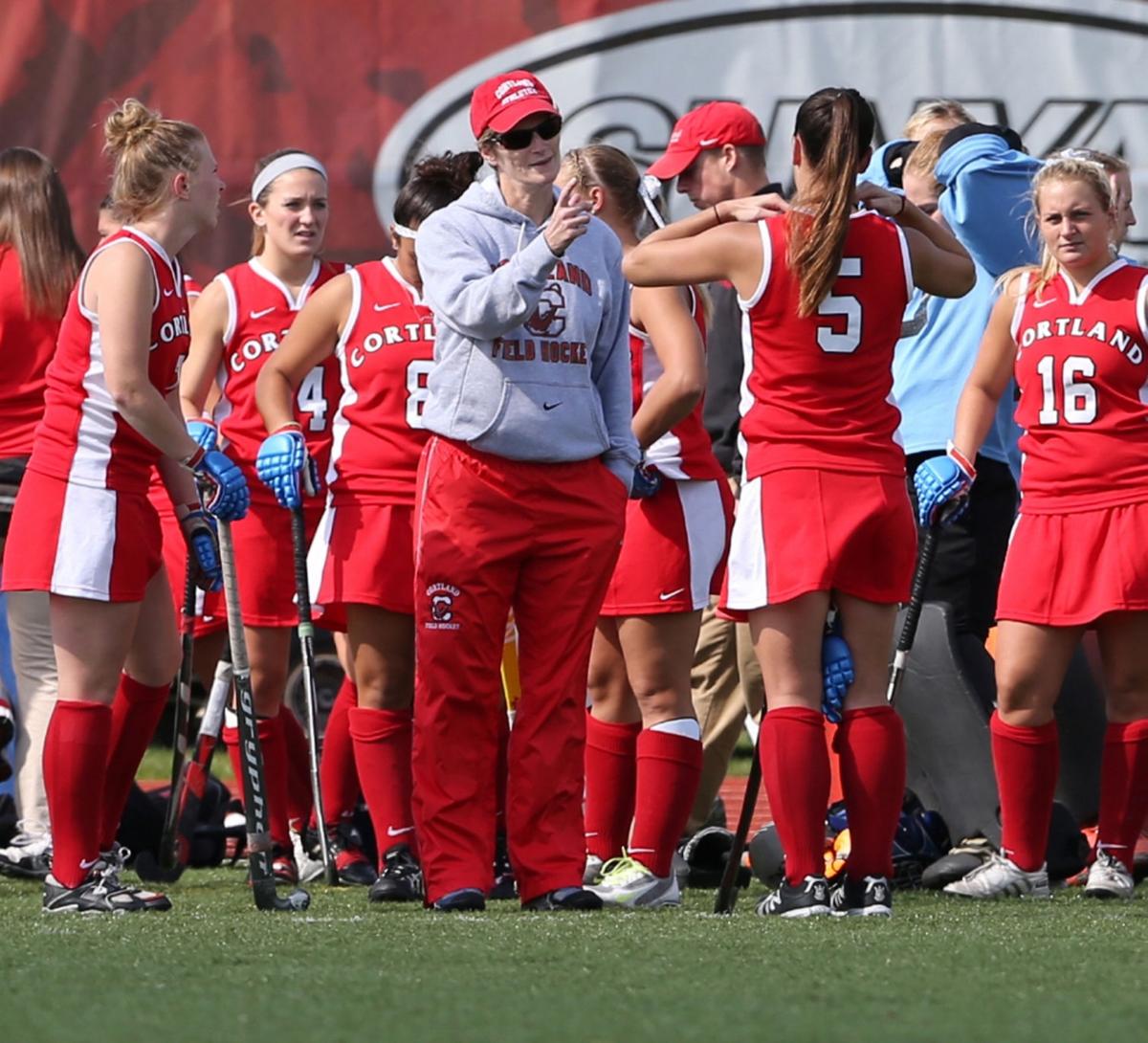 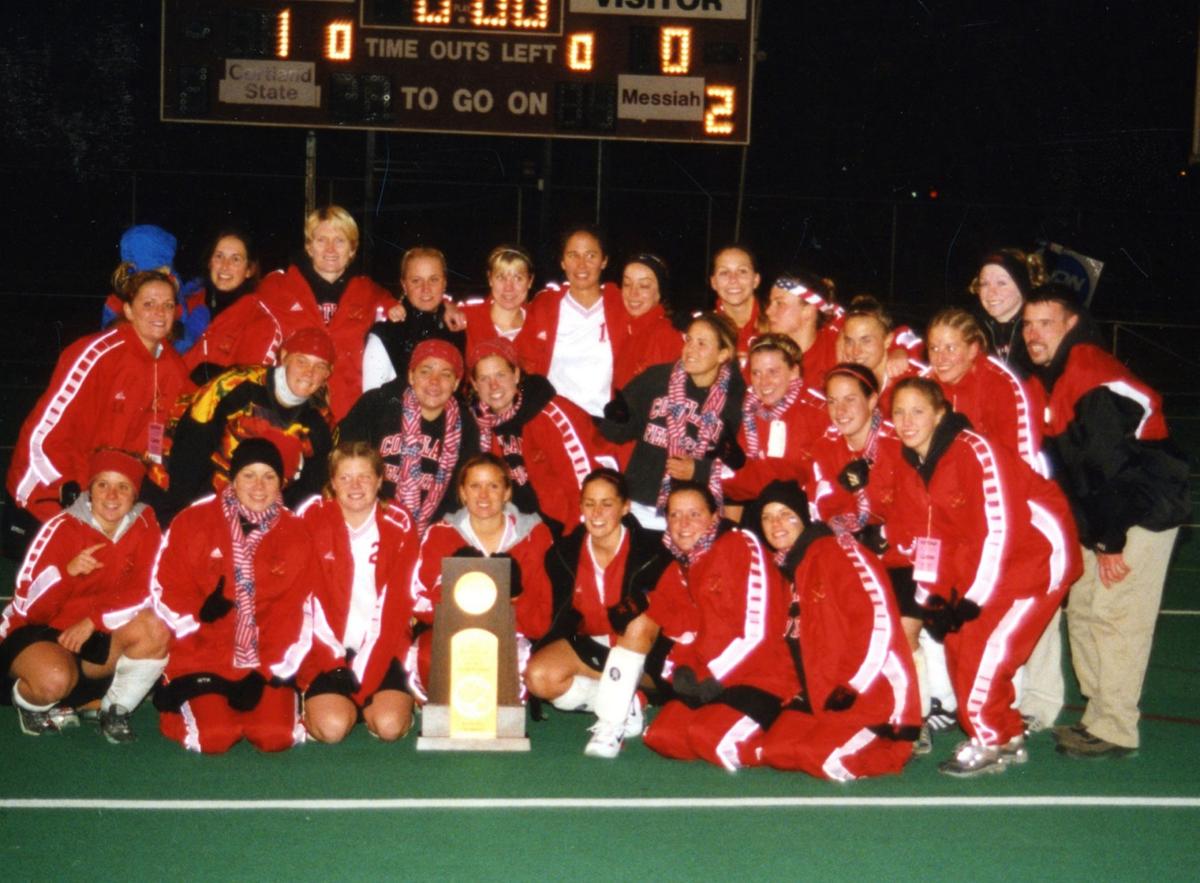 Cynthia Wetmore doesn’t need to pad her resume. She’s a national championship coach, a member of several Halls of Fame, and besides, she’s retired.

But the recent announcement that Wetmore, a graduate of Beaver River, has been selected for induction into the National Field Hockey Coaches Association Hall of Fame is a satisfying topper to a storied career.

“I’m pretty excited about this one,” said Wetmore, who retired as a longtime SUNY Cortland field hockey coach in 2016. “I have been humbled to be going into all of these Halls of Fames. The group I’m going in with is really special. But, no, this is a big one for me, this Hall of Fame.”

Wetmore, 59, will join Eileen Donahue and Enza Steele as inductees on Jan. 16, 2020, at the NFHCA Awards Dinner in Lake Mary, Fla.

Wetmore’s journey to such elite status began at Beaver River, playing for the field hockey team in the late 1970s.

“The support that a small school like Beaver River gave to the athletic community, it really was a community effort,” she said. “Everyone came out to support the teams and (sports) was the fabric of the community. It really meant a lot to me and my development.”

Wetmore moved on to Herkimer County CC after graduating from Beaver River and played three sports, setting the school record for career field hockey goals in 1980 with 46 over two years, a mark that still stands as Herkimer no longer offers the sport.

Wetmore then played field hockey and women’s lacrosse for the University of Rhode Island, graduating from there in 1982 and then obtaining her master’s degree from Southern Illinois University.

Cicero-North Syracuse, beginning the first girls lacrosse program in the Syracuse area, named Wetmore coach in 1987 and then appointed her field hockey coach the following year. Wetmore’s lacrosse teams went 152-14 and won state Class A championships in 1995 and 1996.

SUNY Cortland hired Wetmore as head women’s lacrosse coach in 1997 and then asked her to lead the field hockey team in 1998.

Wetmore coached field hockey for the Red Dragons from 1998-2016, guiding the team to 13 NCAA Division III Tournament appearances and the national title in 2001. Wetmore also won NFHCA Division III Coach of the Year honors that season.

“Her value went far beyond the wins, with her incredible impact on many coaches in her region and beyond,” said Julie Ryan, the chair of the NFHCA Awards and Hall of Fame Committee. “The committee is thrilled to be able to honor and thank Cynthia for her many contributions to our sport, but also share her amazing career.”

SUNY Cortland’s field hockey team was well-established and had won two national titles shortly before Wetmore’s arrival as coach, but the women’s lacrosse team had performed at a more modest level.

Wetmore then led the Red Dragons to nine straight NCAA women’s lacrosse tournaments — SUNY Cortland’s streak is now at 20 straight — and led them to their first NCAA semifinal appearance with a 19-1 team in 2006.

“I’m really proud of taking the women’s lacrosse team from being an average team to a team that went to the final four,” she said.

Several north country all-stars played women’s lacrosse for Wetmore at Cortland such as Gina Fazio and Erin Gallagher, who each went on to coach as well.

Wetmore didn’t coach many north country players in field hockey at SUNY Cortland as Beaver River and other north country schools dropped the sport decades ago. Watertown High, the last area school to offer field hockey, did send Katy LaDuke to star for Wetmore and Cortland in the late 1990s.

“I put my heart and soul into (field hockey),” Wetmore said. “It’s not easy to coach.”

Wetmore said youngsters often pick up field hockey much later than they do other sports.

“When kids are younger, 5, 6, 7 years old, they’re often playing other sports and don’t get going (in field hockey) until later, depending on the community where they live in,” she said. “That’s changing a little bit but by the time they’ve reached college, there is so much to learn technically and skill-wise.”

Most of that is behind Wetmore now as she has put away her clipboard and is joining her peers for induction. Donahue has coached the Watertown, Mass., high school field hockey team since 1986 and amassed more than 600 wins. Steele has been a part of the University of Lynchburg field hockey program for 41 years. Add Wetmore’s accomplishments and the class boasts plenty of evidence to support their love of coaching.

“I am absolutely enjoying my retirement,” said Wetmore, who lives in Ithaca. “(But) I miss the relationships with my players. I miss game day to tell you the truth.”