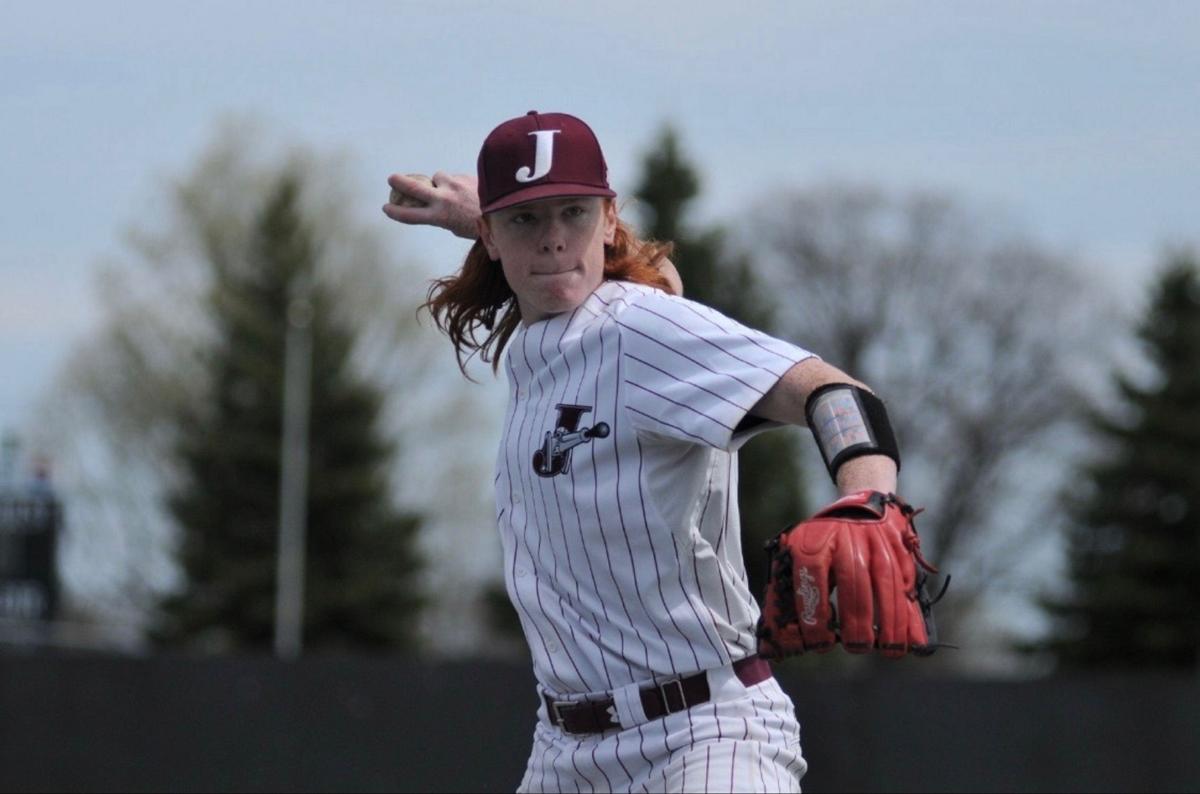 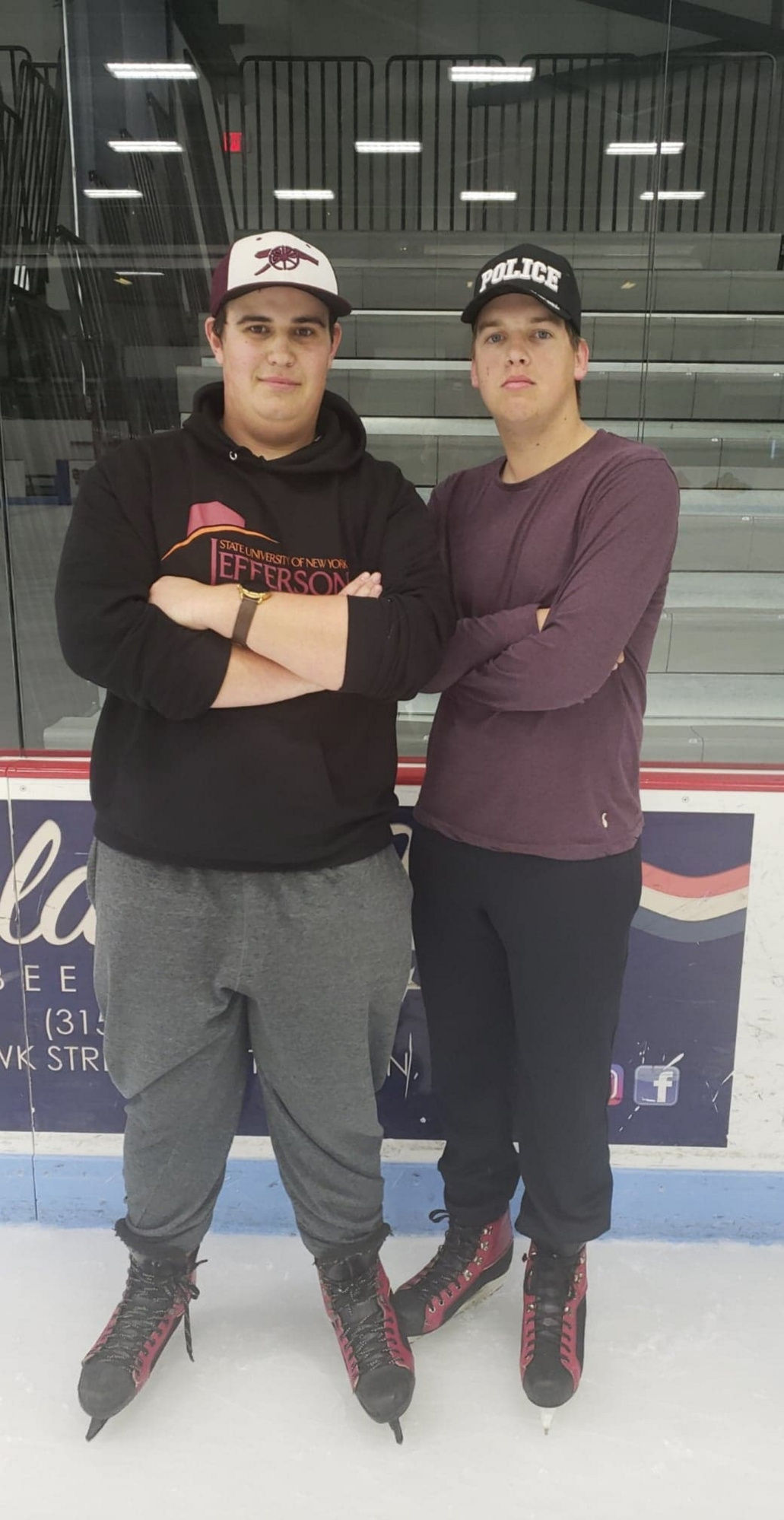 Lachlan Rees, left, and Will Simkin 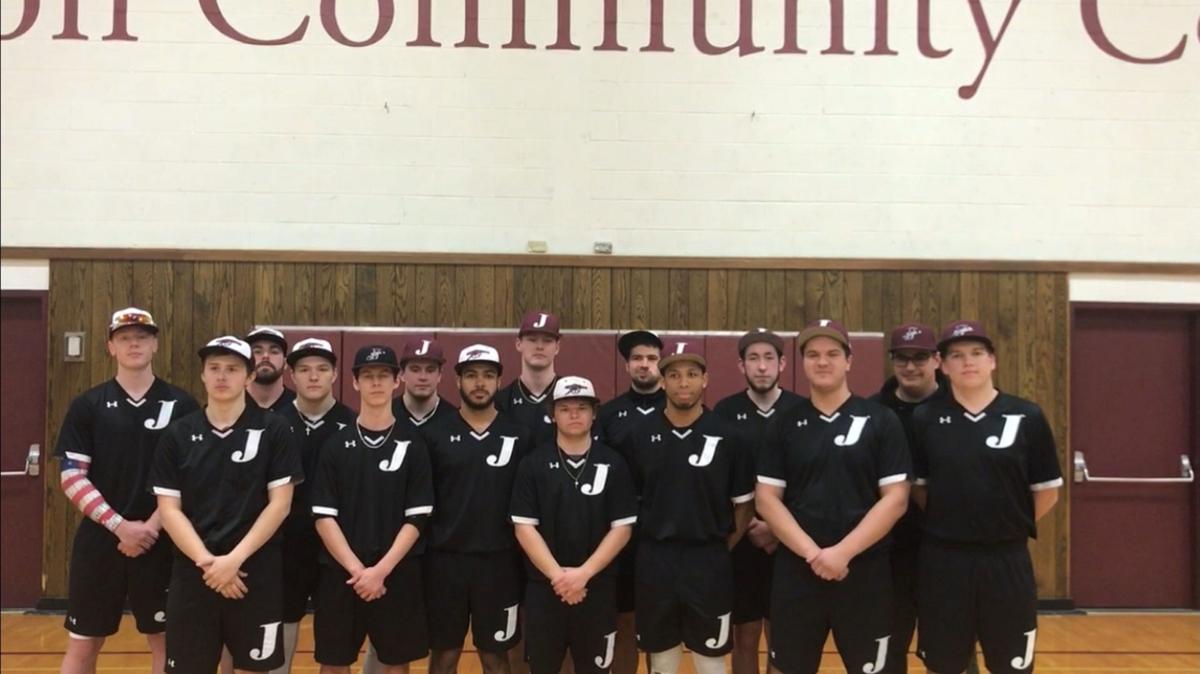 Lachlan Rees, left, and Will Simkin

On the other side of the world, in Australia, it’s 11 p.m. and Will Simkin is getting ready for his first class of the day, American history. That would be followed by sociology and marketing and then a meeting with his group for a project in his marketing class. Simkin is working well past 3 a.m.

The Jefferson Community College freshman came to America to play baseball, but left once the season was canceled and COVID-19 began to take hold in the United States.

Back in Australia, his native country, Simkin is still responsible for his schoolwork. However, the 14-hour time difference has altered his daily routine dramatically.

“I usually sleep during the day, I’m kind of semi-nocturnal,” Simkin said. “Whenever I can really.”

This is not at all what Simkin was imagining when he decided to come play ball in the United States. Right now, on May 4, he should have just recently wrapped up his first collegiate regular season, becoming one step closer to a larger baseball career. That’s what the 2020 season should have been for the entire JCC baseball team, but for Simkin, Lachlan Rees, and Oscar Middleton — all natives of Australia, who decided to pursue baseball in Watertown — the impact of COVID-19 on spring sports have been all the more dramatic.

The three players, who only got to know each other once they arrived on JCC’s campus, are currently spread out. Simkin is back in Australia, Middleton is staying in Oswego with teammate Derek Cuyler, and Rees has remained in the dorms at JCC.

Having Australian teammates made the transition easier. Hearing a similar accent alone, provided Rees with a sense of normalcy.

“It gave me somebody who I could talk about familiar things with,” Rees said. “Also, it was nice to hear an accent the same as yours every now and then.”

Baseball is a growing sport in Australia, 22 of the 31 Australian born major league baseball players have made their MLB debuts within the past 20 years, but to pursue a career in the sport — or play it collegiately — you typically need to go abroad. Jefferson CC baseball — formerly coached by John Northrop, now coached by Brandon Noble — has had a history of recruiting Australian players, having at least one on the roster in six of the past seven years, including 2020.

Northrop is the one that recruited Simkin and Middleton to play for the Cannoneers. Rees turned to one of the internet’s most knowledgeable sources to find JCC.

“I went on Wikipedia and went through the junior colleges listed and sent an email to every single coach,” Rees said. “And I ended up choosing JCC, mainly because I’ve played against people in Australia who have played here before and they turned out to be decent baseball players and playing in the national league at some point.”

Though the trio never had the opportunity to suit up for JCC and play a meaningful game in 2020, they still bonded throughout the season and keep in touch through a Snapchat group.

“They’ve come in and worked really hard, they’re taking a big gamble and it’s a big move to come over here for school,” Noble said. “So, they definitely come over with some great determination. They’re good off the field, they’re really good in the classroom”

When the season was canceled and universities across the U.S. transitioned to distance learning, Simkin, Rees and Middleton each went in different directions.

Simkin and his parents decided it was best if he returned home quickly. Upon arriving in Australia, he was quarantined in his house for two weeks as a cautionary measure. Compared to the United States, the coronavirus outbreak in Australia has been fairly tame. There have been 6,801 total cases with only 95 deaths, according to the Australian Department of Health.

On top of managing schoolwork, Simkin is continuing to stay baseball ready by working out with a friend. Soon sports will be back in Australia as well, much to the citizens’ delight. The National Rugby League is set to start up May 28 — though, according to Simkin, what people are truly waiting for is the reopening of the country’s pubs.

The past six months have been anything but easy for Australians, prior to the coronavirus outbreak, the country dealt with large, devastating wildfires. Simkin noted how resilient the nation has been recently.

“When I’m down at the parks, trying to keep fit, you see families, they’re not letting this get to them, they’re staying positive,” Simkin said. “I feel like one of the greatest attributes Australians have is that we’re resilient and that’s really shown, we’re here for our community.”

When walking down the street, Simkin often sees teddy bears in his neighbors’ windows to help cheer up any children passing by.

Back in the United States, Rees is confined to his JCC dorm. Luckily the community college provides athletes, something that Noble considers a major advantage when recruiting nonlocal kids.

Rees’ next baseball plans will hopefully be with a summer league team in New Jersey alongside teammate Dylan White.

For both Rees and Simkin, 2021 offers another opportunity to play college baseball in Watertown as a Cannoneer. But for Middleton, that window has closed.

Next year, the soon to be junior will be attending Clarkson University with his roommate Cuyler, where he’ll continue to major in engineering, aspiring to be an aerospace engineer.

He says he plans on trying out for the baseball team there but recognizes the challenge.

“I’m definitely going to try but if not, I plan to join the snowboarding team because I’m a big avid snowboarder and potentially the rugby team because I played rugby for about 10 years of my life,” Middleton said.