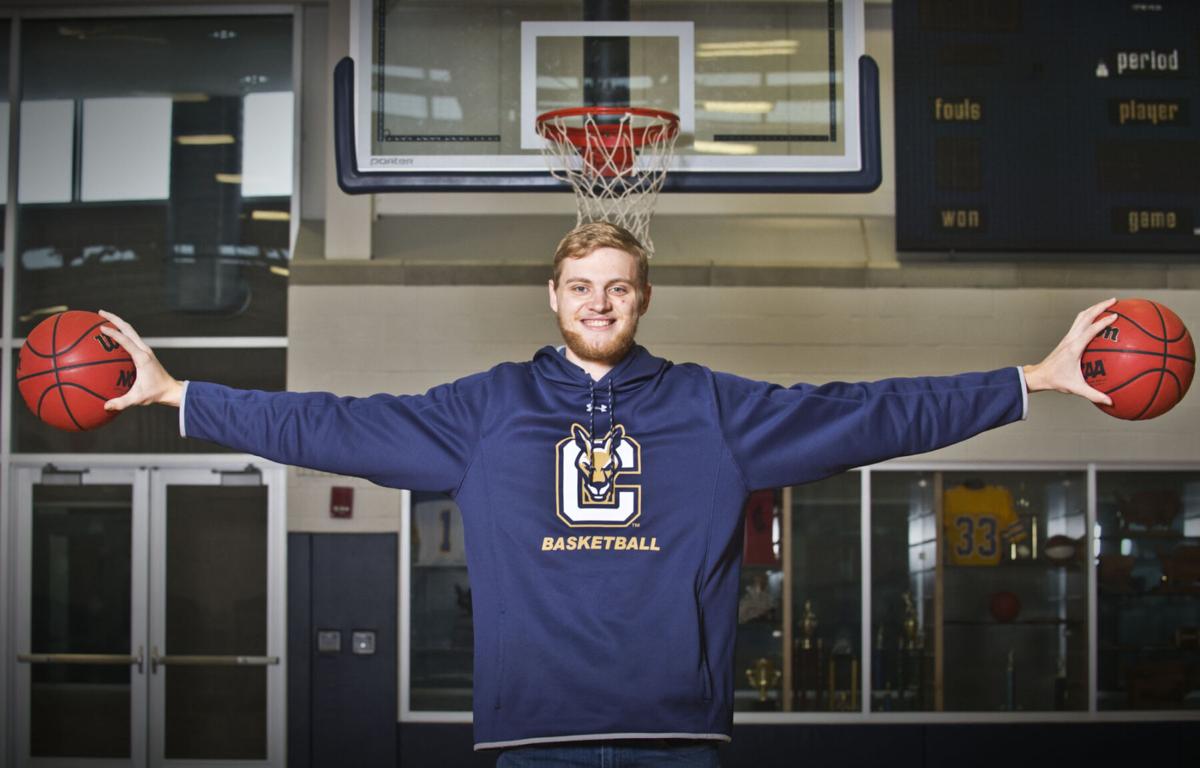 SUNY Canton’s 7-foot, 1-inch forward Andrew Fitch chose the college because he liked the hands-on nature of the degrees, and the basketball program is excellent with a great coach. Christopher Lenney/Watertown Daily Times 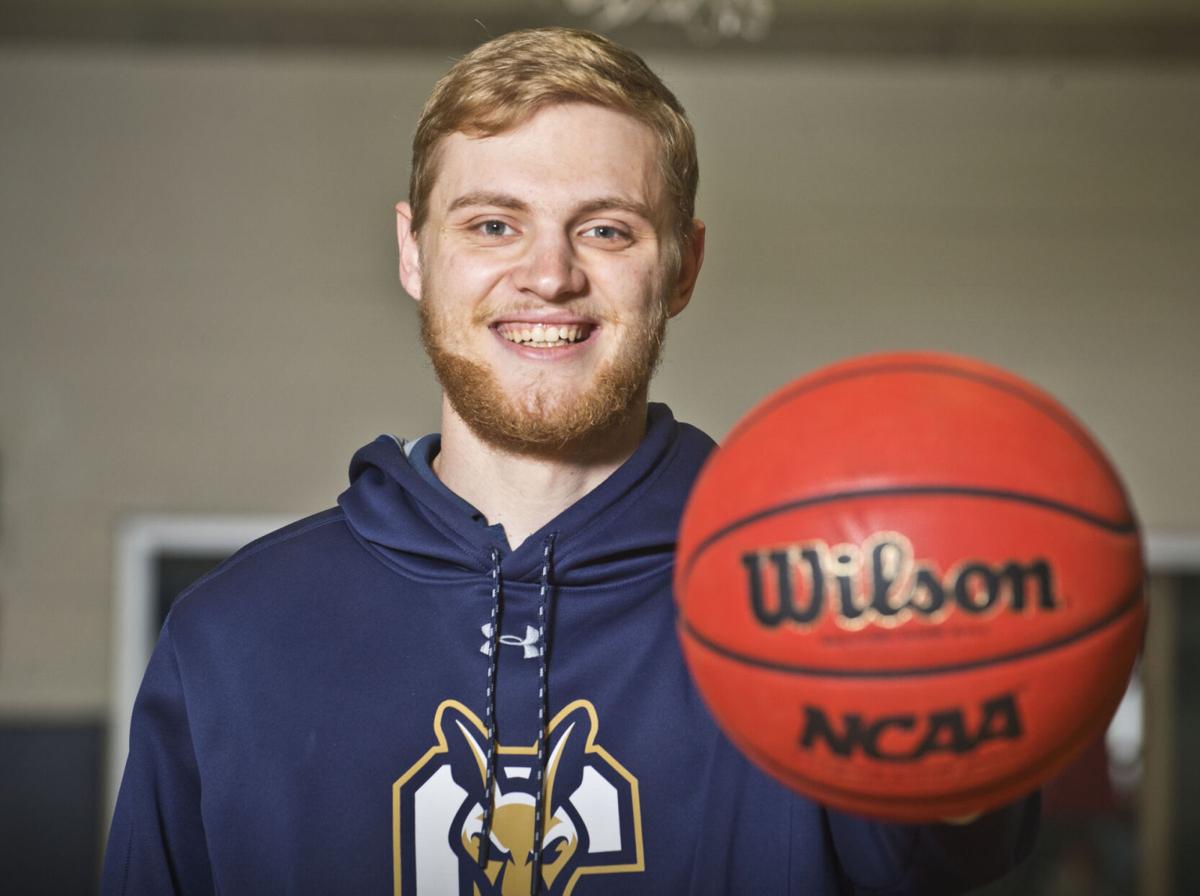 SUNY Canton’s 7-foot, 1-inch forward Andrew Fitch chose SUNY Canton because he liked the hands-on nature of the degrees, and the basketball program is excellent with a great coach. Christopher Lenney/Watertown Daily Times 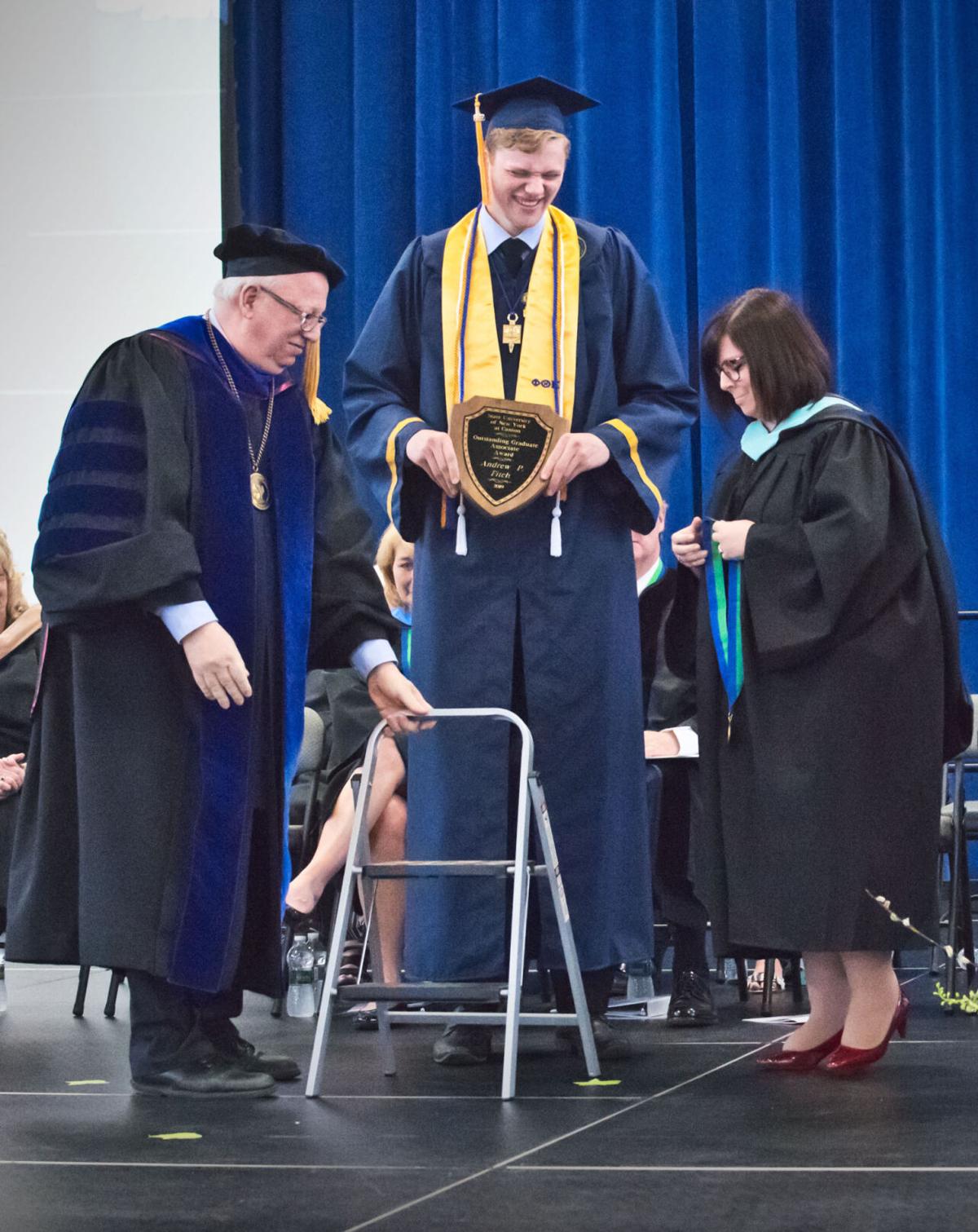 SUNY Canton’s 7-foot, 1-inch forward Andrew Fitch chose the college because he liked the hands-on nature of the degrees, and the basketball program is excellent with a great coach. Christopher Lenney/Watertown Daily Times

SUNY Canton’s 7-foot, 1-inch forward Andrew Fitch chose SUNY Canton because he liked the hands-on nature of the degrees, and the basketball program is excellent with a great coach. Christopher Lenney/Watertown Daily Times

CANTON — SUNY Canton men’s basketball player Andrew Fitch has lived in many places, including Melbourne, Australia, but for the past five years he has truly made Canton his home.

Fitch, a 7-foot-1, 220-pound forward, is a graduate student this season, studying engineering.

“NCSA is a recruiting website online and I put my name out there, without paying anything,” Fitch said. “The first school to reach out to me was SUNY Canton. I was looking for an engineering school with hands-on learning and a really good basketball program and SUNY Canton was my top choice when I went to visit schools.”

Fitch is an American citizen. His bio on the team roster lists his hometown as Melbourne, but he was there only during his high school years.

Before spending six years in Australia, Fitch lived as a child in Illinois and Arizona.

In addition to his studies and basketball, Fitch has become involved in the Canton community and was named the 2021 North Atlantic Conference Man of the Year.

He serves in committees on campus, including being chair of the student hearing board. He’s a Bible study leader and a member of the audio visuals team for church services. He’s preached at services on campus and led a youth group as well.

“I can’t say enough about (Canton),” Fitch said. “The people are amazing, from my barber and her kid who I first met when I got here. Melissa Evans, who is the executive director of enrollment here, I’ve helped her on her farm. Those type of things I love doing for the community. I love helping and I absolutely love this area.”

In three-plus seasons, Fitch has played an average of 22.4 minutes a game. He averages eight points and 9.5 rebounds and he has blocked 266 shots.

“He’s a leader on the court and on campus he is someone who excels in everything he does,” Roos coach Shiva Senthil said. “We go into every game and we are the biggest team, and he just changes the game with his length and shot-blocking ability. Defensively, he moves his feet as well as any center I have ever seen at the Division III level. He’s pretty aggressive. He’s going to be a great defender, but he’s not out there fouling.”

SUNY Canton’s last full season was in 2019-20 and the Kangaroos were 16-12 overall and 10-4 in the NAC, winning the conference tournament and reaching the NCAA Division III tournament for the first time in school history.

“I want to thank the administration and staff who, during COVID, worked tirelessly to get things going for the school,” Fitch said. “It didn’t work out as much as we thought it would, but this year it’s really worked out.”

Fitch said he was 5-foot-9 when he was 12 and grew about three inches every year until he was 17.

The American college game was an adjustment for him after arriving from Australia.

“It’s a lot more athletic,” Fitch said. “The guys jump out of their socks it feels like. The competition is different, it’s more athletic and faster-paced. The shot clock is a little different too, 30 seconds instead of 24. The college atmosphere is way different.