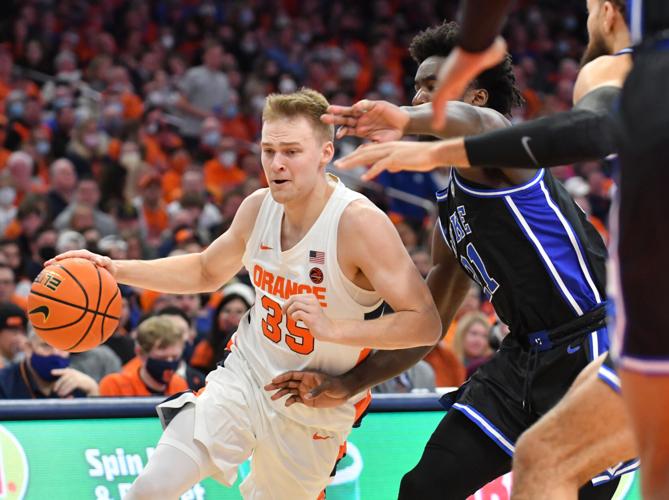 Syracuse guard Buddy Boeheim, left, tries to move past Duke’s AJ Griffin in the second half on Feb. 26 at the Carrier Dome. Mark Konezny/USA TODAY Sports 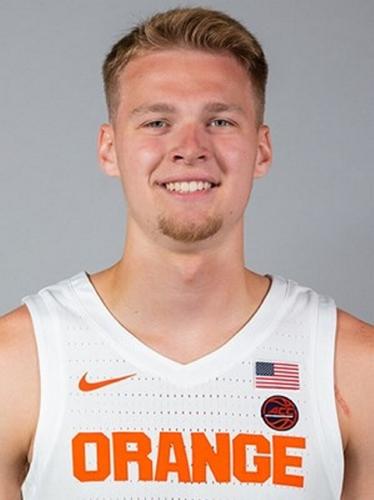 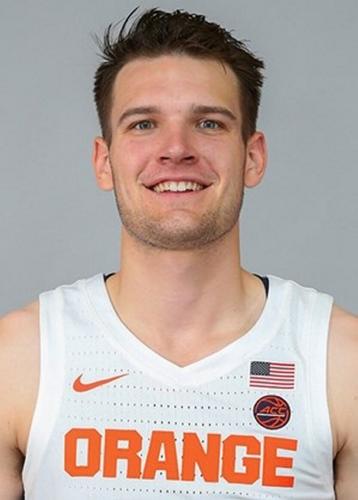 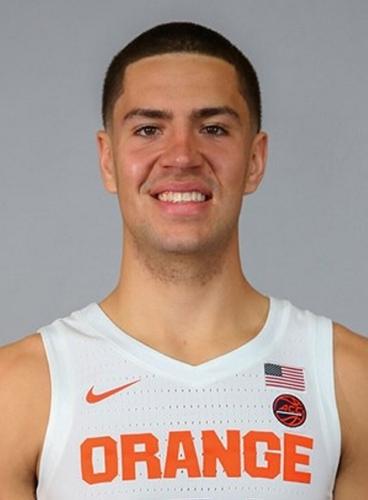 Syracuse guard Buddy Boeheim, left, tries to move past Duke’s AJ Griffin in the second half on Feb. 26 at the Carrier Dome. Mark Konezny/USA TODAY Sports

Buddy Boeheim and his brother, Jimmy, join Cole Swider as the Orange representatives in tonight’s draft but none among the trio are projected to be selected by league prognosticators.

The draft begins at 8 p.m. from the Barclays Center in Brooklyn with the first round slated to be televised on ABC and ESPN, and only the latter will air the second round.

Syracuse has produced 24 first-round selections, tied with Arizona and Louisville for the eighth most all-time, but its most recent was Tyler Lydon in 2017.

Elijah Hughes, who was selected 39th overall in the second round by the Utah Jazz in 2020, is the only other SU player to be drafted in the last five seasons.

Swider and each Boeheim brother have been working out for league teams in recent weeks with hopes of securing another chance for an NBA or G League roster spot if they can’t garner a surprise selection tonight.

Buddy Boeheim appears to be the most likely if any of the SU trio is to sneak into the second round of tonight’s draft.

The 6-foot-6, 200-pound shooting guard was the only Orange player to appear on any of the most recent Top-100 lists updated over the past week by multiple outlets.

Buddy Boeheim was ranked No. 87 overall by Sports Illustrated, 96th by ESPN, 97th by nbadraft.net and 99th by CBS Sports.

He led the Atlantic Coast Conference in scoring with 19.2 points per game as a senior and made 88 total 3-pointers at a 34.1 percent rate from deep.

There will be only 58 players selected this year rather than the traditional 60 because Chicago and Miami each forfeited second-round picks for violating league tampering rules.

According to a recent New York Post article, Buddy and Jimmy Boeheim each moved to Manhattan this spring to train full-time for a spot in the pros and each has worked out for the New York Knicks in the presence of head coach Tom Thibodeau.

“They’re getting an opportunity,” SU coach Jim Boeheim told the New York Post regarding his two sons. “They worked hard all their life. They’ll do workouts and see where they stand in the whole picture. It’s fun for them.”

Buddy Boeheim has worked out for at least 10 other teams, according to various reports, including the Golden State Warriors, Portland Trail Blazers, Los Angeles Clippers, Sacramento Kings and Charlotte Hornets.

League insider Adam Zagoria reported last month that Buddy Boeheim connected on 71 of 80 attempts from behind the 3-point arc during a single workout with the Knicks, who hold the Nos. 11 and 42 picks in the draft. He also made six 3-pointers during a 5-on-5 scrimmage in the G League scouting combine.

Swider has also generated leaguewide interest and conducted a second workout with the Los Angeles Lakers this week.

The Lakers’ official team Twitter account posted a photo of Swider on the court and confirmed he was working out for the franchise again on Tuesday after initially impressing their scouts last month.

The 6-foot-9 forward averaged 13.9 points and 6.8 rebounds per game, made 81 total 3-pointers and shot 41.1 percent from behind the arc in his lone season at SU after transferring from Villanova.

The Lakers don’t have any picks as of Wednesday but were rumored to be exploring trades into the second round.

Swider told lakersnation.com that he also received invites for a second workout from the Atlanta Hawks and Milwaukee Bucks, among the 10-plus teams he has trained for during the pre-draft process.