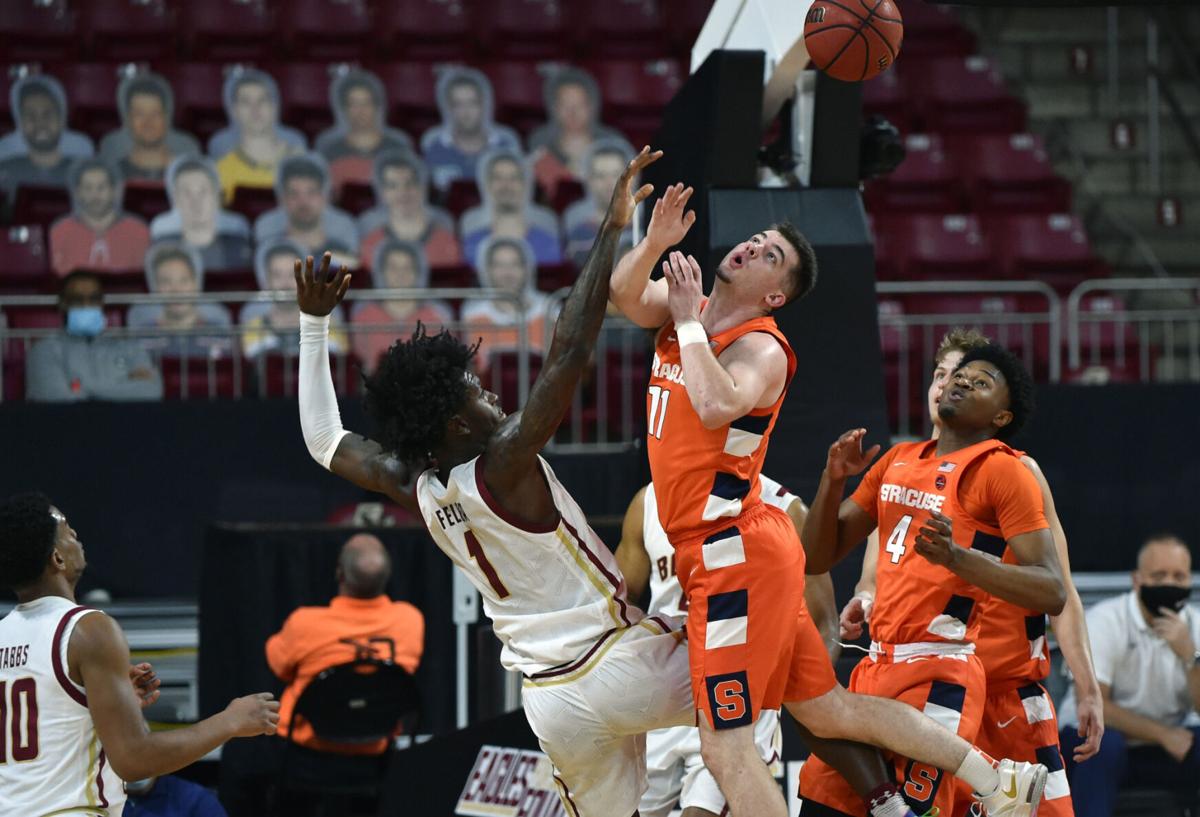 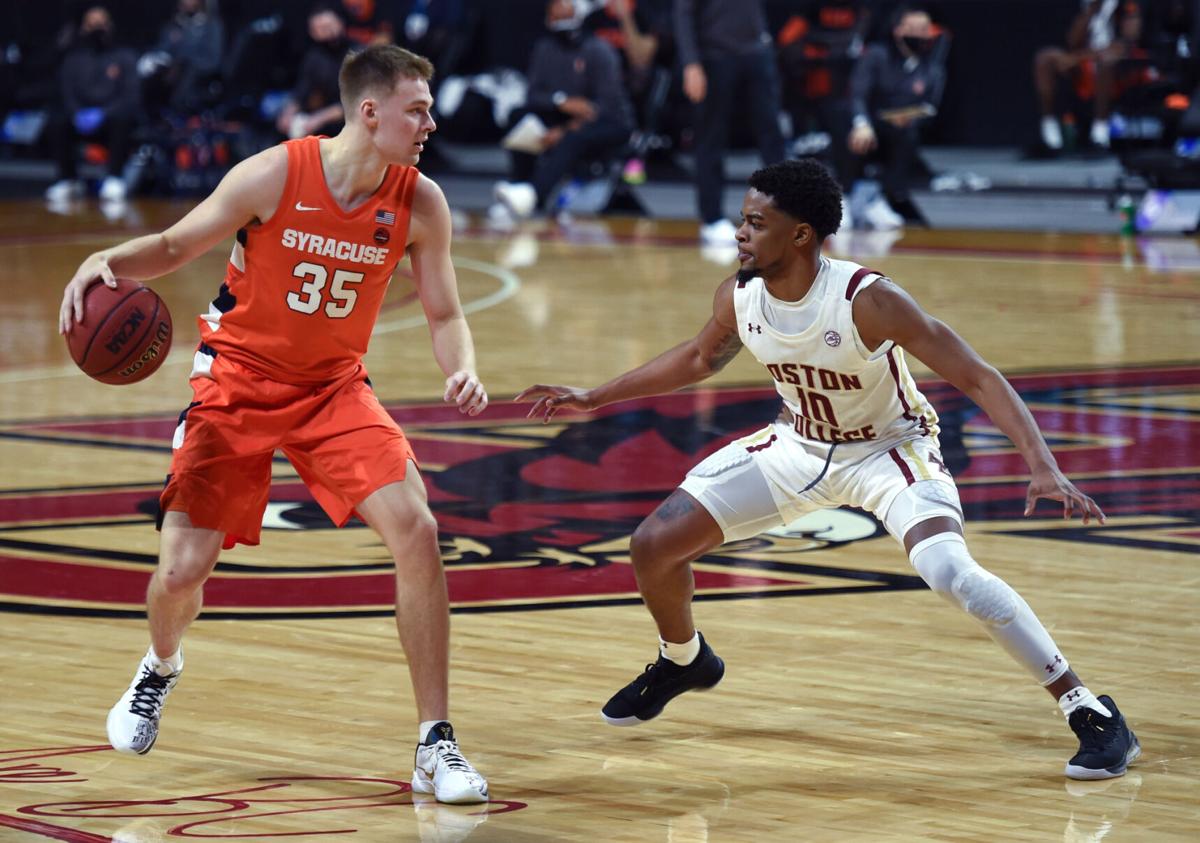 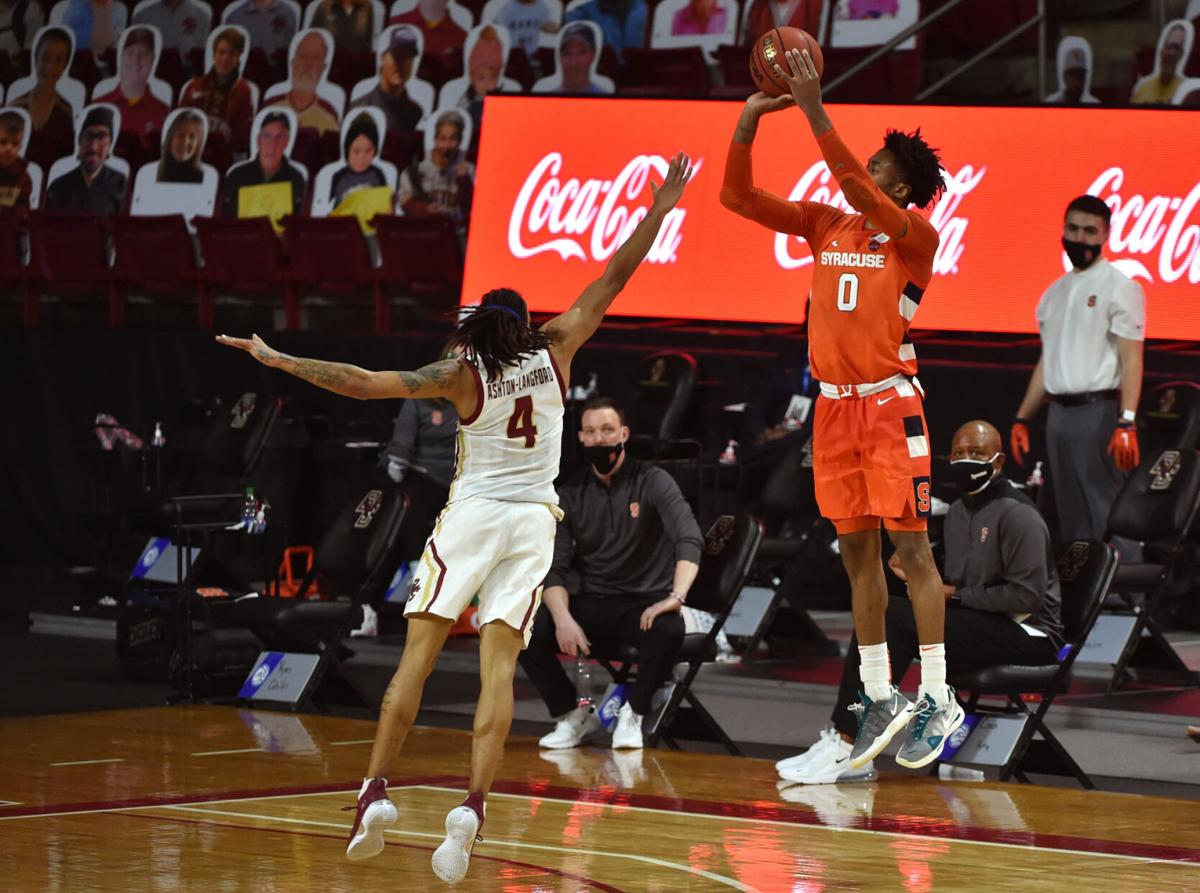 Alan Griffin struck for 22 points and 10 rebounds and all five starters scored in double figures for the Orange (4-1 overall, 1-0 ACC), which shot 59.3 percent from the floor and 51.7 from 3-point range.

“That was one of the overall most fun games I’ve ever had,” he said afterward. “Sitting out three games watching at home, just wanting to be out there with your teammates, especially at practice, just missing the little things like traveling to an away game or hanging out in the locker room talking to guys, I just missed all of it, so being back with the guys was great and nothing is better than competing with them.”

“I tried to hold him back, I just couldn’t do it,” Jim Boeheim joked afterward.

Buddy Boeheim said that he spent his quarantine inside the family home working out, finishing school projects, and watching TV that included college basketball games, movies, and “The Office”.

Buddy Boeheim hit his first two 3-pointers to help fuel a strong offensive output in his return to the court.

“You could see the whole team lift up from that, those were big shots for us,” Jim Boeheim said.

He later added: “I knew he’d be in shape but in practice the last two days he didn’t make that much, he really didn’t, he struggled. I’m shocked he made the first two.”

Joseph Girard III scored 17 points, including a 5-for-7 mark on 3-pointers, to go with five assists and five rebounds for the Orange. Quincy Guerrier had 14 points and Marek Dolezaj finished with 10 points and seven assists for SU, which is next scheduled to host Buffalo at a time to be determined next Saturday in the Carrier Dome.

James Karnik, a senior transfer from Lehigh, provided 20 points and eight rebounds off the bench to lead the Eagles (1-5, 0-1), who have lost four in a row. Wynston Tabbs led the Boston College starters with 11 points.

Syracuse secured a 48-30 lead at halftime after shooting 8 for 16 from 3-point range in the opening half.

The Orange then scored the first six points of the second half to extend their biggest lead of the game at that point.

Griffin’s 3-pointer pushed the lead to 65-35 with 14:29 left, and most of the starters began checking out for good with about eight minutes left.

Syracuse took its first double-digit advantage on a layup by Guerrier with 13:15 left in the first half.

Boston College went nearly five minutes without scoring later in the opening half, allowing the Orange to extend their lead to 32-17. The Eagles never got back within single digits.

Woody Newton came off the bench for Syracuse and scored all five of his first-half points on back-to-back possessions. That spurt gave the Orange their biggest lead of the first half at 40-22 with 4:05 left.

The 20th-ranked Syracuse University women’s basketball game against Binghamton scheduled for 6 p.m. Sunday in the Carrier Dome was called off due to an abundance of caution after confirmation of a Tier 1 positive COVID-19 test in the Binghamton program.

The team announced the cancellation via press release Friday night.

The Orange (4-0 overall, 1-0 Atlantic Coast Conference) is next slated to play Thursday at North Carolina.