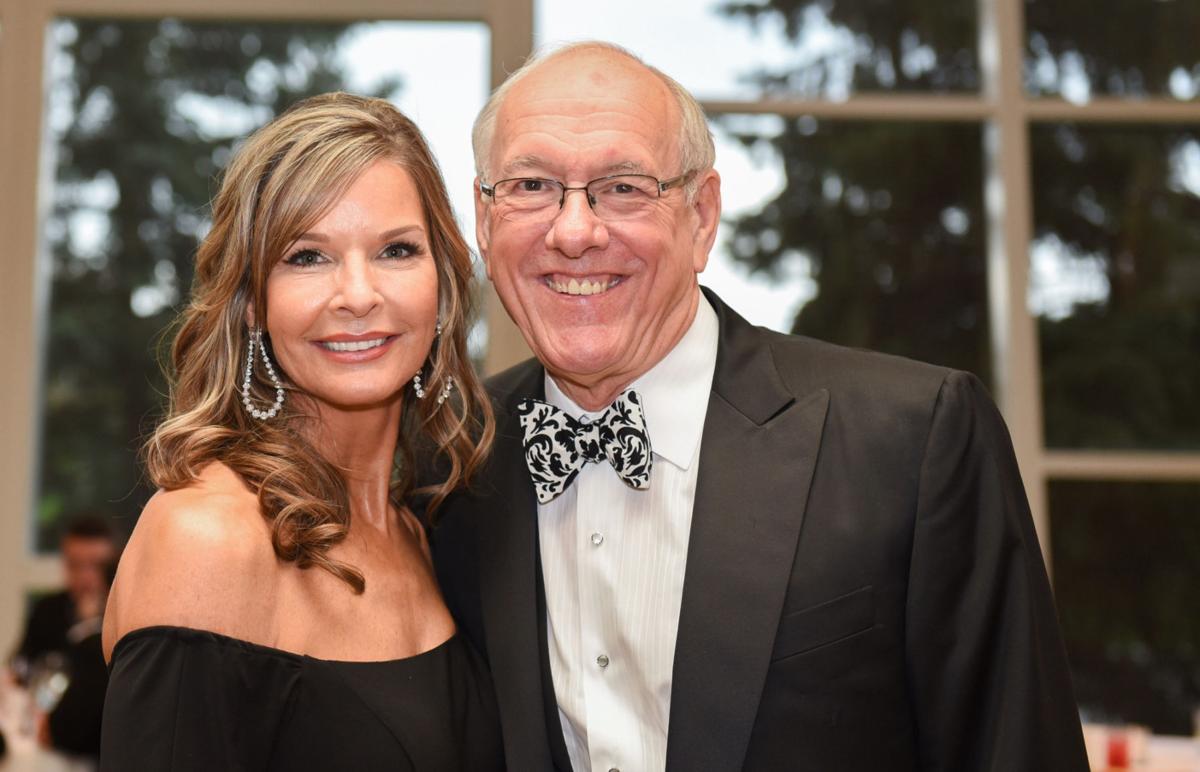 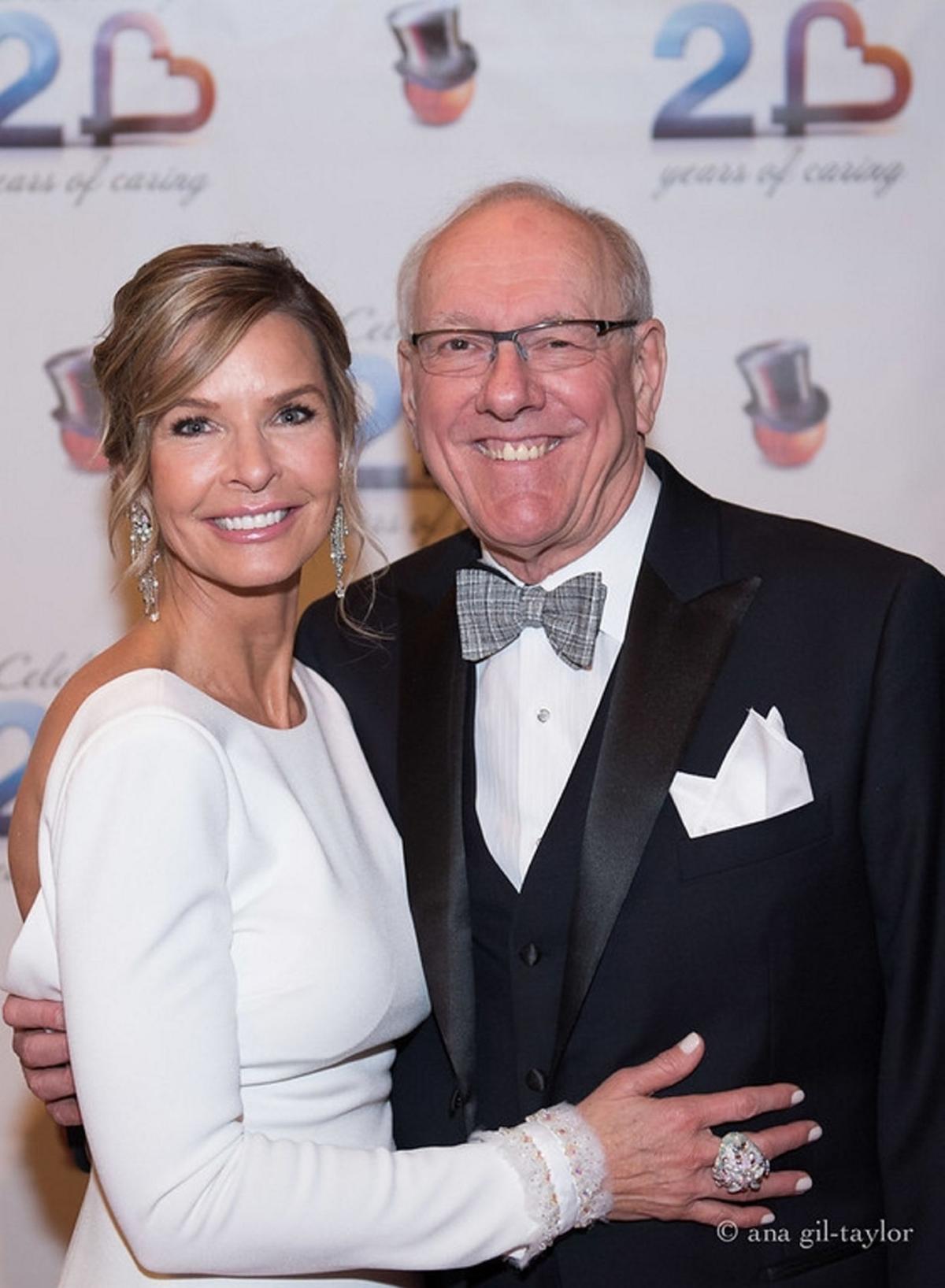 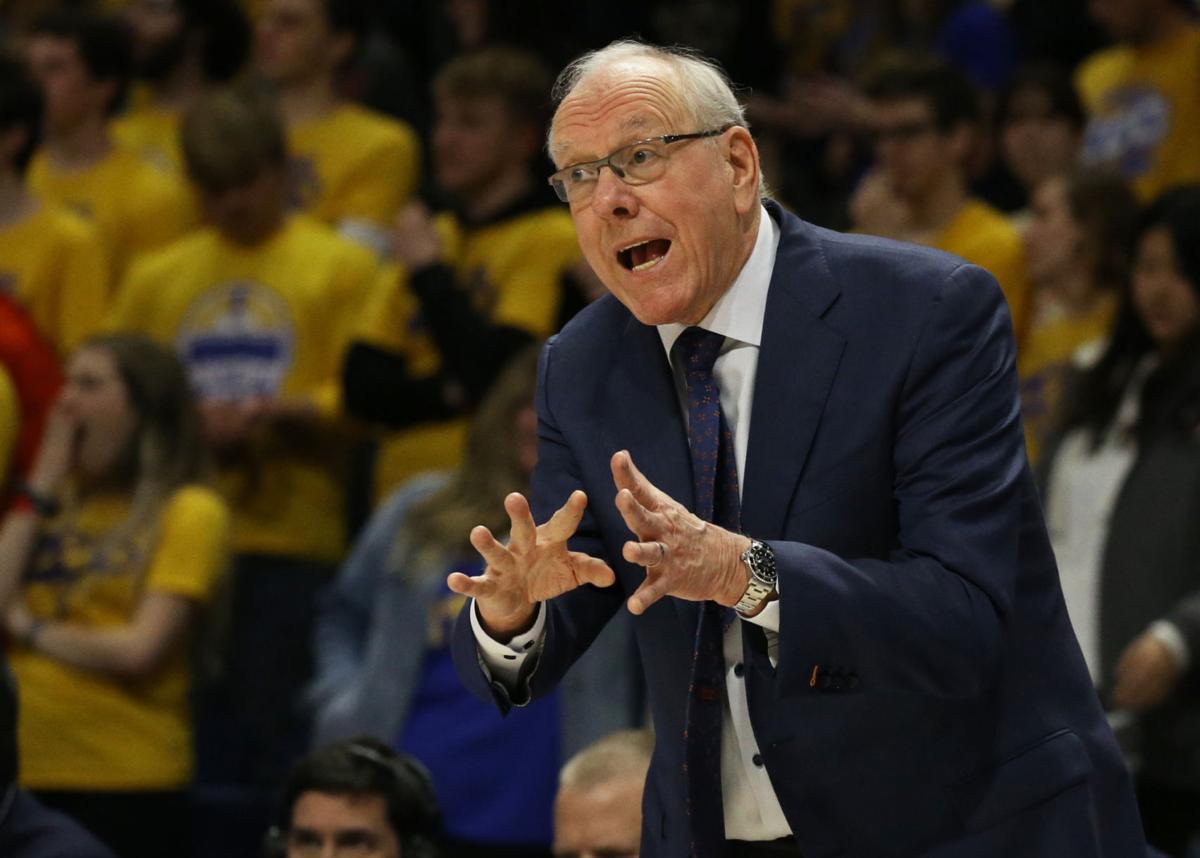 Syracuse head coach Jim Boeheim reacts on the sidelines during the second half of a game against Pittsburgh on Feb. 26 at the Petersen Events Center in Pittsburgh. Charles LeClaire/USA TODAY Sports

Syracuse head coach Jim Boeheim reacts on the sidelines during the second half of a game against Pittsburgh on Feb. 26 at the Petersen Events Center in Pittsburgh. Charles LeClaire/USA TODAY Sports

Jim and Juli Boeheim found a creative way to ensure that the 21st annual Boeheim Foundation Basket Ball Gala will go on despite COVID-19 restrictions and the unique event will be utilized to combat the pandemic in Syracuse and surrounding areas.

Jim Boeheim — the Syracuse University men’s basketball coach of 44 years — and his wife, Juli, will host their annual charity extravaganza in a virtual format from their home in Fayetteville on Saturday night.

The special will include a slew of silent and live auctions, a mix of interviews and guest segments, inspirational videos, and a question and answer session with Jim and Juli Boeheim to cap off the casual evening.

Proceeds raised from the event will go to benefit those impacted by COVID-19 in the community. The Jim and Juli Boeheim Foundation has raised 5.5 million dollars for charitable causes in the area since it was formed in 2009 — focused on enriching the lives of kids in need and providing support for eliminating cancer through research and advocacy.

The Orange power couple, which has hosted fundraisers such as the annual gala for more than two decades, discussed the reconfigured game plan for the ball during a zoom video conference on Monday.

“For me it’s a huge part of our life, because we have gotten total support from the community, all of upstate New York coming to all of our games and obviously the support that the team gets, but when we started doing this, we got support unlike any place else in the country,” said Jim Boeheim, who guided SU to its 50th straight winning campaign this past year to extend the NCAA’s longest active streak.

“To raise money, which was at first Coaches vs. Cancer which raised a lot of money, and now, these last 10 years for the foundation, which has been able to give out more than 5.5 million dollars because of the support that we get locally. ... People have been unbelievably supportive, otherwise, we never would have been able to get to this magnitude.”

The gala was initially scheduled to be held this weekend at Turning Stone Casino and Resort. Sponsorship money and several donations had already been paid in advance, and finer details such as pro bono invitations by Mower marketing in Syracuse were finished and ready to send.

As fallout from the crisis worsened and it became apparent that the foundation wouldn’t be able to go through with the original plans, the Boeheims became determined to find a suitable alternative while also joining the fight against the virus. Juli Boeheim said that the current idea started while she was watching The Tonight Show starring Jimmy Fallon, the host who attended SU’s last regular-season home game on Feb. 29 along with NFL stars Tom Brady and Julian Edelman.

“To postpone would have been problematic and taken us into October, and dates were already filling up then with other postponements and events doing just what we were trying to do,” Juli Boeheim said. “So, I was watching Jimmy Fallon and saw him doing his show from home, and that really inspired me to at least try to do this.”

The Boeheims have joined with the Syracuse NBC-3 station (WSTM) to broadcast the first hour of the event from 7-8 p.m. The second hour will be simulcast on CNYCentral.com and on Facebook Live.

Fans can purchase a virtual fan “ticket,” to bid on memorabilia and other non-sports auction items, or make donations now at the foundation website.

Details of who or what to expect during the show are limited as to allow some intrigue for fans going in. Juli Boeheim joked that there could be a “Pilates with Jim,” segment, but that suggestion was quickly shot down by the longtime Orange coach.

“I hope people join in, I heard Jim on a radio show say that maybe people will be bored enough that they’re going to want to turn it on,” Juli Boeheim said. “But we do hope people turn it on and I hope that when they do, that they feel better, they feel encouraged, that it makes a difference somehow for everyone. We’re really excited about the end result, which is getting this money that’s coming in back out into the hands that desperately need it.”

The Basket Ball Gala was held at Turning Stone last year and raised $600,000 to donate toward the foundation’s mission in the community.

The Jim and Juli Boeheim Foundation typically offers grants in May and November each year but has adjusted that schedule to provide immediate aid amid the ongoing pandemic.

“We’re making emergency grants now outside of those timelines, and we predict that our incoming grant requests will all be related to this in the months to come, so we’ll keep generating these dollars back out towards that,” Juli Boeheim said.

The Boeheim house has been full over the past five weeks since colleges shut down in mid-March to limit the spread of the virus. Their oldest son, Jimmy, is a junior at Cornell University while their twins, Buddy and Jamie, are sophomores at SU and the University of Rochester, respectively.

Jimmy (16.7 points per game) and Buddy Boeheim (15.3) produced the highest combined scoring output for a brother duo in NCAA Division I men’s basketball this past year.

Jim and Juli Boeheim said that their family has spent the recent weeks much like others around the country — trying to enjoy the unexpected time together while enduring the occasional moments of heartache associated with the crisis.

“We’re happy for the time that we’ve had but it’s obviously so difficult for everybody,” Jim Boeheim said. “Everybody is hoping for a way out, for science and for the doctors to figure out a way that we can get back out and get the country going again. You have to believe that will happen. I do, I think it will happen sooner rather than later, obviously it’s a difficult, difficult disease and we have to figure out a way to best get back, but we all know that we have to get back and get the country moving again as soon as we possibly can.”