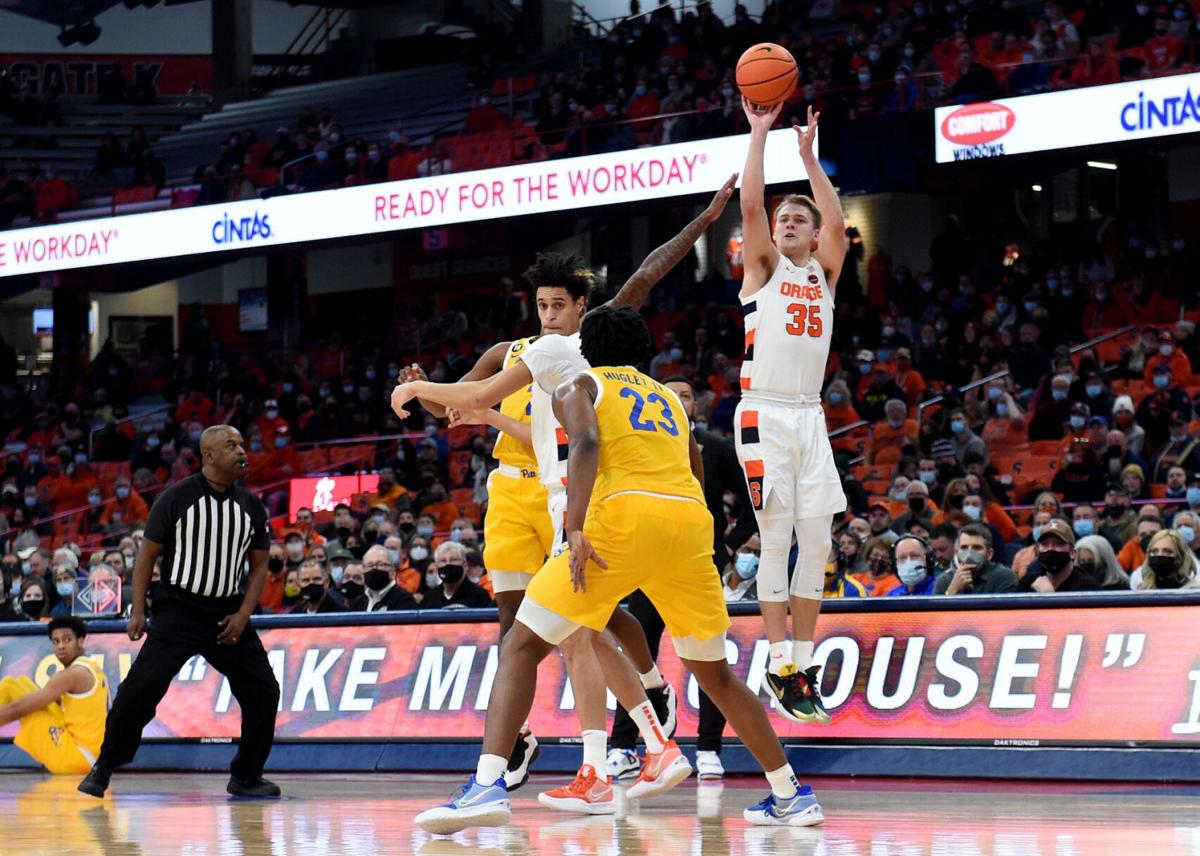 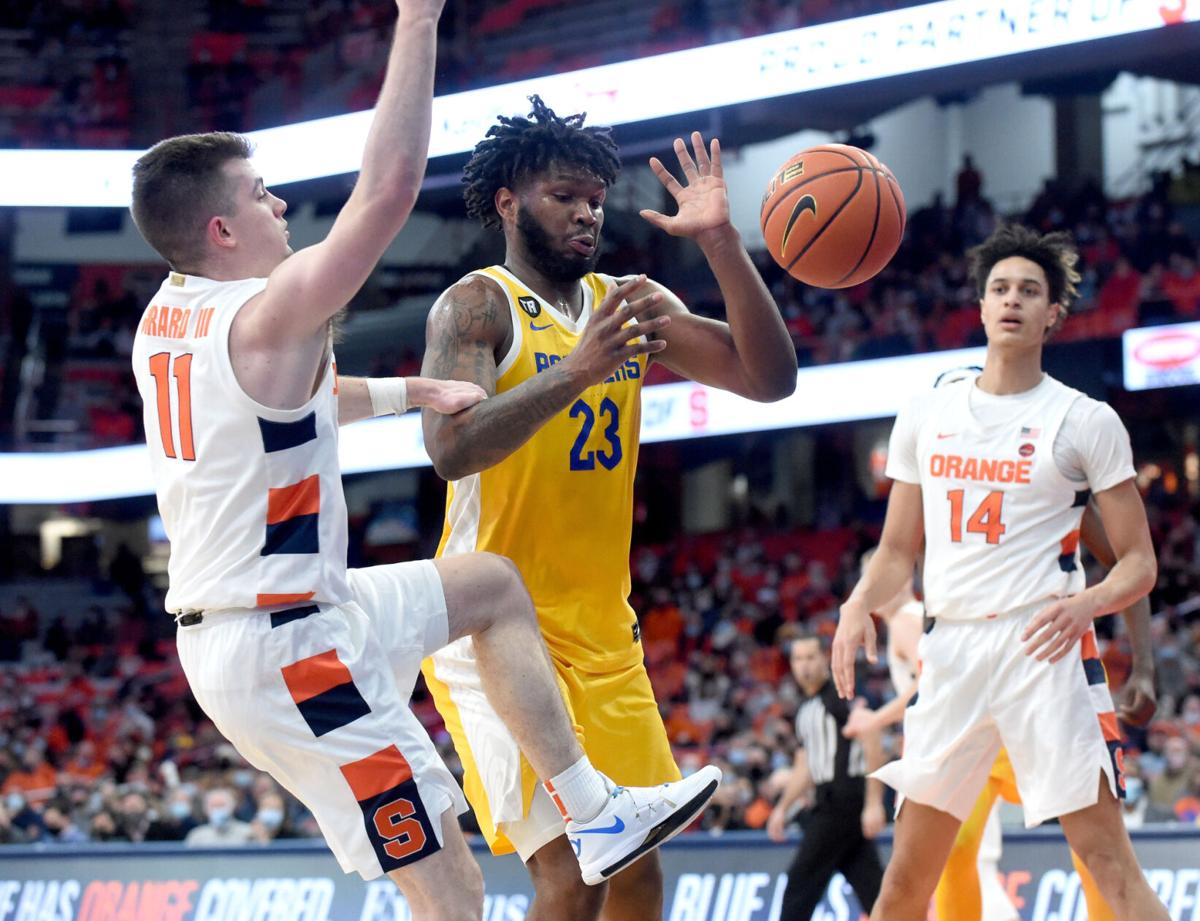 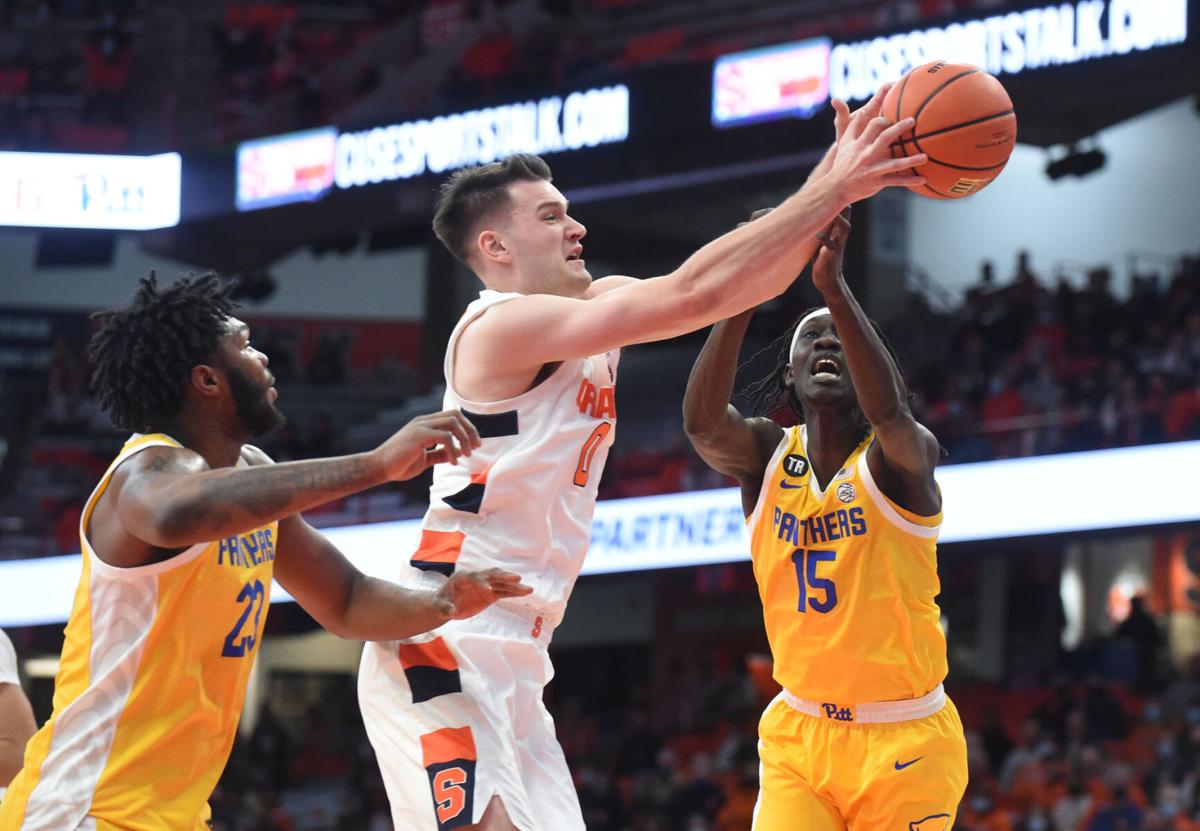 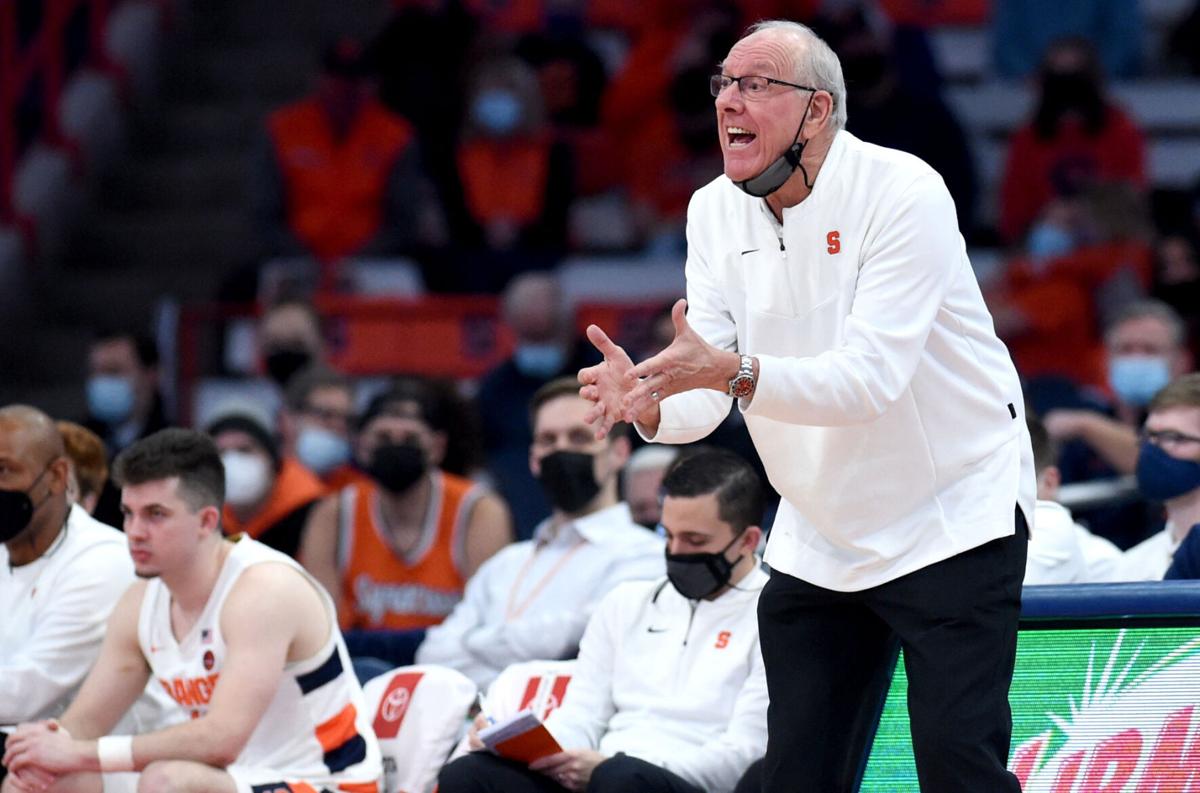 Syracuse coach Jim Boeheim looks to get a referee’s attention during Tuesday’s game at the Carrier Dome. Dennis Nett/dnett syracuse.com

Syracuse coach Jim Boeheim looks to get a referee’s attention during Tuesday’s game at the Carrier Dome. Dennis Nett/dnett syracuse.com

Buddy Boeheim scored 24 points and was backed by a resurgent performance from the Syracuse University defense to end a three-game losing streak Tuesday night.

Boeheim led four players in double figures to help the host Orange beat the Pittsburgh Panthers, 77-61, for the Atlantic Coast Conference men’s basketball victory in front of a reported crowd of 15,214 fans at the Carrier Dome.

Syracuse (8-8 overall, 2-3 ACC) climbed back to .500 ahead of its next league matchup against Florida State, slated for 3 p.m. Saturday in the Dome to be televised on ESPN.

“I think we have the team to do it, we have the team to go on a run a here, and I’m just looking forward to getting better with this team and see where we can be at the end of the year,” SU forward Cole Swider said. “Our defense was better tonight and that obviously helped us win.”

Buddy Boeheim went 5-for-8 on 3-pointers to match a season-high from deep and hit on 7 of 13 shots overall for his most efficient league outing.

He made his first four attempts from behind the arc in the first half and finished the performance by hitting an off-balance 3-pointer from the corner, getting the shot to fall after a big bounce off the side of the rim to push the SU advantage to 56-41 with 12 minutes left.

The senior shooting guard was a combined 4-for-15 on 3-point field goals in his previous two games and shot just 31 percent from the field in his prior four league games combined.

“I think Buddy is always capable of going off on any night, but this should give him a nice confidence boost for sure,” SU center Jesse Edwards said. “We all believe in him regardless, and we have a couple great shooters that can pick up for him if he’s maybe having an off night, but he’s not going to have too many of those because he’s a great player.”

Syracuse raced away from a 35-34 halftime edge with a stifling defensive effort, holding Pittsburgh without a field goal for more than nine minutes to open the second half on a 16-3 run.

The Panthers missed their first eight shots from the floor after the break and finished 5-for-21 in the second half, including a 2-for-10 effort from behind the arc.

Sophomore forward and leading scorer John Hugley was held to eight points and made just one of six field goal attempts for Pittsburgh.

“The second half was a complete turnaround, our defense was by far the best it’s been all year movement-wise, coverage-wise,” SU coach Jim Boeheim said. “We did a good job on Hugley and he’s had a few monster game lately, but our defense was the difference.”