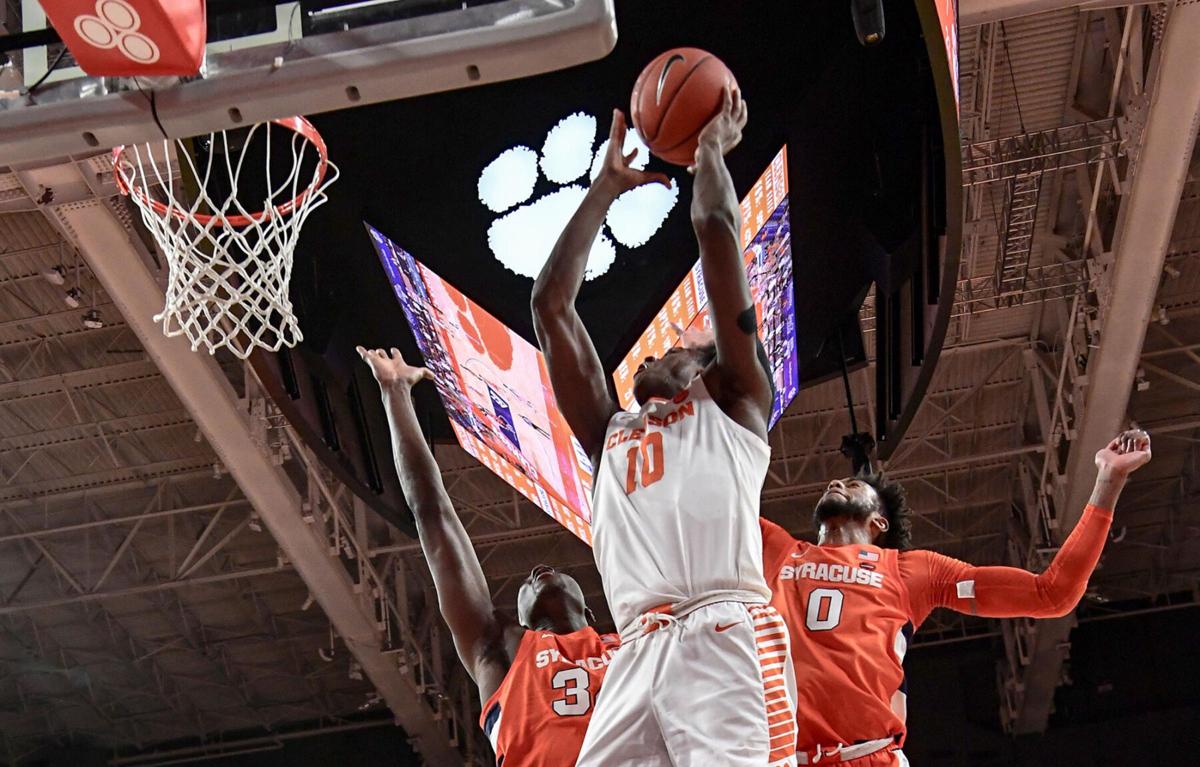 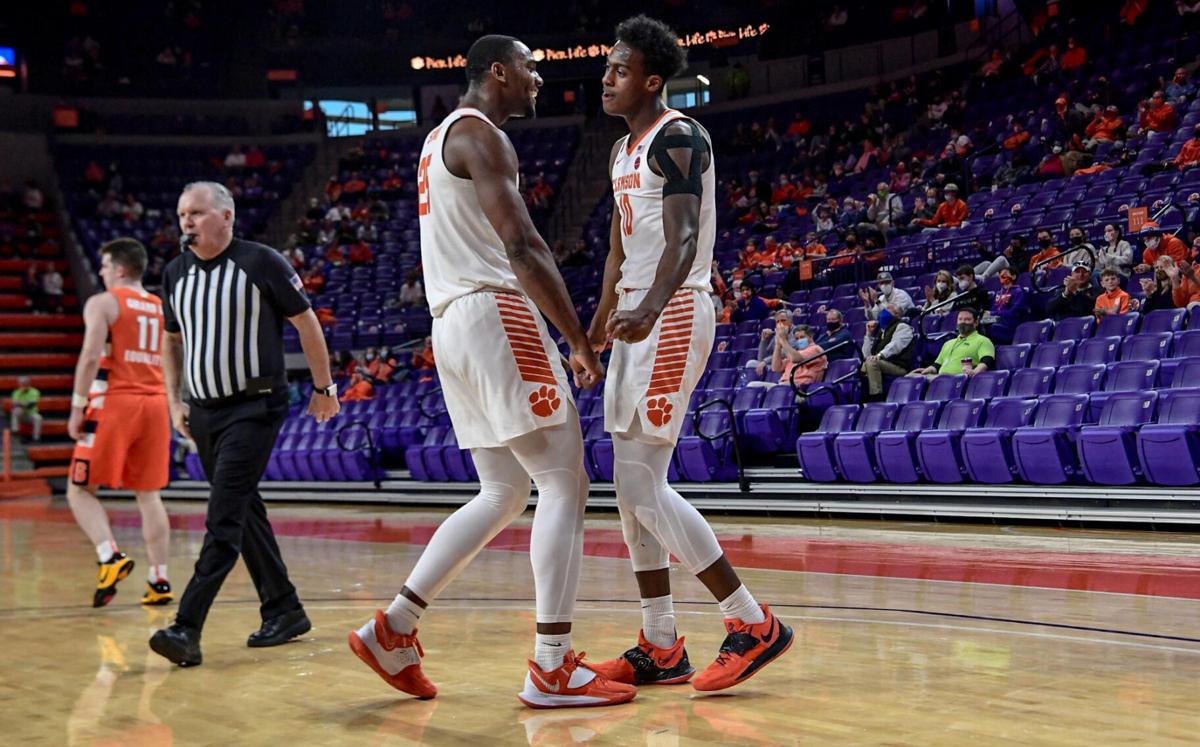 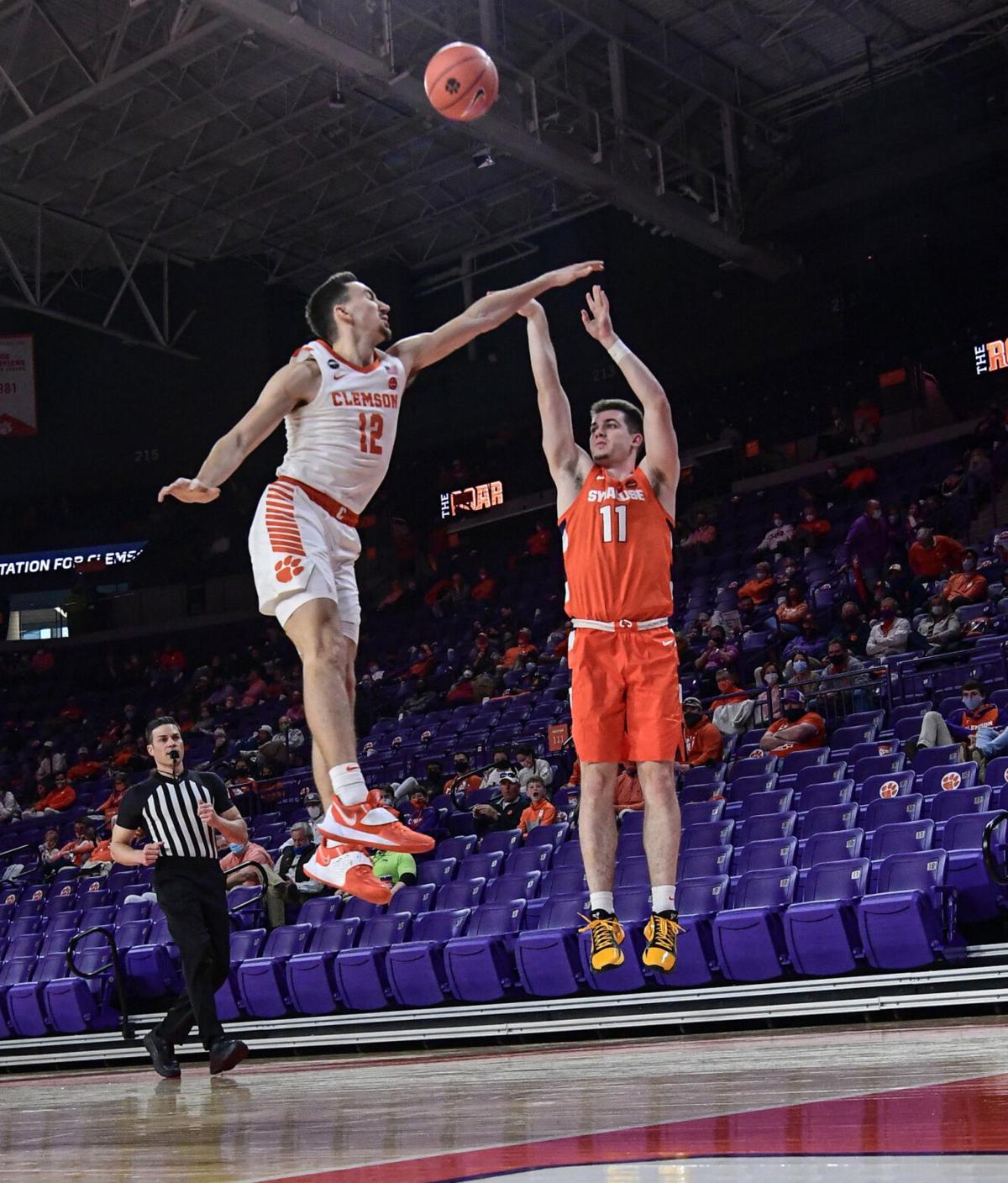 Simms, a preseason first-team All-ACC selection, made 7 of 9 shots from the floor while scoring in double figures for a fourth consecutive game and 10th time this season. Simms also grabbed a game-high 11 rebounds for his second double-double of the season and the seventh of his career.

Clemson improved to 12-5 overall and 6-5 in the ACC with its second straight win and third in four games.

Syracuse, which entered the game ranked second in the ACC in scoring at 77.7 points per game, also recorded its third-lowest point total of the season.

“We have to play well on offense to have a chance to win games, we’re not going to win games with our defense,” SU coach Jim Boeheim said afterward. “This was the worst offensive first half that I can remember us ever having, and that’s just something we can’t have. We have to be better on the offensive end.”

Syracuse fell to 1-4 in ACC road games and will next play at 6:30 p.m. Tuesday at North Carolina State.

Nick Honor scored 15 points for Clemson, all from 3-point range, where he connected on 5 of 8 attempts. Clyde Trapp scored two points for the Tigers, but had a career-high 11 assists and eight rebounds.

Syracuse got 19 points on 7 of 13 shooting from Joseph Girard III. Alan Griffin added 12 points and Marek Dolezaj had 10. Leading scorer Quincy Guerrier was held to eight points on 3 of 11 shooting.

Center Bourama Sidibe played for the first time since suffering a torn meniscus in the season opener that required surgery. He contributed a block with no rebounds in 11 minutes of action.

Girard III scored all of his 19 points in the second half to snap a three-game streak of single-digit scoring outputs.

“They played the same defense in the second half, they didn’t back off, and Joe was just aggressive and got to the basket and was the difference in the second half,” Boeheim said. “He can do that. I think he’s been a little bit reluctant this year to go in those situations and he’s been limiting himself a little bit to be more of a jump shooter, but he’s more effective when he can get by people.”

Clemson seized control from the outset, building a 10-point lead 6 1/2 minutes in and extending the lead to 20 points by halftime, 39-19, as the Orange closed its lowest scoring half of the season by making only one of their last 20 shots.

Syracuse missed 13 straight at one point and finished just 3-for-25 for a 12 percent shooting mark in the first half.

The Tigers continued their assault in the second half, building a 25-point advantage with 12 minutes remaining. Syracuse drew no closer than 19 points the rest of the way.

Clemson outrebounded the Orange 42-25 and shot 53 percent from the floor while making 10 of 23 shots from beyond the arc.