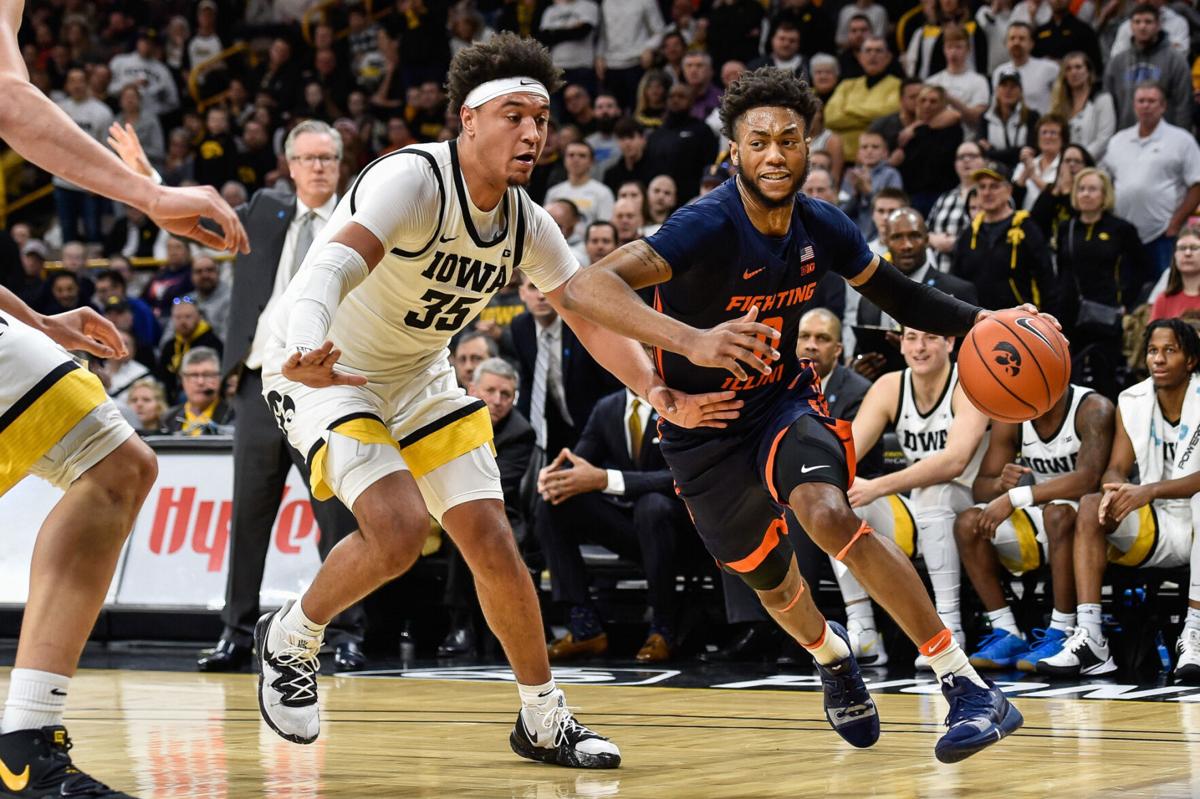 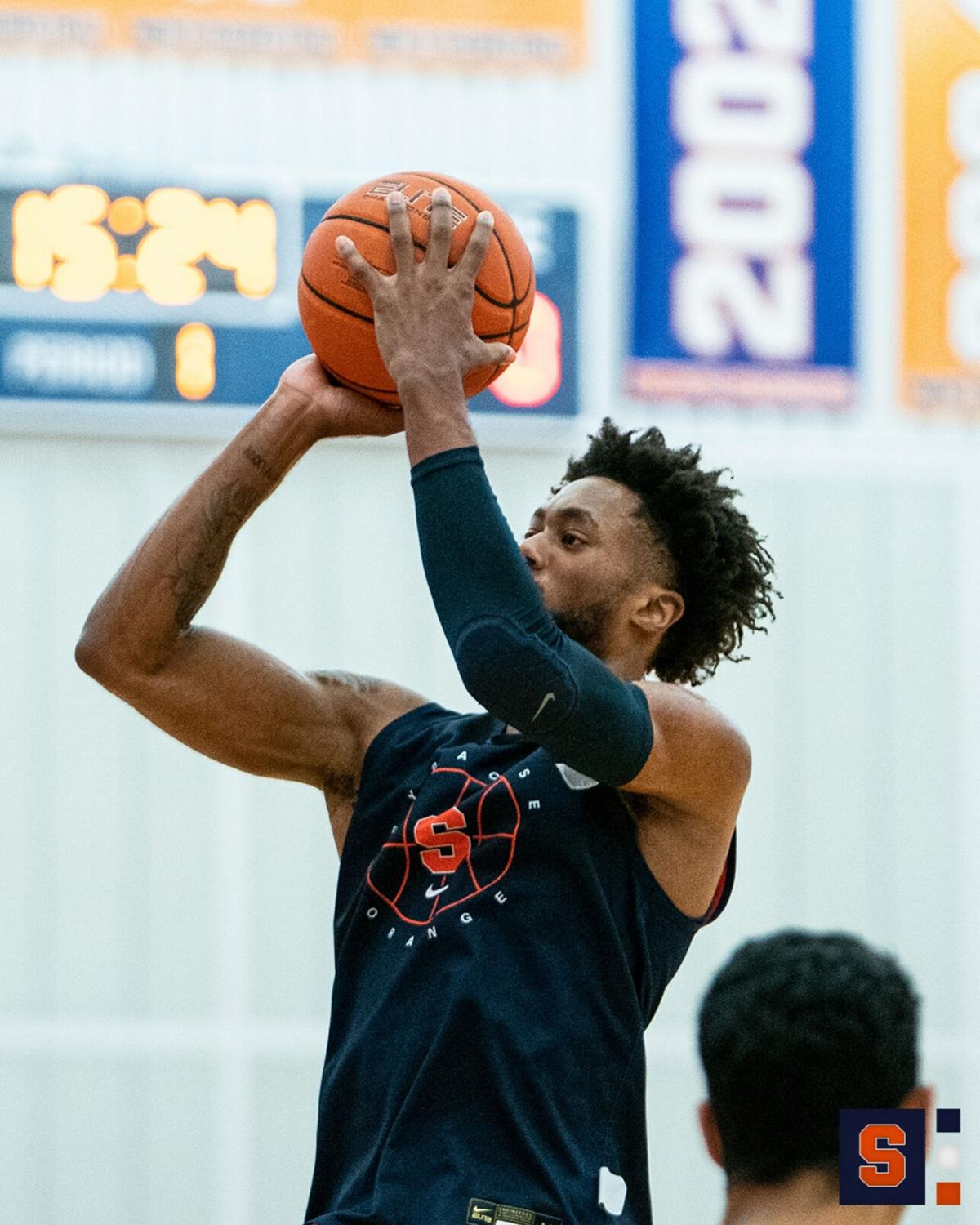 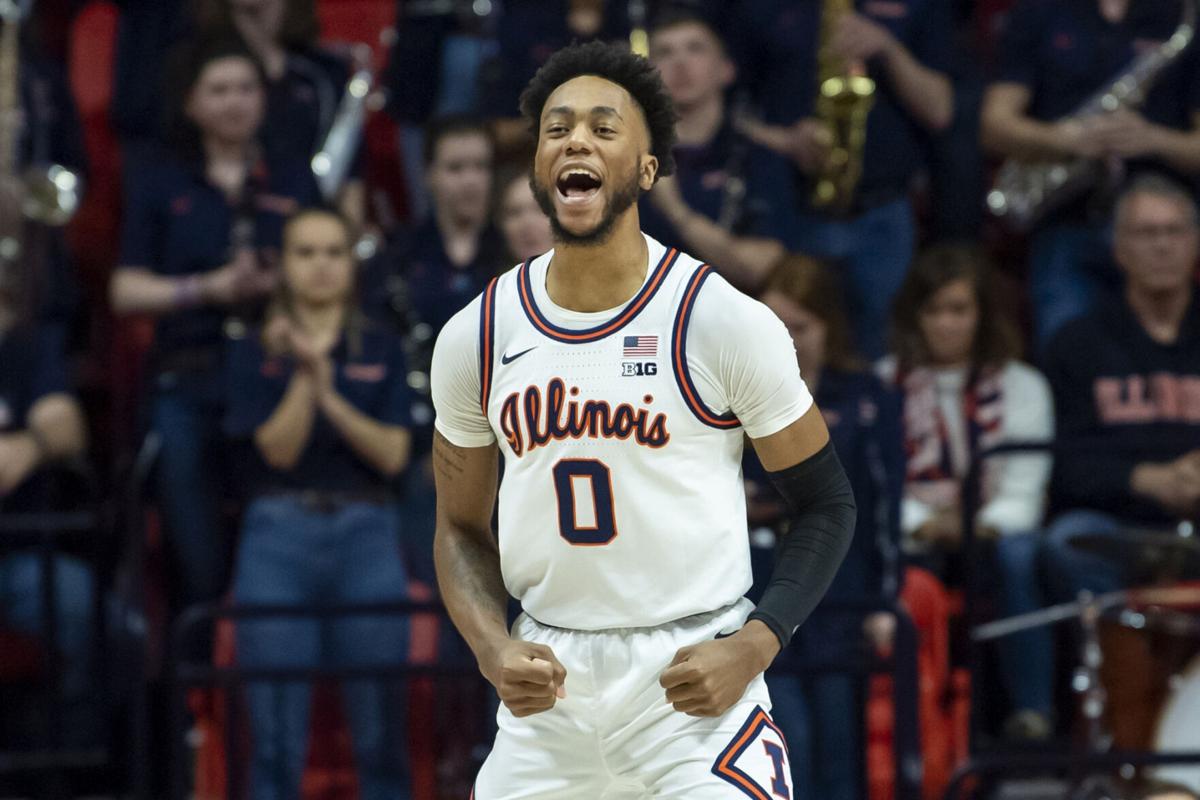 Illinois guard Alan Griffin reacts during the first half against Northwestern on Jan. 18 in Champaign, Illinois. Patrick Gorski/USA TODAY Sports 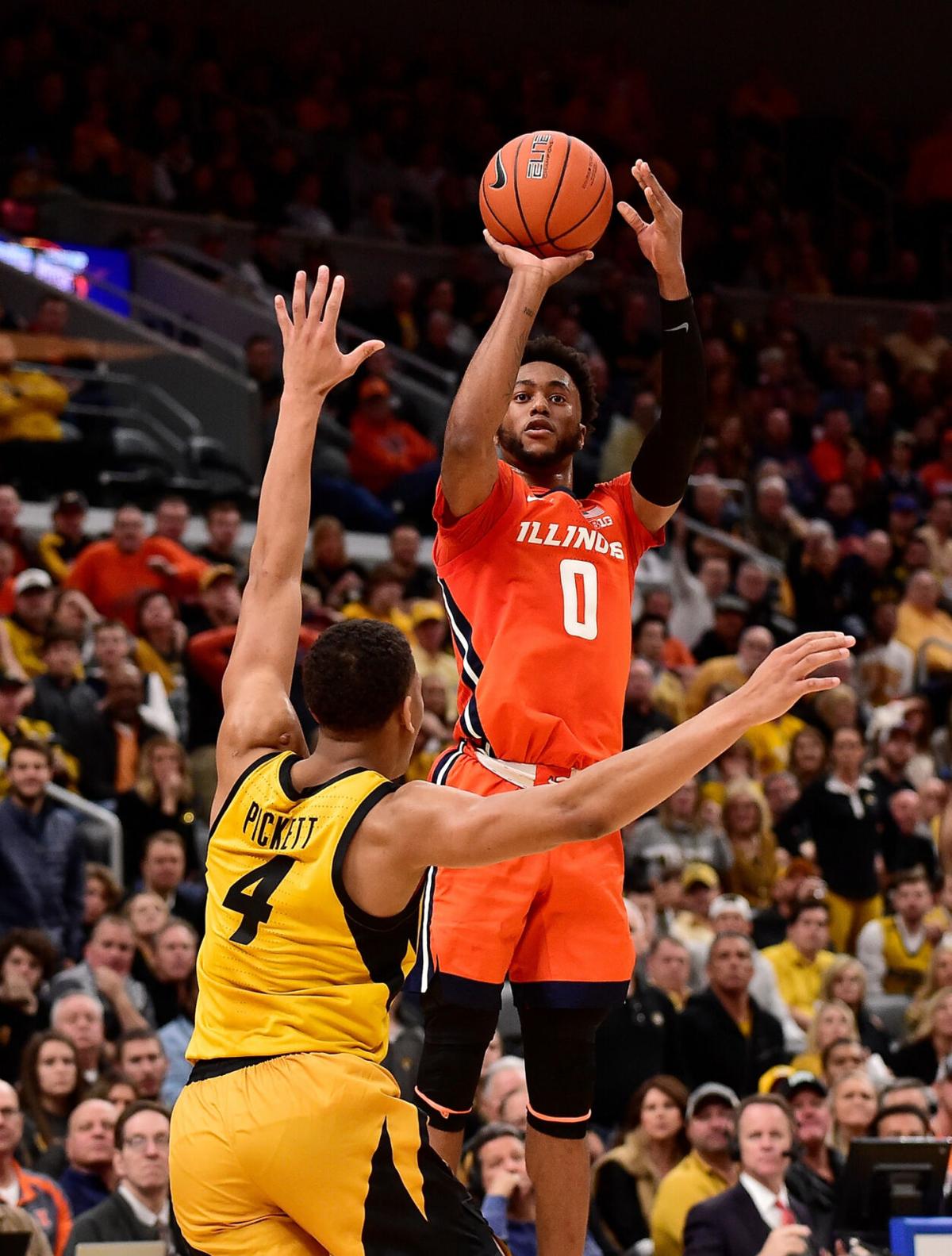 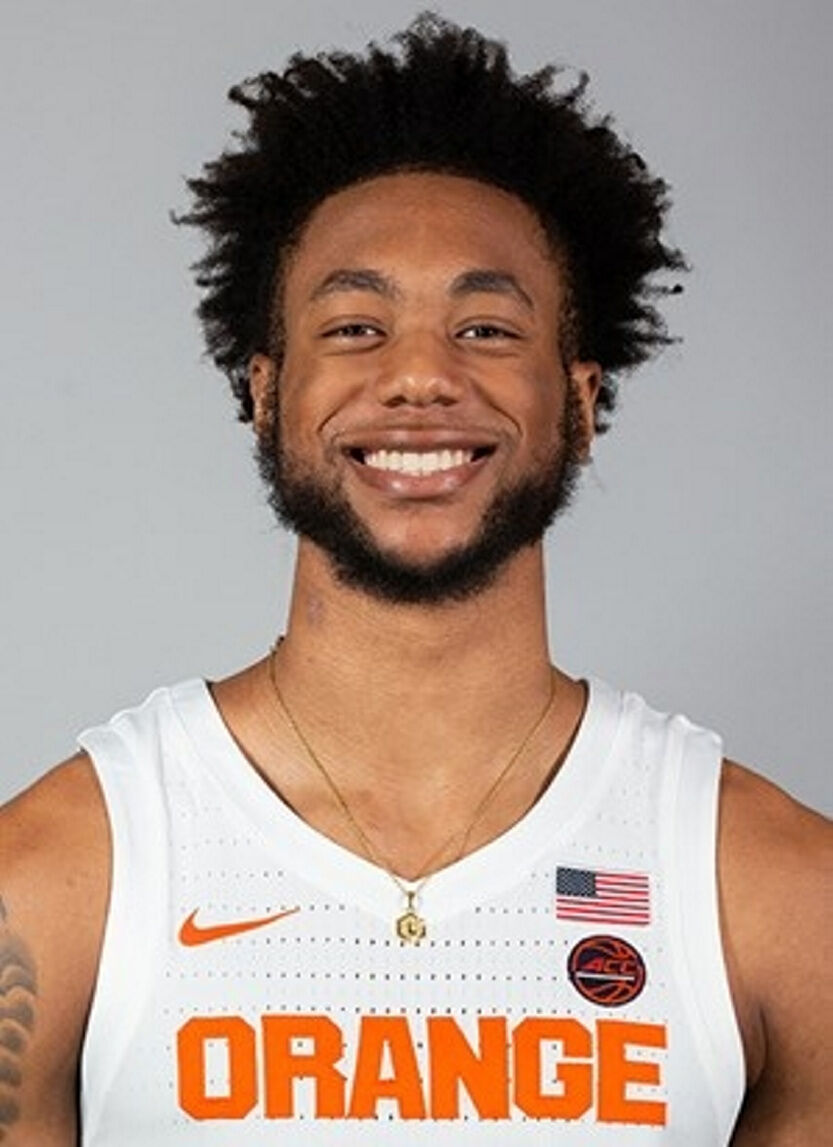 Illinois guard Alan Griffin reacts during the first half against Northwestern on Jan. 18 in Champaign, Illinois. Patrick Gorski/USA TODAY Sports

Alan Griffin chose Syracuse University as his transfer destination to prove he can provide more than 3-point shooting, and the Orange aims to benefit if the junior seizes that opportunity.

The 6-foot-5, 190-pound junior wing is expected to immediately slide into a key spot when the SU men’s basketball team opens the upcoming season at 3 p.m. Friday in a nonconference game against Bryant in the Carrier Dome. Spectators are not yet permitted due to state coronavirus regulations.

The Orange has been on pause since last Sunday due to coach Jim Boeheim and one other member testing positive for COVID-19. On Saturday, a team official confirmed that Boeheim had completed his quarantine requirements and while they had yet to establish when practice will resume, SU remained hopeful of playing the season opener as scheduled.

Griffin intends to fill a versatile role in his first season with the Orange, which returns five of the top six players from last year’s rotation and was selected to finish sixth in the Atlantic Coast Conference Preseason Media Poll.

Griffin announced plans to transfer after two seasons at Illinois and joined SU in April. He enrolled for summer courses and was granted an NCAA waiver of immediate eligibility on Aug. 18. The chance for a more prominent and diverse position was the deciding factor, according to Griffin, who was also reportedly pursued by Duke, Pittsburgh, and Miami (Fla.) in the ACC.

The opening for a well-rounded playmaker is ever present for SU after losing All-ACC selection Elijah Hughes, who scored 19 points per game to lead the conference last year and was selected No. 39 overall in the NBA Draft last week.

“That’s why I chose Syracuse, to be able to be utilized on ball more,” Griffin said. “We just talked, and it really matched up accordingly to what I wanted. ... Obviously, we just lost a big piece, and just gaining another big piece.”

Griffin averaged 8.9 points, 4.5 rebounds, and 18.1 minutes across 28 games last season, including one start, for the Fighting Illini. He made 47 total 3-pointers and led the team while ranking fifth in the Big Ten for 3-point field goal percentage (.416) to go with marks of .483 from the field and .861 on free throws.

The Ossining native from a talent-rich gene pool ranked sixth nationally in offensive efficiency rating by KenPom last year and was also top 15 in the Big Ten for both offensive and defensive rebounding rates.

Griffin credited SU assistant coach, Gerry McNamara, among others for working to help expand his game with the ball in his hands since mostly socially-distanced workouts started this past summer.

“G-Mac has helped me and Kyle Feldman has helped me just seeing where I can attack and be where I’m able to use moves in-game on the court,” Griffin said. “That’s pretty much just showing that I can do more than just shoot the 3-(pointers). I’m going to surprise a lot of people with that.”

Jim Boeheim already sees far more than a shooting specialist and credited Griffin’s energy and hustle during preseason practices, while emphasizing the importance of adding a proven college player.

The Hall of Fame coach entering his 45th season at the helm compared Griffin’s approach to former SU fan favorite, Baya Moussa Keita, who played from 2011-14.

“If you remember Baye, he was in every play, wherever the play was, he was in it, and I haven’t seen that many perimeter players that have that kind of motor where every play he’ll go after a rebound from 20 feet away and go get it above the rim, or a loose ball from 25 feet away,” Boeheim said.

“(Griffin) is a huge motor guy, he’s after stuff, and then he’s still a skill player,” he added. “He shoots the ball well and makes plays, so he’s highly-skilled, ball-handling and penetration is what he’s working on, but I usually don’t use the words like high-motor guy, but he’s that guy. He gets involved in a lot of different things.”

Griffin developed his relentless energy growing up as part of a decorated family of athletes, which does not include SU assistant coach, Allen Griffin as they are unrelated.

The junior wing is the son of former Seton Hall standout, Adrian Griffin, who played a decade in the NBA and works now as an assistant coach for the Toronto Raptors. His mom, Audrey, was a college track star for the Pirates.

“From my experience, don’t take a play off and just compete and go hard, that’s something I already had before going (to Illinois), just competing and playing hard,” Griffin said.

Syracuse finished 18-14 overall and 10-10 in the ACC last year, advancing to the quarterfinals of the conference tournament before it was halted due to COVID-19. The Orange tied for sixth in the ACC and posted a winning record for the 50th straight season to extend the nation’s longest active streak.