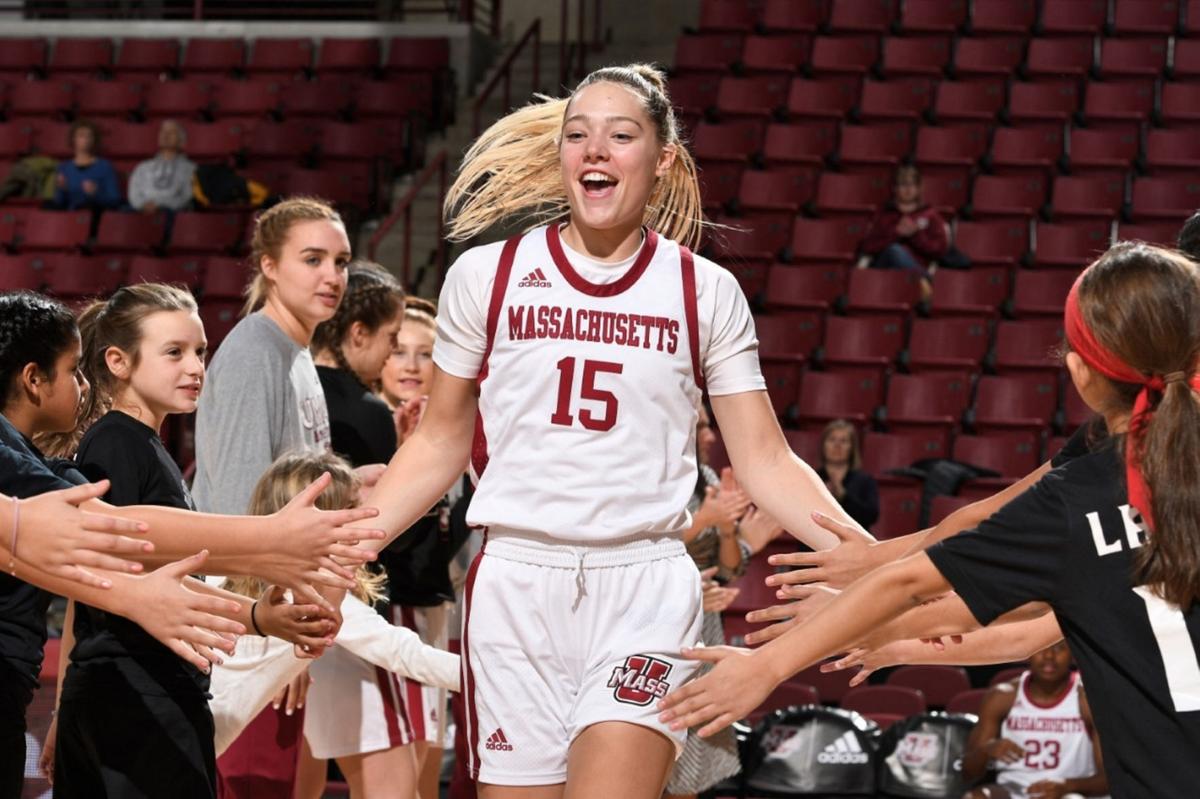 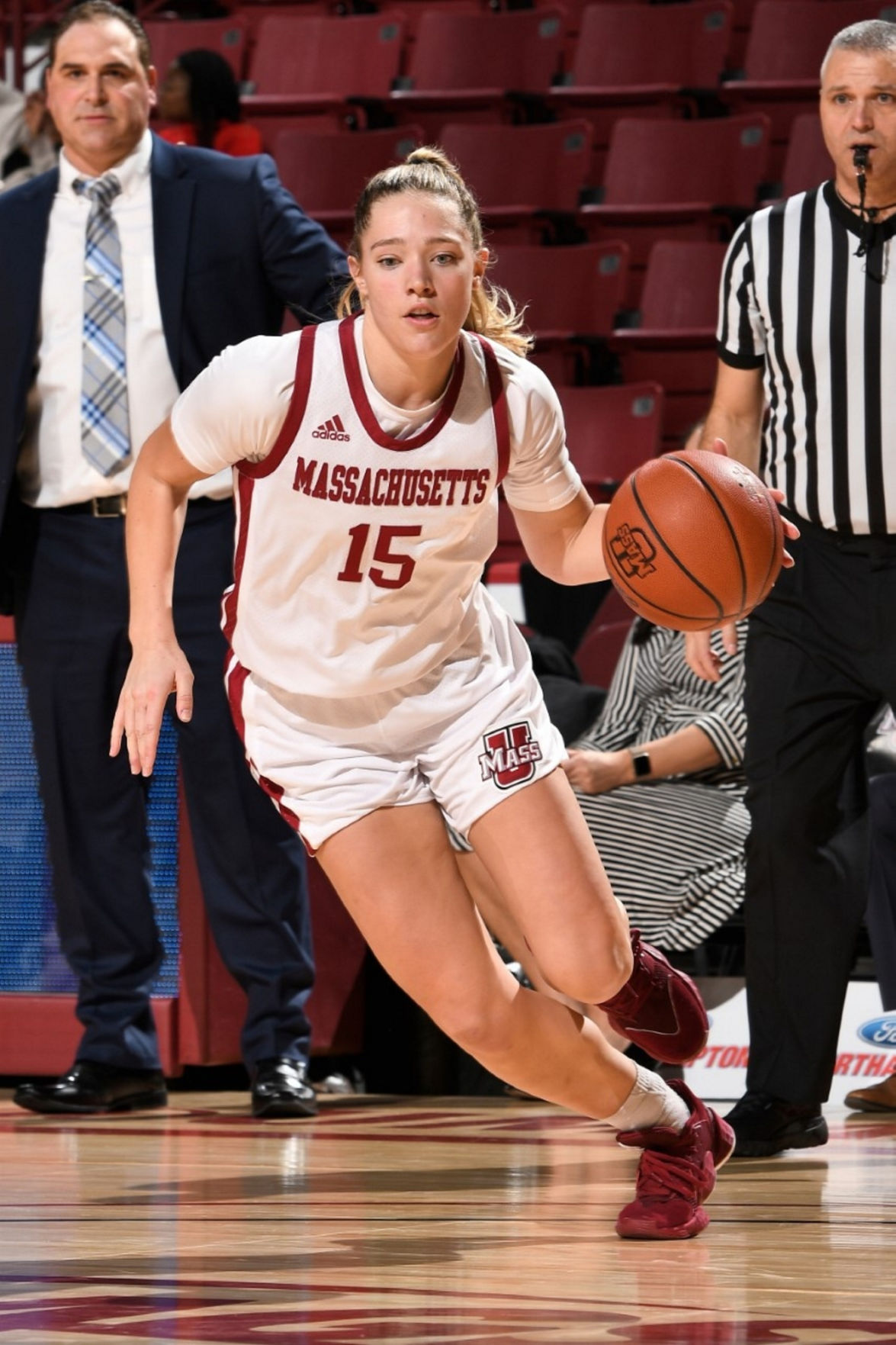 Paige McCormick is averaging eight points per game and has started all of UMass’ games so far this season. Thom Kendall/UMass Athletics 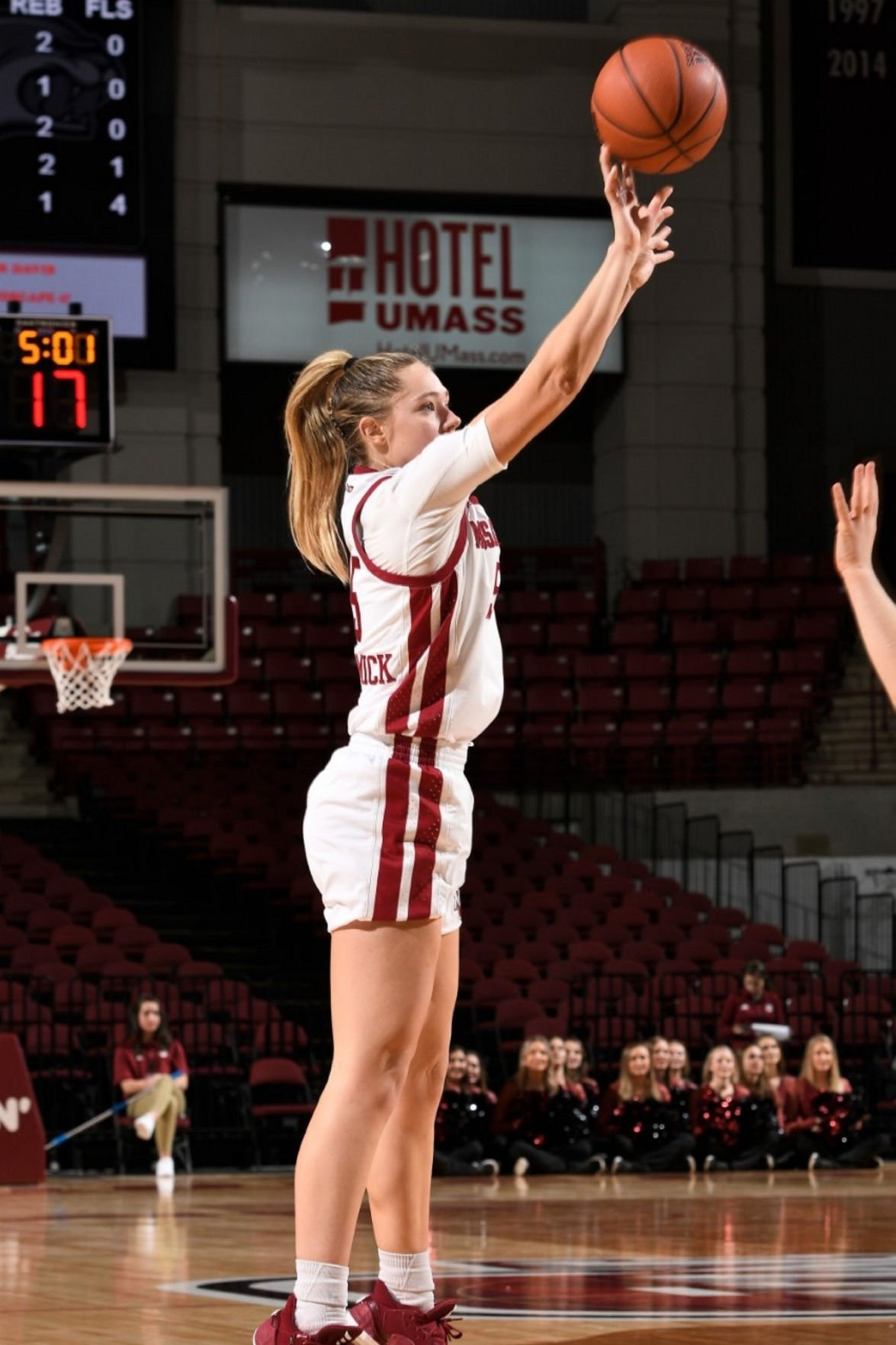 Heuvelton’s Paige McCormick has helped UMass to a 14-4 record, its best performance in her three years with the team. Thom Kendall/UMass Athletics 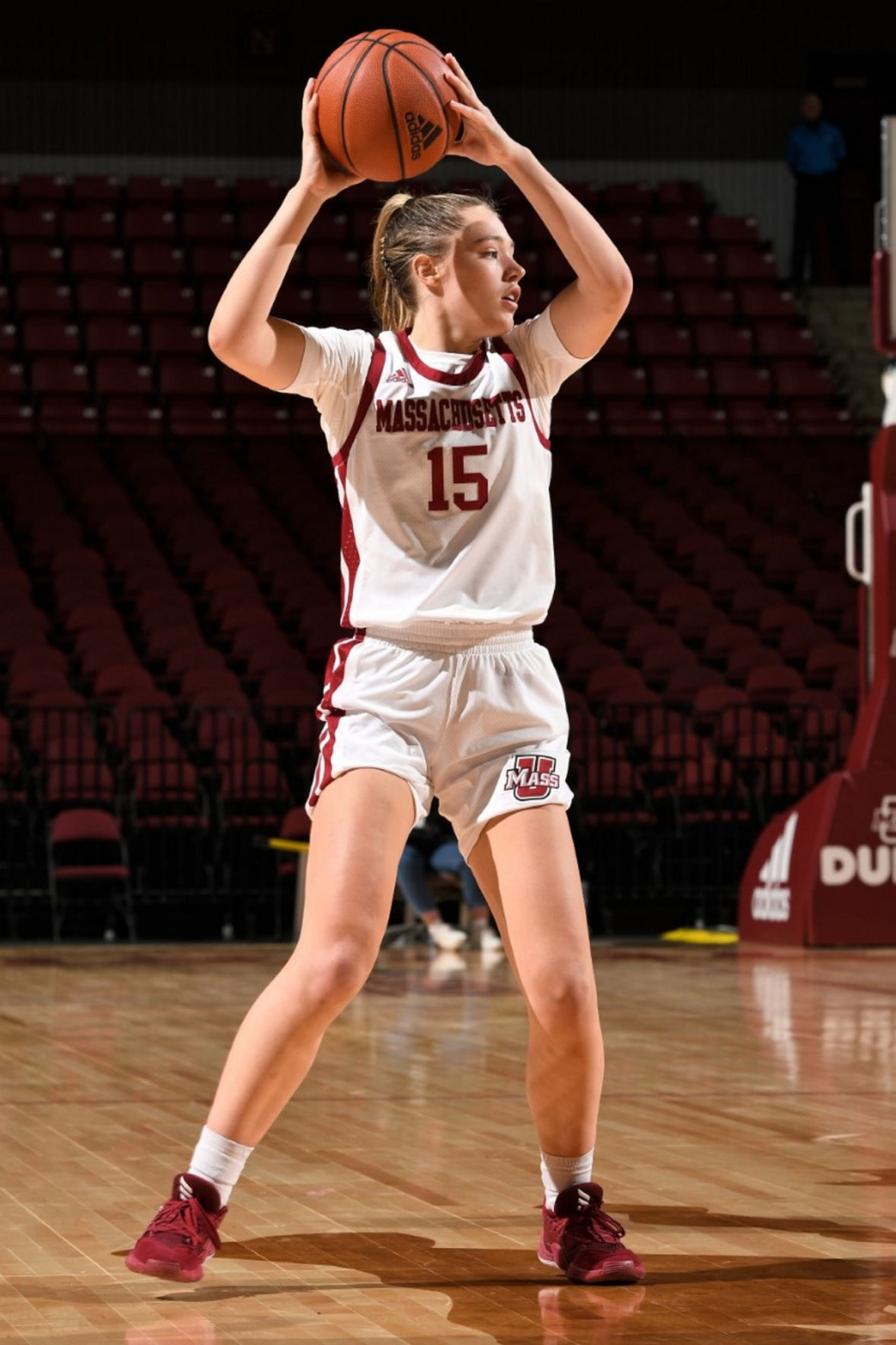 Paige McCormick is averaging eight points per game and has started all of UMass’ games so far this season. Thom Kendall/UMass Athletics

Heuvelton’s Paige McCormick has helped UMass to a 14-4 record, its best performance in her three years with the team. Thom Kendall/UMass Athletics

When University of Massachusetts women’s basketball coach Tory Verdi was recruiting Heuvelton’s Paige McCormick, he let her know right away that she was going to be the No. 15 player out of 15 players on his roster.

But Verdi wanted McCormick on his team because he knew the value she’d bring having led the Bulldogs to three state Class D championships.

Since that conversation, McCormick, a 5-foot-11 small forward who also plays guard, has become more valuable to the Minutewomen than Verdi ever envisioned, starting 40 of her first 67 career games.

She’s started all 18 games this season for UMass, and is averaging eight points and 5.2 rebounds for a team that is 14-4 overall and 4-1 in the Atlantic 10 conference.

“She came in and we did not have depth and we didn’t have a skill set, and Paige has an ability to score the basketball,” Verdi said. “In her freshman year she had opportunities. In her second year there was a maturation process that needed to take place and she didn’t play as much. She had to take a step back to take steps forward. She’s grown into a really good player for us. We didn’t recruit her to play these many minutes or to impact the program the way she’s impacting the program. I’m proud of her and her development.”

In McCormick’s first two seasons with the program, UMass went a combined 30-32, a far cry from the 98-6 record McCormick and her high school teammates registered in her last three years at Heuvelton.

“It’s been great,” McCormick said of this season. “This team is totally different from the two previous. We are all bought in. We all want to be in the gym all the time getting better. It’s a different vibe, it’s just a winning vibe.”

That winning vibe is exactly what Verdi hoped McCormick could help bring to UMass.

“She’s a competitor,” Verdi said. “That’s why we wanted her. I want kids who want to win and winning is important. The kid is going to compete and that’s what makes her so valuable.”

With Heuvelton, McCormick had played with the same players from elementary school to graduation. Joining UMass meant not only moving away from home but also getting to know a whole new family.

A preseason trip to Portugal helped McCormick to know her teammates better and feeling at home in Amherst, Mass.

“That trip to Portugal was the most beneficial thing for us,” McCormick said. “It made us feel more like a family.”

McCormick has returned to the starting lineup as a junior and has been an important part of UMass’ best start in Verdi’s time as head coach.

“She’s playing small forward and when bigger players have to go out and defend her she can use her guard-like skills to go by them,” Verdi said. “She has a ton of versatility and we are taking advantage of that. She’s a great shooter. She plays within her game and she understands her role.”

Even though she arrived two years ago expecting to sit on the bench, McCormick found herself starting 20 of 29 games her first year as she learned to adapt to the NCAA Division I college game.

“I had to become quicker, especially on defense,” McCormick said. “In the north country I didn’t have to play defense. My release on my shots has to be quicker. That’s something I have to work on.”

McCormick averages 28.4 minutes this year, but she’s also been valuable to UMass when she rests on the bench due to her enthusiasm.

“Her energy becomes infectious,” Verdi said. “All that is extremely important. Even if you may not be in the game, you are still in the game, regardless. She does a great job of getting excited for her teammates.”

The immediate goal for UMass is to win an Atlantic 10 title and earn a spot in the NCAA Tournament.

McCormick will have another year after this one and also is considering altering her post-college plans.

“I always wanted to be a speech therapist,” McCormick said. “I’m a public health major and the last few classes I’ve taken kind of opened my eyes to how diverse that major is. I’ve thought about global health. If I want to travel that is an avenue I could look into, to go and educate people on health. That would be cool for me and learning about other countries.”