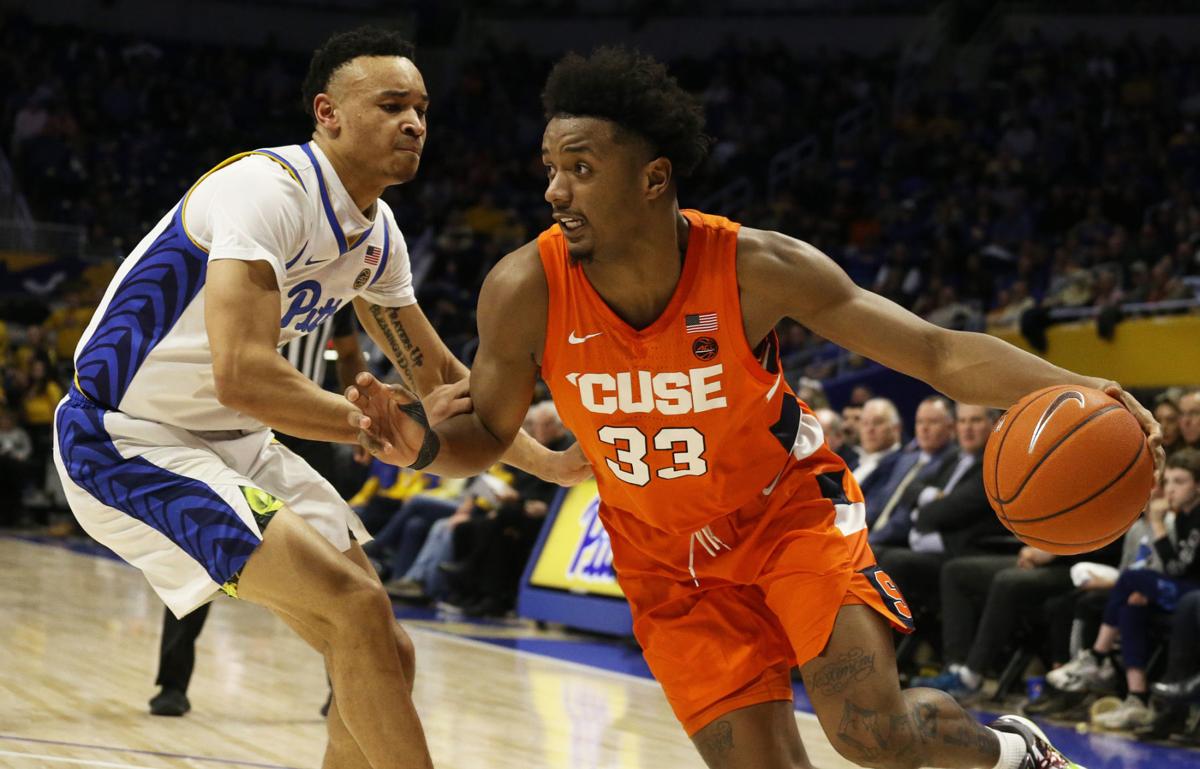 Syracuse forward Elijah Hughes, right, drives to the basket against Pittsburgh guard Trey McGowens during the first half of Wednesday’s game at the Petersen Events Center in Pittsburgh. Charles LeClaire/USA TODAY Sports 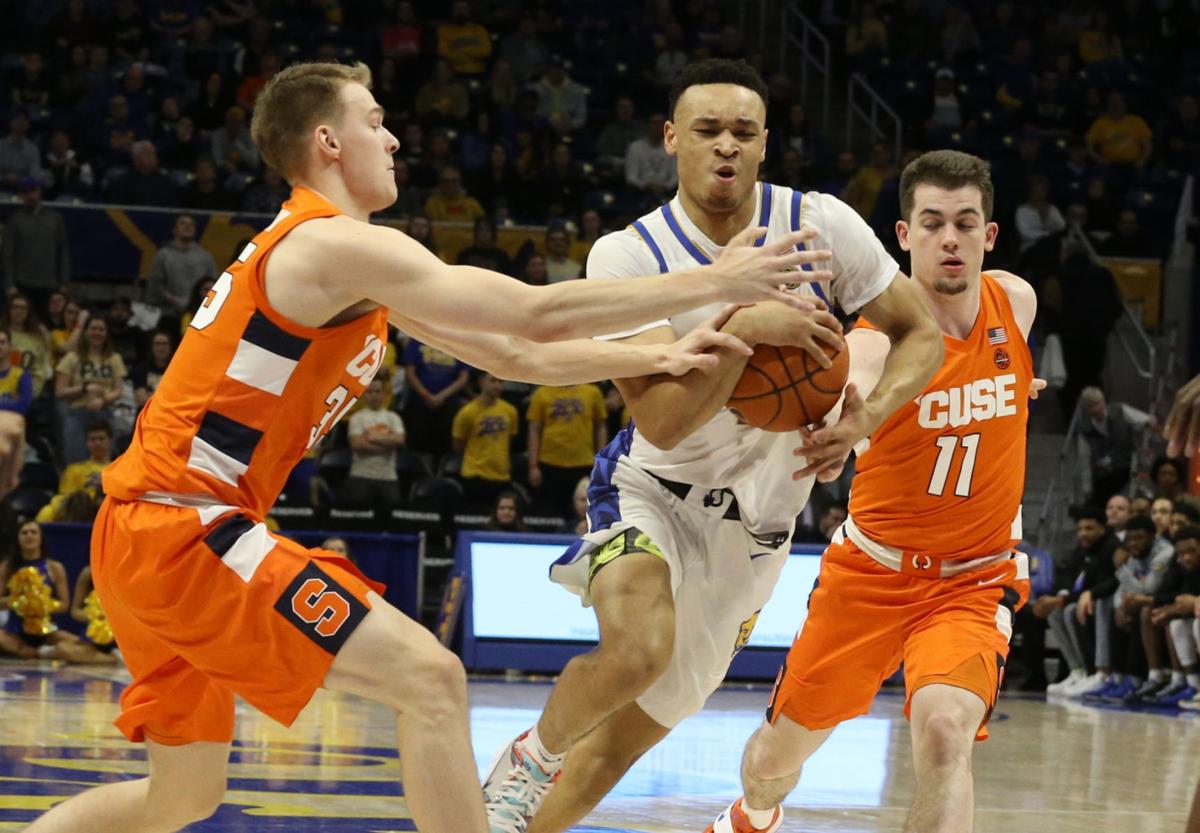 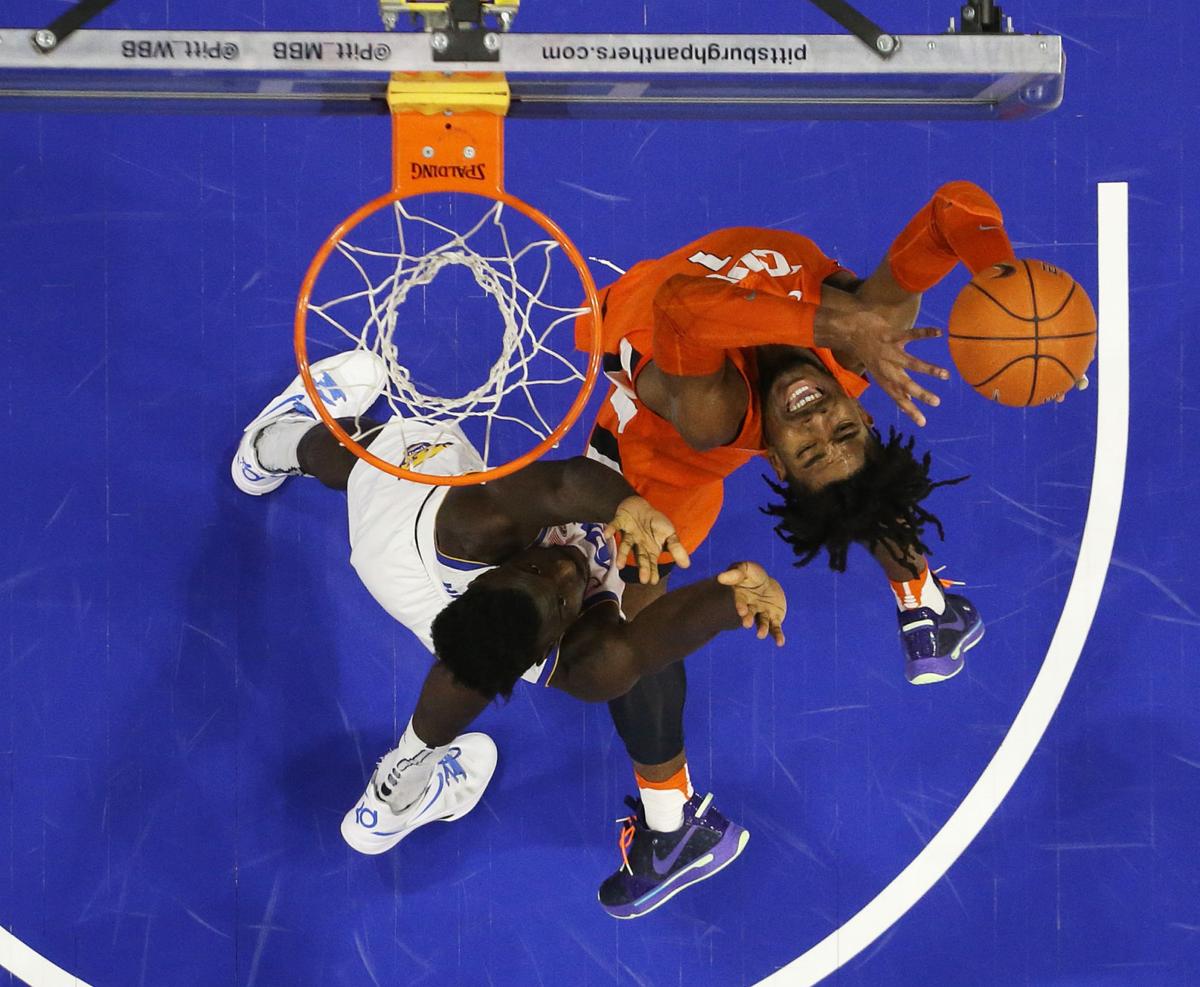 Syracuse forward Elijah Hughes, right, drives to the basket against Pittsburgh guard Trey McGowens during the first half of Wednesday’s game at the Petersen Events Center in Pittsburgh. Charles LeClaire/USA TODAY Sports

Elijah Hughes, the Atlantic Coast Conference’s leading scorer, delivered a game-high 25 points and matched a season-high with nine rebounds to pace Syracuse to a 72-49 road victory over Pittsburgh on Wednesday night.

Bourama Sidibe recorded a season-high 13 points with 10 rebounds, four blocks and five steals for the Orange (16-12, 9-8 ACC), which helped its case for an NCAA Tournament at-large bid with the convincing road victory.

Pittsburgh (15-14, 6-12) dropped its fifth game in a row despite receiving 13 points and a career-high 17 rebounds from freshman forward Justin Champagnie. The Panthers shot just 29.1 percent from the field while committing 17 turnovers, five more than their average.

Panthers coach Jeff Capel started lightly used seniors Samson George, Eric Hamilton and Anthony Starzynski for Pitt’s final home game of the season, which got off to a slow start for both sides. The Panthers owned a 9-8 lead eight minutes in before Hughes and Sidibe took control. They combined for 20 of Syracuse’s first 24 points.

Ryan Murphy banked a 3-pointer to pull Pitt within 24-19 with 5:55 left in the first half, but Syracuse’s zone continually confounded the Panthers. Syracuse scored the next nine points — helped by a technical foul on the Pitt bench that led to two Girard free throws — to take a 37-21 halftime lead. Hughes (16 points) and Sidibe (11 points) outscored the Panthers by themselves.

Sidibe picked up his third and fourth fouls early in the second half and left the floor with 16:40 left and Syracuse leading 44-28. While he left the game, Girard started sinking 3-pointers from increasingly farther spots on the floor. He buried three 3-pointers in less than three minutes to push the Orange’s lead to 60-37 with 11 minutes to go.

Syracuse starting guard Buddy Boeheim sprained his left ankle while committing a charge with 5:32 left in first half and did not return.

The Orange will play next at 4 p.m. on Saturday against North Carolina at the Carrier Dome, before playing at Boston College on March 3 and at Miami on March 7 to conclude the regular season.