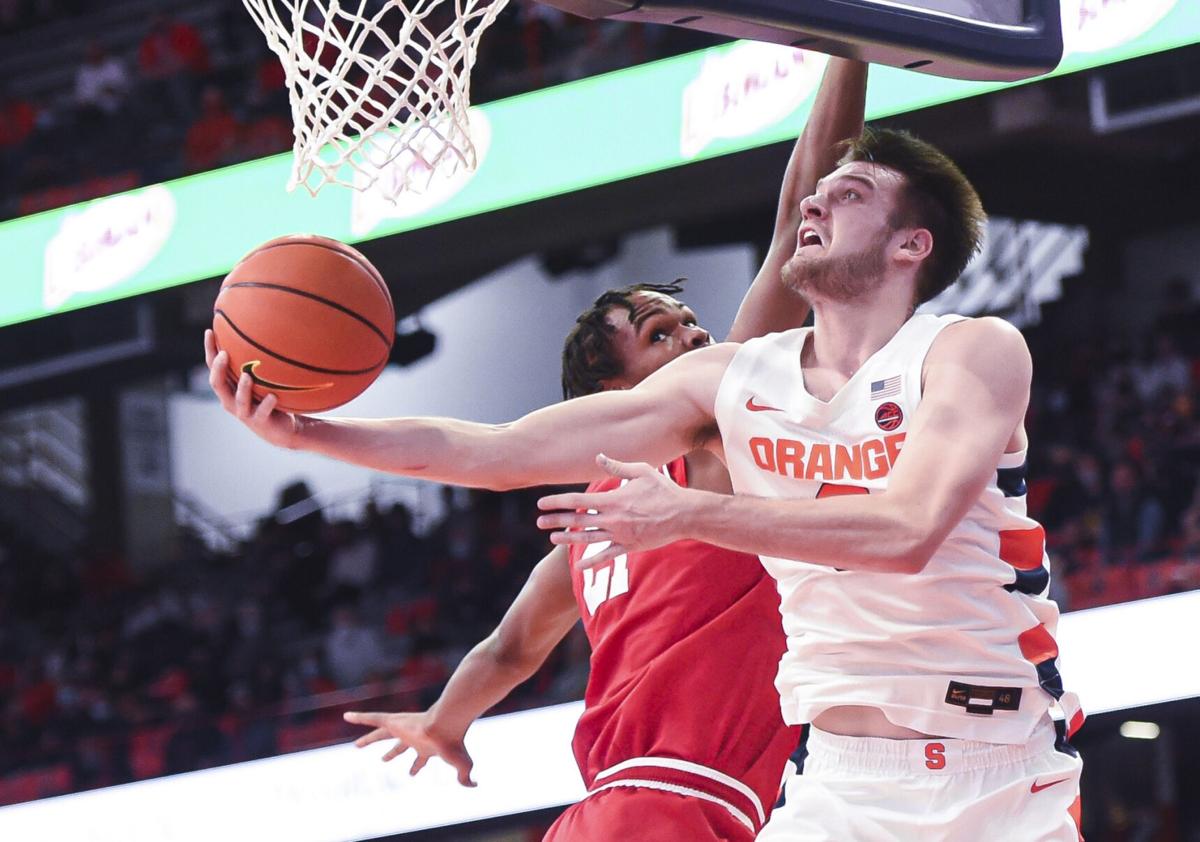 Syracuse forward Jimmy Boeheim, right, goes for a layup in the first half during Wednesday’s game against Cornell at the Carrier Dome. N. Scott Trimble/Syracuse.com pool photo 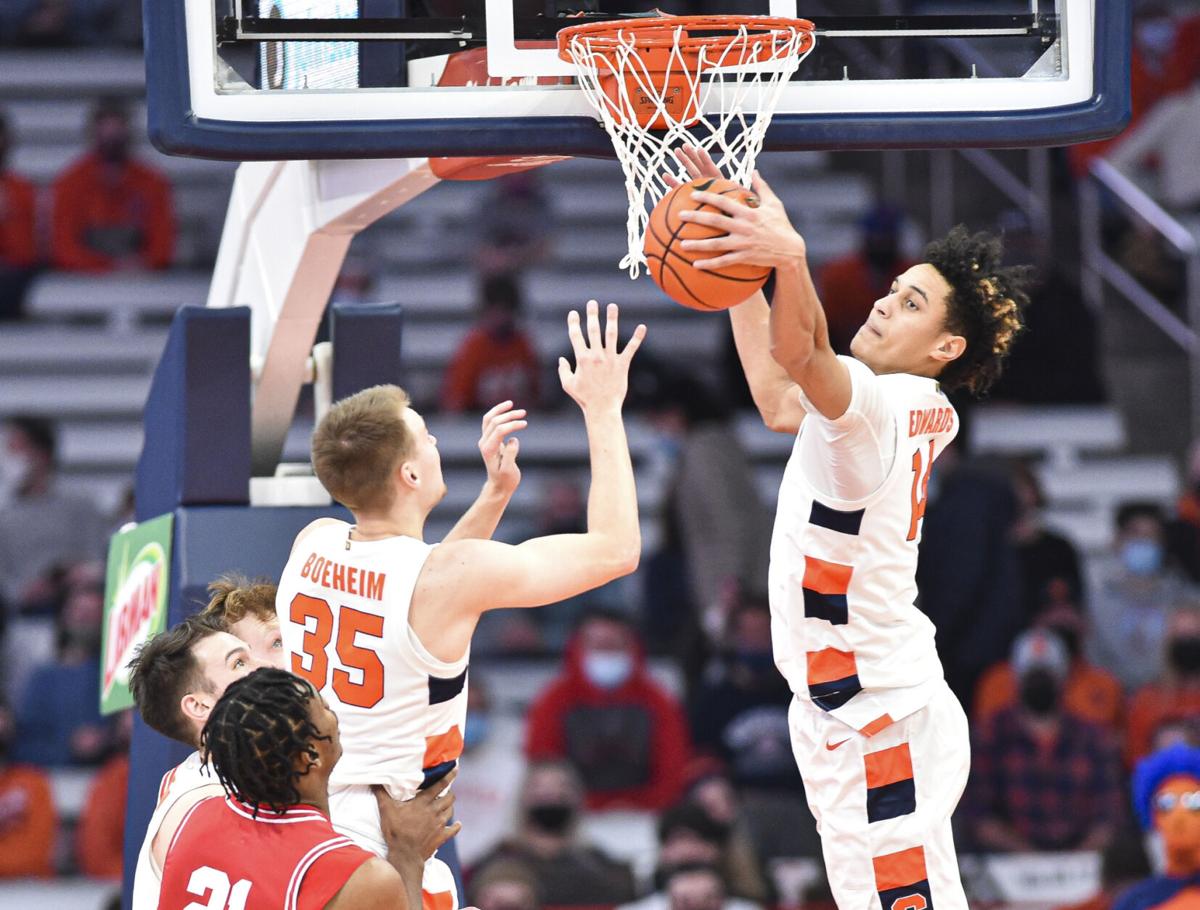 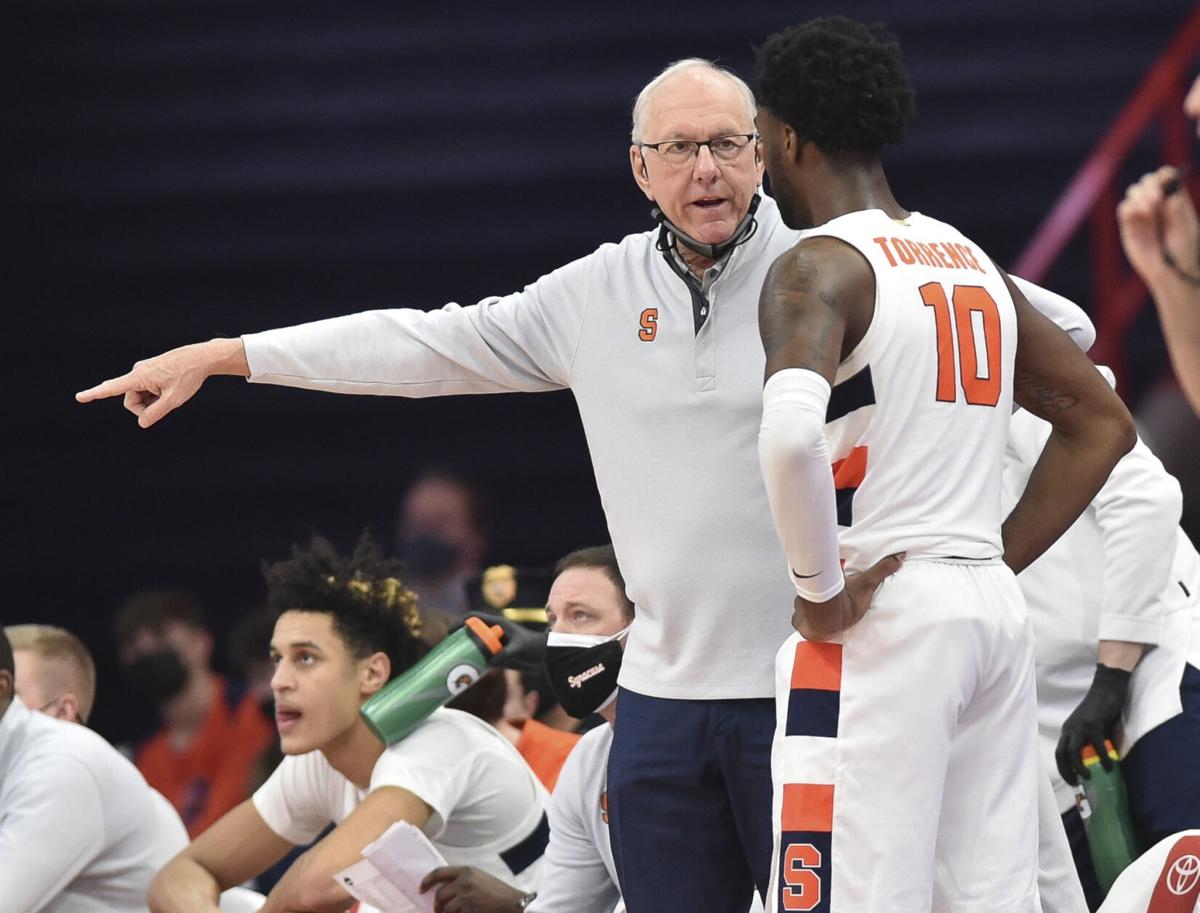 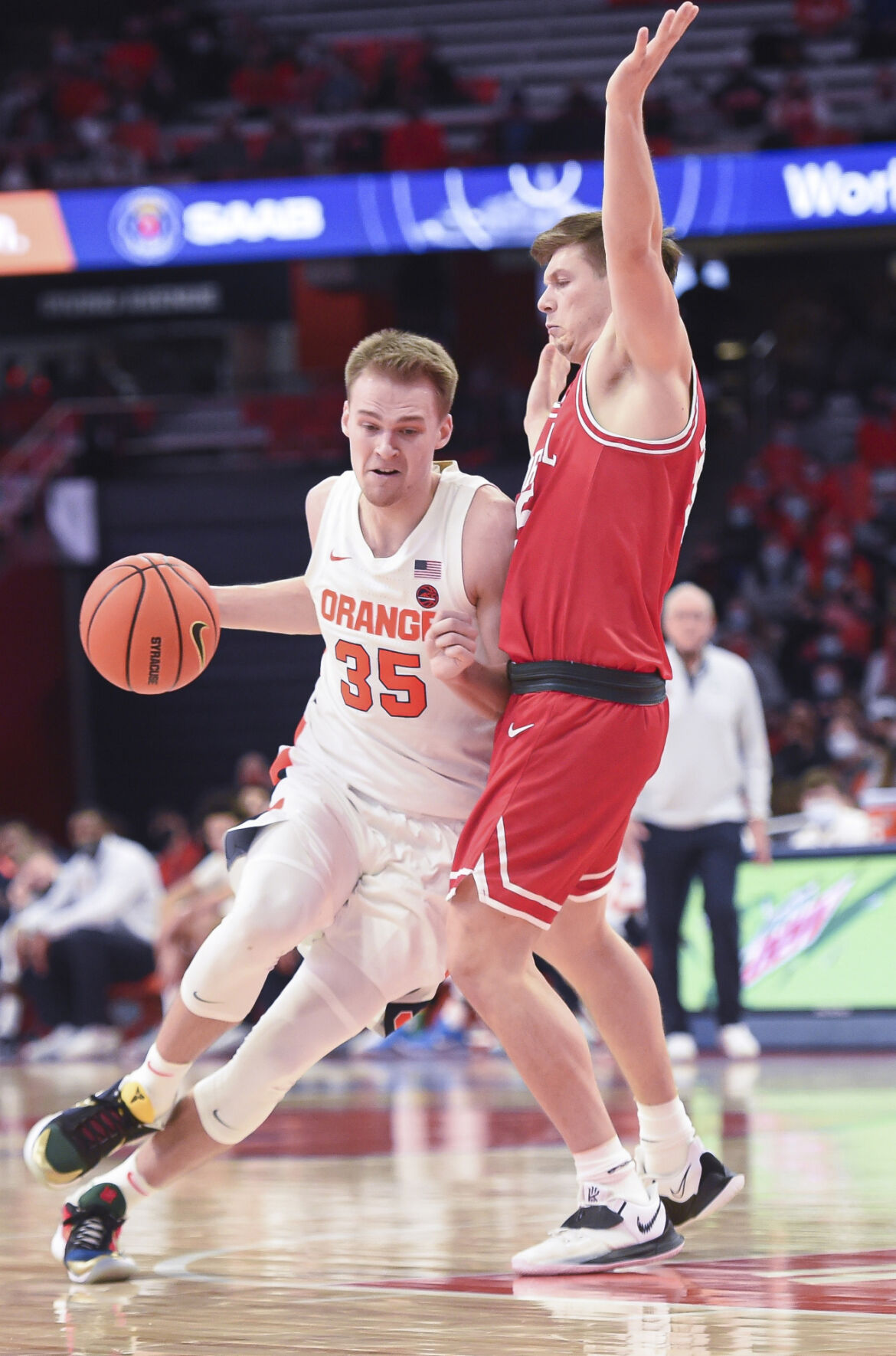 Syracuse forward Jimmy Boeheim, right, goes for a layup in the first half during Wednesday’s game against Cornell at the Carrier Dome. N. Scott Trimble/Syracuse.com pool photo

The graduate senior forward scored 16 points as one of four players in double figures as the Orange overcame a lackluster performance to pull away for the 80-69 nonconference men’s basketball victory over the Cornell Big Red in front of an announced crowd of 15,579.

Buddy Boeheim scored 22 points and Cole Swider added a season-high 21 for Syracuse (7-5 overall), which wrapped up nonconference play and will next host Virginia at 6 p.m. Saturday in the same location.

The Orange-Cavaliers tip time was moved up two hours by the Atlantic Coast Conference earlier in the day Wednesday and will be televised on the ACC Network.

Jimmy Boeheim went 8-for-12 from the field and added seven rebounds in the outing against Cornell, where he played his first three seasons before transferring to finish his college career playing under his dad and 46th-year SU coach, Jim Boeheim.

“You try to treat it like any other game but it’s definitely a little weird,” Jimmy Boeheim said.

Jimmy Boeheim scored on a hook shot with about three minutes left in the first half to extend SU’s advantage to 30-19 and become the first to reach double figures but left soon after when appearing to hurt his shoulder going for a rebound.

He grimaced leaving the court and went straight to the locker room but started the second half and played with no limitations down the stretch.

Jimmy Boeheim holds a business degree from the Ivy League institution and as a junior in 2019-20, led Cornell with averages of 16.7 points and 5.6 rebounds per game, along with 31 total 3-pointers.

He scored 25 points for Cornell in its last game against SU on Nov. 20, 2019. The Big Red did not play last season after the Ivy League cancelled the campaign due to COVID-19 concerns.

“Jimmy learned a lot down there,” SU coach Jim Boeheim said. “We’re glad he was on our side today. I thought he was really good on both ends of the court.”

Cornell trailed the entire game after SU opened on a 17-2 surge, but ultimately cut its deficit to 38-35 with 17 minutes and 35 seconds left. Swider eventually scored eight straight points to help SU pull away to a 56-43 edge with 13 minutes left and the Orange held on through the finish.

Keller Boothby scored 20 points to lead Cornell (8-3) and went 6-for-11 on 3-point field goals. Guy Ragland Jr. added 16 points and contributed a 4-for-8 mark from deep. Cornell went 15-for-46 on 3-pointers and 70 percent of their total shot attempts came from behind the arc.

Syracuse claimed its 41st straight victory over Cornell dating back to 1968. The Orange shot 56 percent overall and scored 40 points in the paint but matched a season-worst performance with 16 turnovers.

Junior center Jesse Edwards scored 11 points but fouled out in 27 minutes, and Joe Girard III was limited to five points on 2-for-7 shooting to go with five turnovers for the Orange.