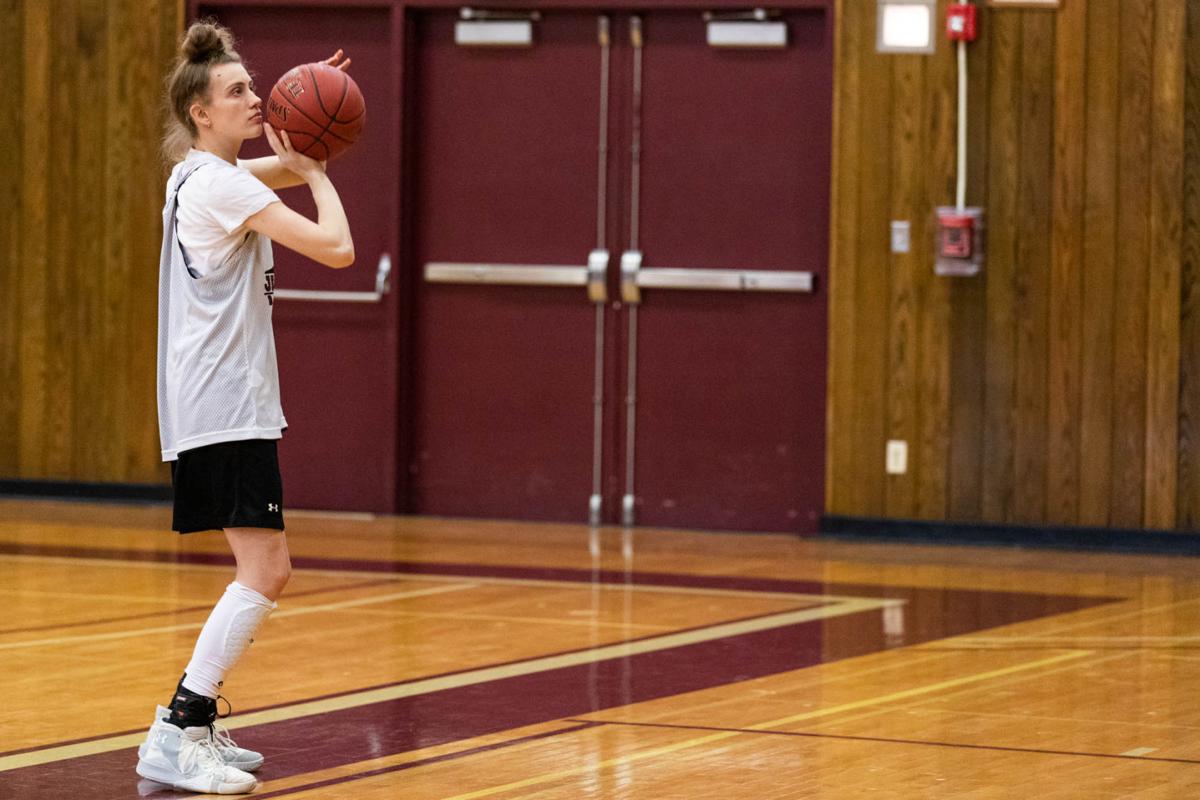 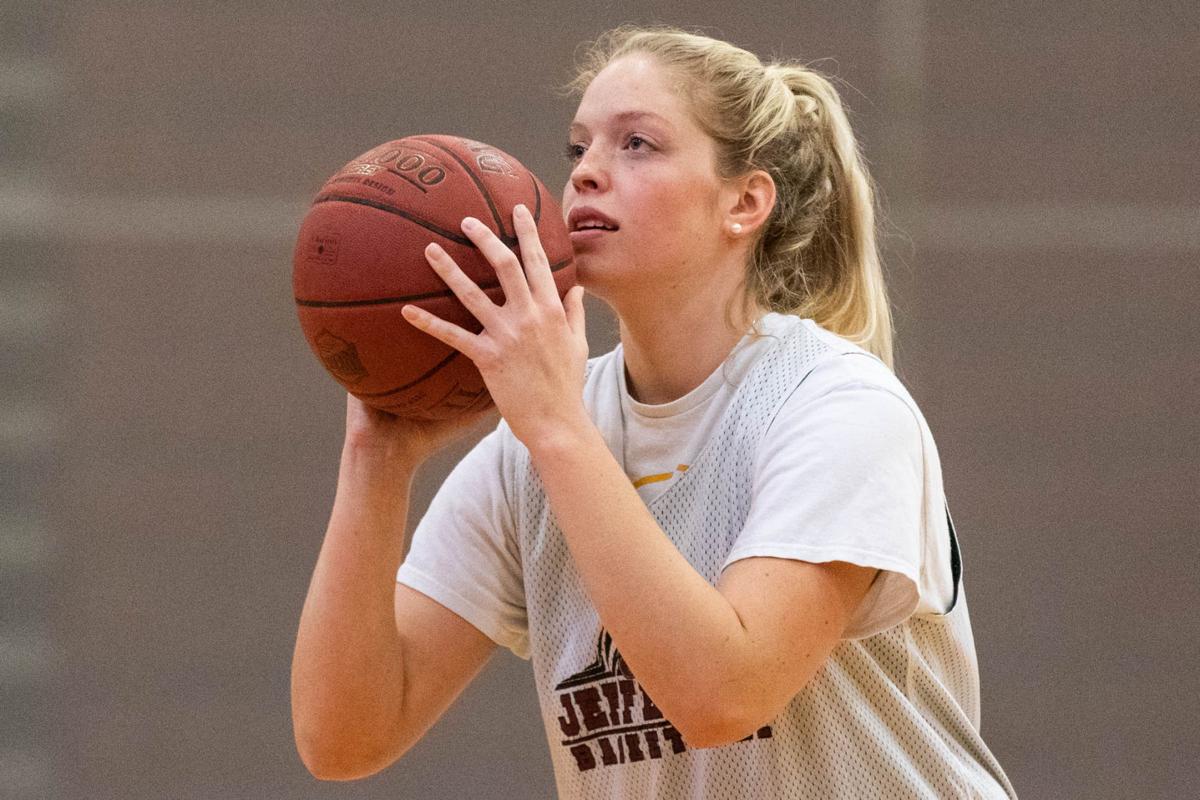 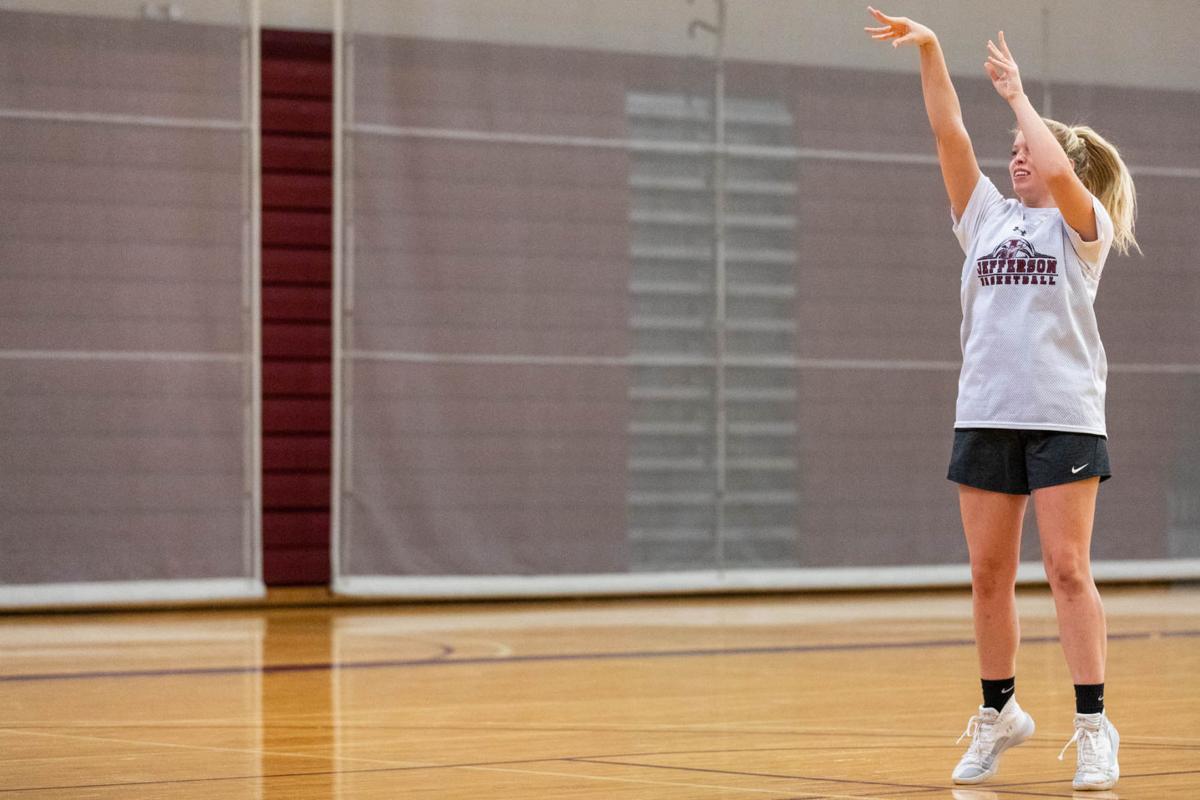 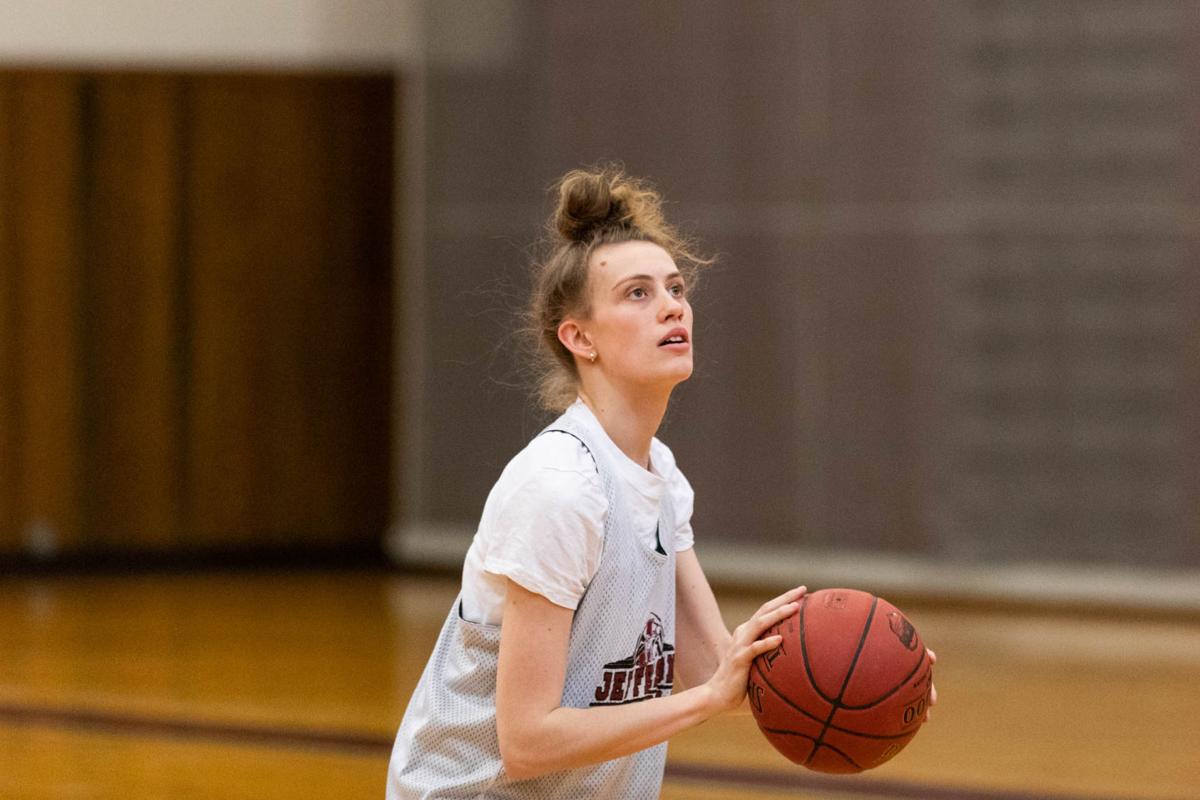 WATERTOWN — They call themselves the big three. Ashlyn Eyles, Chelsey Raven and Alyson Crosby play more basketball per game than any opponent in Region 3 this season, catapulting the Jefferson Community College women’s basketball team to a 13-8 record and a first-round bye in the upcoming playoffs.

With only seven girls on the roster, practice is light. Wednesday’s lasted only an hour and was mostly basic dribbling and shooting drills to keep the team loose.

It’s important to stay fresh because come game day, the trio of sophomores along with freshmen Bailey Zicari and Izzy Soluri will barely sit on the bench. Their participation is integral to JCC’s success.

Instead of succumbing to those challenges, JCC has thrived. Eyles, Raven and Crosby are all in the top 10 in points per game with Eyles leading the group with an average of 19. Crosby and Raven also are ranked in the top five in rebounds per game with Crosby securing 15.1 rebounds a game, the most in Region 3.

The group’s connection goes much further than the court though.

“If any one sees us around JCC, they’ll see us with each other,” Crosby said with a laugh.

Eyles, Raven and Crosby all played high school basketball in the north country and all were Times first teamers in 2018.

Playing together now with such a small roster in a way feels like a pickup game.

“Ally, Chelsey and I, if we could run the floor every single play we definitely would,” Eyles said. “Obviously with the short numbers it’s hard to run up and down every single time, because we don’t have many subs. Ally and Chelsey, they’re great at running the floor, especially if I get, I look up, I try to get it to them every single time.”

Coach Josh Woodward jokes that he’s gotten his degree in load management with the type of light practices he’s had to implement this season. Having Eyles, Raven and Crosby has made his life much easier come game day.

“As far as getting into game situations, they’ve been great with everybody,” Woodward said. “They have the experience and they all get along really well so they communicate with everything, which is huge. When we get down to X’s and O’s, they seriousness by them sets the tone for every body else.”

With their season record including a 9-3 record in the spring semester, the Cannoneers have transformed themselves into a team few others want to see in the playoffs.

“I think it’s very hard to stop our offense,” Raven said. “We all can score, so it’s hard to stop a team that has all scorers. Like coach says, no one really wants to play us right now, so I’m looking forward to the playoffs.”

Regardless of how well the Cannoneers are playing heading into the playoffs, their time is still limited. The big three, who won the Mid-State Athletic Conference finals last season, will soon be split up. According to Crosby, that only adds to the motivation of the next few weeks.

“It’s definitely emotional but I think it pushes us to try harder because we know any game can be our last,” Crosby said.

Before every game, Eyles makes sure to blast “She’s Country” by Jason Aldean and “Skateboard P” by MadeinTYO in the locker room. The big three will get to listen to it at least one more time, maybe more.

The Jefferson Community College men’s team will begin its Region 3 playoffs this Saturday in Watertown, the opponent is still unknown. The Cannoneers defeated Broome Community College in the final game of the regular season on Tuesday, snapping a two-game losing streak.

They’re currently 15-8 overall, including 7-5 in the spring semester. Isaiah Murphy is leading JCC in scoring with 14 points per game.