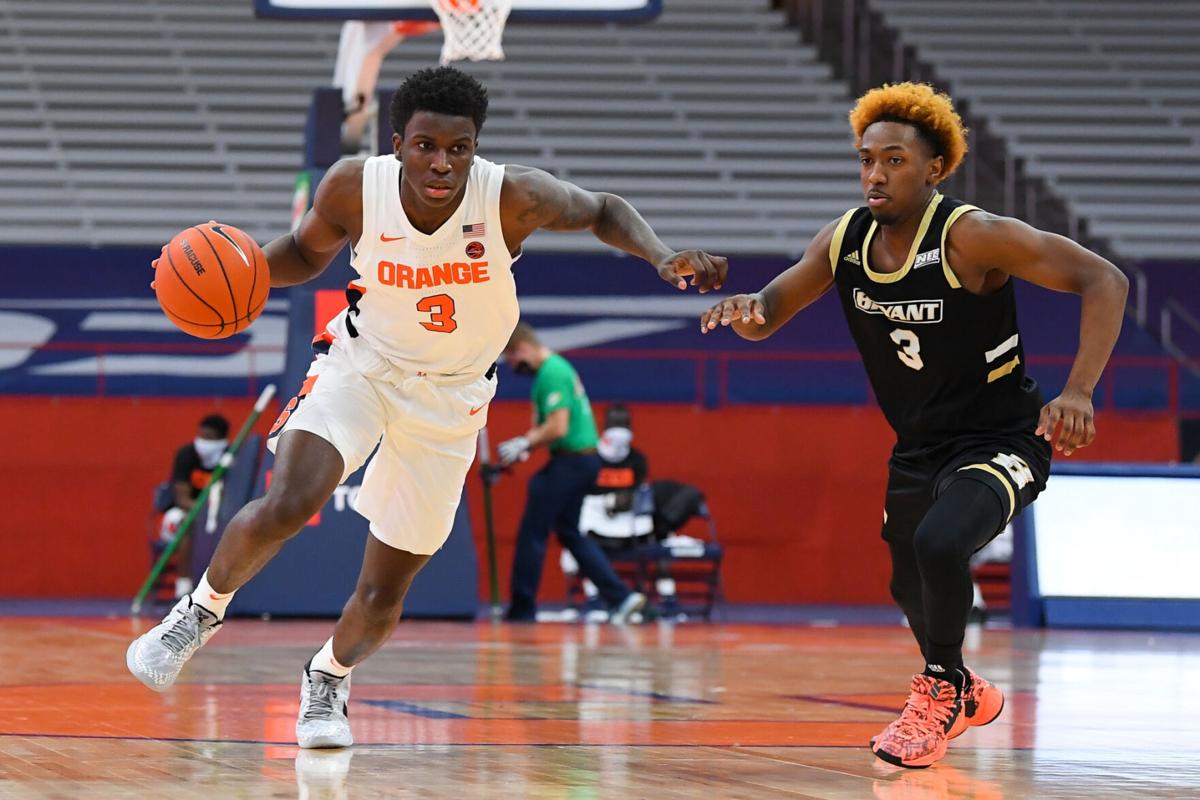 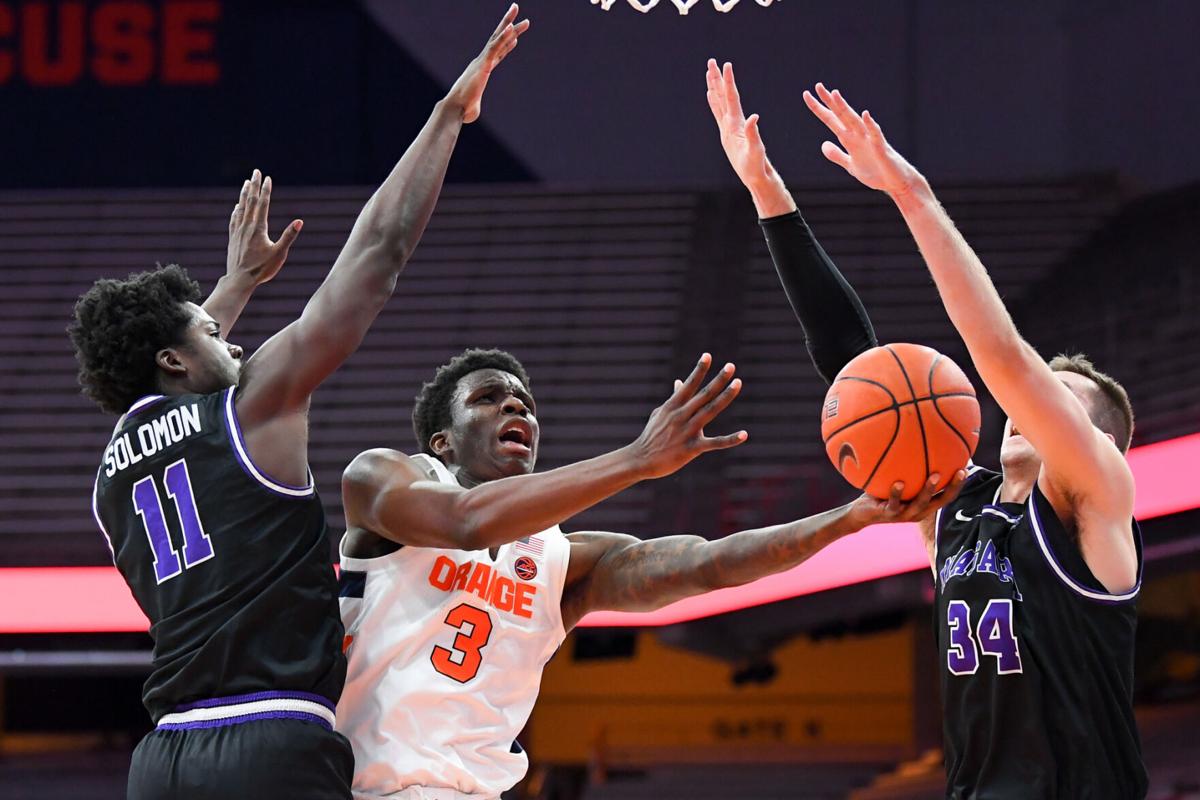 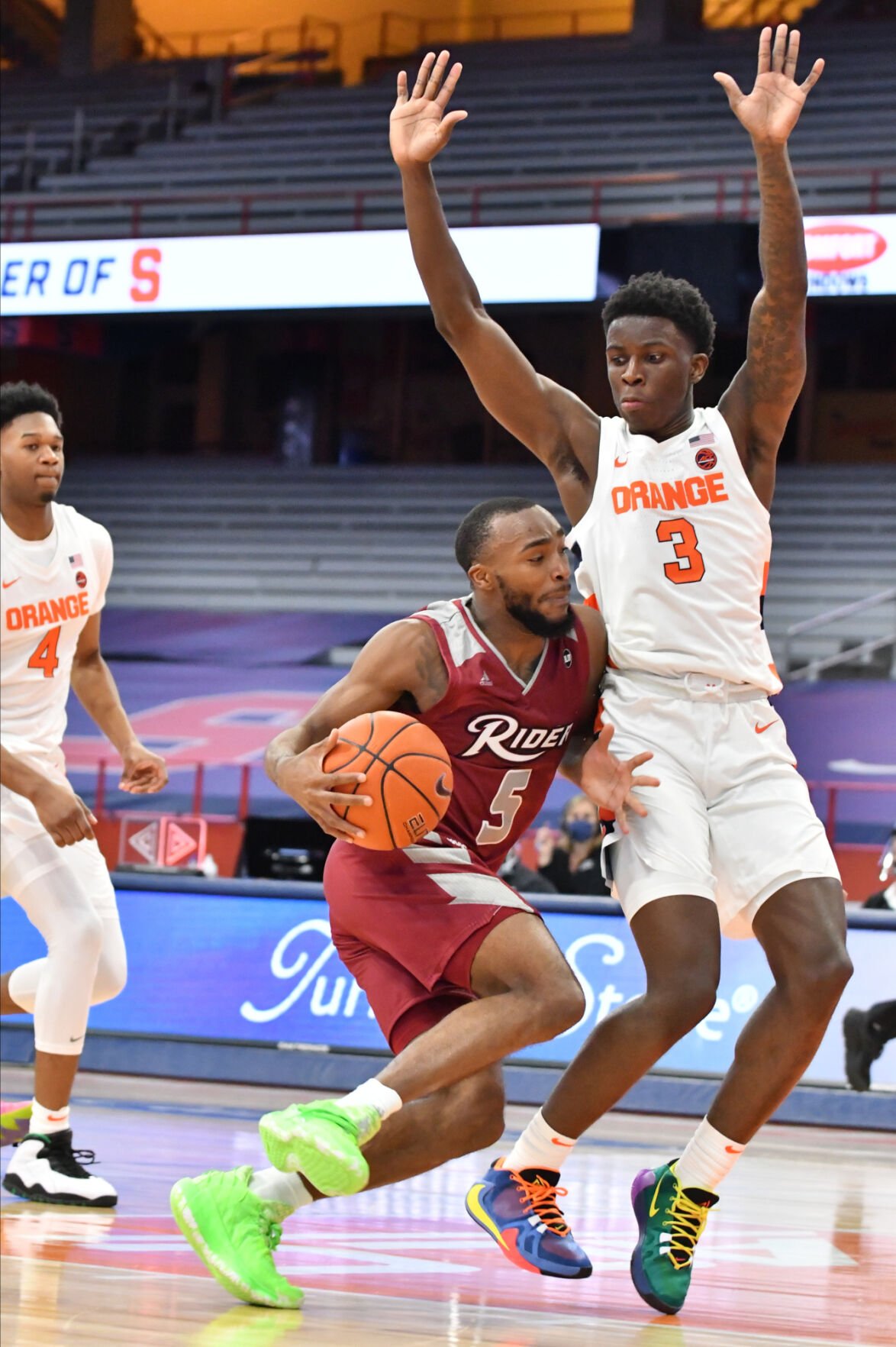 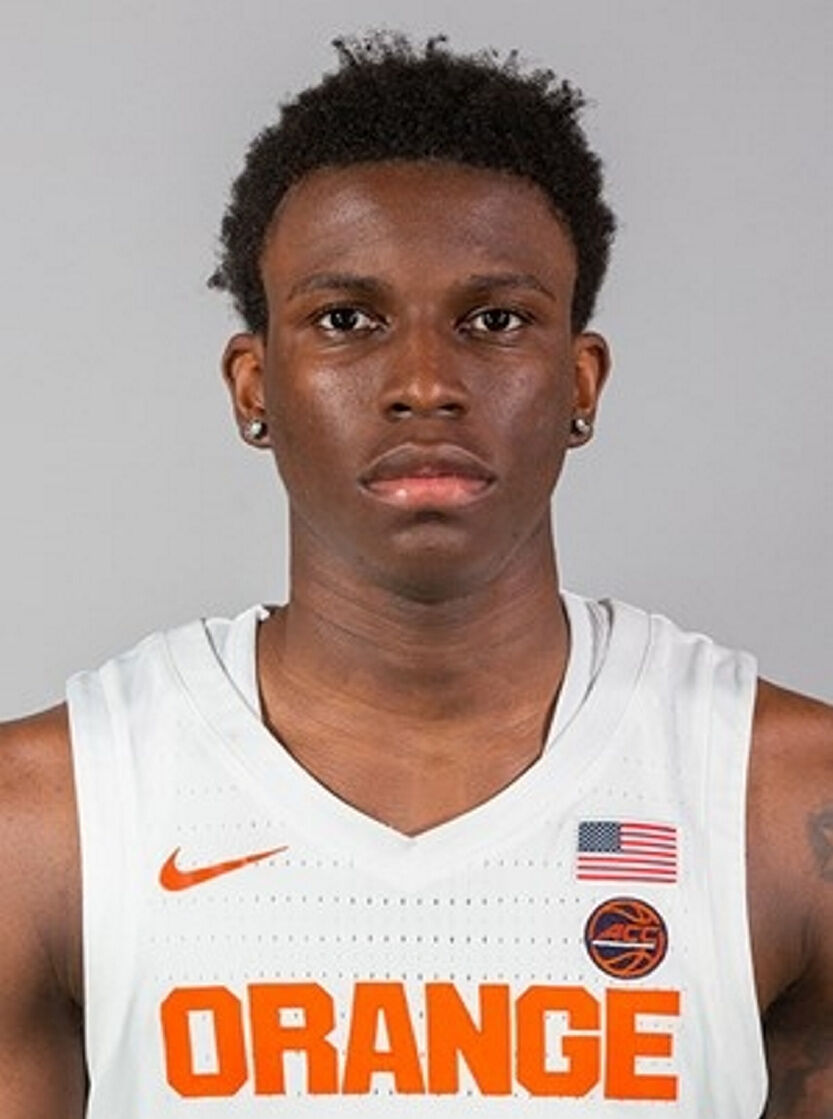 Kadary Richmond has discovered a comfort level in a key role much earlier than expected for the Syracuse University men’s basketball team.

The freshman point guard from Brooklyn has started the past three games for the Orange (3-1 overall) and averaged more than 34 minutes in that span to accommodate for the absence of starters Buddy Boeheim and Bourama Sidibe.

Richmond leads SU with 20 assists, 13 steals, and is tied for the team lead with four blocks while averaging 8.3 points through the first four games.

“I feel like it gave me a lot of confidence knowing that the coaching staff especially, knows I can go out there and play those type of minutes, that’s big,” Richmond said.

Richmond will look to keep his emergence on the upswing when Syracuse begins its Atlantic Coast Conference schedule on the road at 1 p.m. Saturday at Boston College in a game televised on ESPNU.

Syracuse is expected to have regular starter Boeheim back at shooting guard for that matchup, and Richmond said during a Zoom conference Thursday that he had not been given an indication of whether he will shift back to the bench as expected.

“I just have it in my mind that no matter how much time I play, if I start or if I finish, I’m going to compete in the time I get,” Richmond said.

Richmond leads all ACC players in total steals and is tied for third in the conference for total assists. The 6-foot-5, 180-pound rookie is the only ACC player in the top five of both stat categories.

Richmond’s field-goal percentage of 47.6 and 20 total rebounds are both tops among SU guards, and he is the only SU player to tally double-digit assists with single-digit turnovers at nine.

Syracuse coach Jim Boeheim credited Richmond’s performance during SU’s 79-69 loss at No. 21/22 Rutgers Tuesday as impressive for his first career road game being thrust into heavier minutes than expected.

“This has been a good experience for Kadary, he’s been getting a lot of playing time, and I think he’s really made some good strides,” Jim Boeheim said afterward. “He’s not quite ready to play 37 minutes, he gets tired, but I think these games have really helped him. I think it’s put him in a good position.”

Richmond identified learning to pick his spots and be more aggressive at times while improving his conditioning as areas to improve throughout the season, regardless of where his minute total ends up.

In the meantime, Richmond has savored his unexpected starting opportunity and a chance to make an early impact on the Orange such as Carmelo Anthony, Malachi Richardson, or Jonny Flynn, the three players he named as favorites while he grew up admiring the program.

“The past few games have been real fun, it’s my first few college games, getting up and down and getting a feel for it, just going out there and competing every night feels good,” Richmond said.

Syracuse sophomore forward Quincy Guerrier has already surpassed his 3-point shooting production from a season ago through just four games.

The 6-foot-7 native of Montreal is 5-for-10 from behind the arc this season, including a career-best performance of 3-for-5 in SU’s last game and a streak of three straight games with at least one shot made from deep. He finished 3-for-24 on 3-point field goals last season.

Guerrier is averaging 16.8 points and a team-best 9.5 rebounds per game to go with a 68.4 field goal percentage thus far for the Orange.

Syracuse 2021 signee Benny Williams was rated at No. 27 in his recruiting class in the latest ESPN 100 rankings released earlier this week, jumping from No. 51 in the last edition.

The 6-foot-8, 180-pound forward from Bowie, Md., is finishing his high school career at IMG Academy in Florida. He signed his national letter of intent to play for SU on Nov. 11 after verbally committing this past June.

Williams is the lone incoming freshman expected to join the Orange for next season. The four-star prospect is rated as the seventh-best small forward and No. 31 player overall nationally by the 247Sports composite rankings.

Rautins played last season with the Panathinaikos Club of the Greek HEBA A1 League, which included nine games against Euroleague competition.

Rautins ranks second in SU history with 282 career 3-point field goals after playing from 2005-10. He was selected in the second round of the 2010 NBA draft by New York and made five career appearances before a successful overseas tenure. He has also been a fixture on the Canadian men’s national team throughout his career.

The 34-year-old is the son of Canada Basketball Hall of Famer Leo Rautins, also a former SU star and a longtime Toronto Raptors broadcaster.