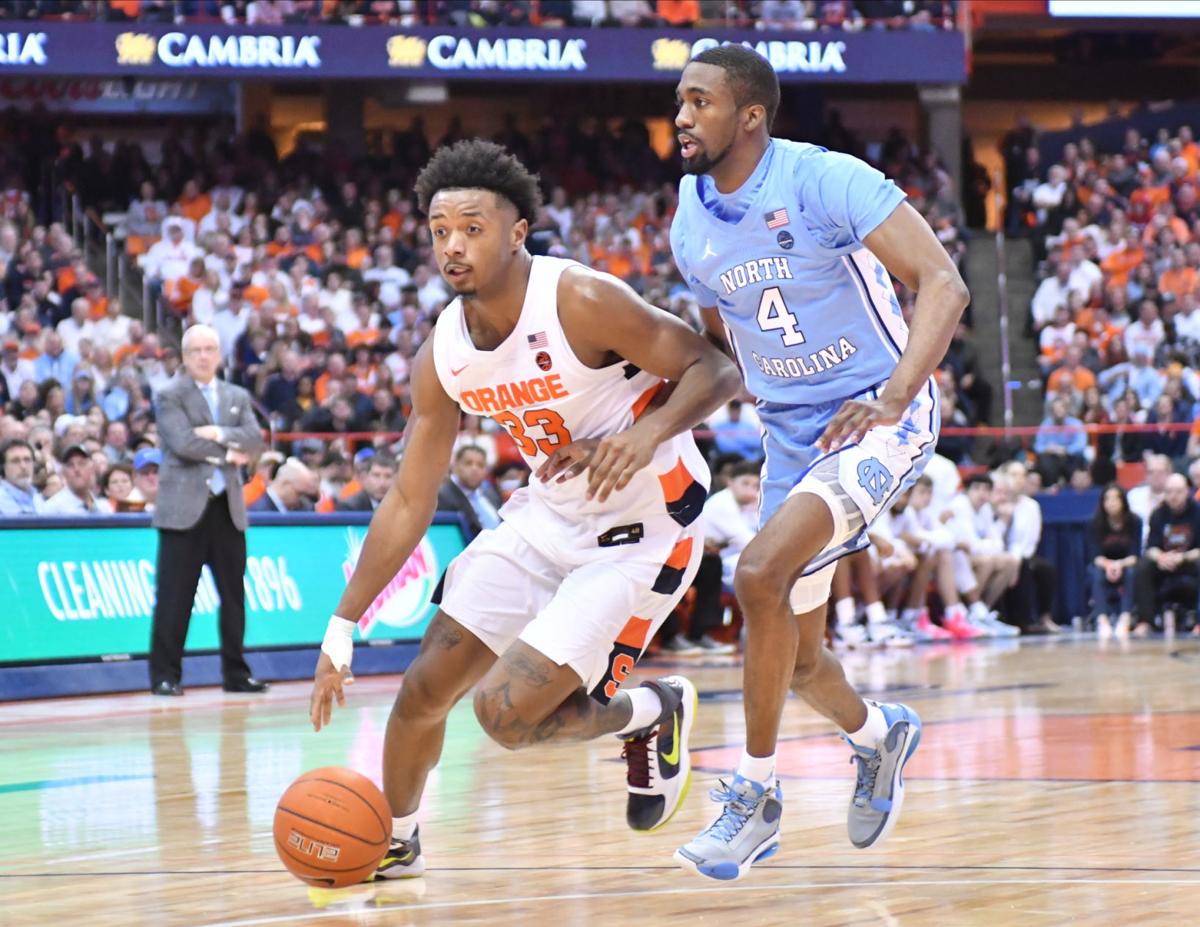 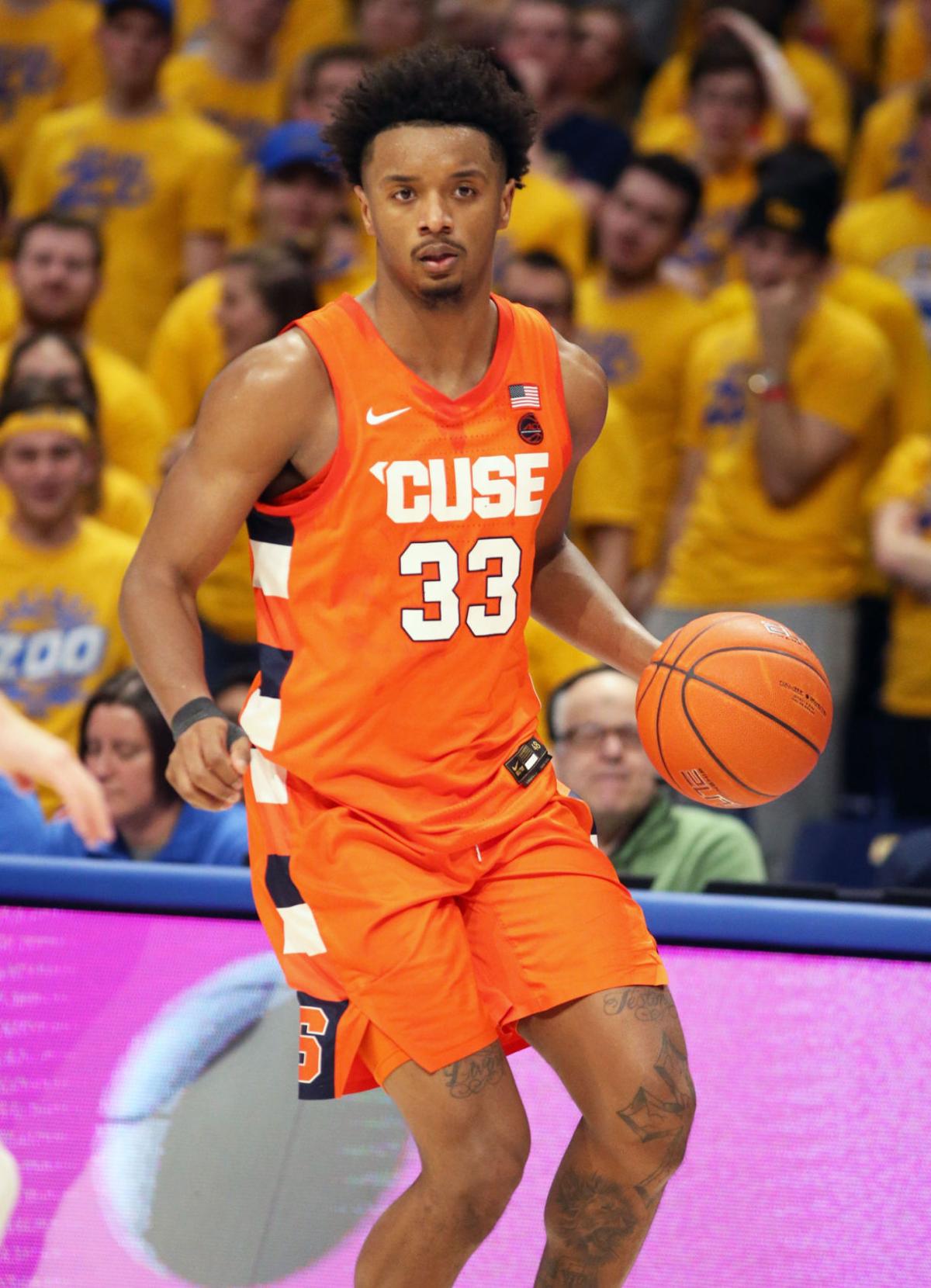 Syracuse Orange forward Elijah Hughes handles the ball against the Pittsburgh Panthers during the second half Feb. 26 at the Petersen Events Center in Pitsburgh. Syracuse won, 72-49. Charles LeClaire/USA TODAY Sports 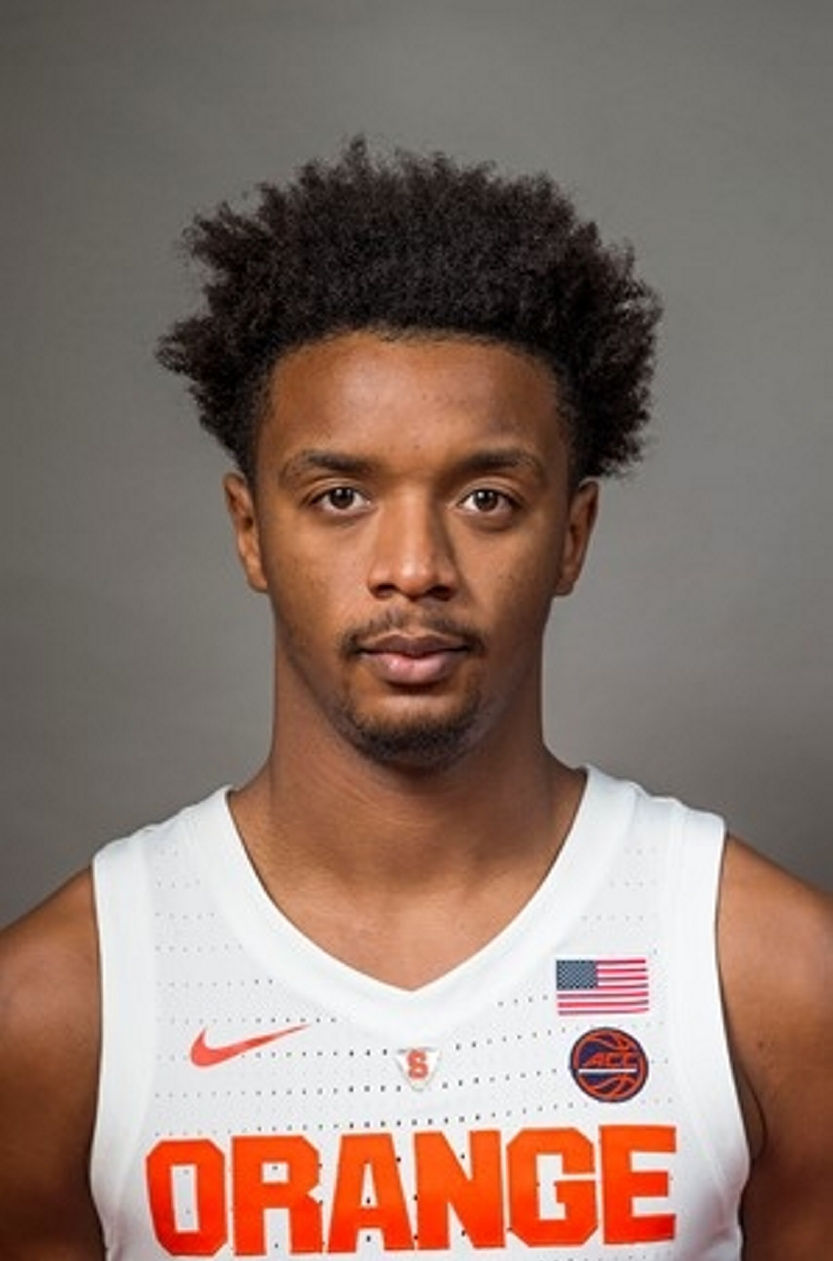 Syracuse Orange forward Elijah Hughes handles the ball against the Pittsburgh Panthers during the second half Feb. 26 at the Petersen Events Center in Pitsburgh. Syracuse won, 72-49. Charles LeClaire/USA TODAY Sports

Hughes left SU’s regular-season finale at halftime Saturday — a 69-65 overtime setback at Miami (Fla.) — due to an apparent head injury and his status for the postseason remains uncertain.

Hughes — the 6-foot-6 redshirt junior in his second active season with the Orange after transferring from East Carolina — scored 18.8 points per game to lead the conference during the regular season.

Hughes received seven first-place votes for ACC Player of the Year to finish fourth behind Jones (34), Nwora (17), and Mooney (11).

Carey Jr. was also named the ACC Rookie of the Year. Florida State freshman Patrick Williams received the league’s Sixth Man of the Year award and North Carolina junior Garrison Brooks was chosen as the conference’s Most Improved Player.

SU sophomore guard Buddy Boeheim was the only other Orange player to garner consideration, receiving 10 votes for the ACC Most Improved Player award to finish fourth in the voting.

Boeheim led the ACC in total 3-pointers (95) and ranked 10th in the conference for scoring average (15.5 points per game) during the regular season, increasing his output from a 6.8-ppg average to go with 47 total 3-pointers last year as a freshman.

The ACC Tournament from Greensboro, N.C., is slated to begin with first-round games Tuesday and end with the championship game Saturday night for an automatic berth into the NCAA Tournament. The NCAA Selection Show is slated for Sunday.