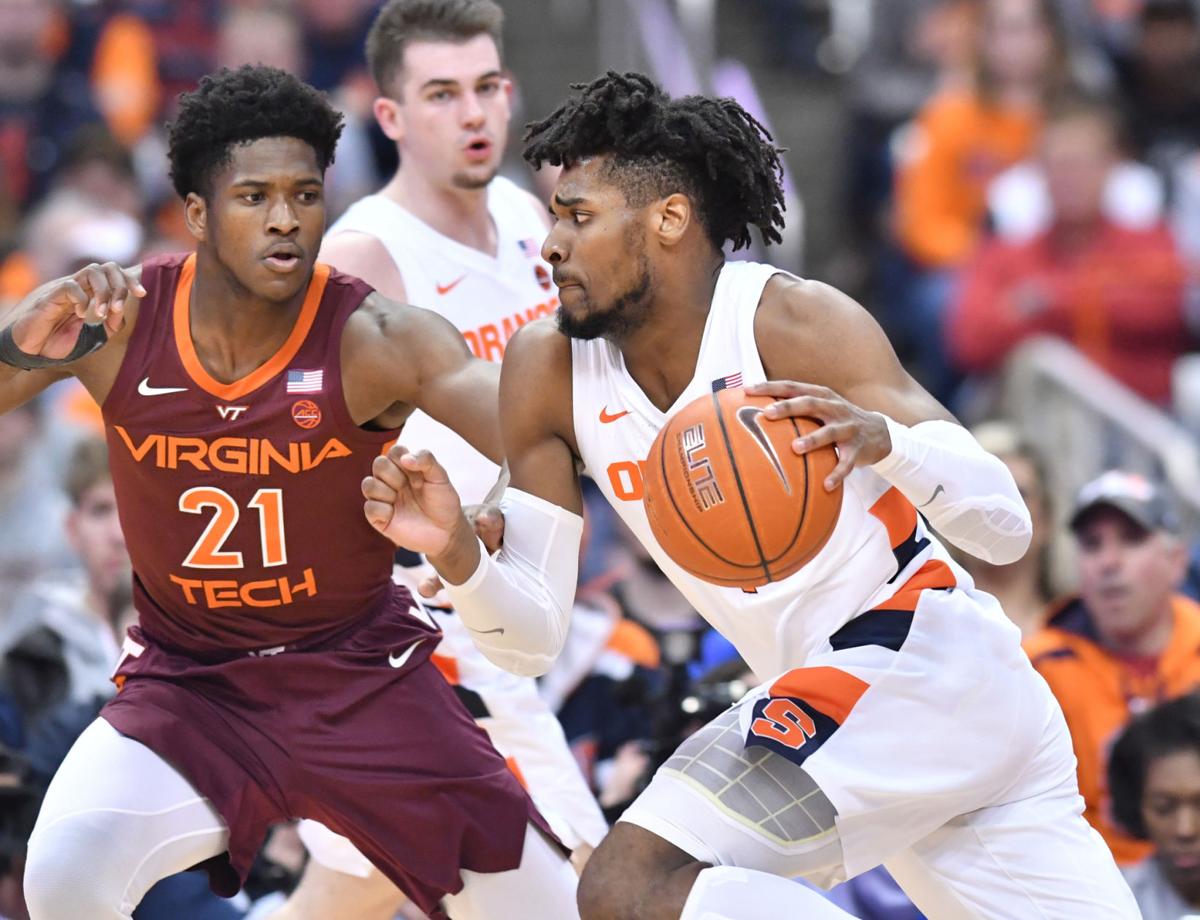 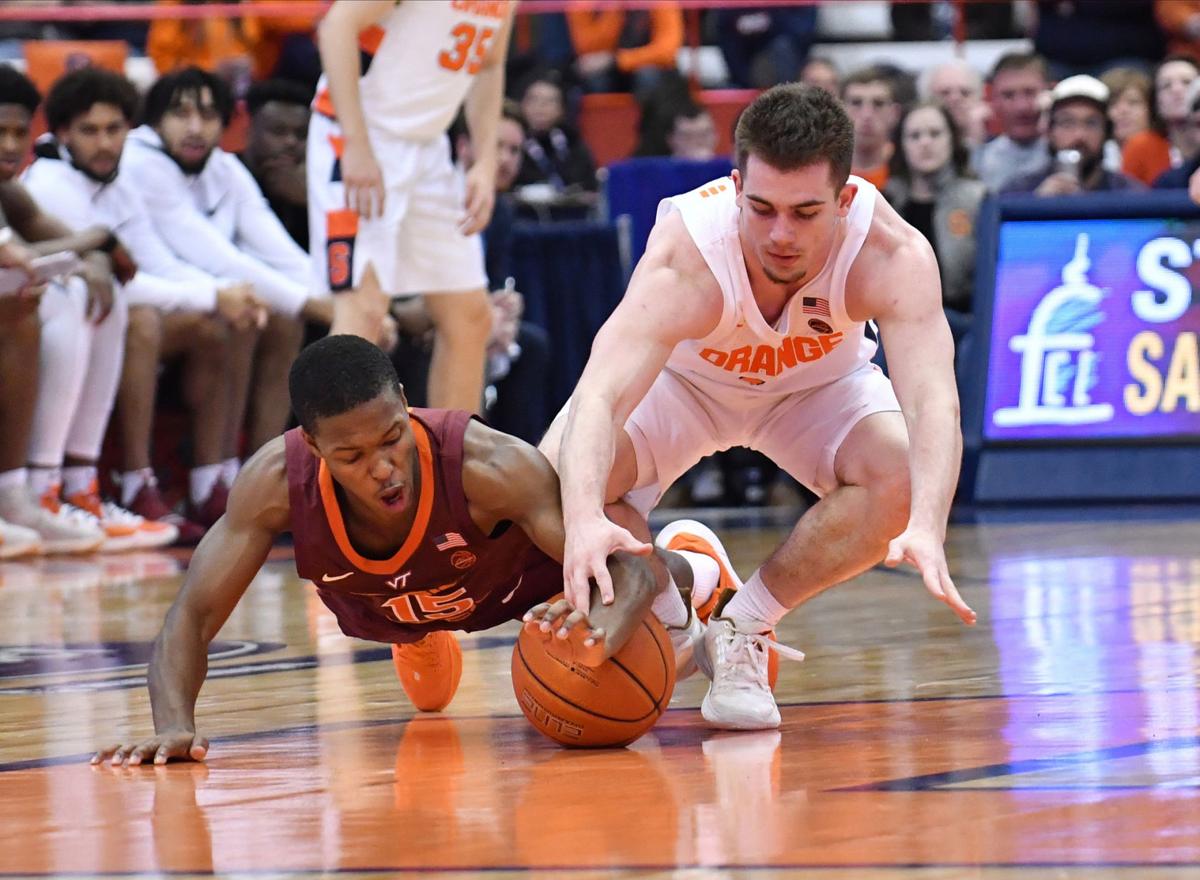 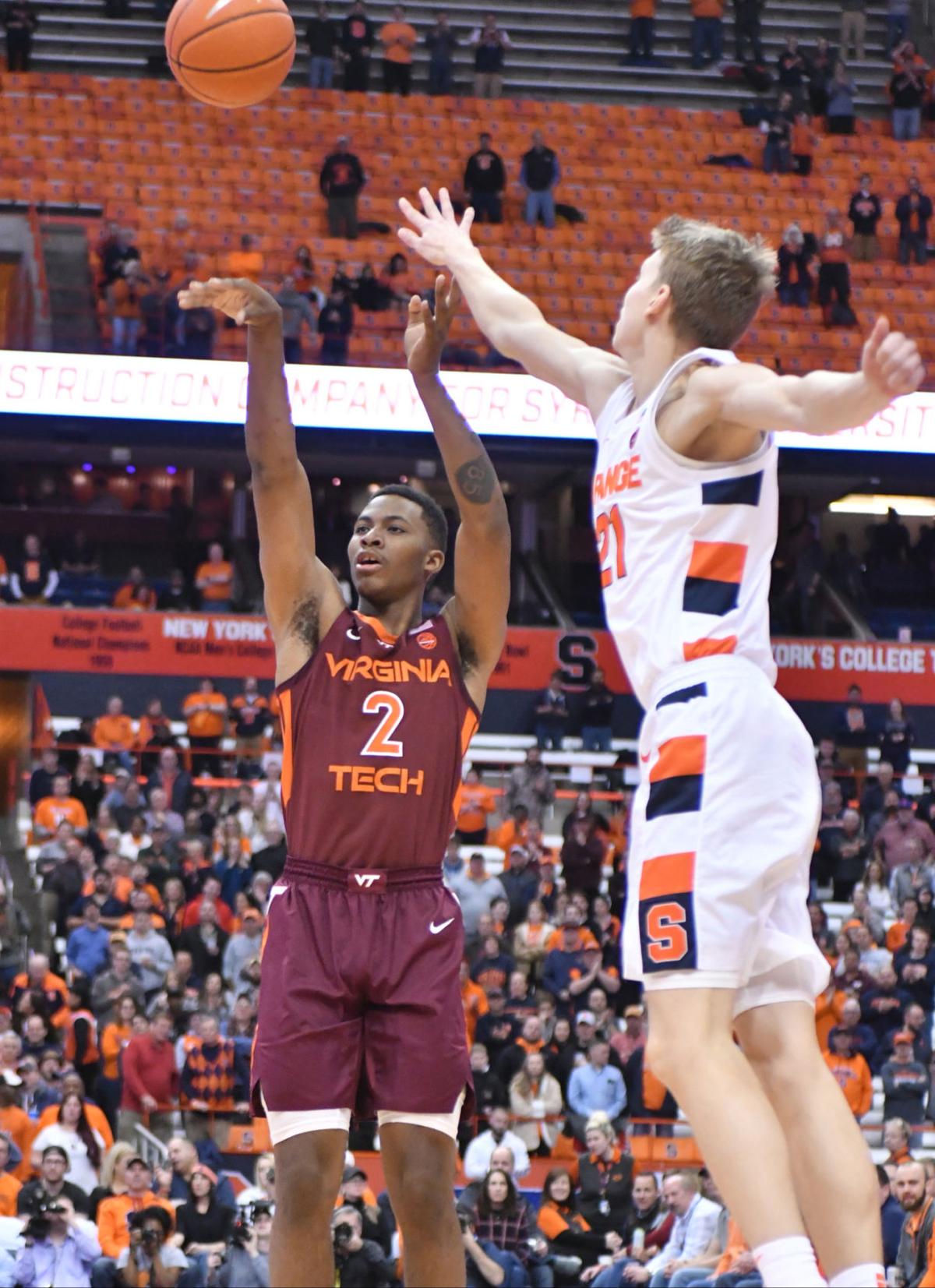 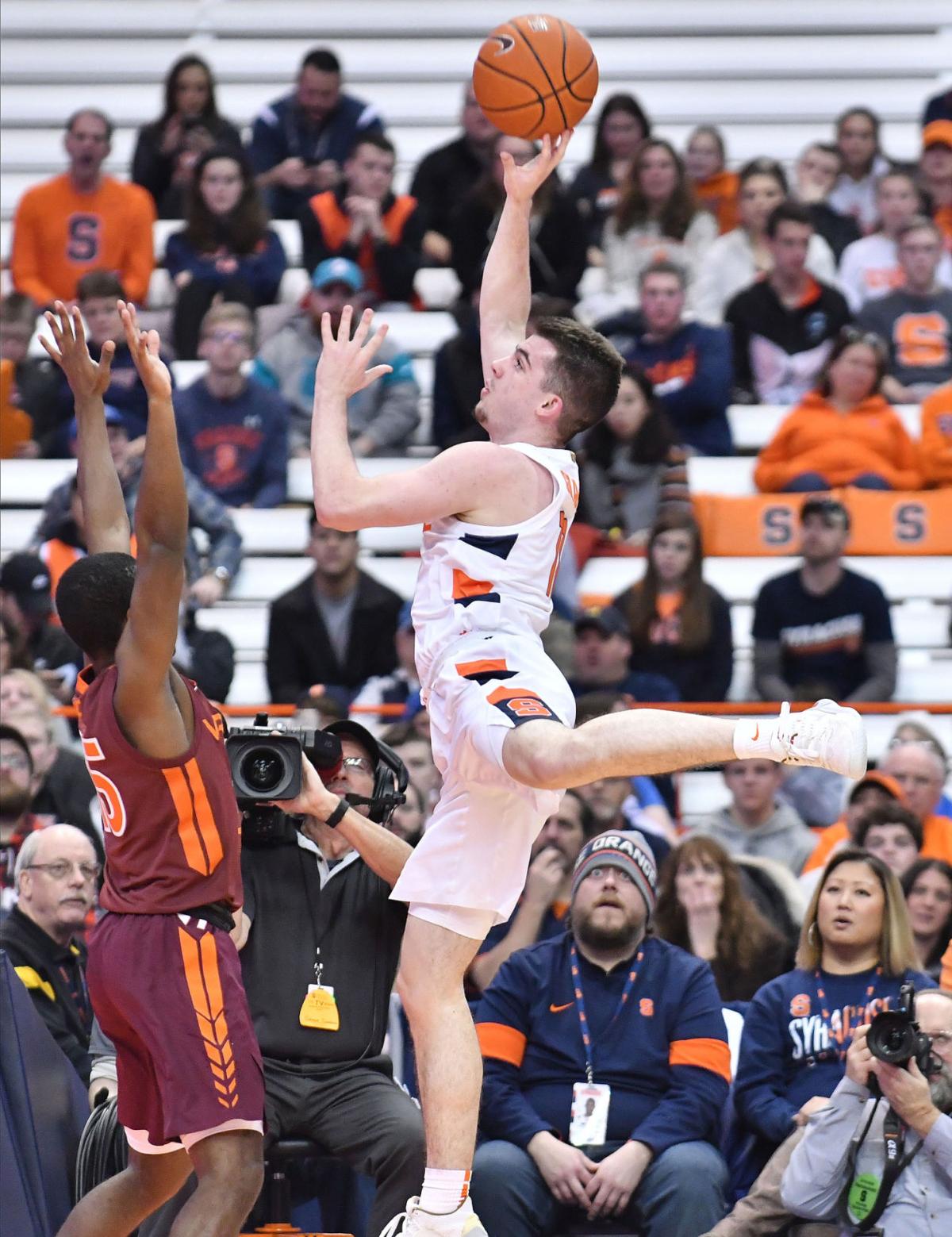 SYRACUSE — The Syracuse University men’s basketball team limited the potent long-range shooting of Virginia Tech for as long as it could Tuesday night, but freshman Jalen Cone and the Hokies eventually heated up and held off the Orange down the stretch.

Virginia Tech made four of its final eight 3-point shot attempts, including a four-point play by Cone to flip momentum and highlight a critical run midway through the second half, en route to a 67-63 Atlantic Coast Conference victory over SU in front of 16,504 fans at the Carrier Dome.

Cone scored 16 of his game-high 19 points in the second half and made 5 of 7 from beyond the arc to pace Virginia Tech (11-3 overall, 2-2 ACC), which utilized a 17-4 run midway through the second half to seize control.

“I think that kid (Cone) just started hitting shots,” SU freshman point guard Joe Girard III said. “We fouled a few 3-points shots which isn’t what you’re supposed to do, especially against a jump shooter, and he just got hot. ... The last few games we get to a point where we’re playing really well and then there are a few little things that happen that gives them an open shot or a turnover or something, and they get the advantage. We have to figure out how to clean those things up and figure out how to win games.”

Cone then hit from deep in the corner with 9:48 left and made the free throw to put Virginia Tech ahead, 46-44, and Hokies leading scorer Landers Nolley II hit a 3-pointer from the top of the arc soon after to cap off a 17-4 run and extend Virginia Tech’s advantage to 51-44.

The Hokies maintained the advantage the rest of the way after trailing by as much as 11 in the game and nine earlier in the second half.

“I told them that the sky was going to open and some of those would start to drop, and I prayed like heck that I was right,” said first-year Virginia Tech coach Mike Young. “And then, Jalen (Cone) just went kind of crazy from there.”

SU was unable to hold its own in the battle from deep and finished just 6-for-17, matching its lowest 3-point output since hitting a season-low five in its 48-34 loss to Virginia to begin the season. Virginia Tech and Syracuse entered ranked first and third, respectively, in total 3-pointers among ACC teams.

The Orange didn’t possess its signature efficiency at any point, finishing with just six assists compared to nine turnovers. SU entered the game with the eighth-best ratio of assists to turnovers (1.44) in the nation.

The Hokies finished with a decided advantage in bench points, 27-12, and fast-break points, 14-1. Guerrier was the only SU player to appear off the bench, and Hughes, Girard III, and Buddy Boeheim each played 40 minutes.

“It’s really frustrating, but we need to lock in and get ready for Saturday,” Hughes said. “We need (to show) some toughness and get better with our toughness and matching their physicality.”