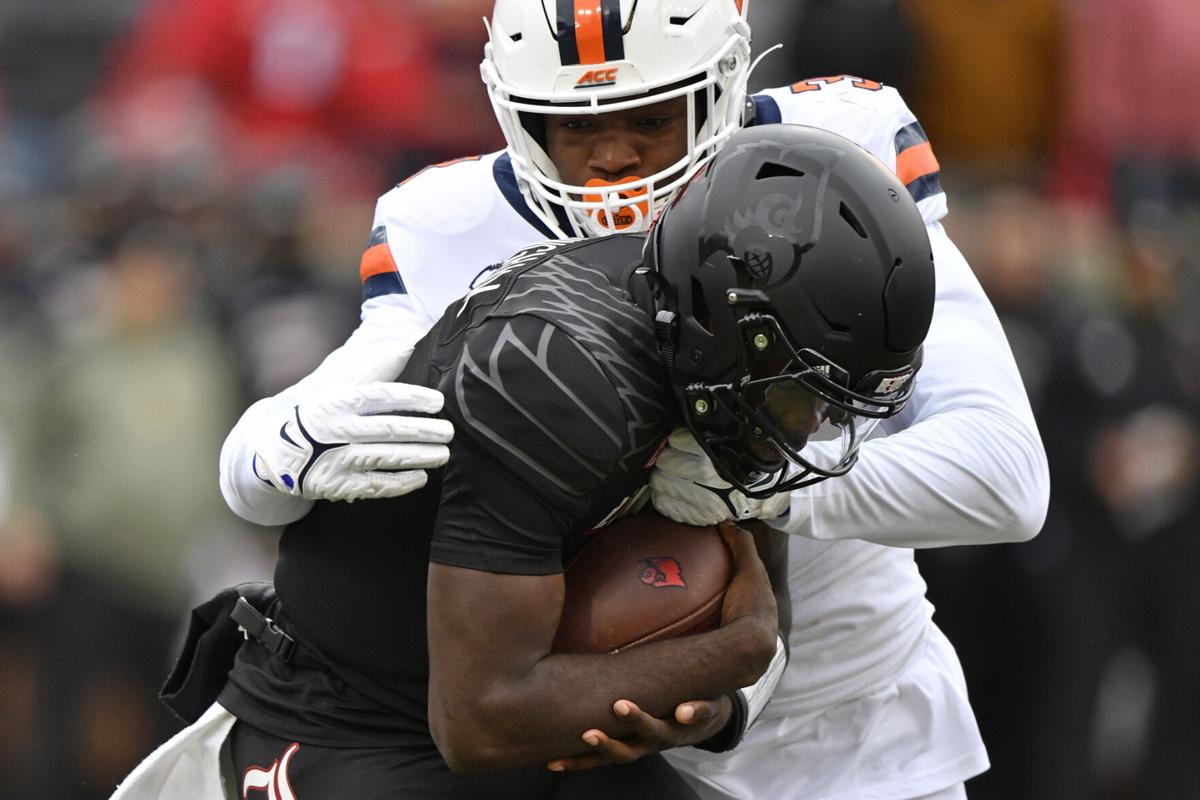 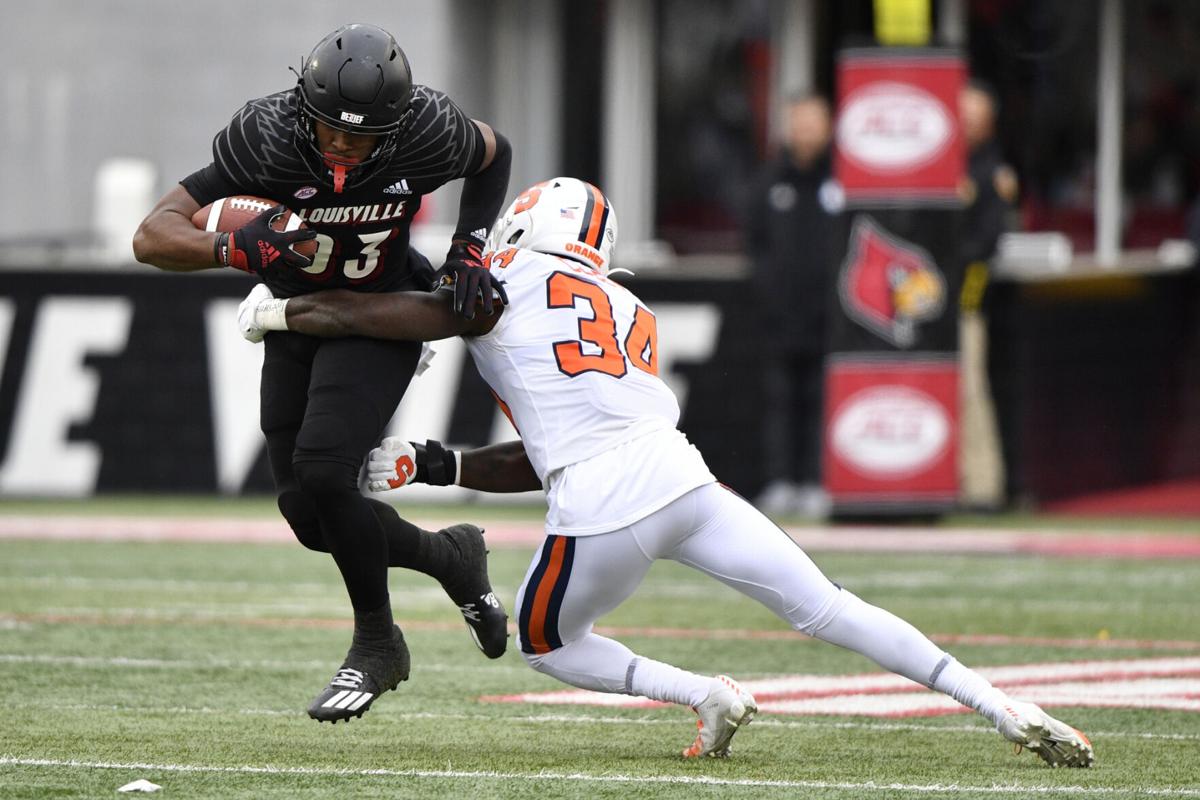 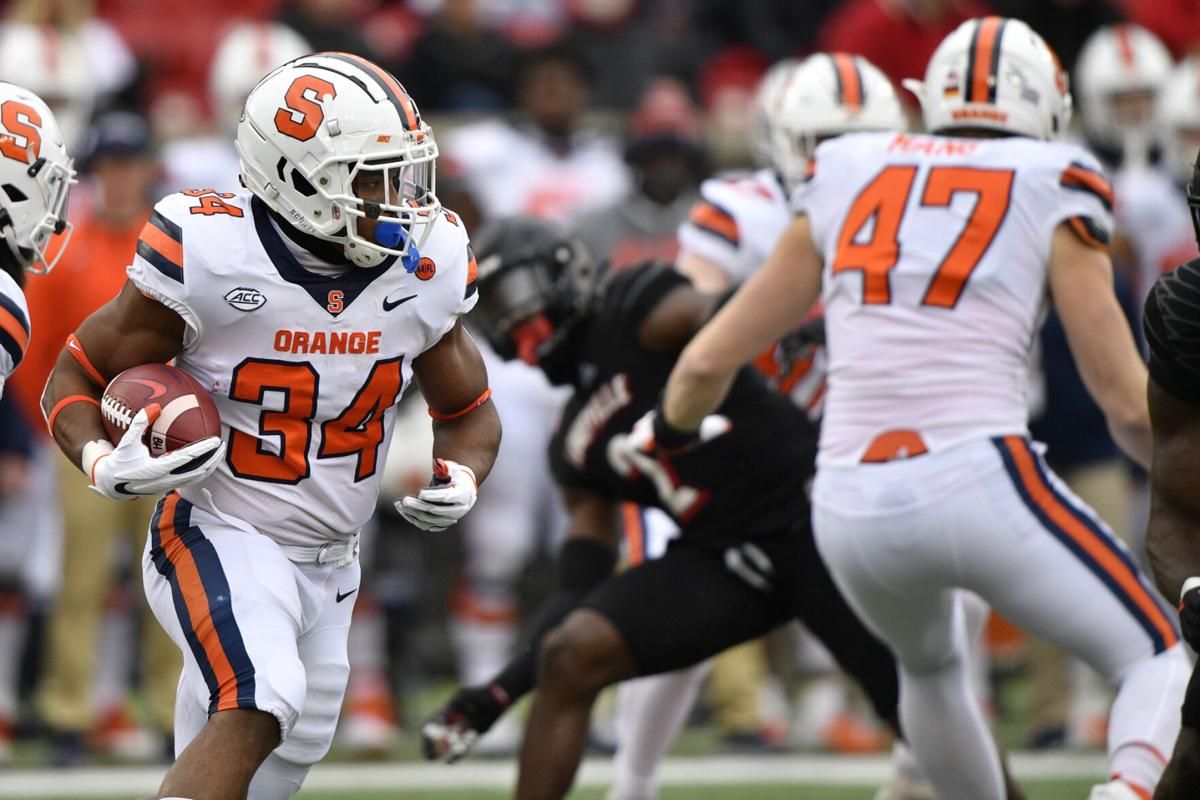 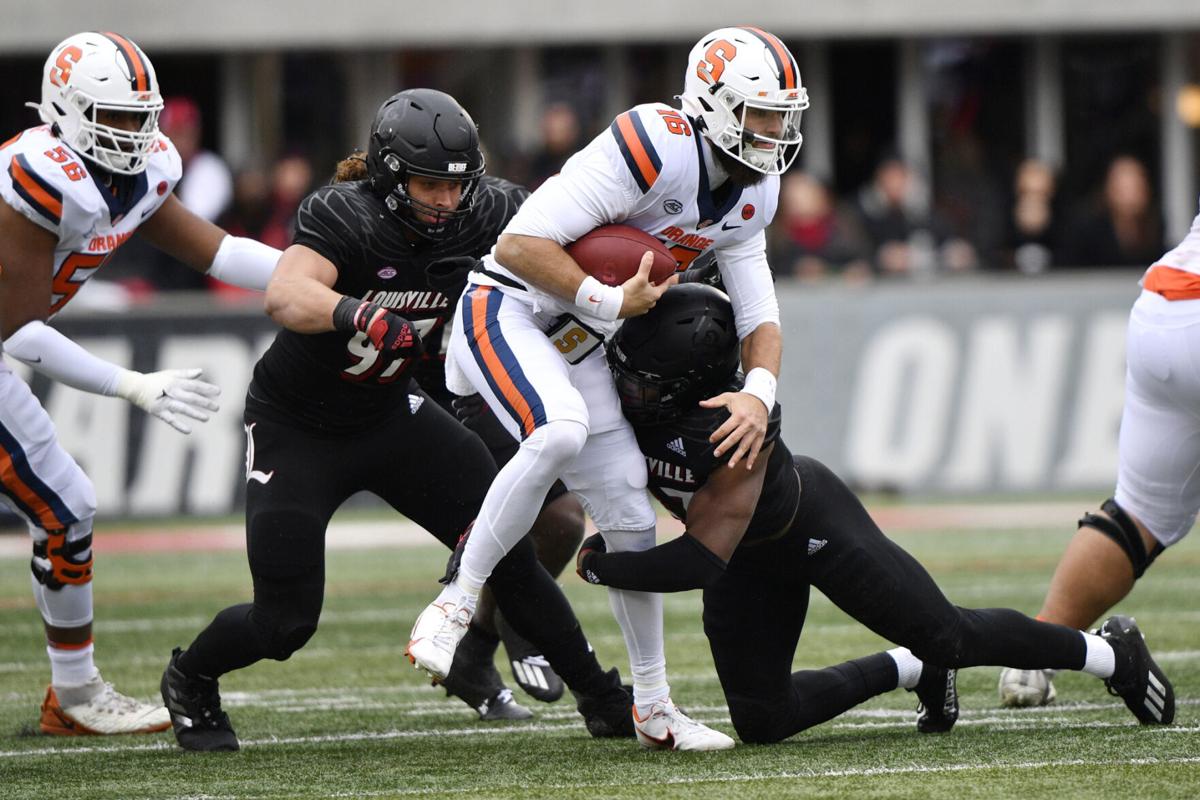 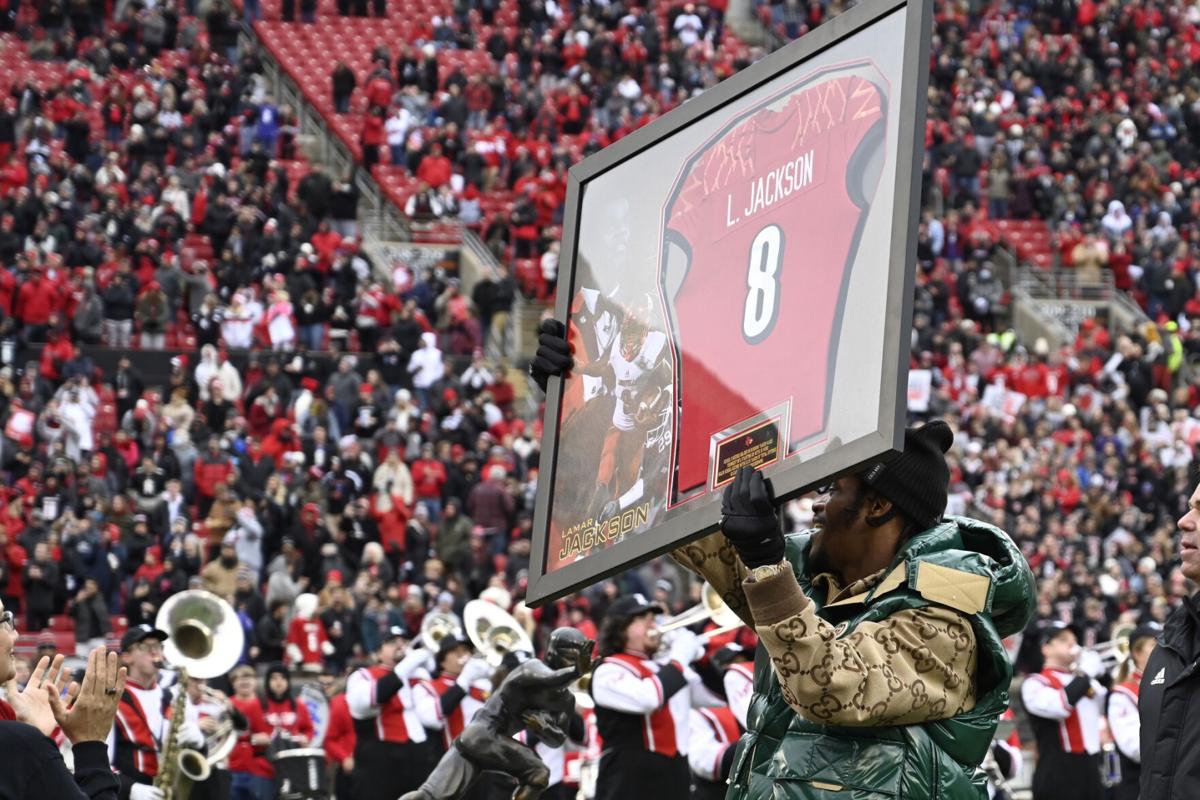 Cunningham threw four touchdowns and ran for another as host Louisville took control in the second quarter and rolled to a 41-3 Atlantic Coast Conference rout of Syracuse at Cardinal Stadium.

The Orange (5-5 overall, 2-4 ACC) will next play at No. 19/21 North Carolina State at a time to be determined next Saturday and will close the regular season by hosting No. 22/25 Pittsburgh on Nov. 27. Syracuse needs one more victory to gain bowl eligibility.

“We feel united in the locker room,” SU quarterback Garrett Shrader said afterward. “We’re frustrated, and everything for this team that could have gone wrong today went wrong, but we just got to get back and keep our heads high and keep moving forward. I love this team, we still have plenty of time and plenty of opportunities to go do what we need to do.”

The Cardinals posted an easy victory on the day 2016 Heisman Trophy winner Lamar Jackson’s jersey was retired at halftime. Jackson joined Johnny Unitas as the second Louisville player to earn the honor.

When it came time for the retirement of Jackson’s No. 8 jersey, the Cardinals held a 35-3 lead, thanks to the efforts of Cunningham.

He scored on a 6-yard TD run with 9:13 remaining in the first quarter and then threw four touchdown passes before halftime.

He connected with Tyler Harrell on a 33-yard TD late in the first quarter and then found Ahmari Huggins-Bruce for TDs of 6 and 17 yards respectively. Huggins-Bruce’s TDs were sandwiched between a 41-yard TD pass to Jordan Watkins.

Cunningham completed 13 of 18 passes for 209 yards on a day when he rushed for a season-low 19 yards as Louisville’s offense totaled 382 yards and converted 17 first downs.

“Those guys were executing, and we weren’t executing, third-down situations, it got away extremely quick,” SU coach Dino Babers said.

Cunningham also had help from Louisville’s defense, which bottled up SU star running back Sean Tucker and the Orange’s rushing attack, which entered the game leading the ACC with 247.7 rushing yards per game.

Tucker was held to 95 yards on 19 carries and had his SU-record streak of 100-yard rushing outings snapped at seven.

Tucker came in at 1,267 rushing yards, which trailed Michigan State Kenneth Walker III’s by 63 yards for the national lead.

He surpassed Walter Reyes for No. 2 on the SU single-season rushing list and finished the game 10 yards shy of matching Joe Morris for the team record of 1,372 established in 1979.

Syracuse lost leading tackler Mikel Jones early in the second quarter after he was ejected for a targeting call.

Babers said afterward that it was explained to him as a crown-to-surface call by the official, meaning they ejected the SU linebacker because his tackling position was considered a danger to himself rather than the helmet-to-helmet hit that typically prompts the penalty.

“Mikel Jones is the quarterback of our defense, losing Mikel Jones in a football game is like us losing Garrett Shrader,” Babers said. “Regardless of that, you train people to be backups and you have to find ways to not only improvise but find a way to give guys a chance when you lose a cat, and we need to do a better job of that.”