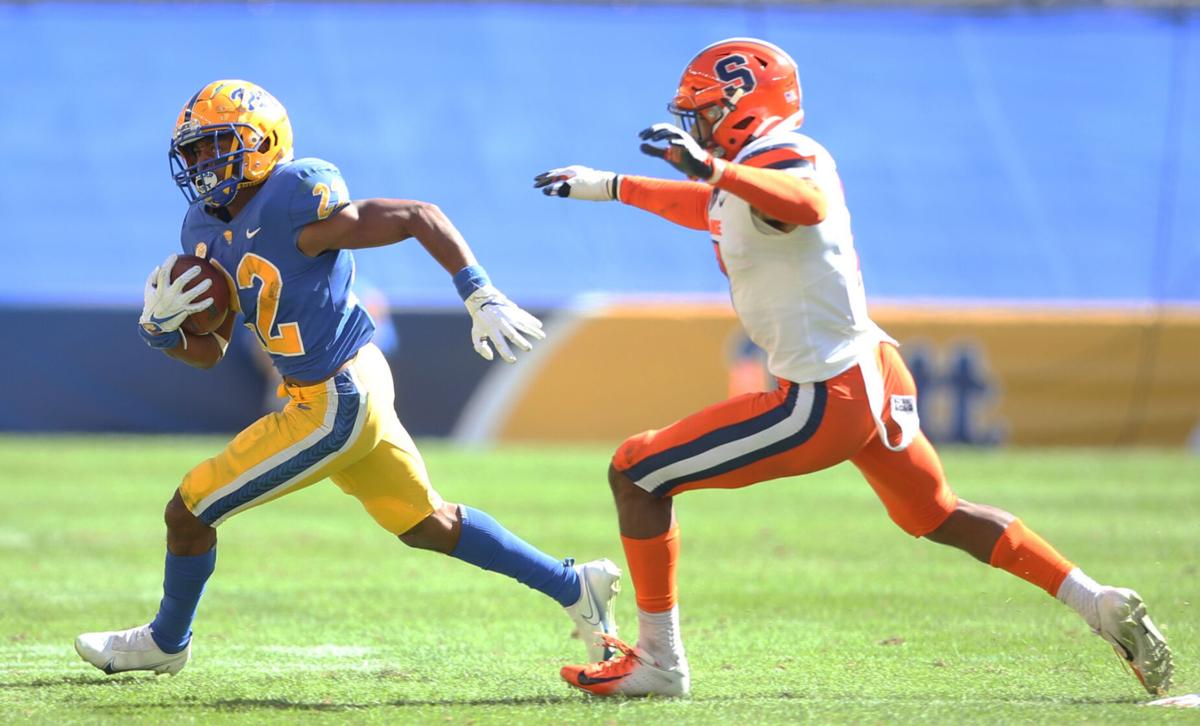 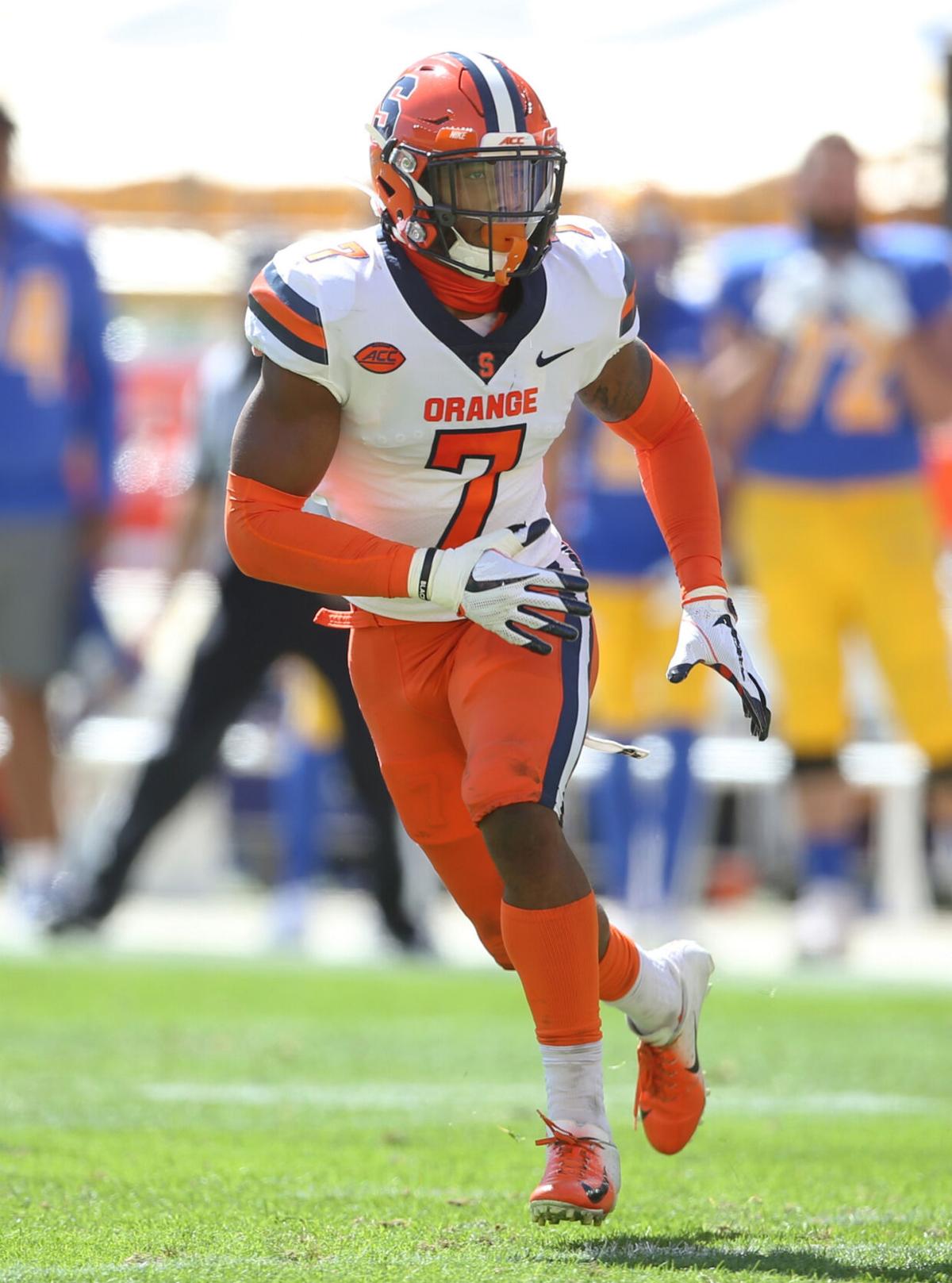 Syracuse defensive back Andre Cisco defends while in pass coverage against Pittsburgh during the second quarter on Sept. 19 at Heinz Field in Pittsburgh. Charles LeClaire/USA TODAY Sports 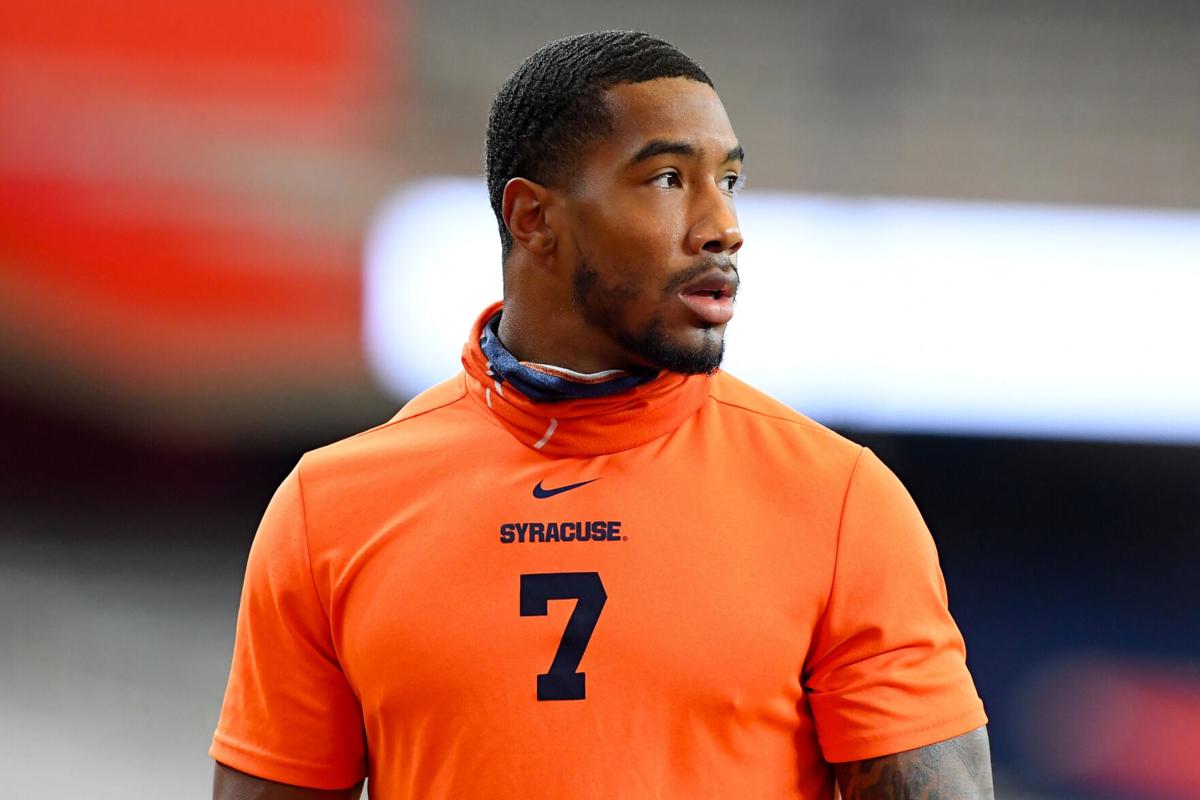 Syracuse defensive back Andre Cisco looks on prior to a game against Georgia Tech on Sept. 26 at the Carrier Dome in Syracuse. Rich Barnes/USA TODAY Sports 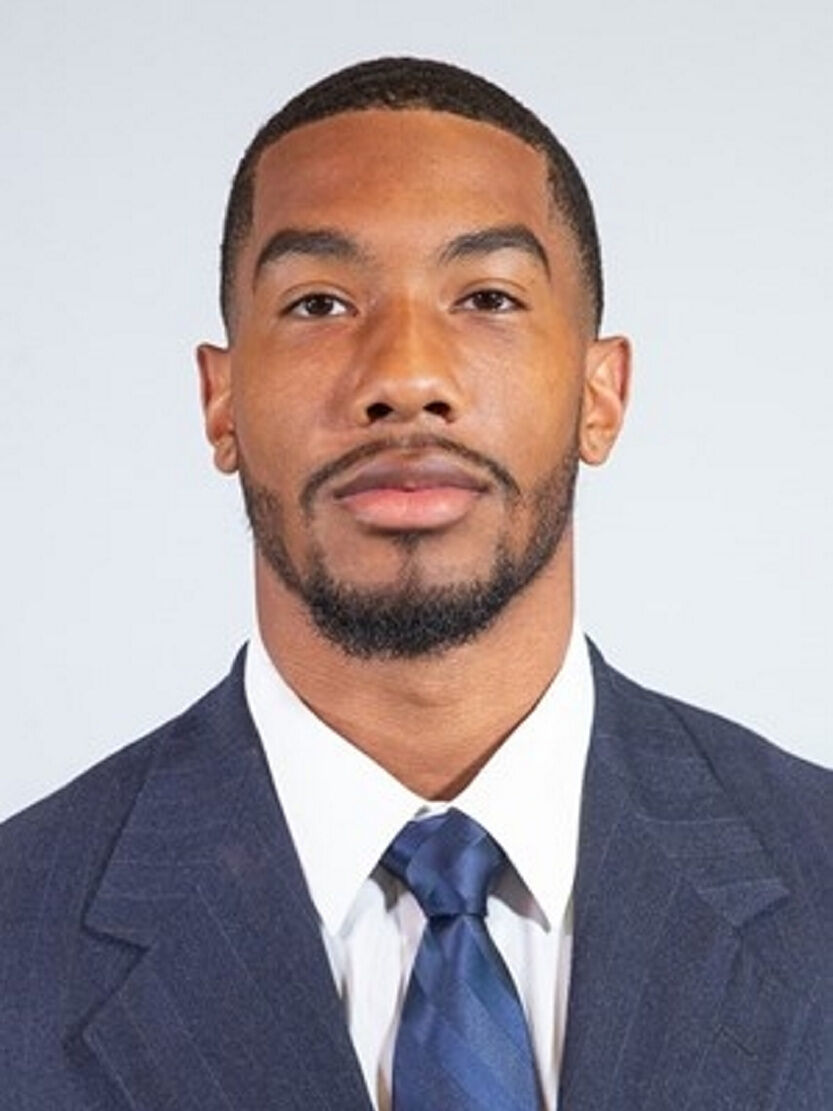 Syracuse defensive back Andre Cisco defends while in pass coverage against Pittsburgh during the second quarter on Sept. 19 at Heinz Field in Pittsburgh. Charles LeClaire/USA TODAY Sports

Syracuse defensive back Andre Cisco looks on prior to a game against Georgia Tech on Sept. 26 at the Carrier Dome in Syracuse. Rich Barnes/USA TODAY Sports

As the Syracuse University football team prepares to move forward without star junior safety Andre Cisco, many within the program have taken time to offer support to their former All-American teammate as he chases his NFL dream.

Cisco declared for the 2021 NFL Draft Tuesday night by posting a video announcement to his social media pages, one day after coach Dino Babers confirmed that Cisco would miss the remainder of the season due to a lower-body injury.

The Daily Orange student newspaper reported that Cisco suffered a torn ACL when he collided with a teammate in pregame warmups of the Sept. 26 game against Georgia Tech in the Carrier Dome. Babers and the SU athletics staff have not specified on the exact ailment.

Cisco ultimately played in just two games this year and has opted out of the remainder of the season to turn his attention to the draft. The 6-foot, 209-pound ballhawk from Valley Stream has been projected as high as a potential first-round pick and was widely considered by draft forecasters to be a top-60 prospect entering this season.

“I’m happy for him, it would be really selfish of me to want him to come back, if that’s the decision that he made then I respect it, I’m happy for him and I’m excited,” SU junior cornerback Ifeatu Melifonwu said. “This is something that he’s been thinking about for a while and that he’s wanted to do.”

Syracuse (1-3 overall and ACC) is scheduled to host Liberty at noon Saturday in the Carrier Dome and will continue to lean on junior Trill Williams — another legitimate pro prospect in the SU secondary — to fill Cisco’s spot in the rover position, which is the key playmaking role in SU’s 3-3-5 defensive scheme. Freshman Rob Hanna has registered an interception, fumble recovery, and 21 tackles while starting the last two games in place of Cisco.

Syracuse players made available to media during Tuesday night’s weekly zoom call said that they knew Cisco was considering the option and found out his decision to declare around the time he posted the video. Each shared a positive message for Cisco, who was a member of the team leadership counsel and among the most trusted and beloved veterans in the locker room.

“Having him for a teammate was a big plus for us, and he was an even better guy, to hang out with Cisco off the field,” said SU senior guard, Chris Elmore. “Kudos to him that he made a man decision, and I’m sure he talked it over with his family and made the best decision for him, and I’m happy for him. I hope to see him playing on Sundays.”

Cisco was listed as a potential first-round selection by ESPN’s Mel Kiper Jr. in May, while Dane Brugler of The Athletic ranked Cisco as his No. 2 draft-eligible safety in the country this past August.

Earlier this week, Matt Miller of NFL Draft Scout tweeted that Cisco was in the running for the top spot on his safety board prior to the injury.

“I’m super excited for him, there is no other safety that I would rather play with on the field than Cisco,” SU senior defensive end Kingsley Jonathan said. “He puts in the work, He’s here early and he’s the last person to leave, and he’s been putting the work in since he first got here his freshman year. I’m excited for him and will be glad to see what he does next from here.”

Elmore added of Cisco: “He’s a workhorse. That guy is up before everybody, he’s in the training room when he doesn’t need to be in the training room, he takes care of his body, he’s a guy that you want people to look up to. He’s always in the film room breaking stuff down, he always has the answers and wants guys to come up to him, he’s been a very good leader and I feel like he’s got a chance to go high in the draft.”

Cisco finished his SU tenure with 13 career interceptions, which leads all active FBS players and placed him in a tie for fourth all-time among SU players. He led the nation with seven picks in 2018, becoming the first true freshman to do so in nearly 70 years, and followed up by leading the Atlantic Coast Conference with five INTs in just nine games as a sophomore last year.

Cisco hauled in one interception in two games this year before suffering the freak injury that ended his season. In his 24 career games, he defended 29 passes and recorded 136 tackles to go with 143 return yards and a touchdown on his 13 career picks.

Cisco garnered All-ACC honors in each of his first two seasons, and garnered All-America status from six different outlets as a true freshman. Entering this year, Cisco was named a Preseason All-American by five separate publications and was named to the watch list for four different awards to recognize the top defensive back or overall defensive player in the nation.

“This is something I’ve been dreaming of since I was eight years-old, and I’m beyond grateful for the opportunity, even under the unfortunate circumstances,” Cisco stated in his announcement. “I’ve given the school everything I got, and this community gave it back tenfold. I can’t wait to make ya’ll proud.”