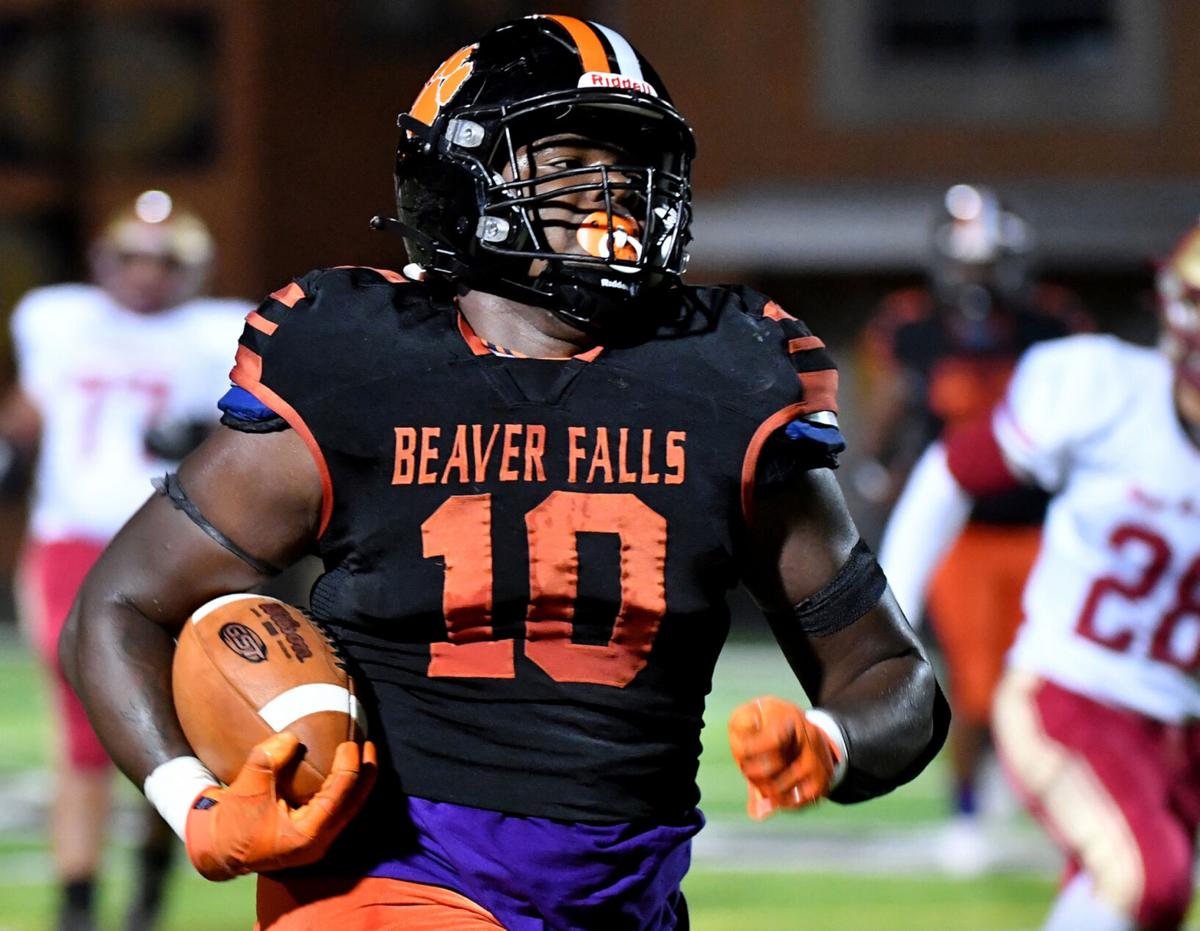 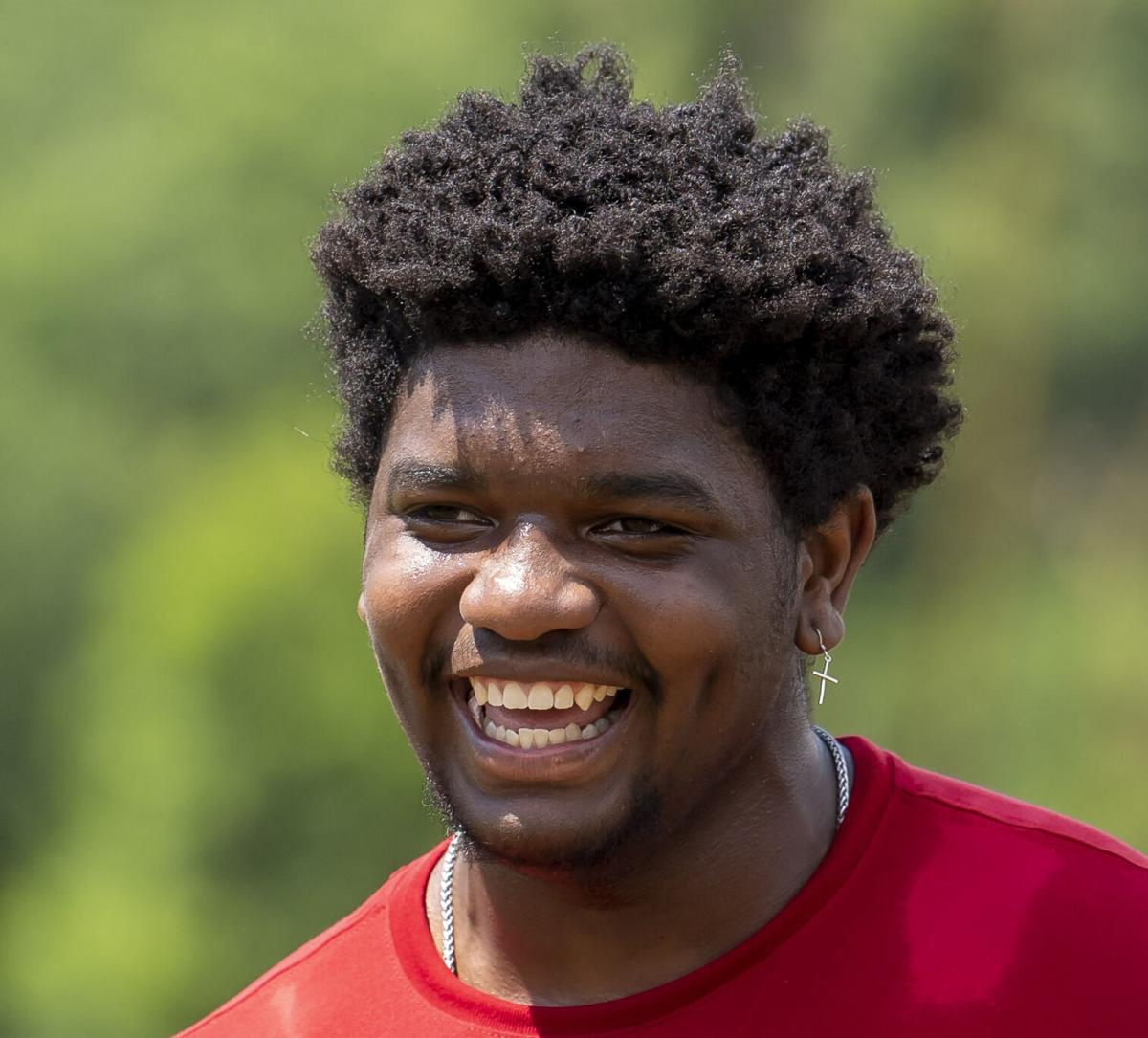 Josh Hough is poised to keep Syracuse University football coach Dino Babers and his staff entertained while the Orange is idle this weekend.

Hough is the 6-foot-2, 235-pound running back from Beaver Falls High School in Pennsylvania that has been the fall highlight among the verbal commits in SU’s 2021 recruiting class — a group that Babers recently referred to as the best of his five-year tenure on his weekly his radio show.

Syracuse (1-7 overall, 1-6 Atlantic Coast Conference) will return from its bye to play at 7:30 p.m. Friday at Louisville in a conference matchup to be televised on ESPN.

Hough will aim for another buzzworthy performance when he leads Beaver Falls (9-0) into the Western Pennsylvania Interscholastic Athletic League Class 2A title game against Sto-Rox (8-1) at 5 p.m. Saturday, which will be livestreamed at tribhssn.triblive.com.

Hough is one of 11 players among SU’s 21 verbal commits in this recruiting cycle that is playing a fall season, with the rest having their respective campaigns postponed to at least January due to COVID-19 mandates.

Hough rushed for a career-high 368 yards and scored three touchdowns on 21 carries in his last game, according to the Beaver County Times, and leads the WPIAL in rushing at 1,816 yards on 100 carries, an average of more than 18 yards per carry.

He is tied for the WPIAL scoring lead on the strength of 26 touchdowns and 18 two-point conversions, and 10 of his scores have covered at least 50 yards.

Hough was recognized as the Sports Illustrated All-American “Freak of the Week,” in late September after a game in which he ran for 243 yards on just four carries. He is rated by 247Sports as the No. 76 RB recruit nationally and the 29th-best overall prospect from Pennsylvania.

“We know when he touches the ball, anything can happen,” Beaver Falls football coach Nick Nardone recently told the Pittsburgh Post-Gazette. “A lot of people don’t realize how much speed he has. Yeah, he’s big and tough to tackle, but he’s running away from defensive backs and that’s what’s impressive.”

Hough, who verbally pledged to join SU on April 20, has flashed the potential to join the mix of young running backs returning for the Orange next season. In addition to emerging freshman Sean Tucker and redshirt sophomore Cooper Lutz, SU is likely to bring back freshman Jawhar Jordan (injury), junior Jarveon Howard (COVID opt-out), and possibly even senior Abdul Adams (COVID opt-out).

Hough is part of the best recruiting class for the Orange in 14 years, according to 247Sports composite rankings. The SU 2021 class is ranked 48th nationally — its highest spot since 45th in 2007. The 21 verbal commits are all rated at three stars and can begin inking letters of intent at the start of the NCAA early signing period on Dec. 16.

The highest-ranked prospect of the class, cornerback Darian “Duce” Chestnut, helped Camden High School in New Jersey to a 3-1 record entering its first league playoff game this weekend. According to stats at nj.com, Chestnut has recorded 14 tackles and an interception to go with 10 catches for 196 yards and a touchdown as a wide receiver.

Chestnut is rated by 247Sports as the 29th cornerback nationally and seventh-best prospect at any position from his state. He was a consensus four-star player this summer and was SU’s highest-ranked recruit in eight years upon his commitment, but later dropped in some rankings due to a hand injury that hindered his early-season performance.

Other incoming SU prospects shining this fall include 6-foot-4 wide receiver Oronde Gadsden II, who has scored five touchdowns and averaged 12.5 yards per catch for American Heritage HS in Plantation, Fla., along with tight end Landon Morris, who has tallied 39 receptions for 588 yards and six touchdowns for Fisher HS in Indiana, according to maxpreps.com.

Former SU All-American safety Andre Cisco signed with agents at Athletes First this week, according to the NFL Network, officially signifying his entry in the 2021 NFL draft.

Cisco played two games this season before suffering a season-ending torn ACL during pregame warmups, and is completing his rehab at Proactive Sports. He announced plans to opt out and declare for the draft Oct. 13.

Cisco is a potential first round pick and hauled in 13 interceptions across 24 career games, which is tied for fourth in SU history.

The next opponent for SU coming out of the bye week, Louisville, returned to practice earlier this week after a brief pause due to positive COVID-19 tests.

The Cardinals’ game against Virginia was postponed from last week and is on track to be played at 3:30 p.m. Saturday.