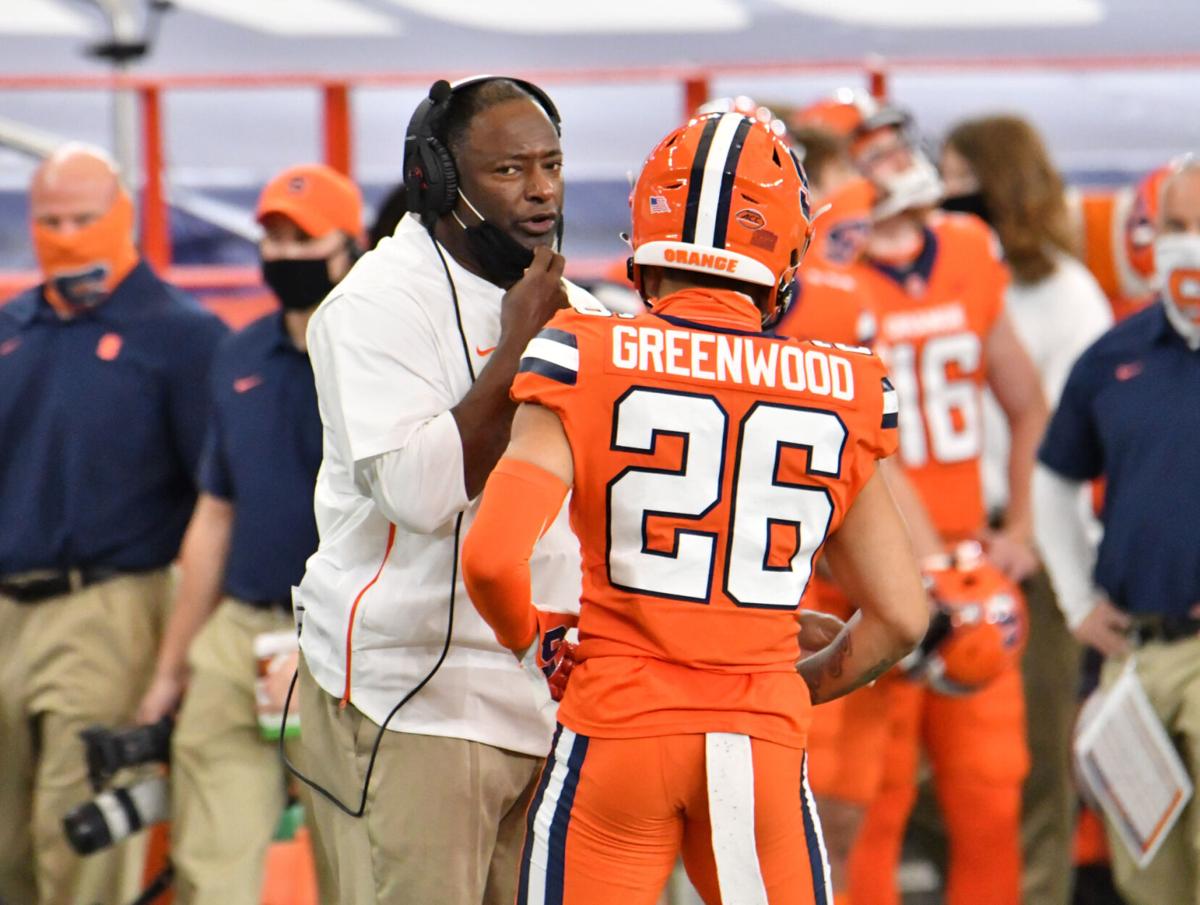 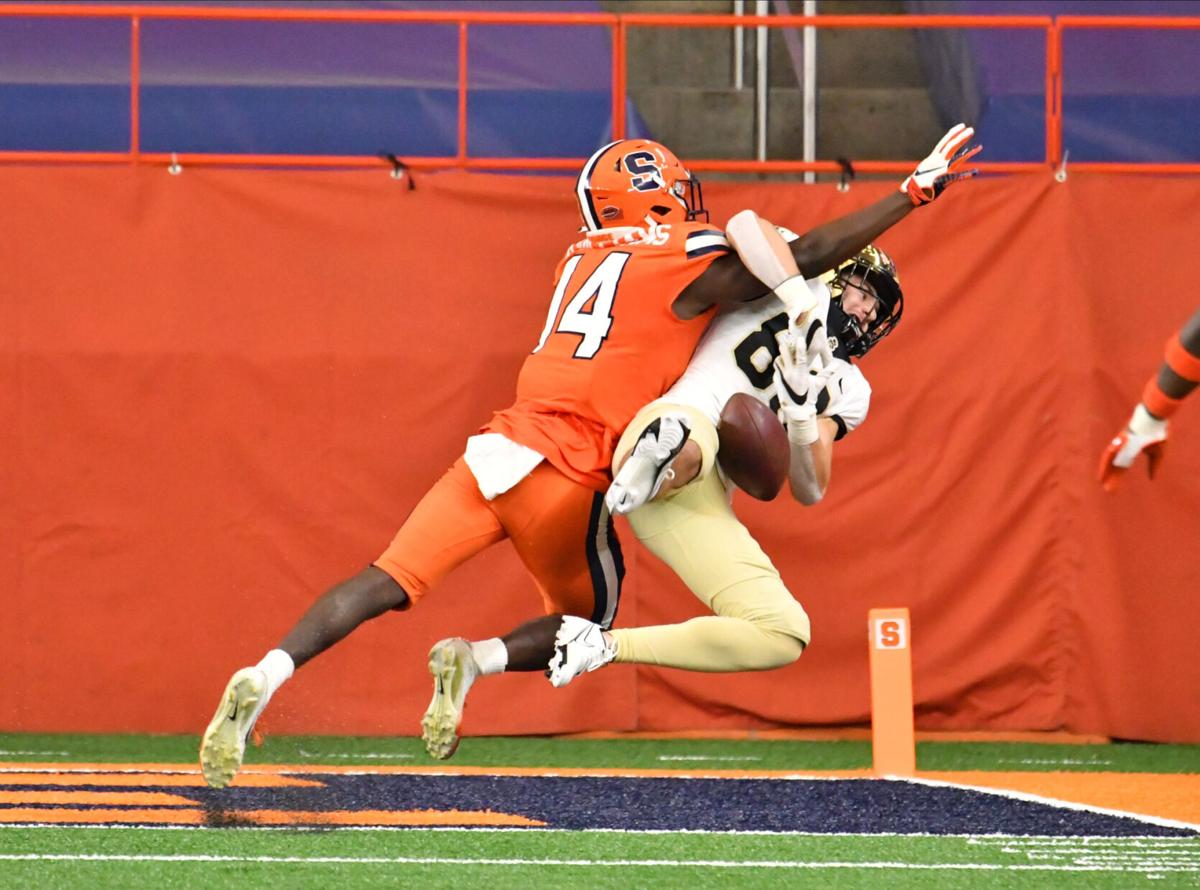 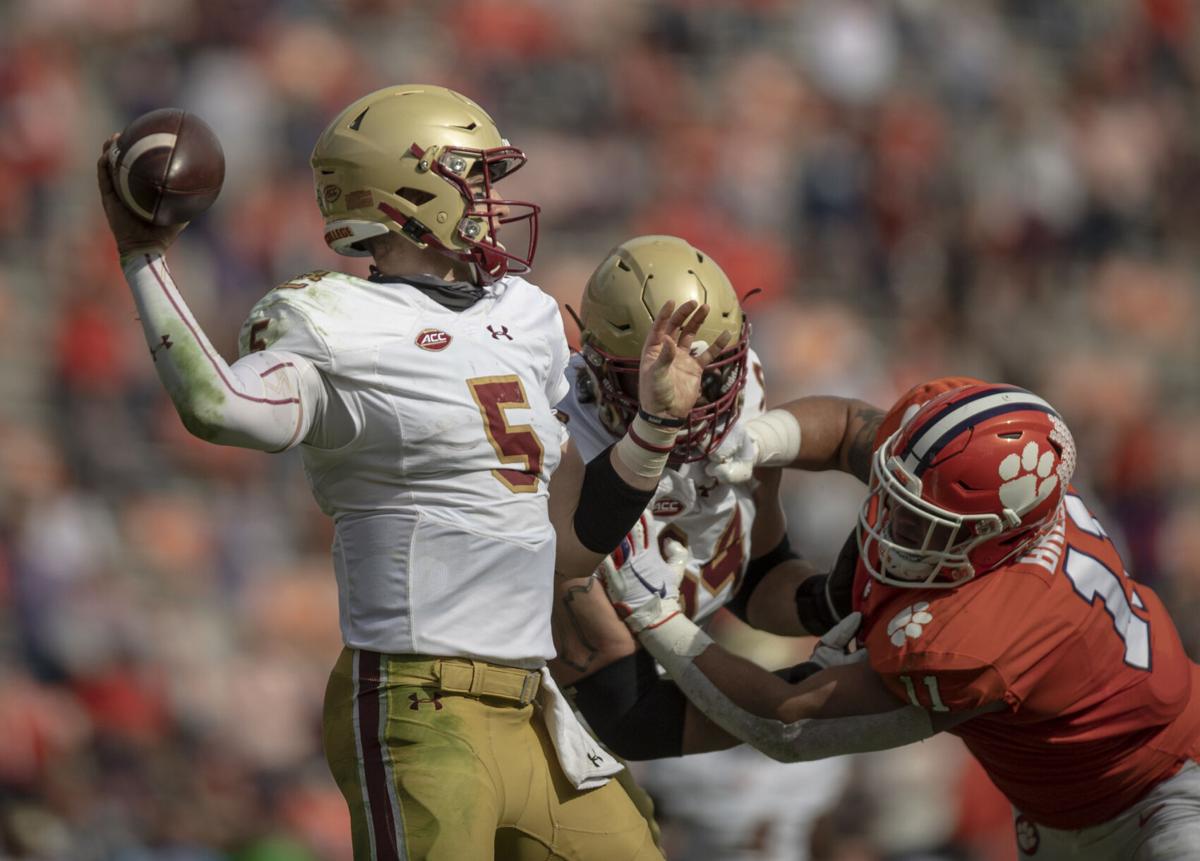 The rising Syracuse University football cornerback tandem of Ifeatu Melifonwu and Garrett Williams will have its work cut out against the new-look aerial attack of Boston College today.

The Orange (1-6 overall, 1-5 Atlantic Coast Conference) will host the Eagles (4-3, 3-3) at 2 p.m. in the Carrier Dome with fans barred from attending due to state COVID-19 mandates. The ACC clash of former Big East foes will be televised locally on the YES Network.

The matchup is expected to look nothing like the traditional ground-and-pound battle between the longtime regional rivals, such as last season when the Eagles gained 496 rushing yards en route to victory, the most for any team against the Orange.

Boston College instead enters with the ACC’s leading passer — sophomore quarterback Phil Jurkovec, who is a transfer from Notre Dame — under first-year coach Jeff Hafley. Syracuse will look to combat with one of the nation’s premiere defensive duos, Melifonwu and Williams, who have been targeted a combined 81 times without surrendering a touchdown, according to Pro Football Focus College.

“Their team has really kind of flipped sides, they’re really throwing the ball a lot more with the transfer from Notre Dame,” SU coach Dino Babers said. “They’ve got a bunch of transfers that all became eligible, so it’s almost like they’re a little bit different team than what we faced in the Dome last year.”

Jurkovec ranks fifth nationally and tops in the ACC with 1,875 passing yards, and his 14 passing touchdowns rank 13th in the FBS. He amassed the most passing yards, completions (152) and touchdowns of any BC passer in their first five career starts.

The Eagles rank 29th nationally in pass offense, its best in a decade, after finishing 113th a season ago. They are sitting at 94th in rushing offense following a top-20 finish last year, including the record performance against the Orange.

They have aggressively taken to the air in their first season operating a pro-style offense under the guide of Hafley, who was co-defensive coordinator at Ohio State last year and a defensive backs coach for the San Francisco 49ers from 2016-18.

Wide receiver Zay Flowers ranks 15th nationally and third in the ACC with 536 receiving yards to go with five touchdowns, while Hunter Bryant leads the nation in catches for a tight end with 41 to go with 478 yards and three scores.

Melifonwu, a junior, and the redshirt freshman Williams are poised for the challenge. Williams leads the country with 45 targets faced without surrendering a score, and Melifonwu is second with 36.

Melifonwu is tied for the ACC lead with seven pass breakups, while Williams is tied for fourth with six. As a unit, SU ranks fifth nationally and leads the ACC with 36 total passes defended, and paces the FBS with 17 takeaways.

“We watch a lot of film together, we do a lot of stuff post-practice, and I feel like he plays to his strengths and I play to my strengths and we just work off each other,” Melifonwu said of his fellow starting cornerback.

“The challenge (with BC) is they do a lot of motions and stuff, so in the back end, our communication and our eyes have to be right,” Melifonwu added.

The lockdown coverage tandem will be surrounded by three additional freshmen starters in the back of the 3-3-5 base defense — Ja’Had Carter, Aman Greenwood, and Rob Hanna — likely for the remainder of the season after junior Trill Williams announced plans to opt out and enter the 2021 NFL draft earlier this week and join classmate Andre Cisco.

Cisco and former six-year NFL veteran Shamarko Thomas are the only other freshmen to start at safety for SU over the past 15 seasons before 2020.

“Those young people are getting invaluable reps, to be able to be a freshman in the ACC and to actually be able to say that you’re on the field, it’s unbelievable the experience that they’re getting,” Babers said. “Now, they can take that and turn it into a positive and finish out the season strong.”

SU may also turn to youth at quarterback during today’s game. Babers stated during his weekly radio show Thursday night that freshmen JaCobian Morgan and Dillon Markiewicz each received practice reps behind the first-team offensive line, along with redshirt senior starter Rex Culpepper.

SU is on bye next week and will return to play a Friday night game Nov. 20 at Louisville. SU has one home game after today, Nov. 28 against North Carolina State, and has yet to permit fans this season due to state coronavirus restrictions.