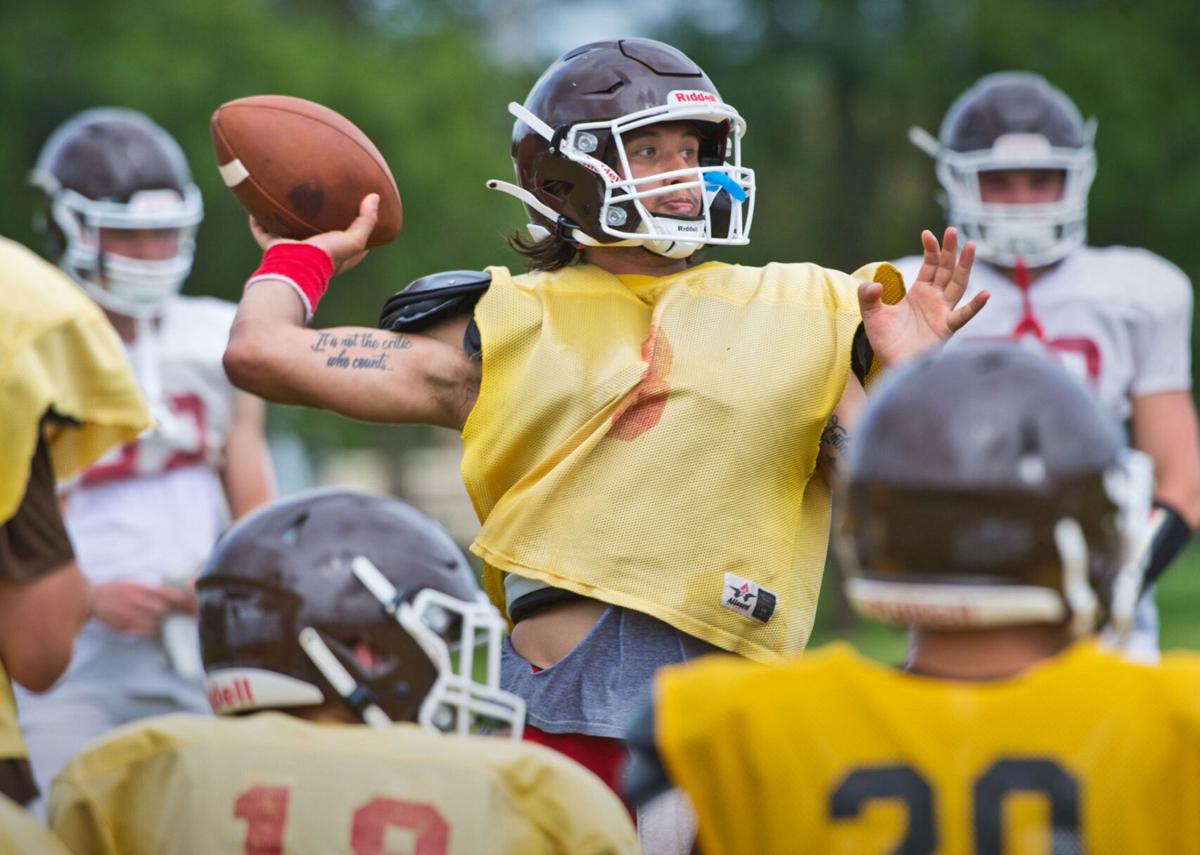 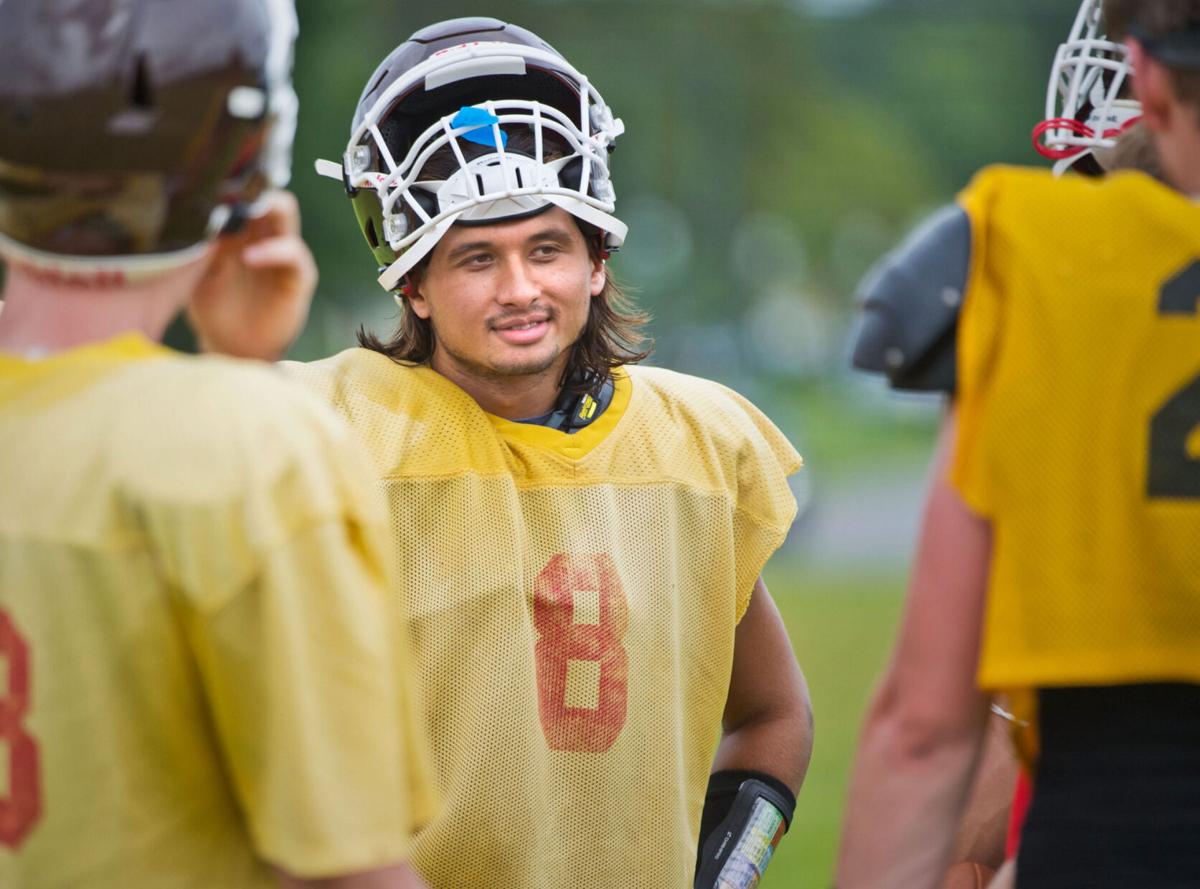 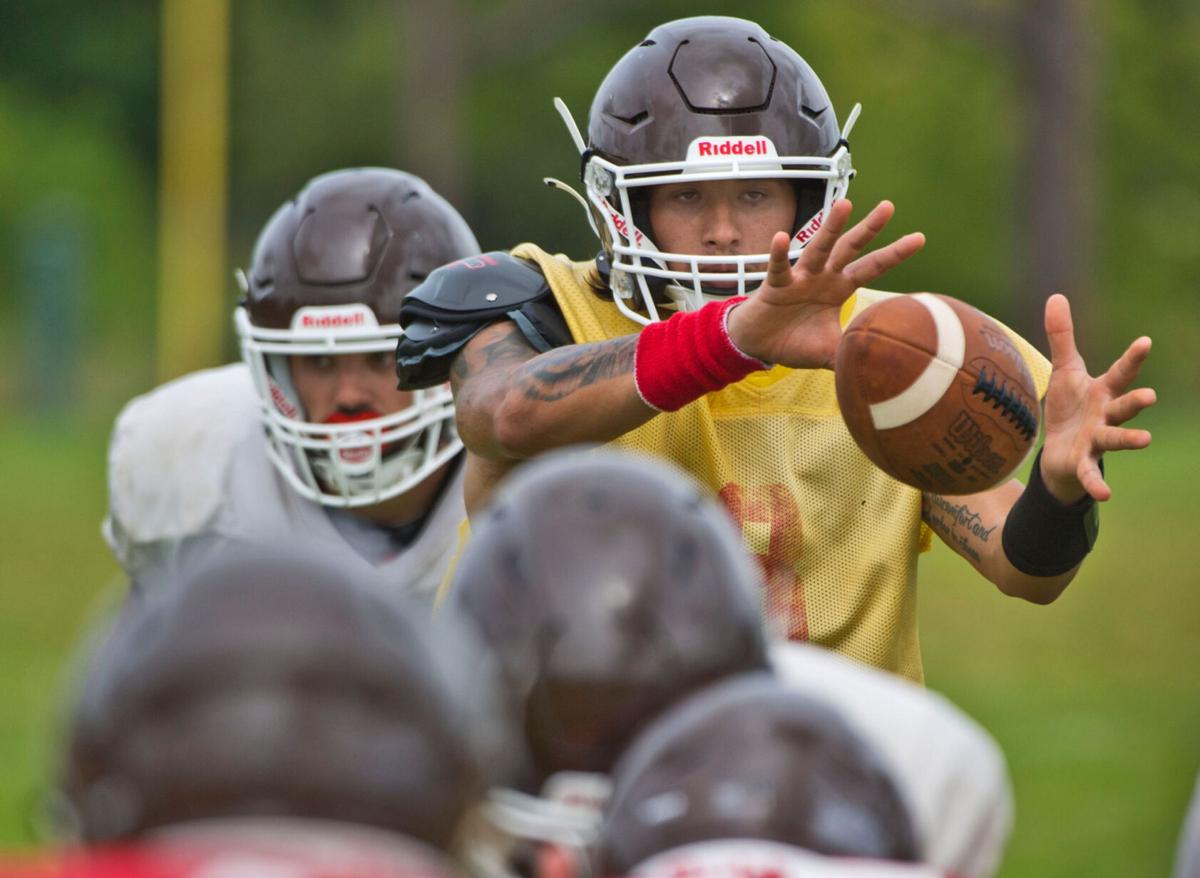 St. Lawrence’s Tyler Grochot plans to work as a firefighter after his college career is over. Christopher Lenney/Watertown Daily Times

St. Lawrence’s Tyler Grochot plans to work as a firefighter after his college career is over. Christopher Lenney/Watertown Daily Times

CANTON — The newest volunteer firefighter in the village of Canton also happens to be one of the best quarterbacks in NCAA Division III football.

St. Lawrence University quarterback Tyler Grochot, who already holds several school records as he heads into his junior year, plans to be a firefighter when his college days end. He recently interviewed to be one of Canton’s volunteers.

“I’ve always wanted to be a firefighter ever since I was little,” Grochot said. “My cousin is a firefighter. Last spring, with my semester off of school, I actually enrolled in a firefighter academy and got my certification. I did take one step closer to fulfilling that, which I’m actually excited about.”

A 5-foot-11, 190-pounder from Ottawa, Ontario, Grochot will spend this year and next playing quarterback for the Saints before he begins his other career extinguishing flames.

He already sees some similarities in the two pursuits.

“I think being a quarterback, and being on a football team, really gave me a sense of calmness,” Grochot said. “Wearing the firefighting (mask) really just gave me a sense like I was wearing a football mask and helmet. I was able to see through it, not noticing it was around me. A lot of guys get claustrophobic with that. Football is that mentality, work, work, work, work, work. That’s kind of what it is in the fire business, especially at the academy.”

Grochot, like every Division III football player, did not get to play last season due to COVID-19.

The 426 passes are a single-season SLU record, as are his 247 completions, the 2,978 yards and 297.8 yards per game. He also set a school record with six touchdown passes in a game against Rochester.

“He was highly recruited,” Saints coach Dan Puckhaber said. “There are friends who are coaches in the profession that still bring up the fact that we were able to get him. He was an Ottawa kid, so our location worked in our favor for recruiting.”

Grochot left Canada to attend Saint James High School in Maryland, where he was a four-year starter and three-year captain.

The experience was necessary for Grochot to know how to play American football before going to college, who had grown learning the Canadian style of three downs, a wider field, and more people in motion on plays.

Grochot became an immediate starter at SLU in 2018, playing in eight games and passing for 1,992 yards with 17 touchdowns and 12 interceptions.

“Our expectations for him were really high,” Puckhaber said. “We had high expectations, but he still surpassed those.”

There is a lot of precision involved in SLU’s offense, and not playing a game since the fall of 2019 has caused some adjustments early in the preseason. “In our passing game the difference between a catch and not a catch is six to eight inches,” Puckhaber said. “We are trying to get back into that rhythm and understand what the other guy is going to do.”

Said Grochot, “Football in general is just very hard to emulate (without games). I think that’s something I was nervous coming back into, the fact that I haven’t seen a lot of defense for a long time. I pretty quickly got back into the flow of things.”

One of the people protecting Grochot from defensive players this season is Potsdam native Max Warden, who is 6-3 and weighed 300 pounds in 2019.

“As soon as I heard he was coming back and was going to be my left tackle, I was ecstatic,” Grochot said. “He is above all one of the best linemen I’ve ever played with, and I have a lot of appreciation for them.”

Another local player who will work with Grochot this season is Peyton Schmitt, a former standout running back at Gouverneur.

“He’s just an explosive player,” Grochot said. “I love having him behind me, being able to get the ball in his hands. He’s one of those players, if you get him the ball in the open field, he’ll make something happen. We’re really excited about what he might be able to do for us.”